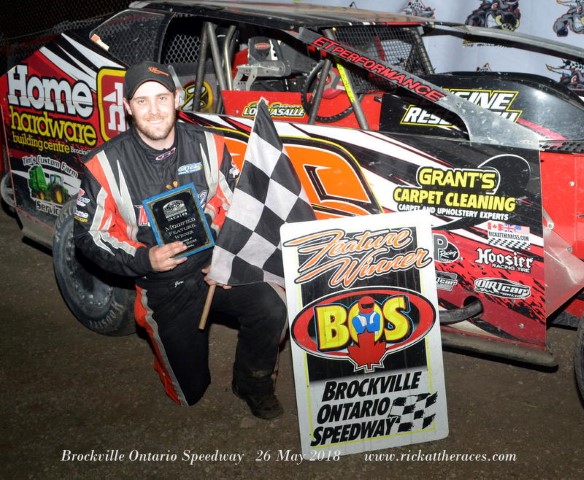 After last weeks series of events, the last seven days have been a lot quieter. Following the theft of my car and the subsequent damage done, during it’s captivity, I have been going through the motions of the insurance claim. At the moment I have a Chevy Equinox rental car. 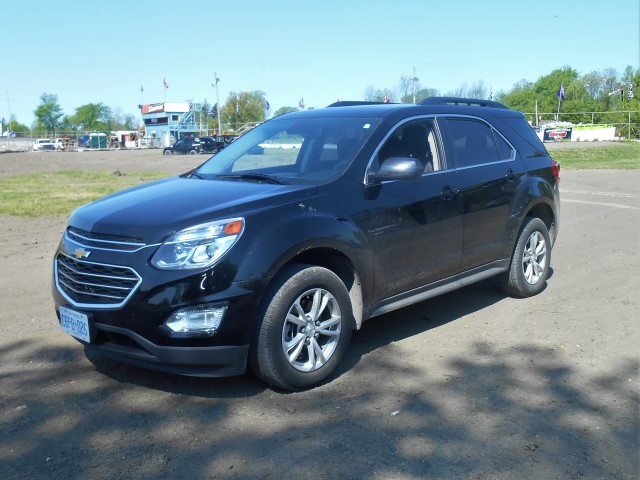 The first race on my agenda was the regular Friday night show at my local Mohawk International Raceway (25 May) . I had things to do around the home so left it late leaving Cornwall. 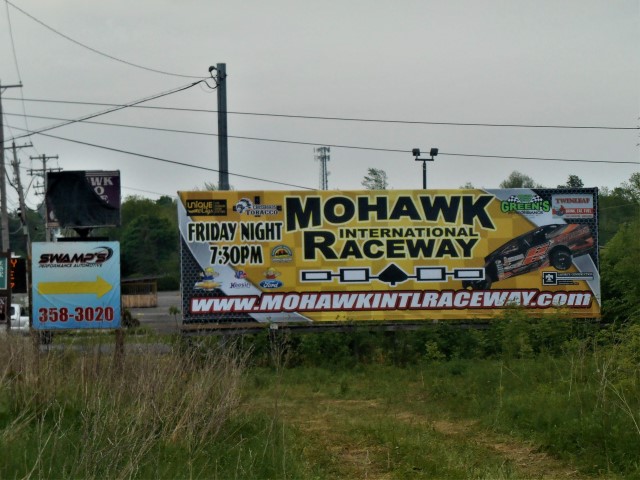 I arrived , at the track about an hour before start time, just as it began raining. It was nice to see, the new banner had been erected at the end of the road.

With plenty of rain to come that night, the races were called off. So after chatting to a few friends in the pits, I retreated to the nearby Twin Leaf Diner for some of their great Spaghetti. There were other race fans in there too, and I joined Hilary Jacobs and her Mom and Dad at their table.

The rain continued through the night and into Saturday morning.  I was a bit concerned that the races at Brockville might be cancelled too, but apparently they had missed all the rain, and the show was all set to go.

I drove there in the ‘rental’ and was there in good time for my customary walk and chat around the pits. 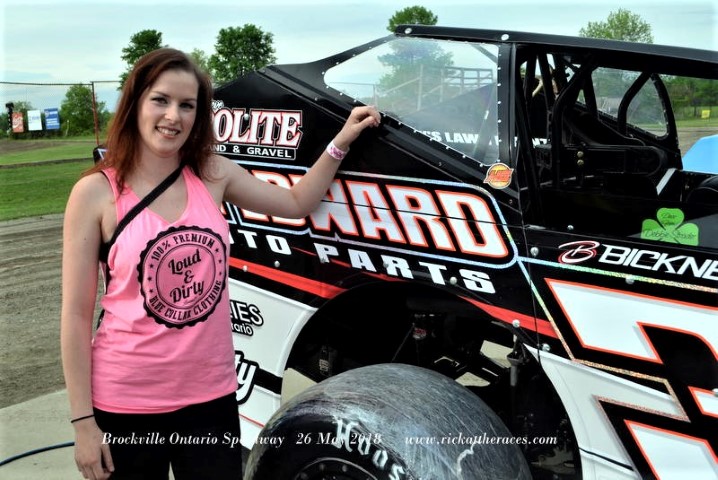 I had a good chat with 358 Mod driver Steve Barber and  anouncer Timmy Baltz, then discovered my good friend Taya Heldens, by her boyfriend, Luke Whittekers  car. 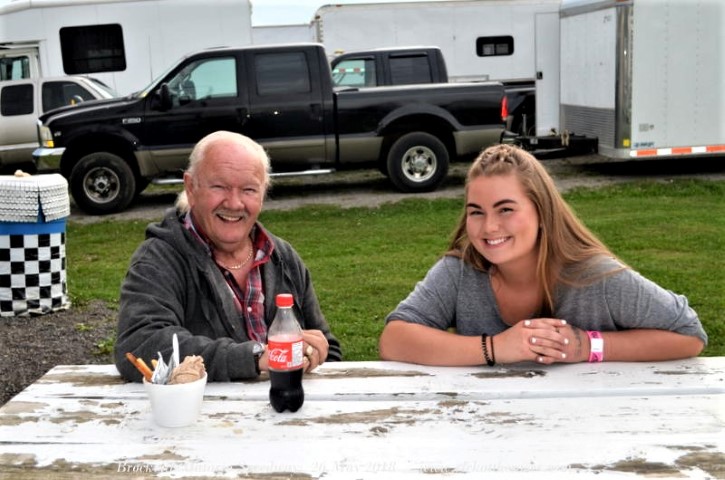 I found another good friend, former Cornwall Promoter,  Ron Morin eating at the pit canteen with his granddaughter Elizabeth. 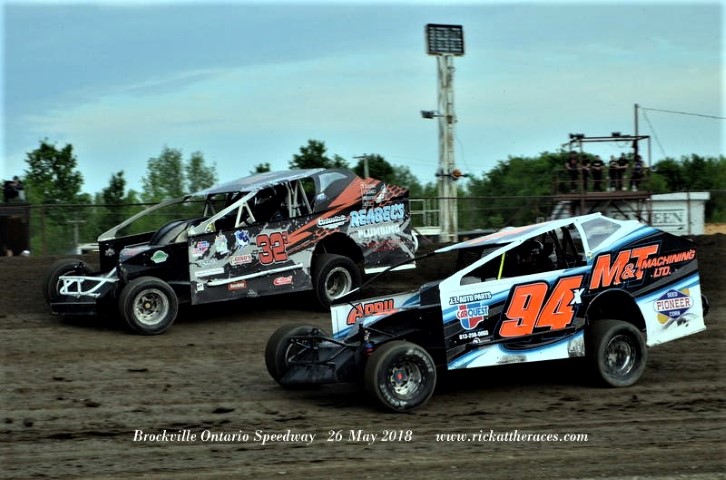 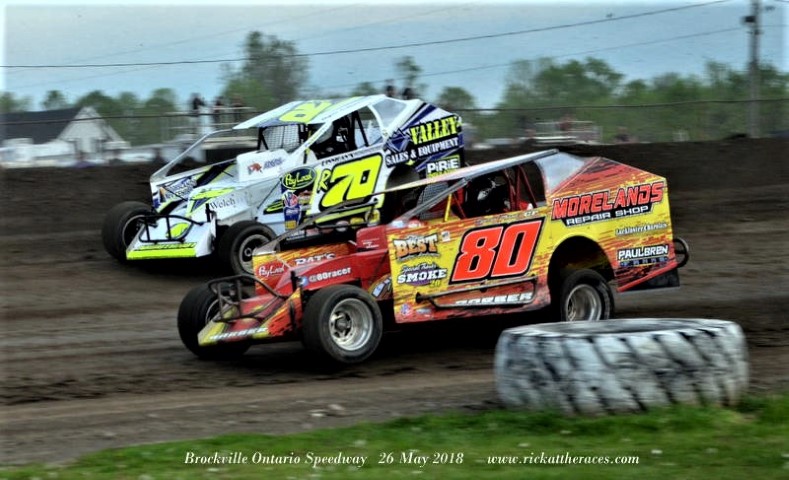 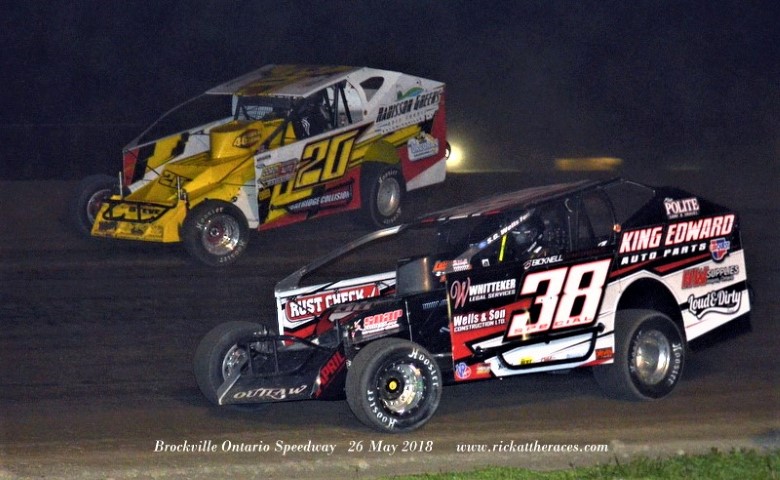 Once the racing got started I moved to my normal spot on the middle, by turn one and two. 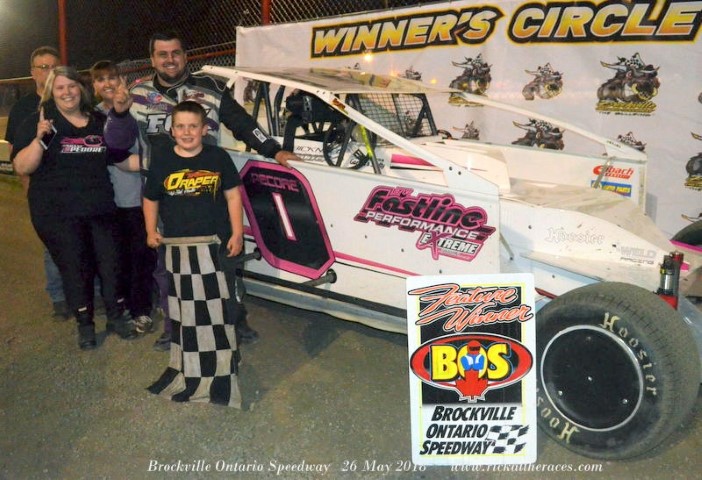 Winner of the Sportsman Feature was Shane Pecore.

The Modified Feature provided a well deserved win for my good friends at the Lasalle Racing team, with Jeremy getting the checkers.

The racing was all over in good time and I was back home in Cornwall before mid night.

Sunday morning  (27 May) was dull and overcast in the city , while surrounding areas suffered from rain. It was enough to affect the fan and driver turnout at the evenings races at the Cornwall Motor Speedway.

It was one of the smallest crowds I’ve seen at the track for many years, but with Mother Nature teasing us like that, it was quite expected. 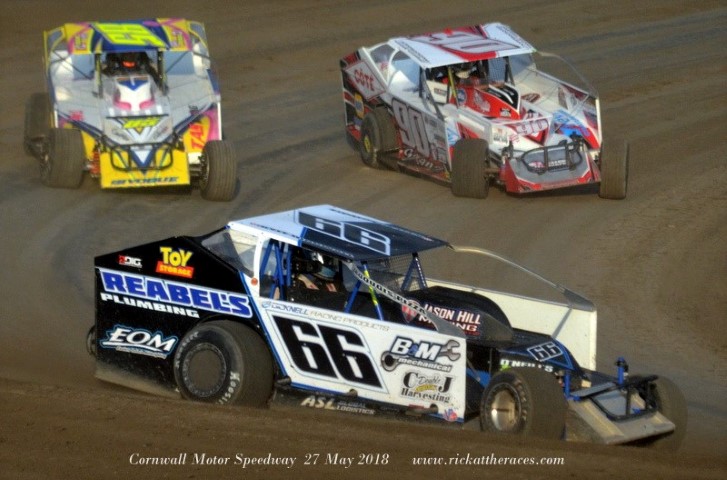 Because of the unpredictable weather, the race program was hurried along . 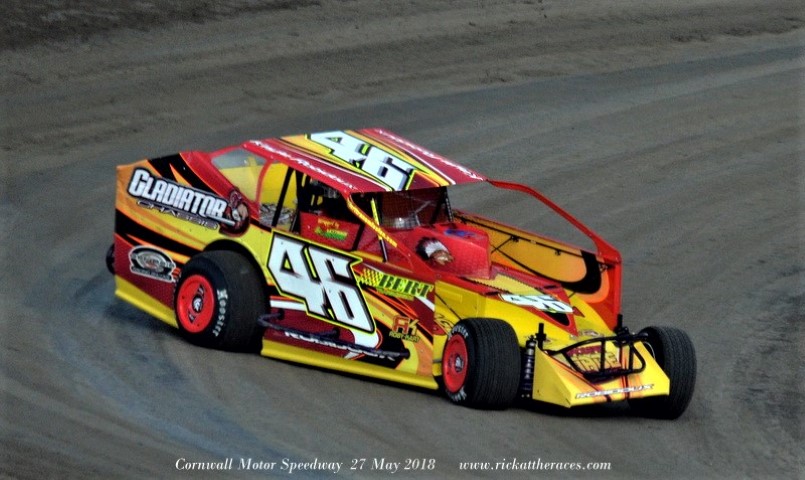 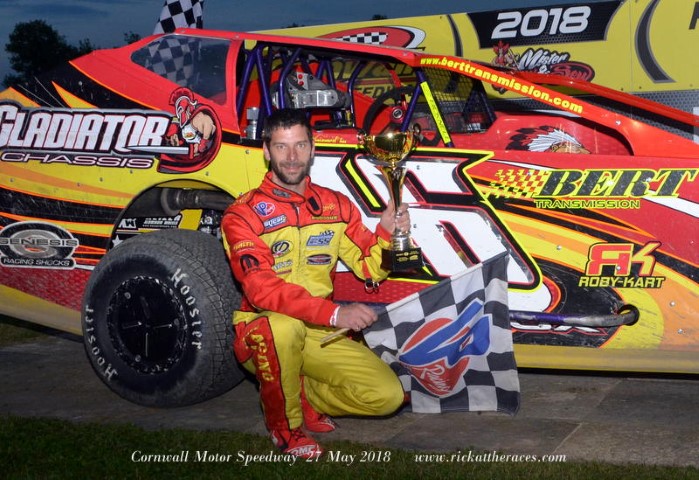 The Modified Feature was won by Kayle Robdoux and Thomas Cook took the Sportsman. 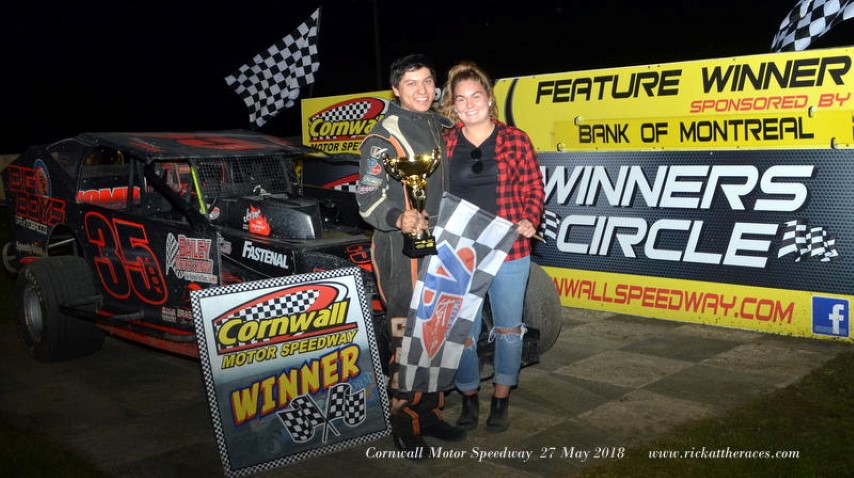 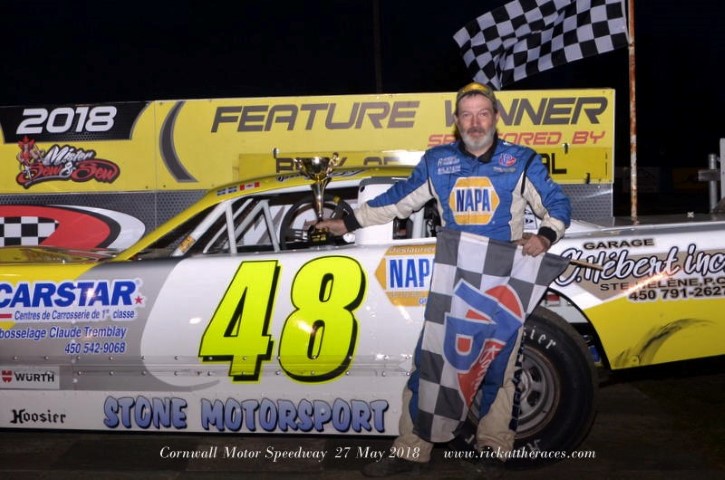 The full program was over shortly after 9-00 pm.

I must admit, with the weather forecast , being as bad as it was, I consider myself lucky to have got to events in this week.