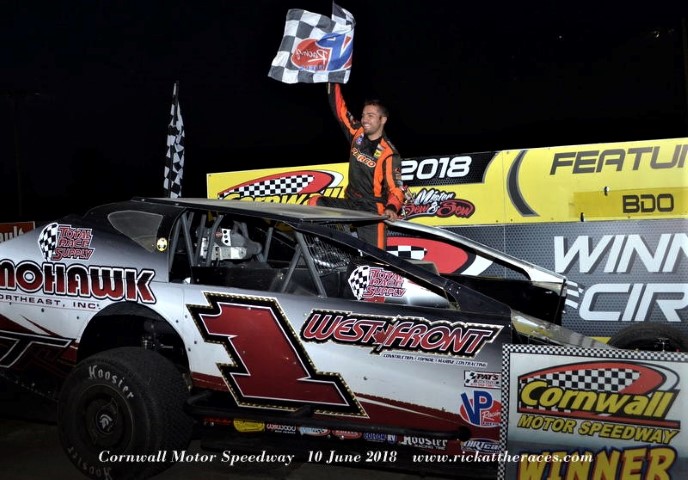 As mentioned in last weeks report, I have my long time friend, Lynn Longdon from Hampshire in the UK, staying with me for a few weeks.  Saying that, I still had to take time out for my monthly I.V.IG  transfusions at the Cornwall Hospital, on Wednesday and Thursday 6/7 June.

After the transfusions on Thursday we took a ride out to the Russell and Carlsbad Springs area to check out some horses that my ‘Tog’ friend Don Simpson and his wife Lise, help to care for. 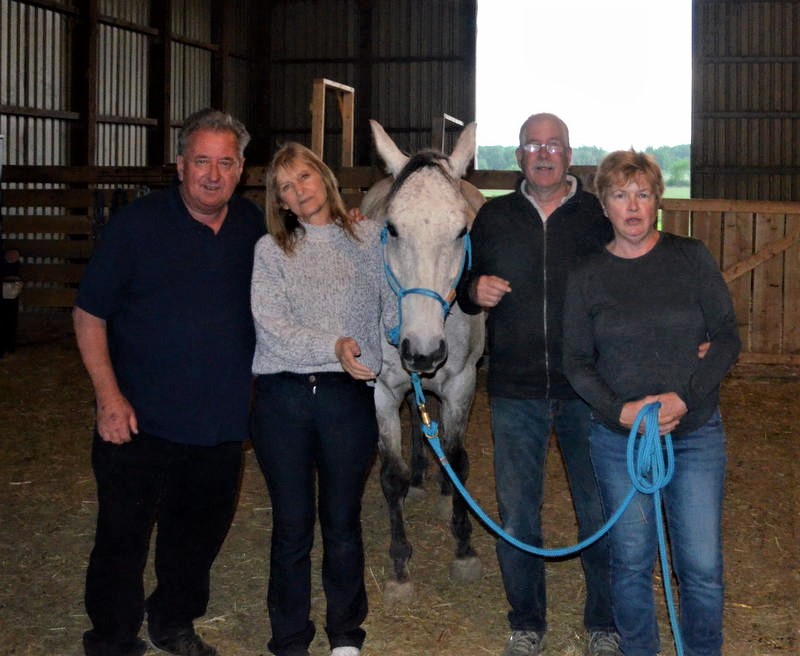 Lynn has been a horse owner since I met her in our teen age years, and it turned out to be a special night for her.

On Friday 8 June, we took my newly acquired Chevy Impala for a short road trip.

We set off from home in Cornwall, around mid morning and we crossed the border in to the USA which is just a five minute drive from my house. Our first stop was Alexandria Bay. 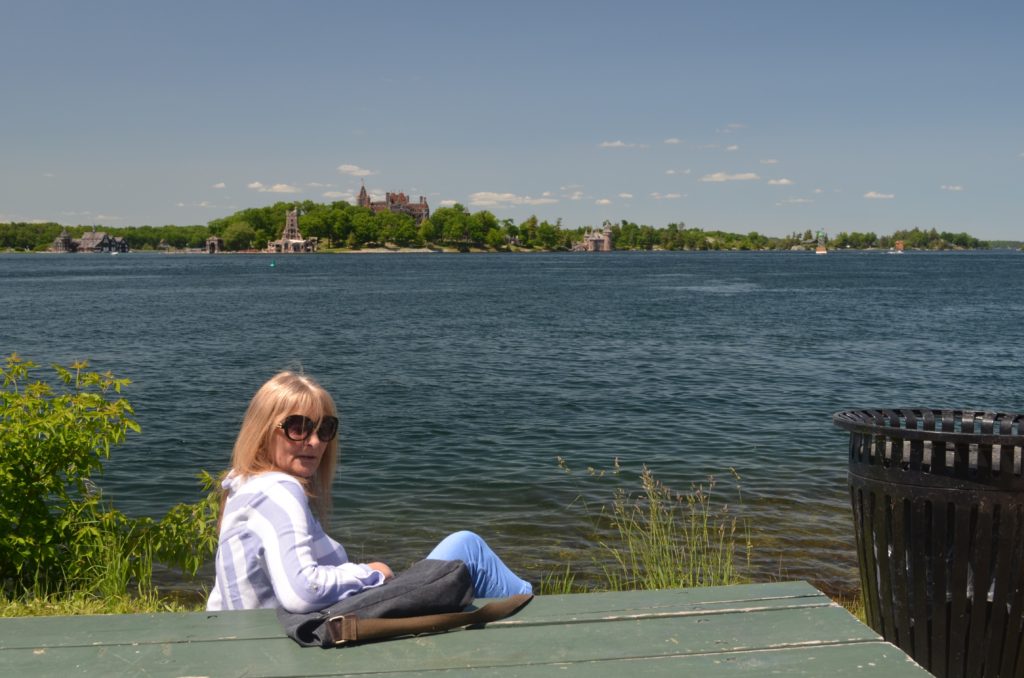 We checked out the views of Bolt Castle  and visited the towns museum . 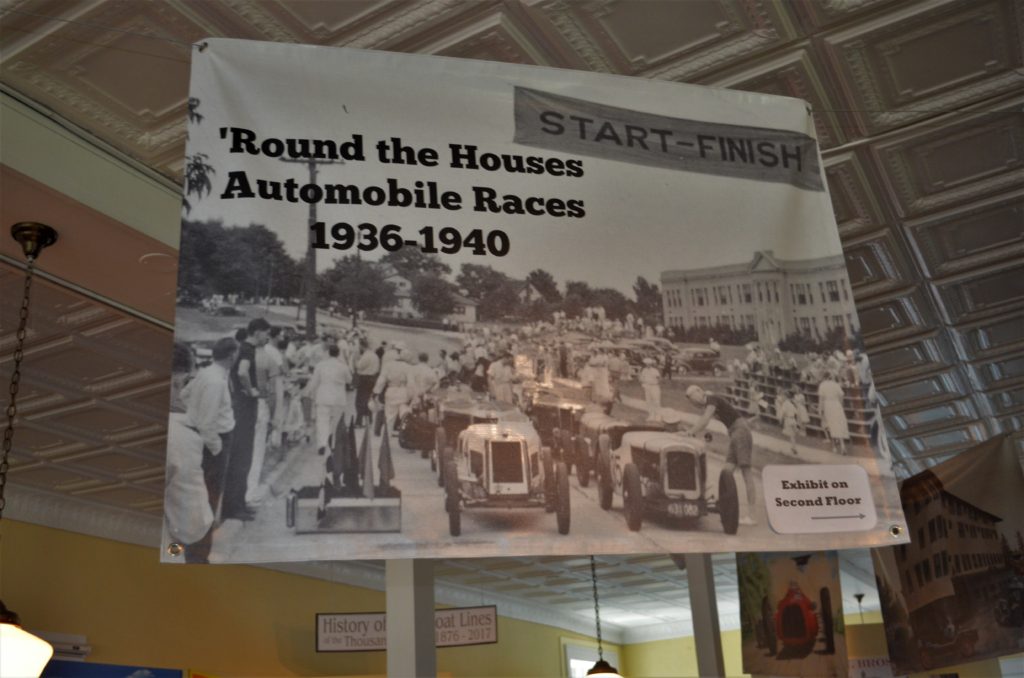 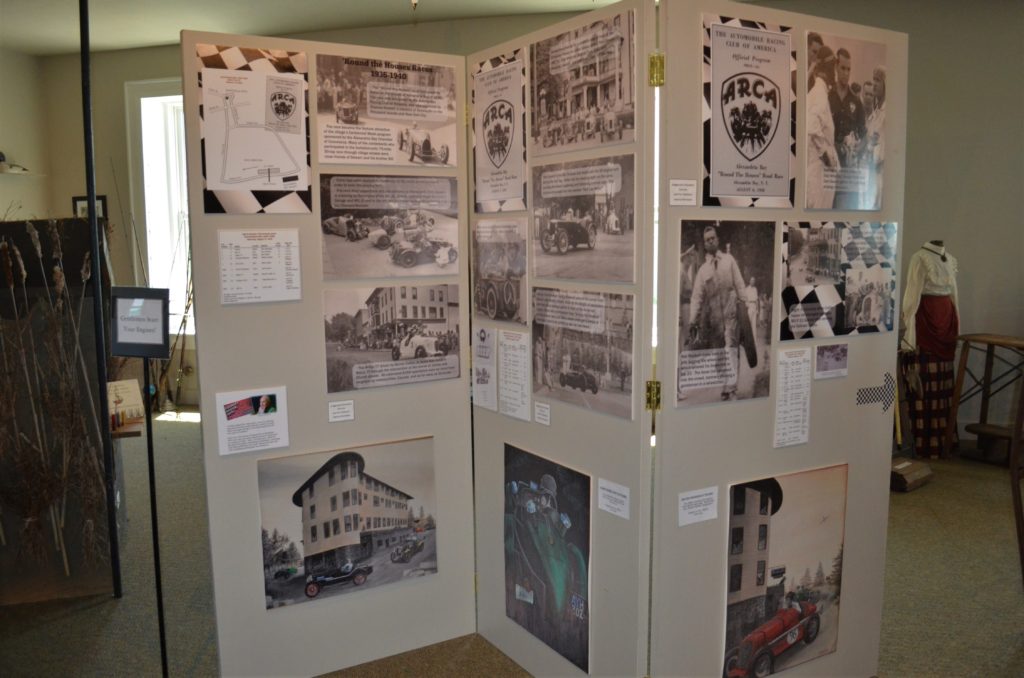 While in the museum, I discovered that back in the early day of Motor Racing, there was a road race through the streets of Alexandria Bay.

After stopping for a cup of tea, we were on our way again to visit the Yellow Barn Winery situated between Watertown and Sackets Harbor. We picked up a bottle as a souvenir before a stop at the Panera Bread for some eats.

From here it was the short drive to Lafageville and the Can Am Speedway.

It was the Battle of the Border Series for Modifieds, which is a joint operation between Can Am and the Brockville Ontario Speedway.

There were 24 Modifieds in attendance as well as race cars from the supporting divisions of Sportsman, Pro Stocks and 4 cylinders. 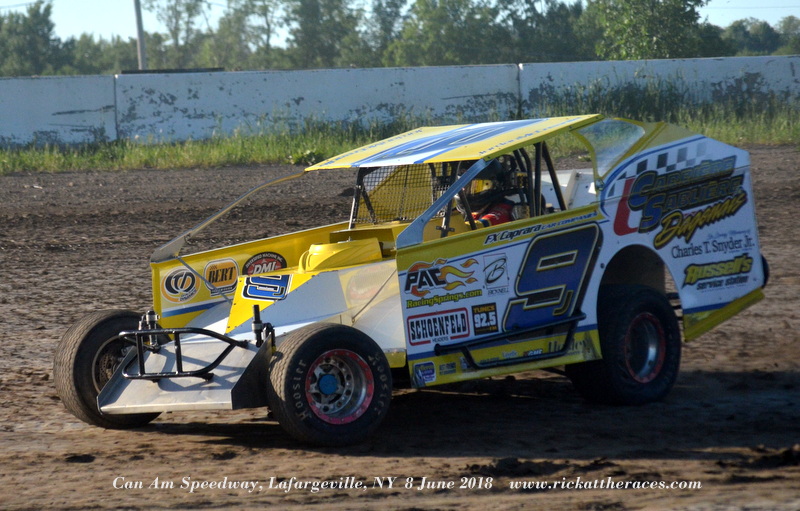 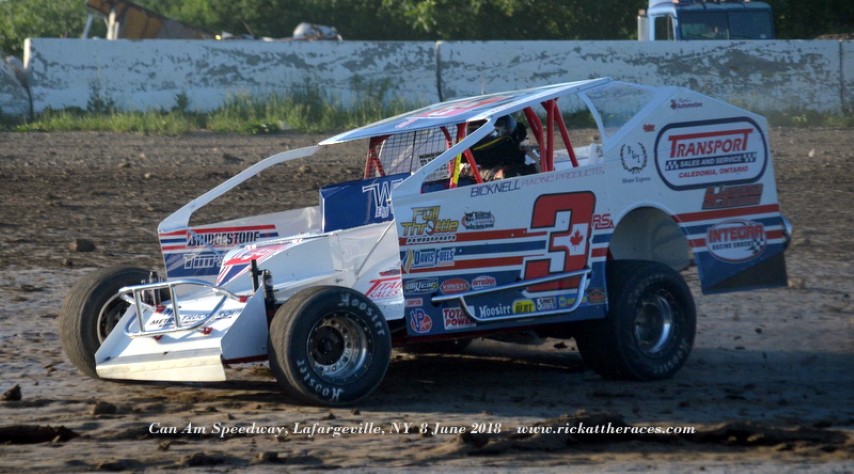 Lynn sat in the grandstands with my friends Randy and Diane Revelle, while I took heat race pictures on turn 3 and 4. 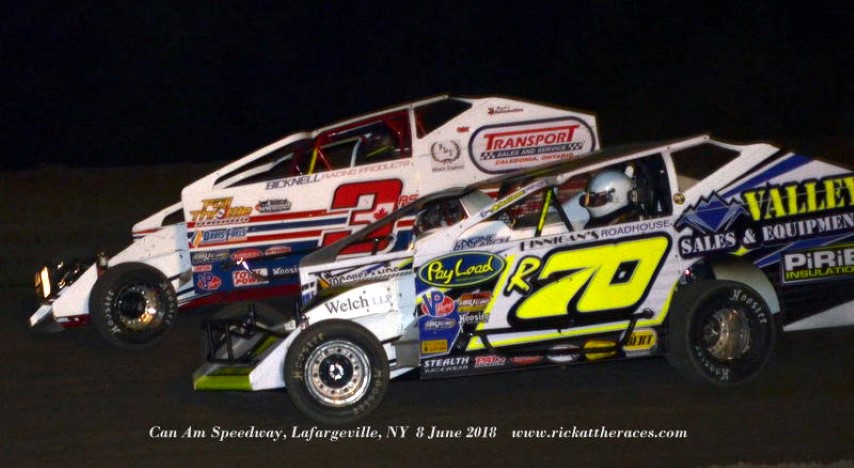 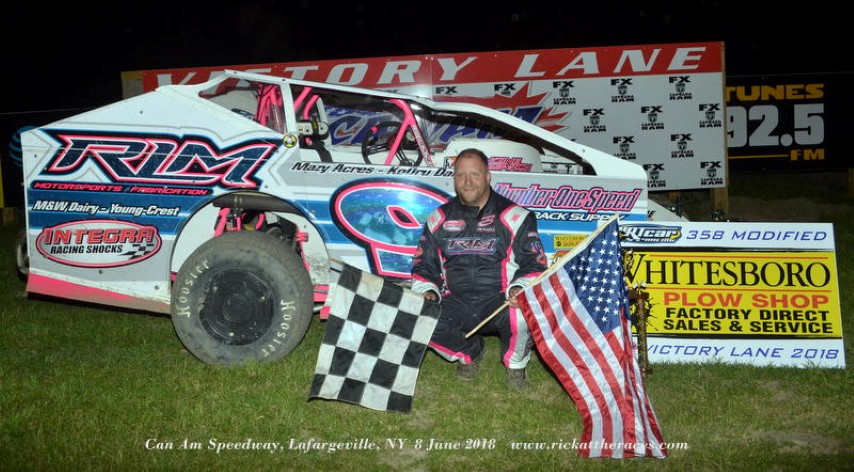 On Saturday I was at the Brockville Ontario Speedway for round two of the Battle of the Border.

Unfortunately for this one, there were no invaders from the USA, but the racing was still good. 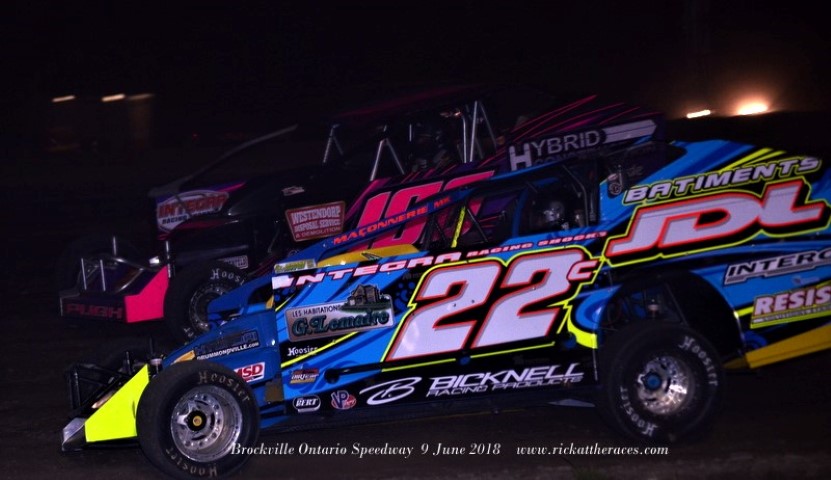 There were two added extras , with Mario Clair and JF Coriveau from Quebec paying a visit. 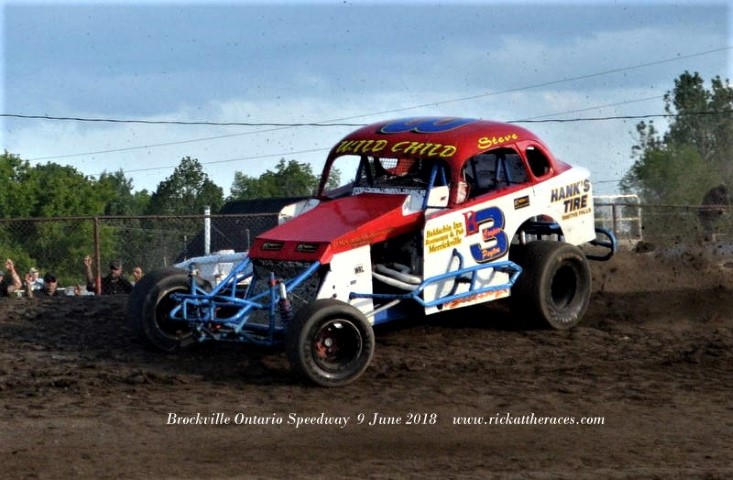 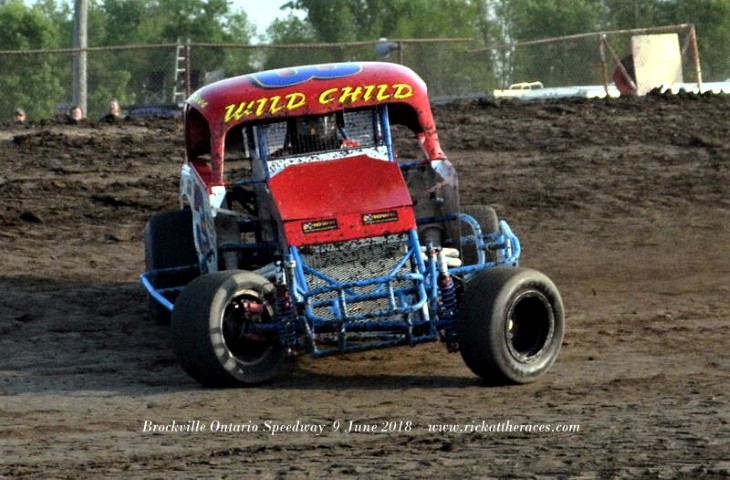 Also on the program , were the Sportsman, Vintage Mods, Street Stocks and Rookies. 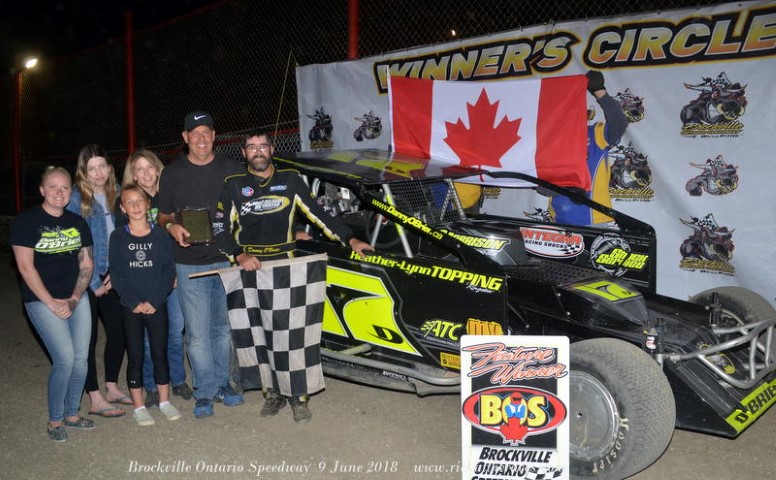 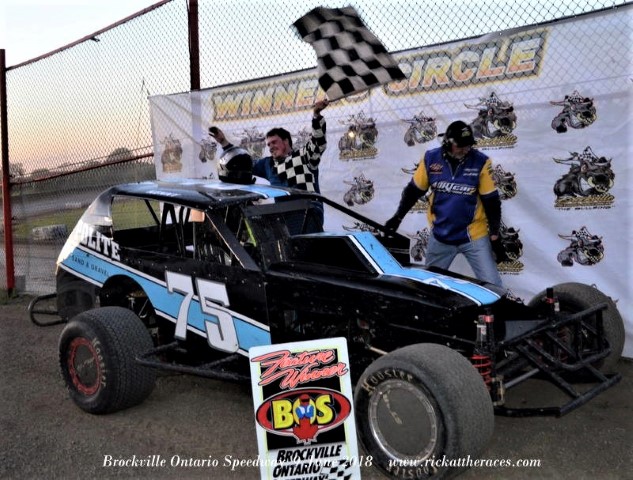 Kenny Polite was the Vintage winner.

The premier Features were over nice and early, and I was back in Cornwall just after 11-00 pm.

On Sunday 10 June,  I spent the early afternoon watching the Canadian Grand Prix on TV, live from the Gilles Villeneuve Circuit in Montreal.  Sebastien Vettel won this one in a Ferrari .

Sunday evening , the Cornwall Motor Speedway were playing ‘catch up’ after the previous weeks races were cut short by rain.

There were double Features for the Mods, Sportsman and Pro Stocks.

It was C.D Beauchamp who won both of the Prostocks races. 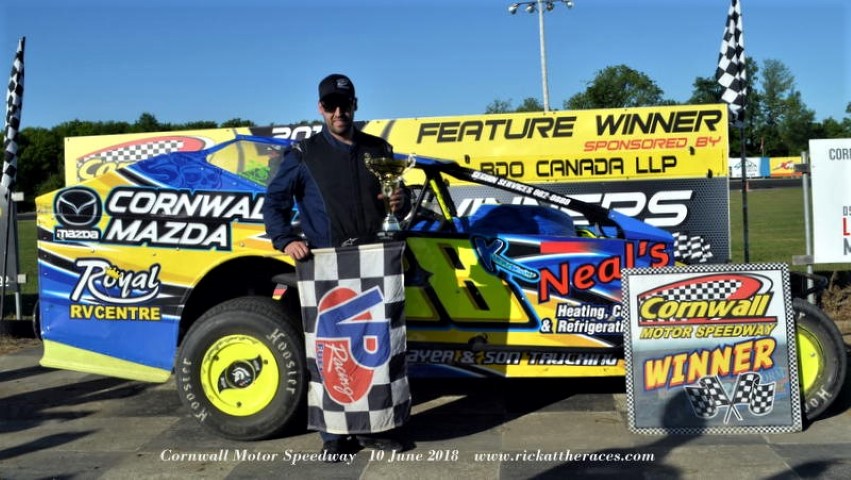 In the Sportsman division it was Kurtis Cayer who took the first one.

The second one,  saw my good friend Justin Lalancette take the checkers.

It was Justin, a salesmen at Seaway GM in Cornwall who recently sold me my Chev Impala.

As for the Modifieds, it was a clean sweep for the REZ X team from Akwesasne. 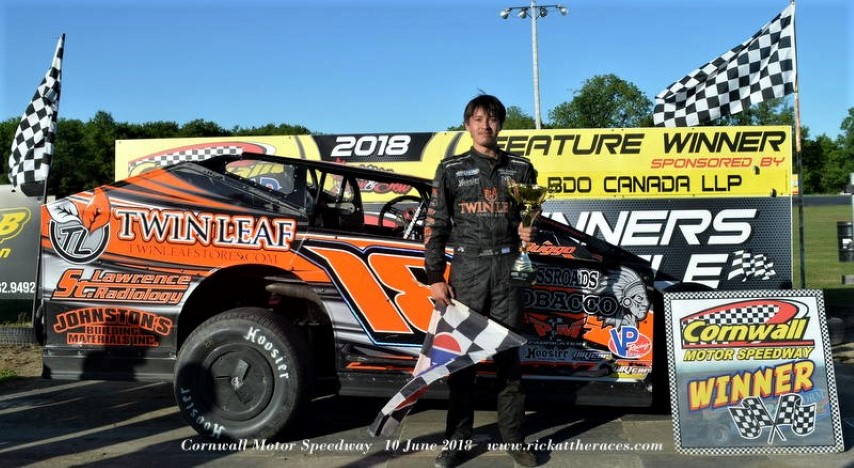 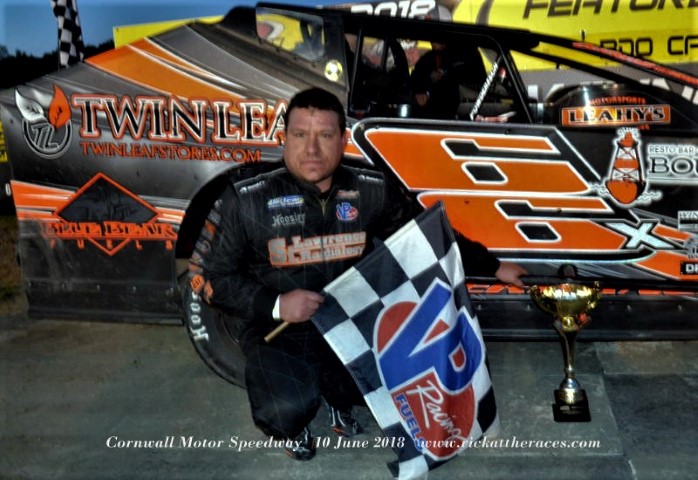 Louie Jackson took the first one and Carey Terrance, took the second. 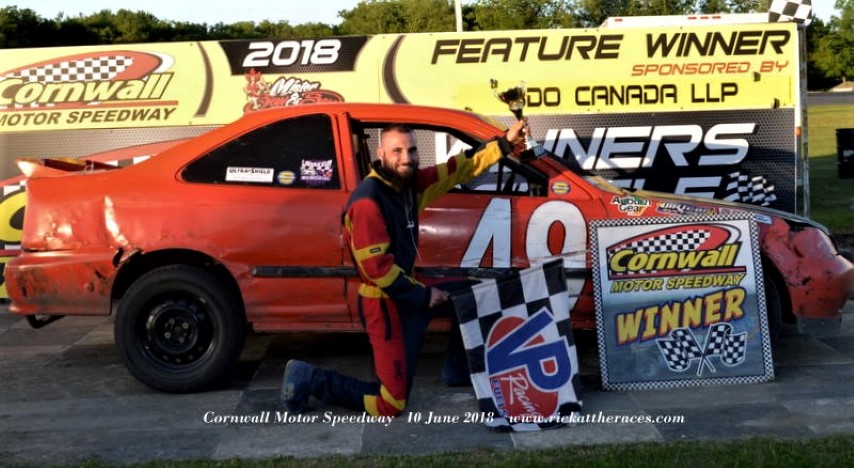 The remaining  division,  the Mini Stocks, had just won feature, which was taken by Alexis Charbonneau.