After my last report, that was a lengthy one which covered my UK trip, this one will be a lot shorter, as I stayed close to home for my racing fix.

I arrived back in Cornwall, Ontario  from England on Tuesday 26 June and by Friday I was ready to catch up with my local stuff.

Since I returned from my trip, we have been experiencing sky high temperatures, and it’s been very uncomfortable in the heat.

Friday night was the start of a CANADA DAY weekend of baking hot weather.

I just took it easy and parked myself in my usual spot on turn four, with my ‘tog’ buddy Don Simpson. 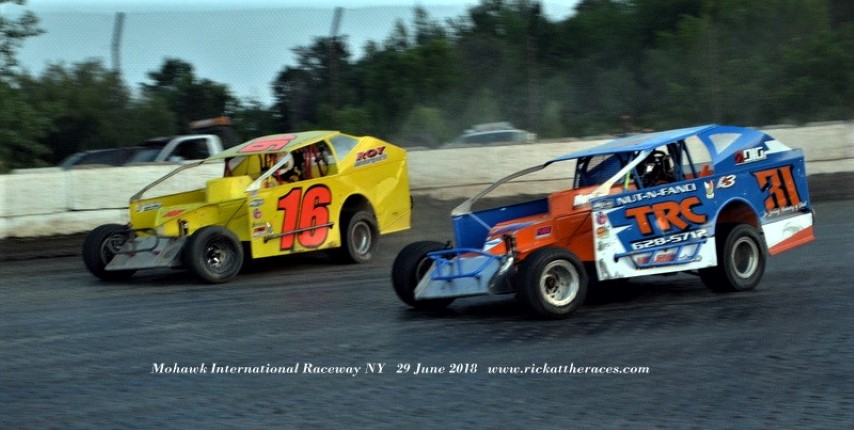 Tim Fuller took the Modified Feature, while Robert Delormier won in the Sportsman. 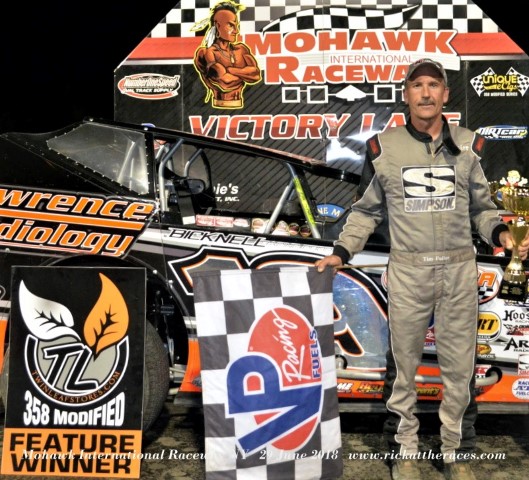 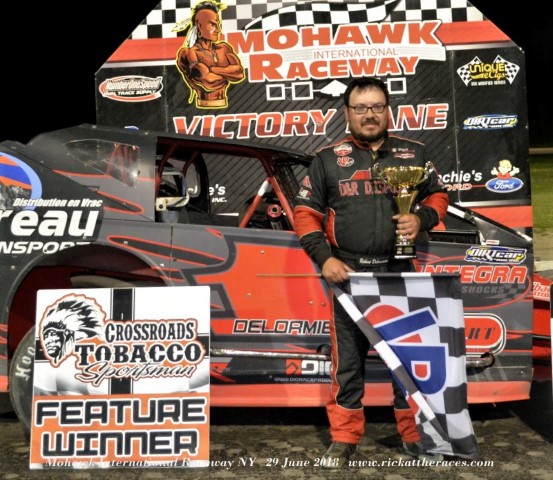 The racing was over nice and early and I was soon back home, cooling down.

Luckily Saturday (30 June) was another short drive down to the Brockville Ontario Speedway. 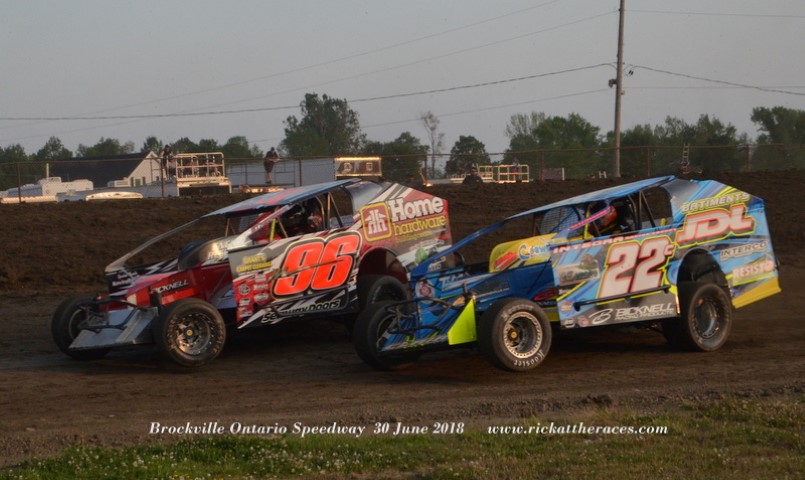 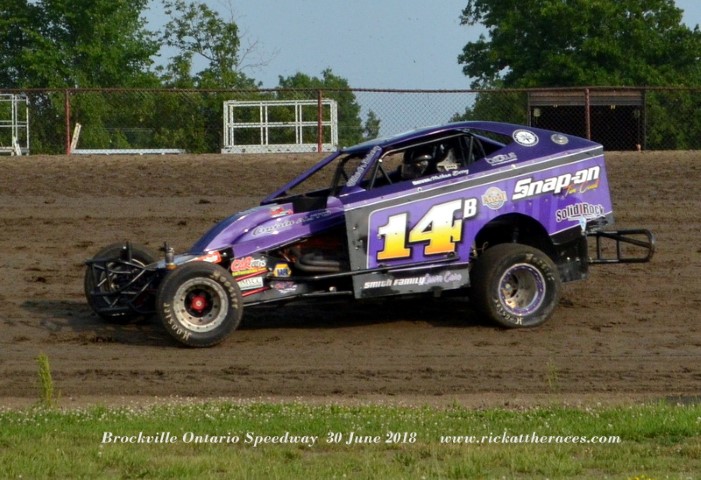 There was a lot on the program, and I’d decided in advance, that I’d leave, after the Modified Feature .

There were Ogilvee Series races for the Mods and Sportsman. 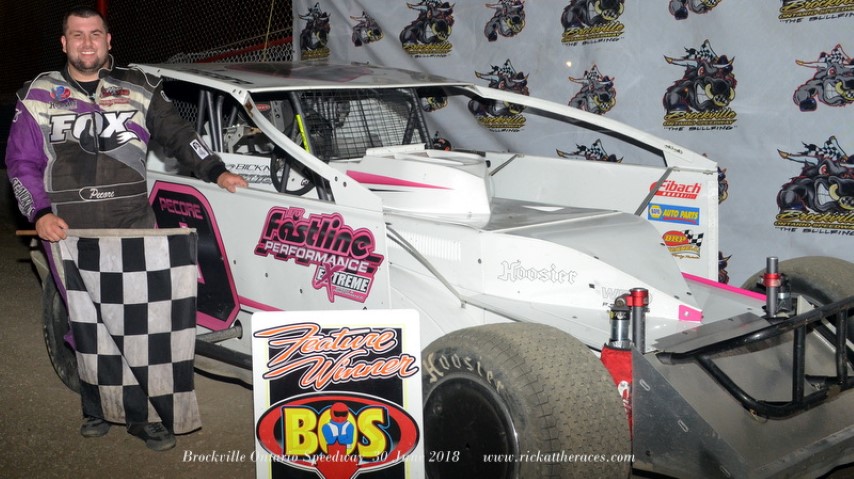 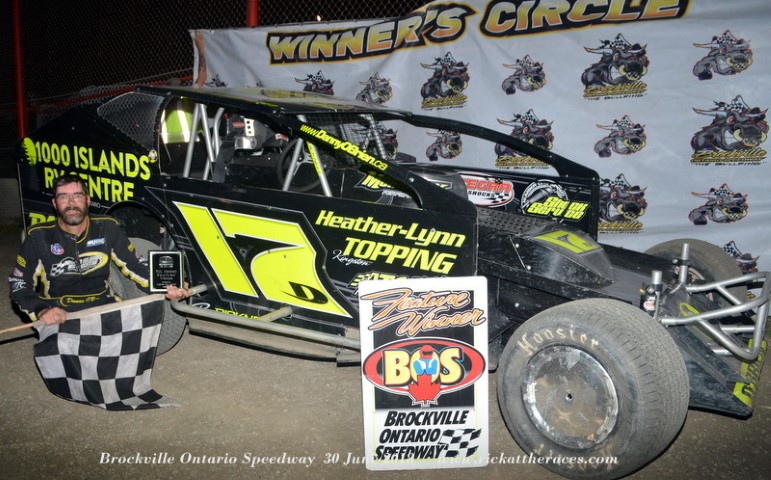 The 50 lapper for Mods was a hard fought affair between six of the top runners, Danny O’Brien grabbing the checkers with a few laps to go.

On CANADA DAY , 1st July, the highlight of the weekend was the Big Block Modified SUPER DIRTCAR SERIES.

The temperature was forecast to soar even higher and things looked great for a great day of racing.

I arrived at the track later than I normally would,  and took a cooler full of chilled water bottles. I was going to need them.

I took my first batch of pics from the Pit Tower. 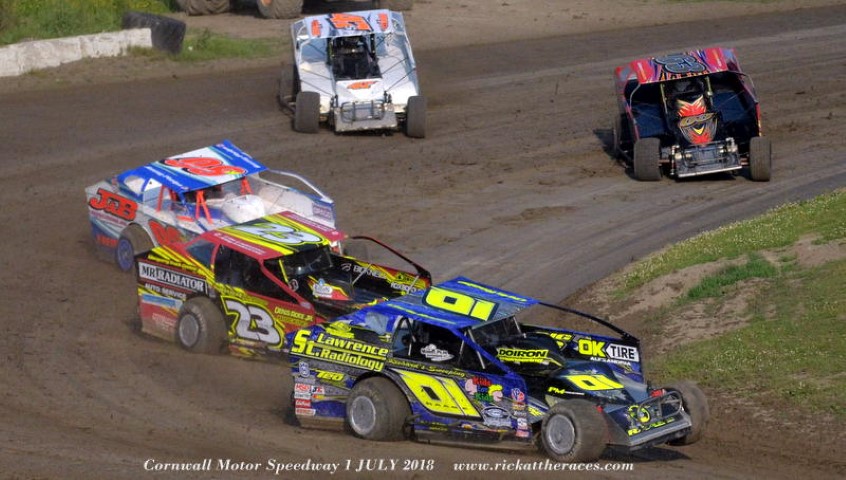 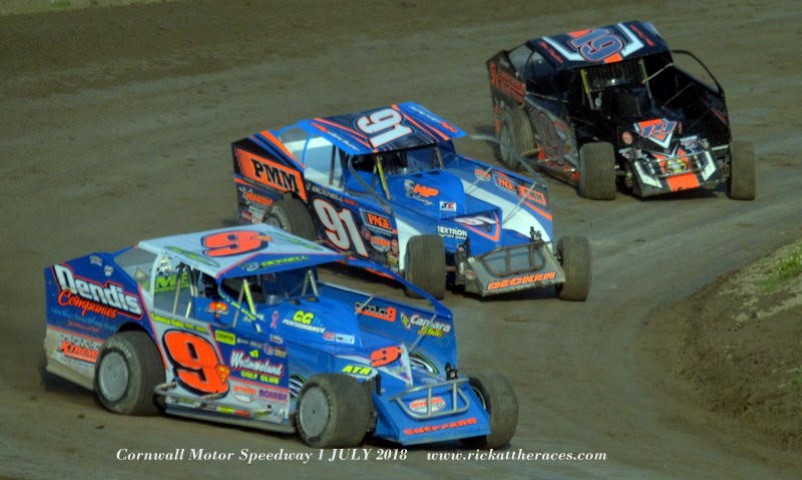 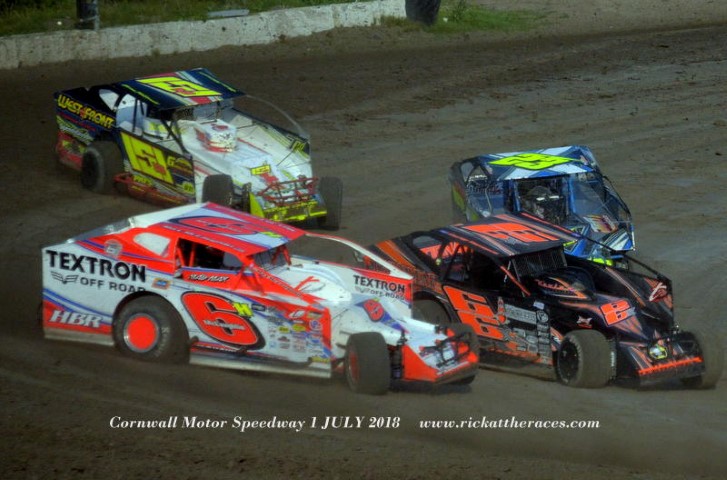 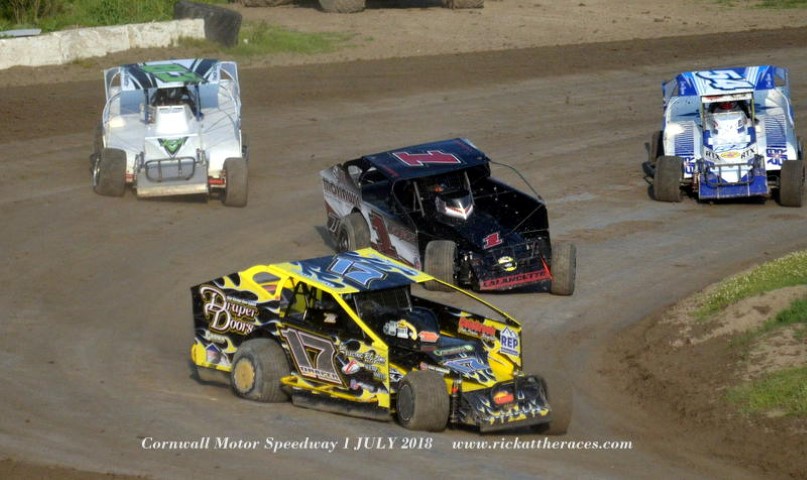 The bright sunny weather allowed me to get all the heat races in, before moving moving to the middle for the main features. 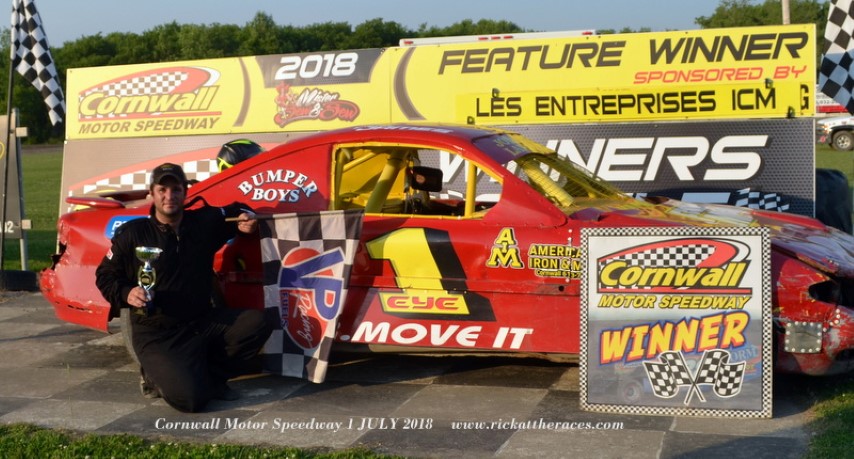 The Mini Stock Feature was run first and won by Chris James. 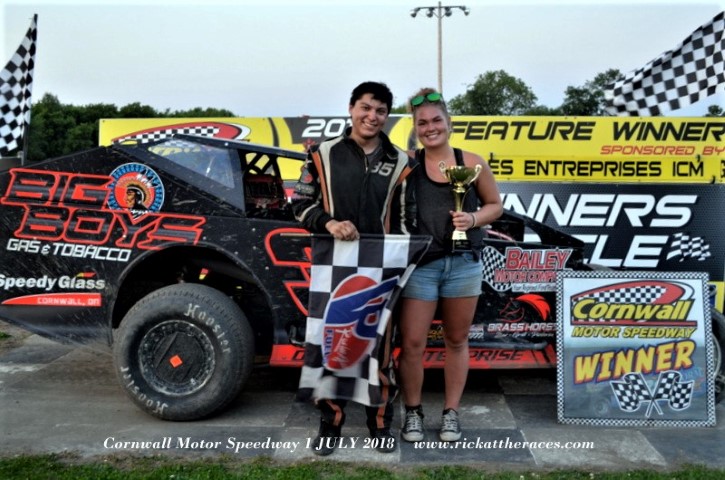 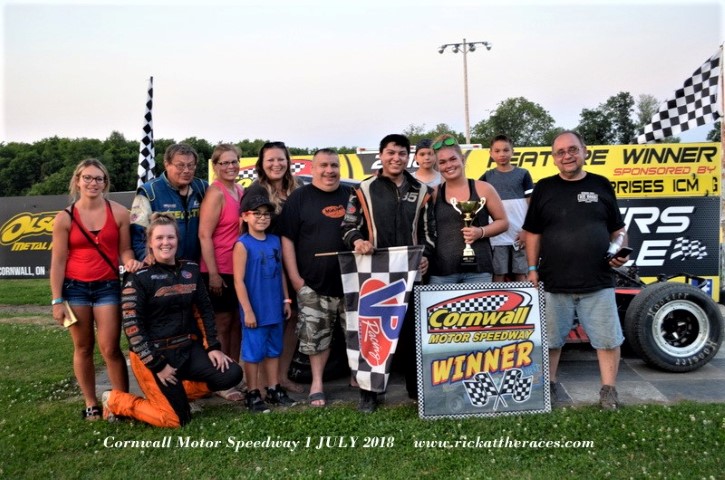 Next up was the Sportsman Feature and it was Thomas Cook who took the checkers.

The program had moved along swiftly, because of the heat factor and by 9-30 the Mods were out on the track for the 100 lap Super Dirtcar Series. 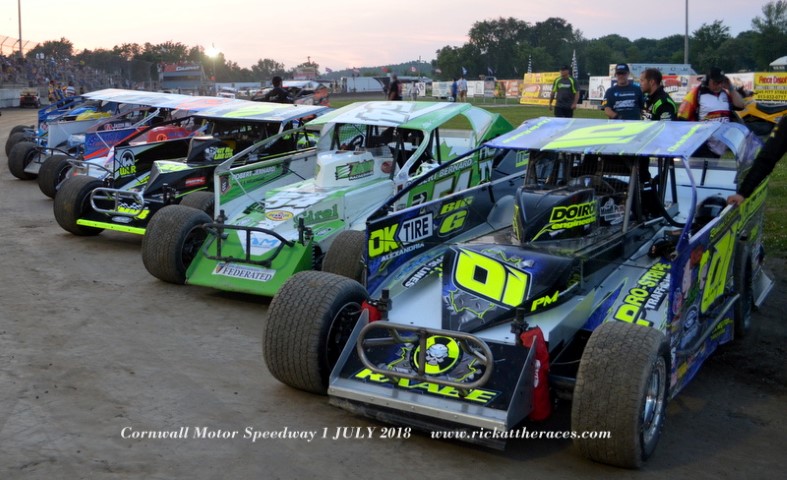 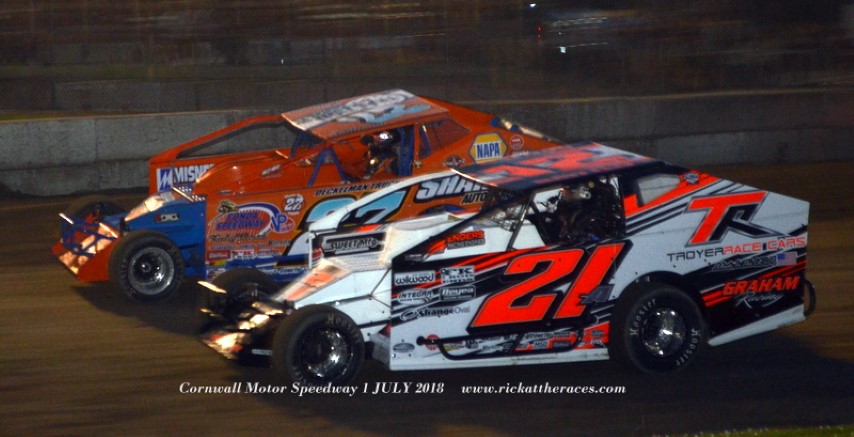 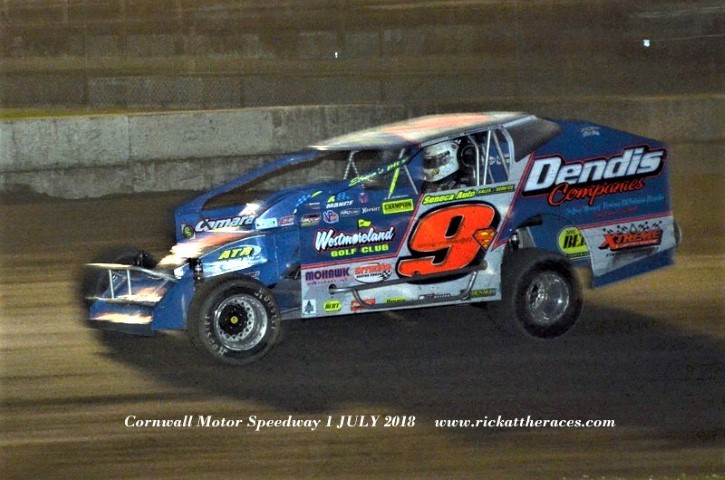 It was good one with a great dog fight between local hero Chris Raabe and Super Matt Sheppard. 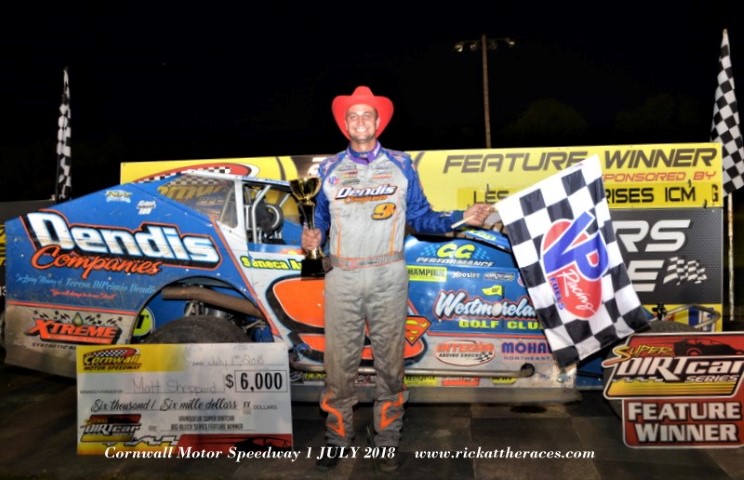 The end result was Sheppard, Raabe and Kyle Dingwall third.

It was all over around 10-00 pm and once again I was back home cooling down before it was too late.

On the ‘Holiday Monday’  2 July, I figured the best way to keep cool was for a road trip, with the A/C cranked up, so drove the new Impala over to the Ottawa/ Gatineau area for a ‘catch up’ and supper with my good friend Chanty Lesage. 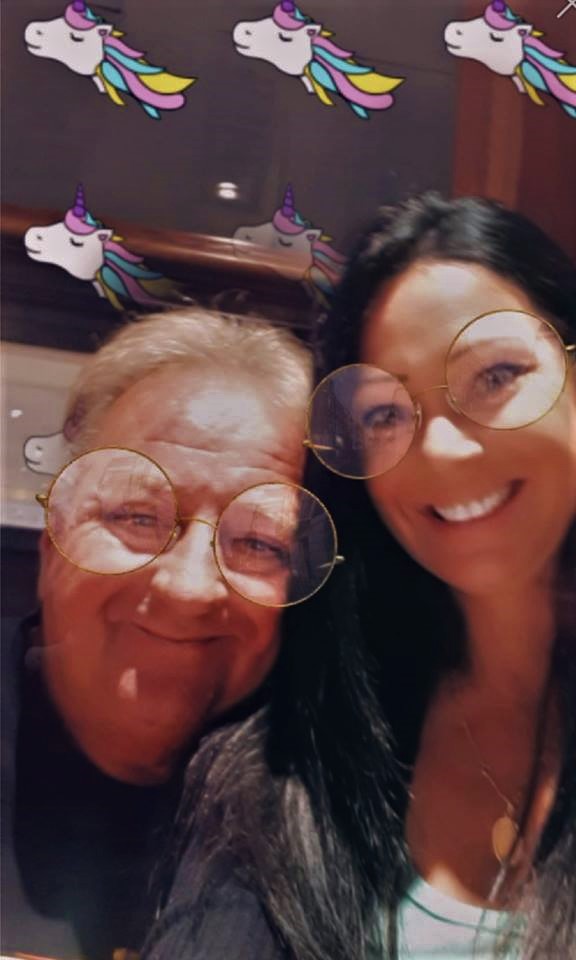 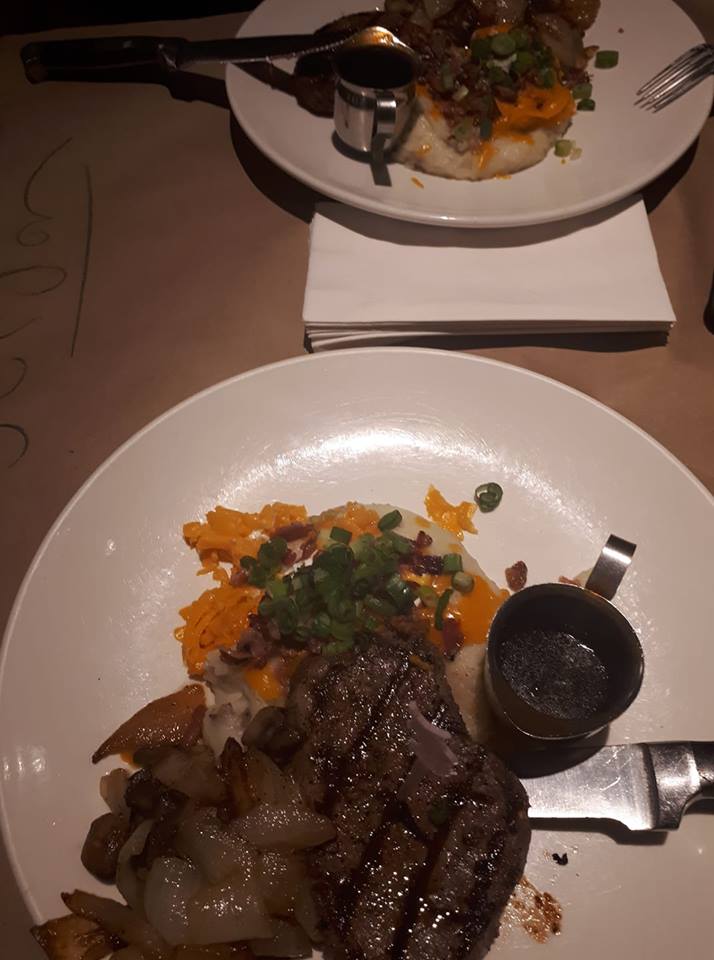 We chose the Jack Astors bar and grill in Kanata for our steaks.

This weeks report ends on Tuesday 3 July, and with it being World Cup Football time, I had my England flag on the Impala, for their win against Columbia. 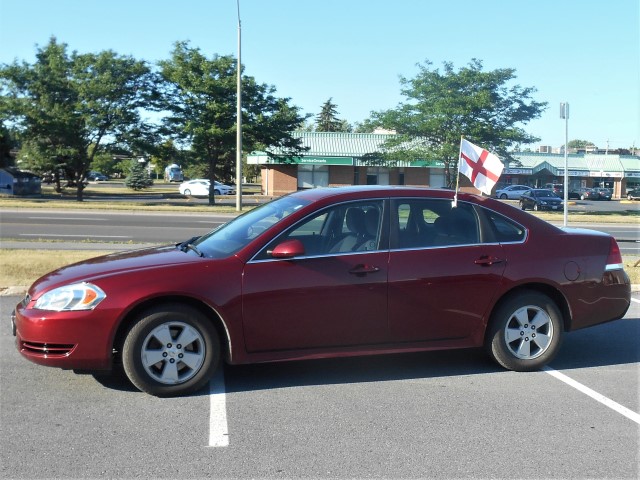 They now advance to the quarter finals on Saturday against Sweden.    GOOD LUCK ENGLAND