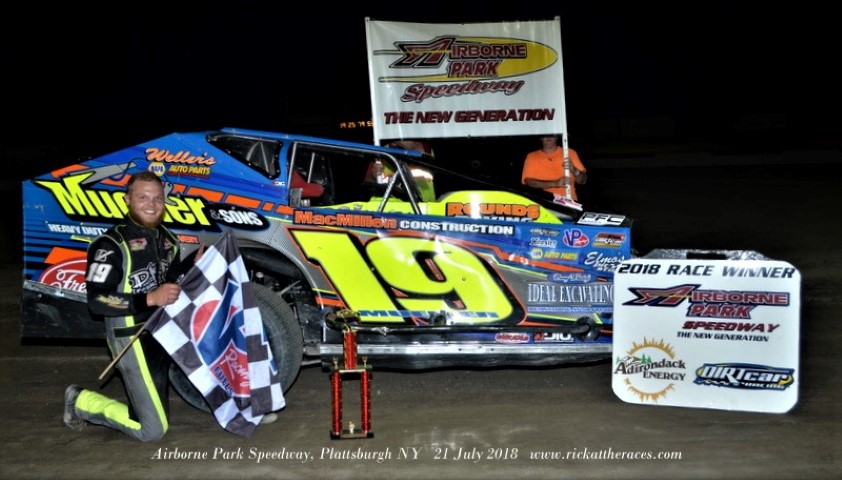 After hot and humid temperatures during the day, it had cooled down a bit in the evening and it was a good night to cross over the city to the Kart Track at the Cornwall Motor Speedway. 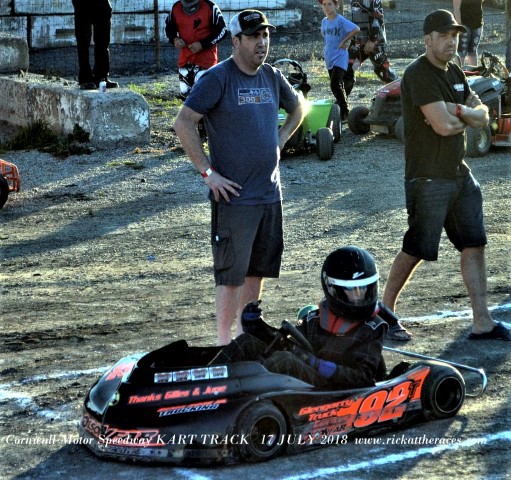 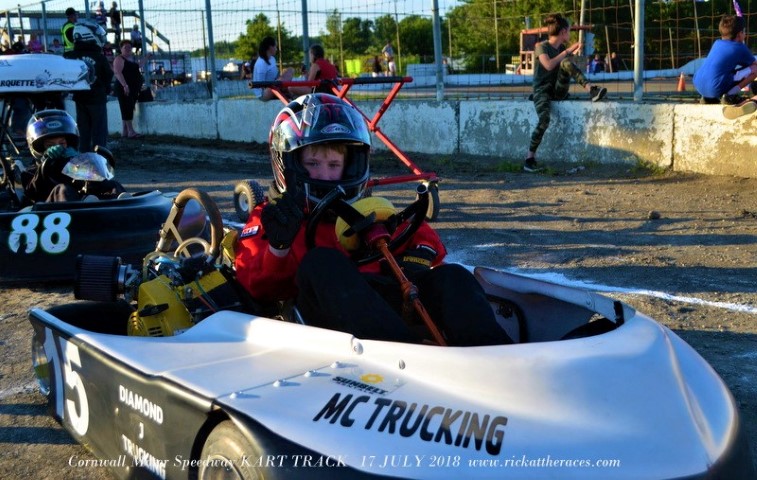 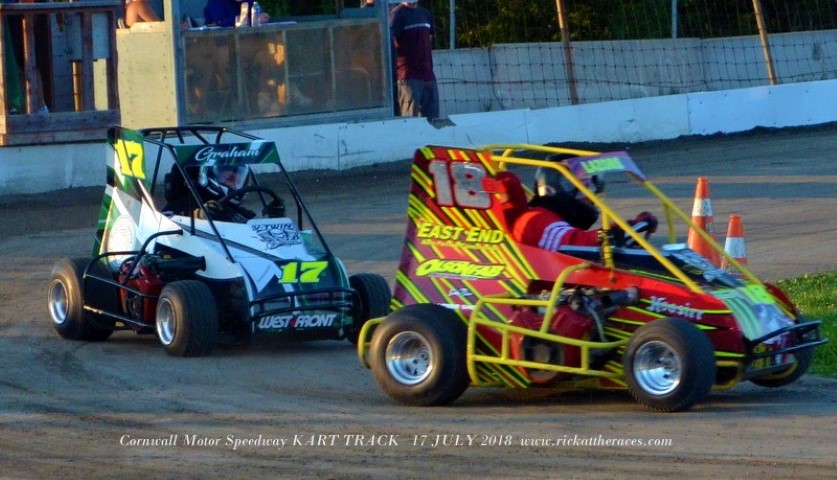 The kids were there in their Go Karts and the adults were having fun on the Lawn Tractors and Dirt Demons. I like to attend once or twice a year to get a few pictures.

On Friday it was race day at my local Mohawk International Raceway. 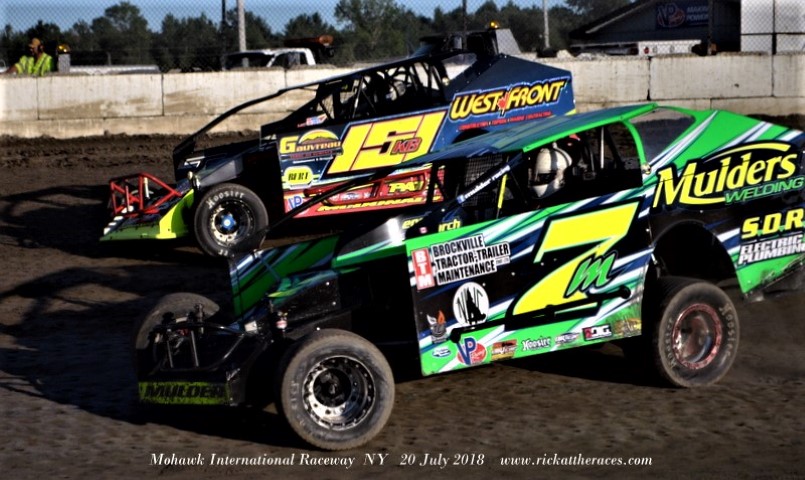 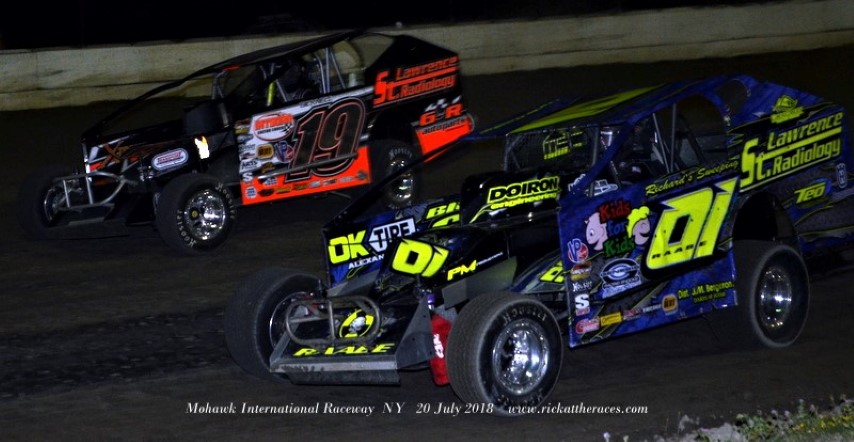 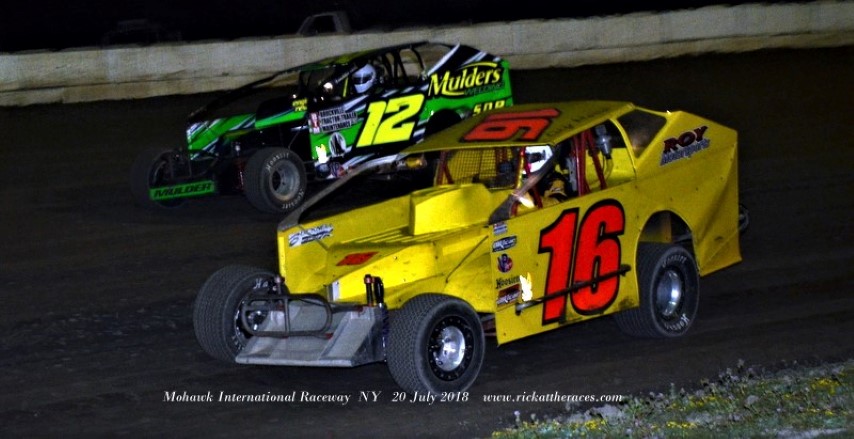 I was feeling a bit tired and run down, so after watching Tim Fuller win his fourth consecutive Modified Feature, I made an early exit. 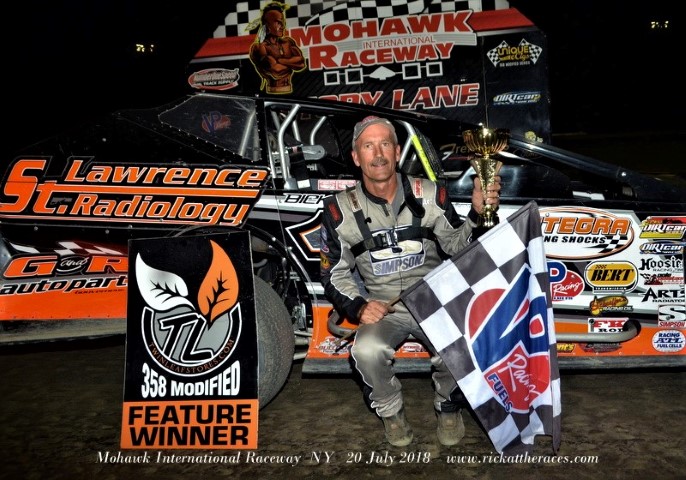 I missed the Sportsman Feature , but later found out , it was won by Shane Pecore.

I was home nice and early and was well rested before my Saturday plans were put into motion.

My regular Saturday night home is usually the Brockville Ontario Speedway, but with a time consuming ‘Autograph Night’ and Patriot Sprints on the program I decided it was time for a change, and headed to the Airborne Park Speedway in Plattsburgh , NY.

I went with my ‘Tog’ buddy Don Simpson for a night of Modified and Sportsman racing.

We were there early and had plenty of time to relax and chat to friends. 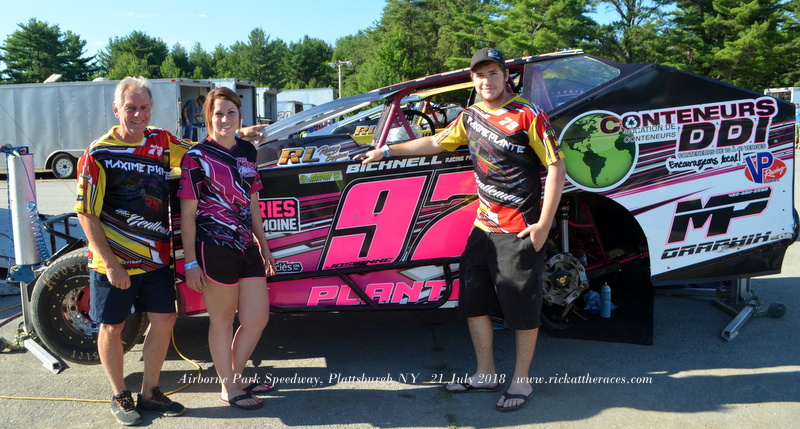 It was good to see the brother and sister team of  Josianne and Maxime Plante making an appearance. 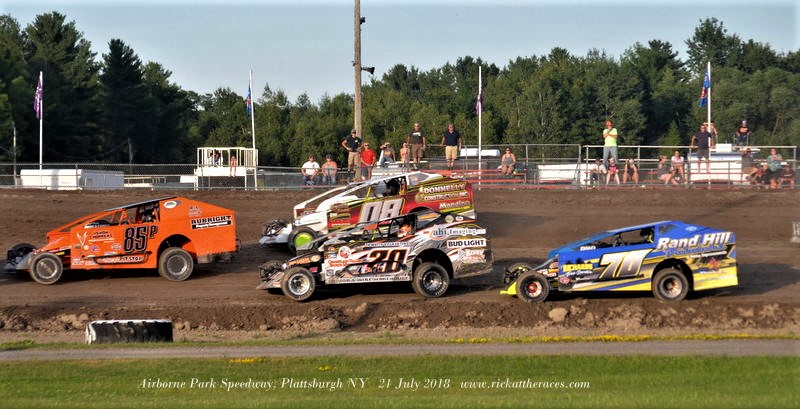 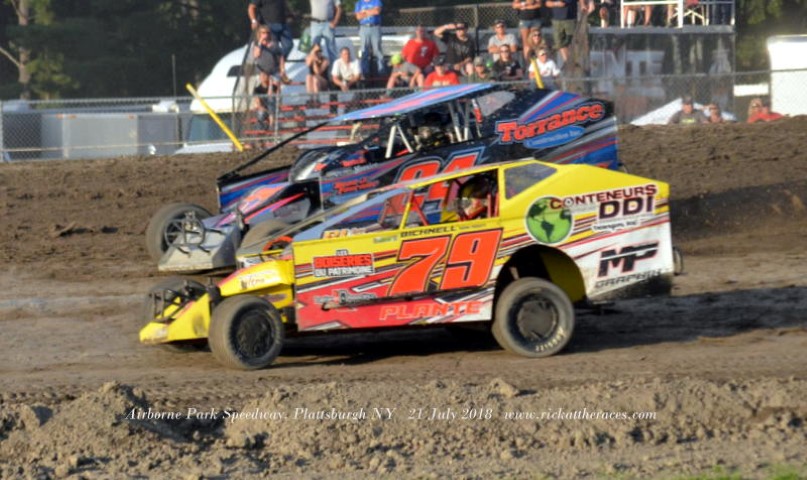 There were 14 Modifieds in attendance and the feature race was a great one, with Jesse Mueller and Steven Bernier having a side by side battle for the lead. Mueller kept Bernier at bay, to grab the checkers.

One extra event that was added to the program, was the entertaining ‘street legal’ spectator races. 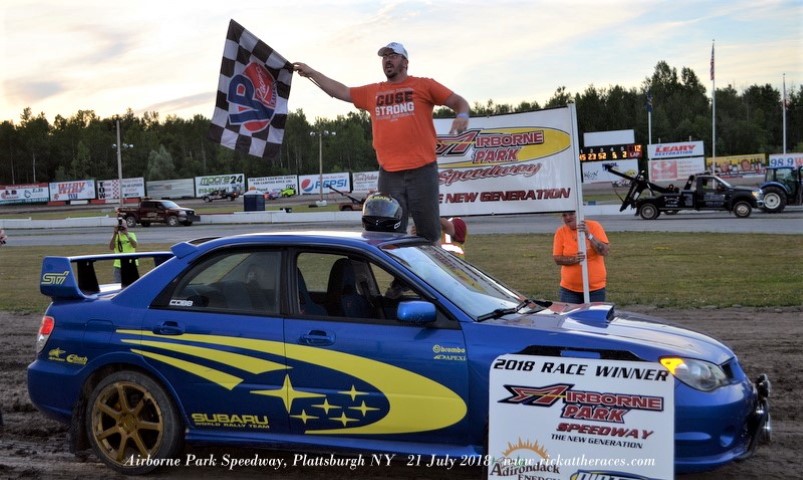 It was great to see a guy in a little Suburu, take the honors from a bunch of Pick Up trucks and other small cars.

On Sunday 22 July , we had a lot of heavy rain during the day, and management at the Cornwall Motor Speedway made the decision around mid day to cancel. Normally I would of been disappointed , but like Brockville the night before,  the  Sprint Cars had been added to the menu, so I didn’t mind a night off .

Monday and Tuesday the Super DirtCar Series comes to my patch with back to back races at Granby and Drummond.

Looking forward to that.