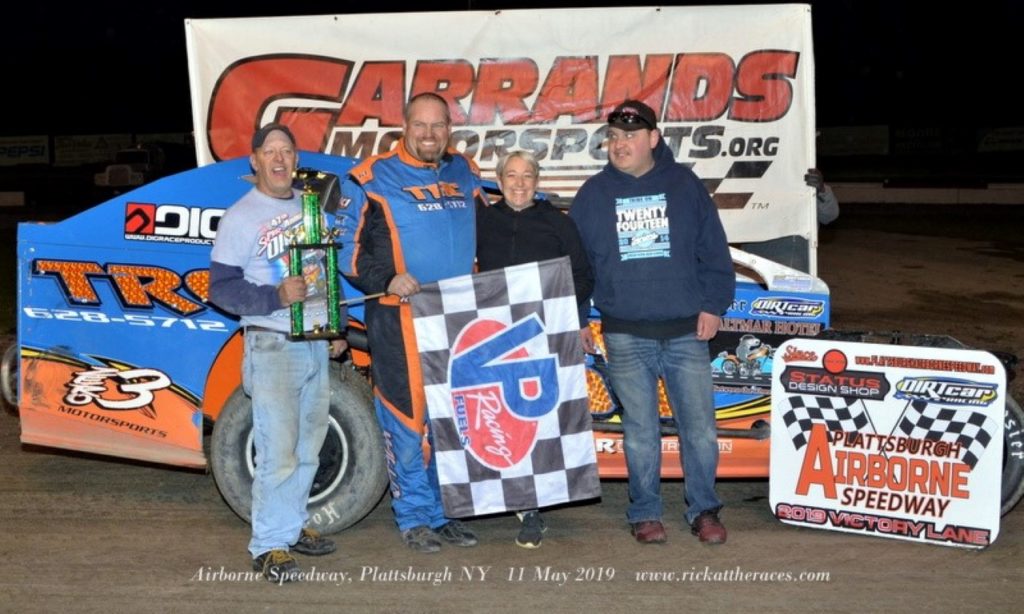 My racing agenda for this past weekend was yet another one, where Mother Nature , intervened and my original plans had to be scrapped.

Two of my local tracks, the Mohawk International Raceway NY  and the Brockville Ontario Speedway were schedule to have their season openers.

Alas, heavy rain Thursday night and then in to the next day,  decimated nearly all of Fridays racing opportunities in the North East.

By lunch time , all four tracks had been cancelled , so Friday evening turned out to be a night at home watching TV.

I later found out that the Albany-Saratoga ( Malta NY) and the Outlaw Speedway (Dundee NY) had survived the rain , with Peter Britten and Matt Sheppard doing the winning respectively .

It was also announced on Friday via social media , that my intended Saturday (11th May) plans , for the Brockville opener had also been lost due to the water-logged conditions.

This meant another trip to the Airborne Speedway at Plattsburgh on Saturday.

Once again I joined my ‘tog’ buddy Don Simpson for the short drive over there.

With all the rain-outs from the night before, drivers and race teams  were itching for some action and on arrival, it was obvious, there would be plenty of cars in attendance.

The program consisted of Modifieds, Sportsman, Novice Sportsman, Super Stocks and Strictly Stocks. ( there were about 27 Mods and over 40 Sportsman) 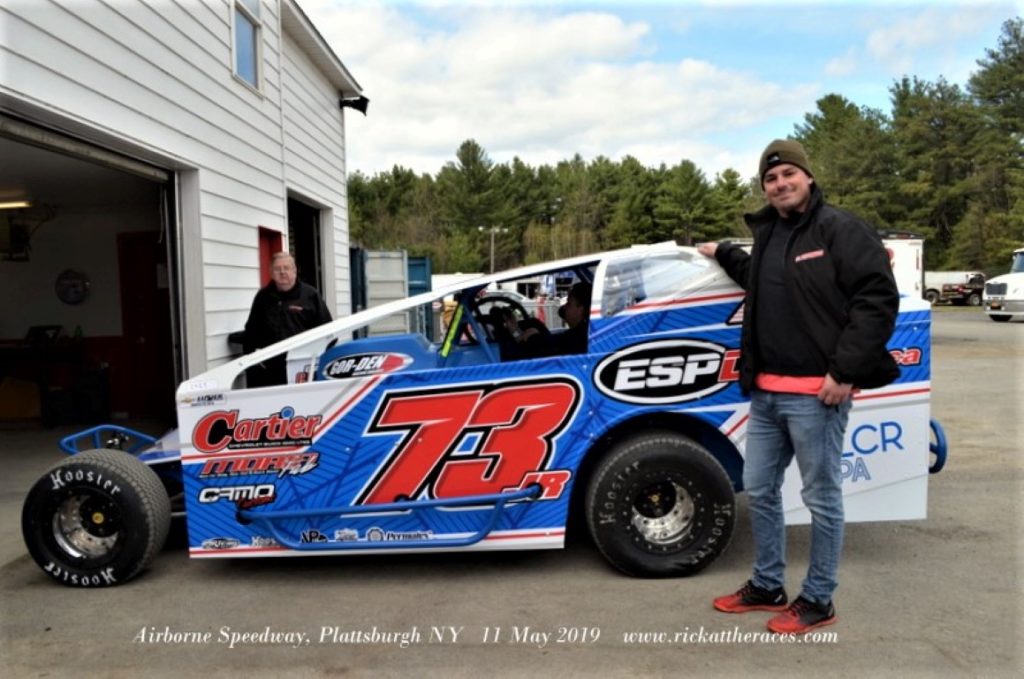 I had a good chat with Montreal’s  Mathieu Boisvert # 73 , who was making his first appearance at Airborne.

There was no rain, but it was windy and bitterly cold as I took my vantage point for the hot laps.

When I made my first visit to the Airborne track , back in 2004, I took a few pictures from the roof of the V.I.P building, and it’s something I hadn’t done since then. 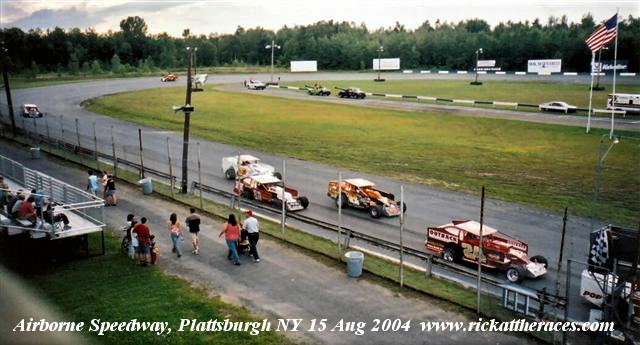 I thought I’d give it another try. 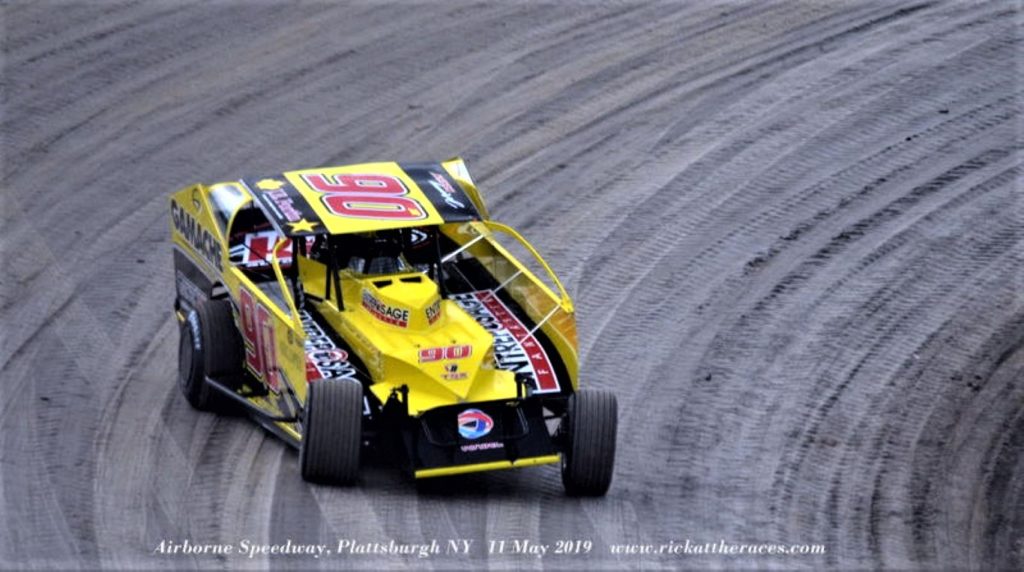 There was a great view up there and you can also see the kids Go Kart rides as well. 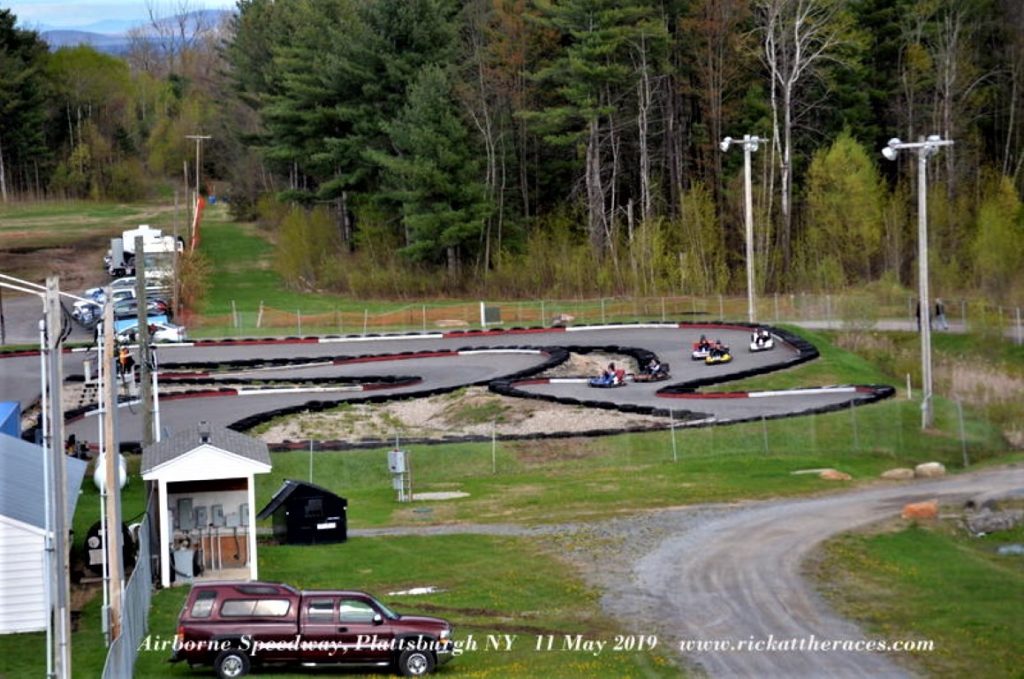 After braving the cold wind, I think I prefer my usual spot on the middle, so once the hot laps were over, I relocated.

I took up my regular position on turn one, as the racing began. 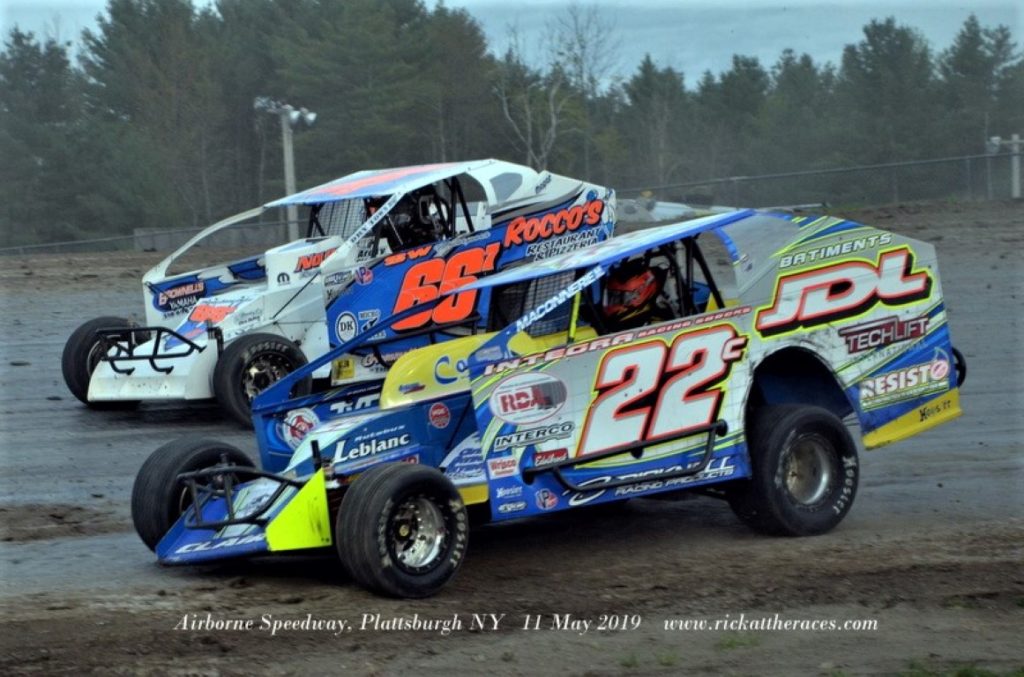 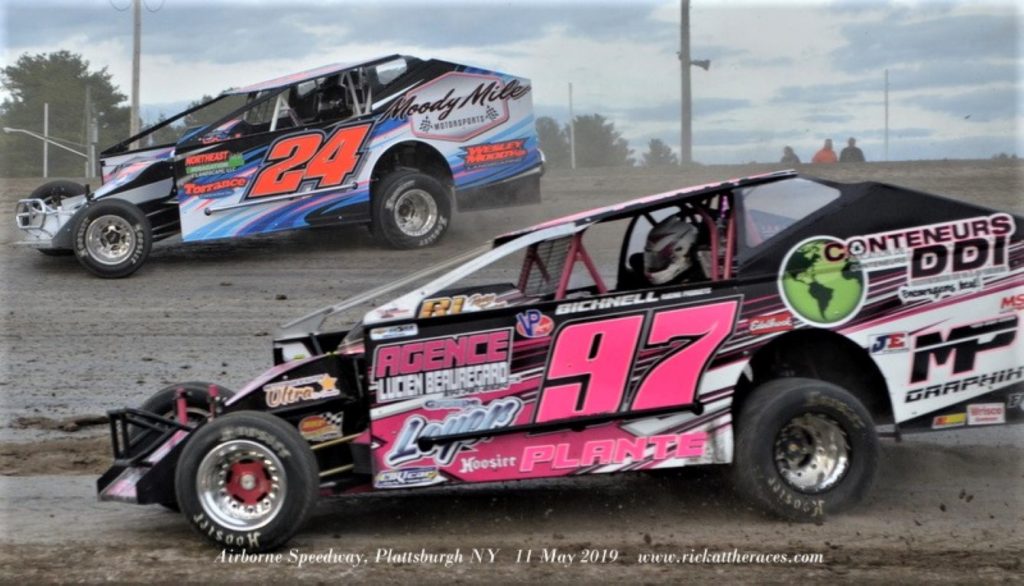 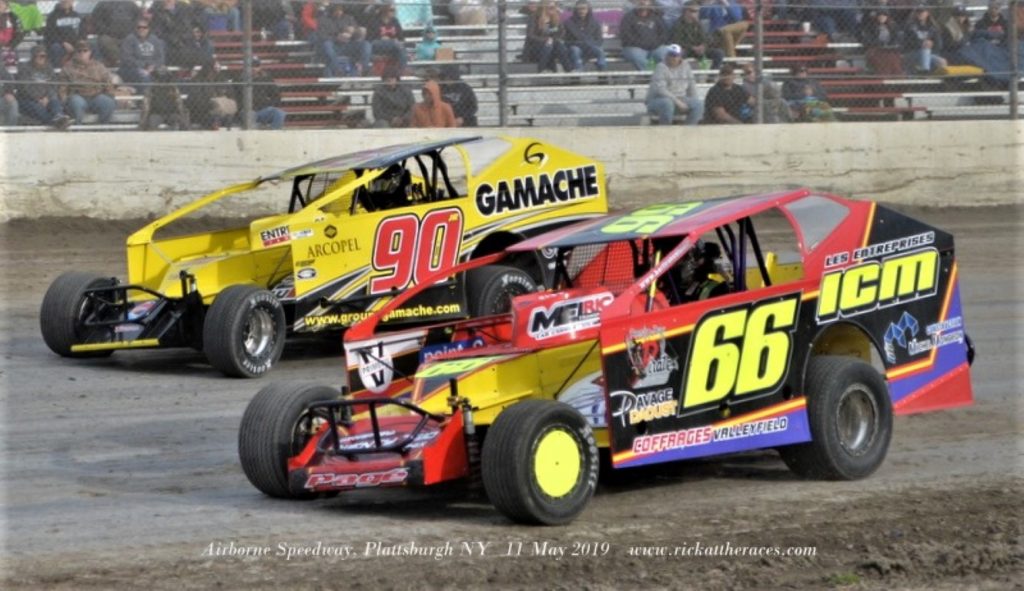 First of the Features, was the 15 lapper for Strictly Stocks.

This was won by Josh Laporte. 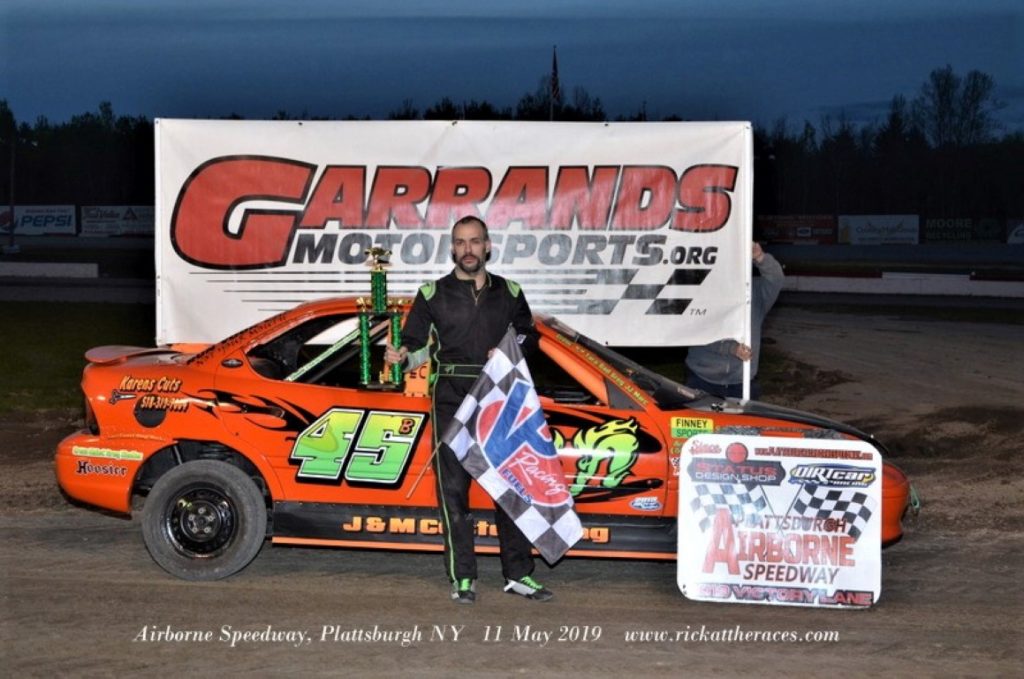 Next up was the 30 lap feature for the Modifieds. This went the full duration from green to checkers,  with the lead changing a number of times. 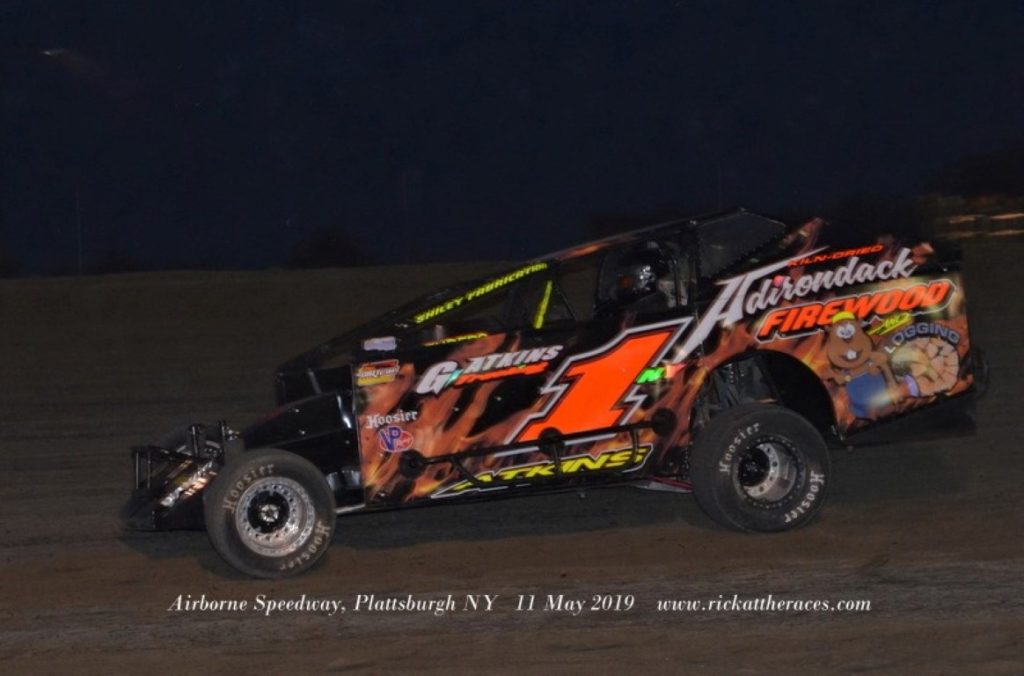 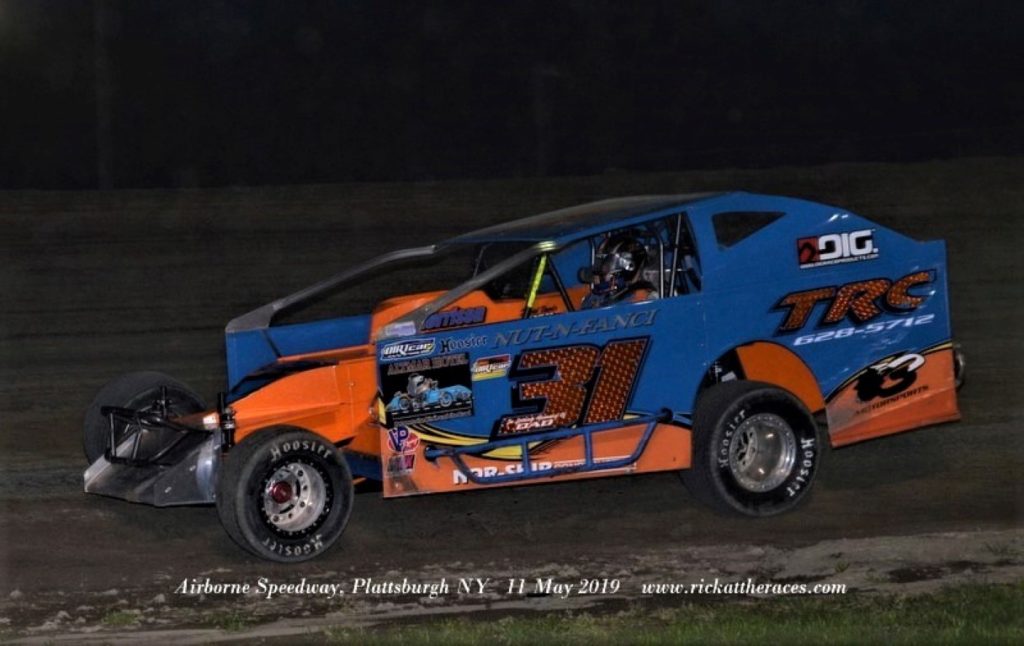 Early leader was Greg Atkins # 1ny as Jack Lehner # 2L and Lance Willix # 31  started to challenge and reel him in. 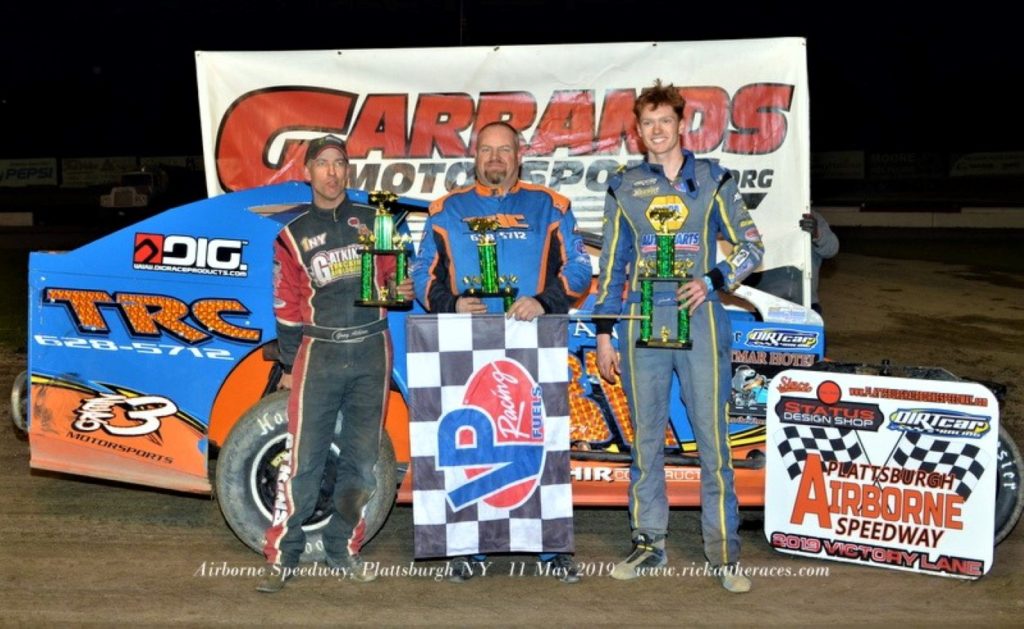 When the checkers fell, it was Willix from Lehner, with Atkins taking the third.

The 30 lap Sportsman feature followed ,  which  just as I expected,  was not ‘caution free’  !

One driver worth mentioning who put on a good show, was # 26, Derrick McGrew Jnr, from Balston Spa , (nr Malta NY) . He is only 11 years old. 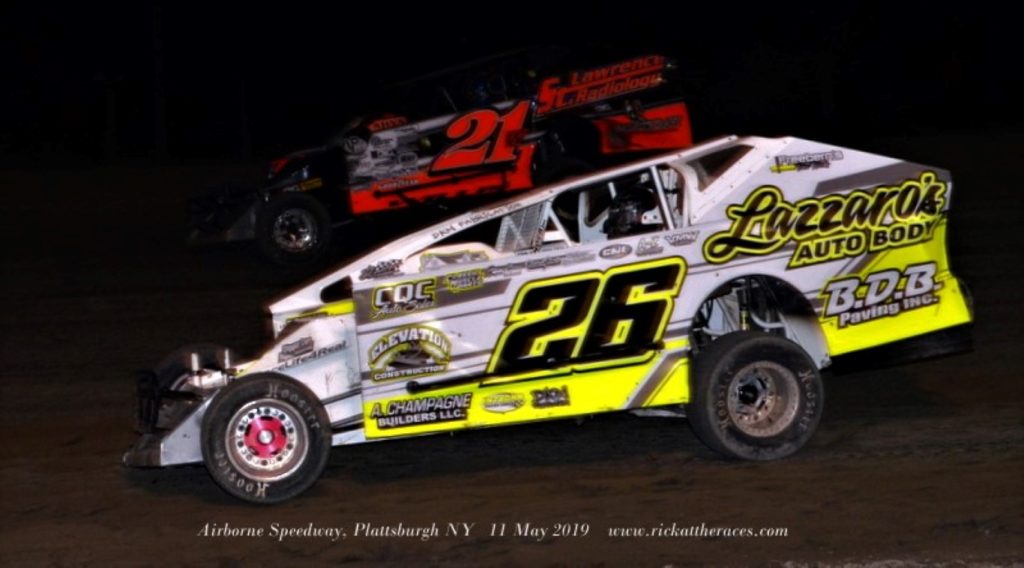 This was another good race with the outcome, in doubt right up until the final lap. 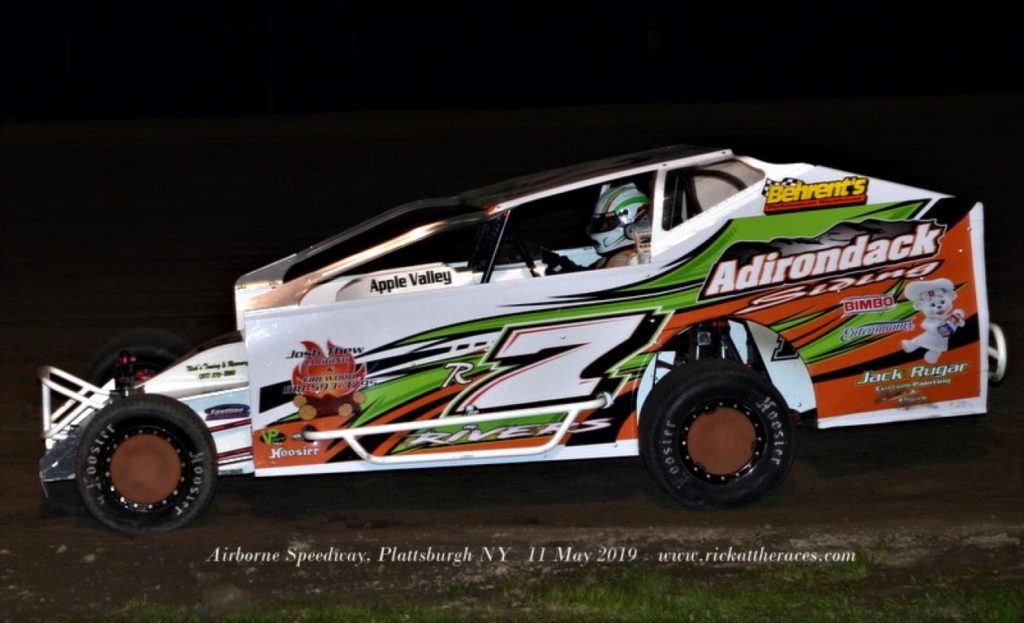 It was local driver # R 7 Lonnie Rivers,  who took this one. 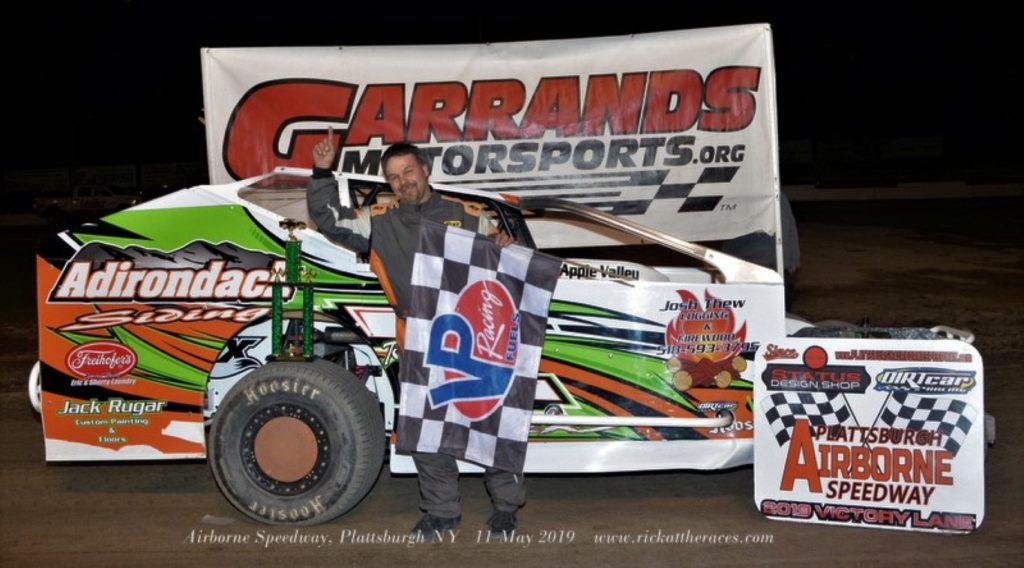 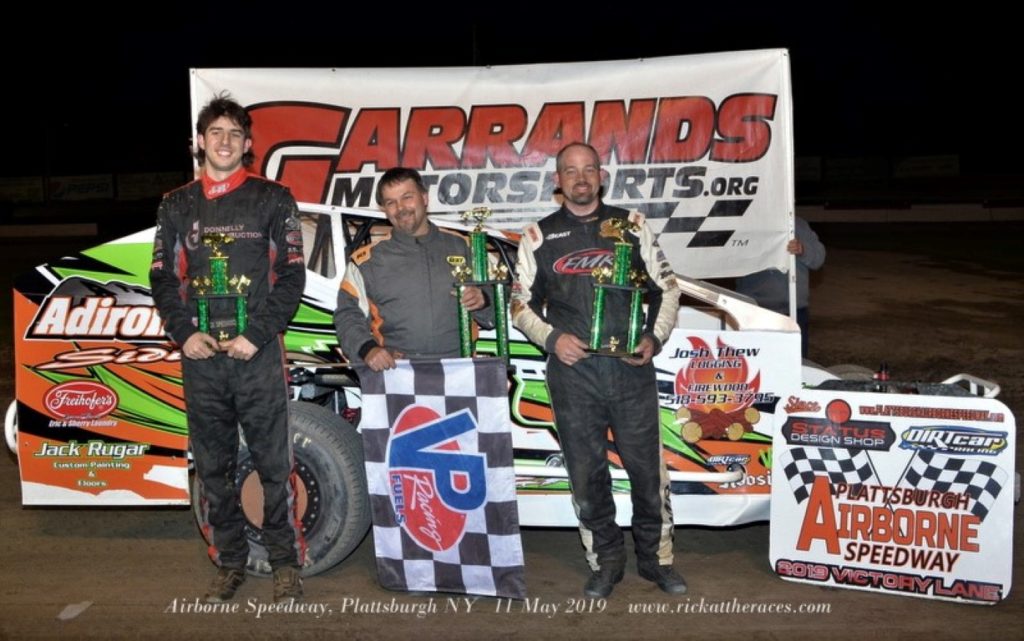 With Victory Lane pictures done for the premier divisions, Don and I chose to miss the last two races (Novice Sportsman and Super Stocks) and make our exit.

Even though it was only 9-45 pm, it was a chilly night, and the  option of heading for home in the warm car, was more tempting.

Sunday morning I was out of bed before 9-00 am for the live TV coverage of the Spanish Grand Prix.

Not the best race I’ve seen, with Lewis Hamilton leading from start to finish with Bottas behind him, making it another 1 -2 for Mercedes.