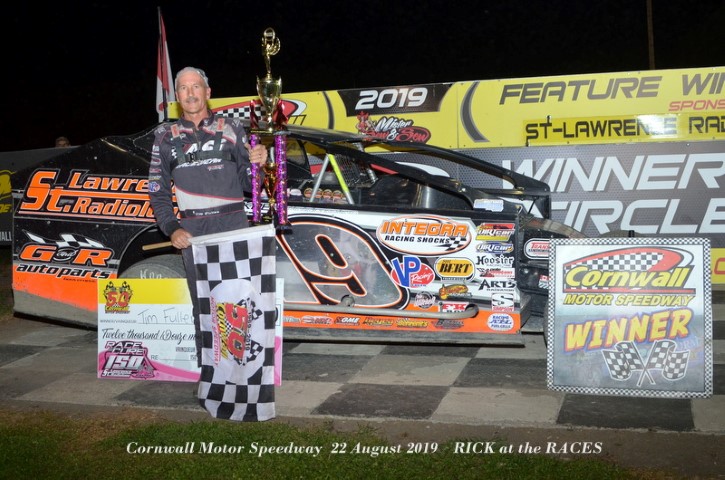 After a brief spell in Ottawa’s Civic Hospital , I’m finally able to update my reports.  My last proper report was published on August 19th , so it’s been a while.

Since then I have only attended one race, which was the special mid week Race for the Cure at the Cornwall Motor Speedway on August 22nd.

I wasn’t feeling too good that day, with a flare up of my Myasthenia Gravis symptoms, so decided to limit myself to the minimum of picture taking, and only shoot from the center where I have my lawn chair. 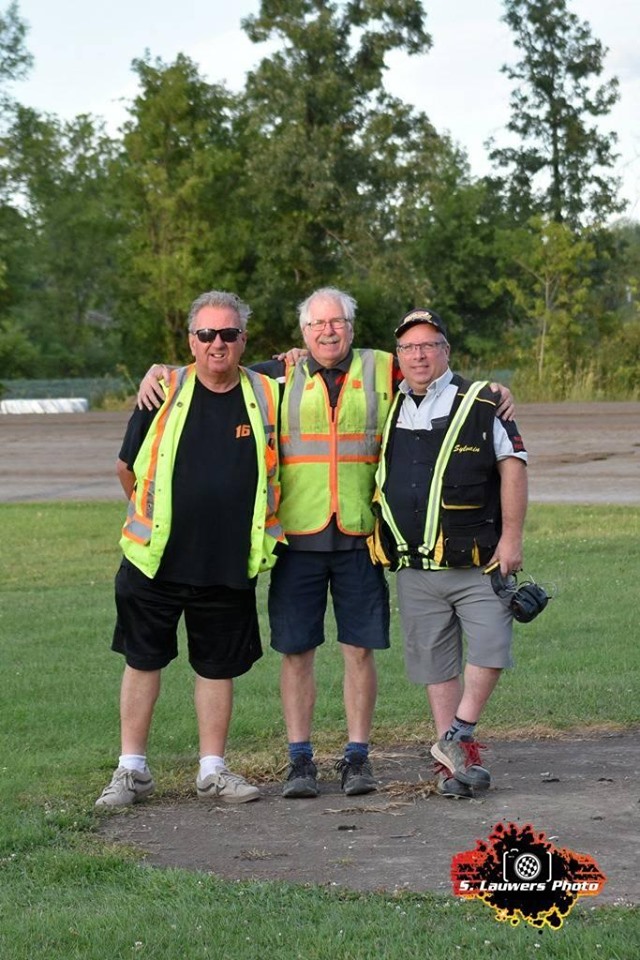 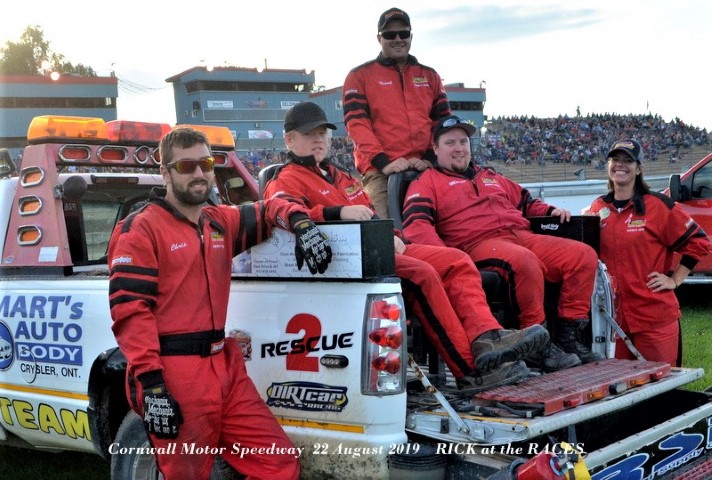 It’s located behind Victory Lane, along with the other Togs, and Safety Teams truck . 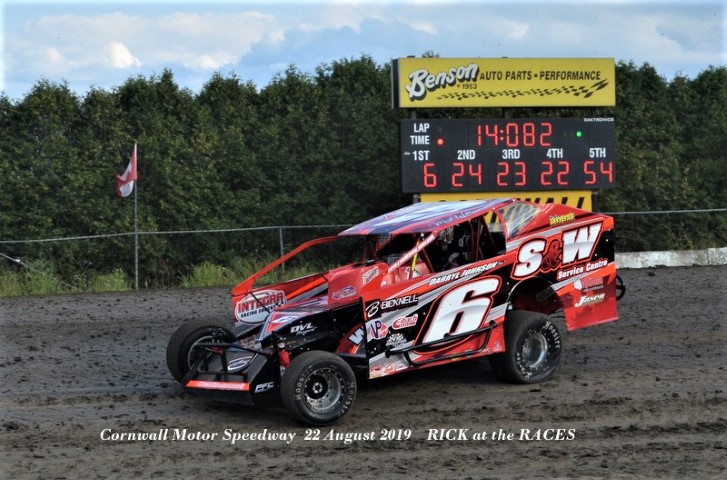 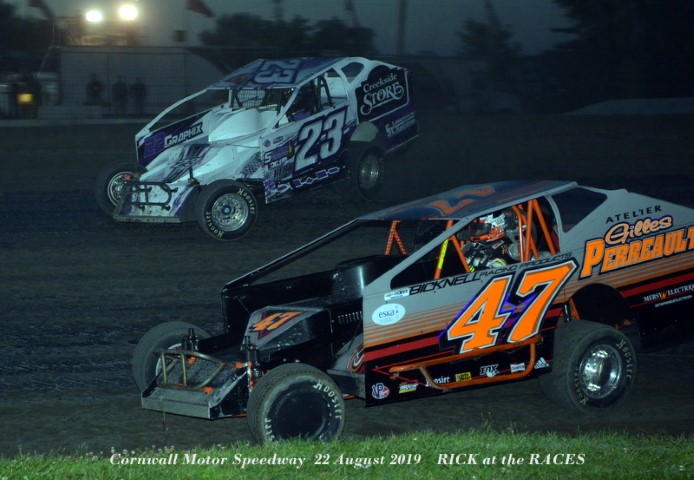 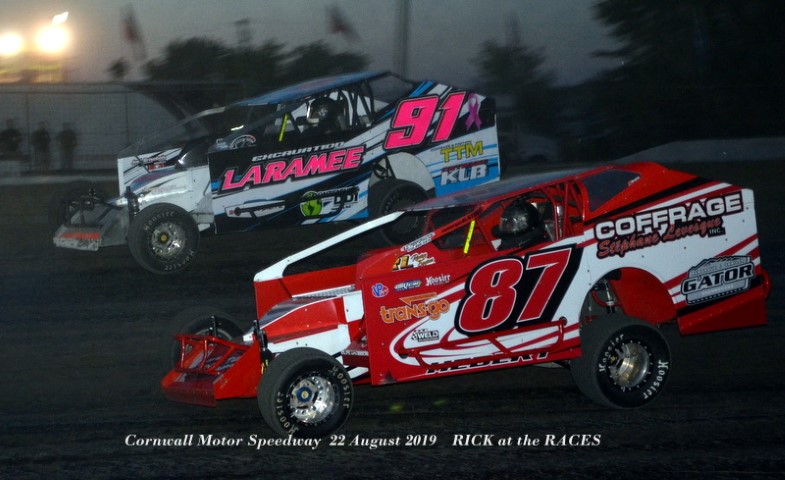 I took a few pictures from both corners, but for most of the time, stayed put . 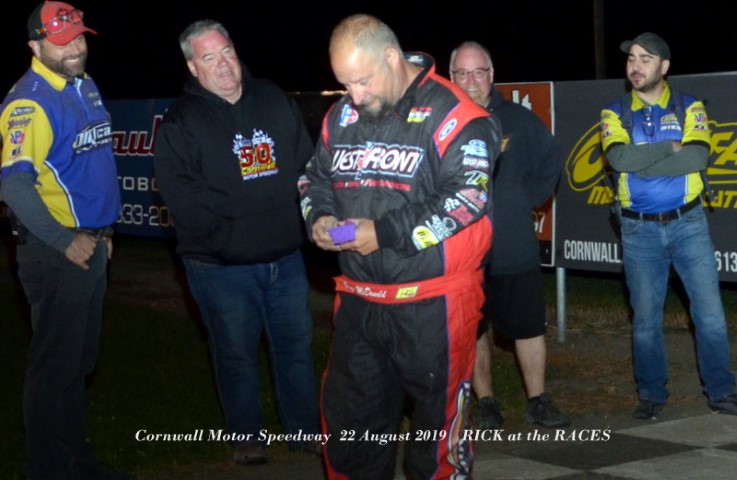 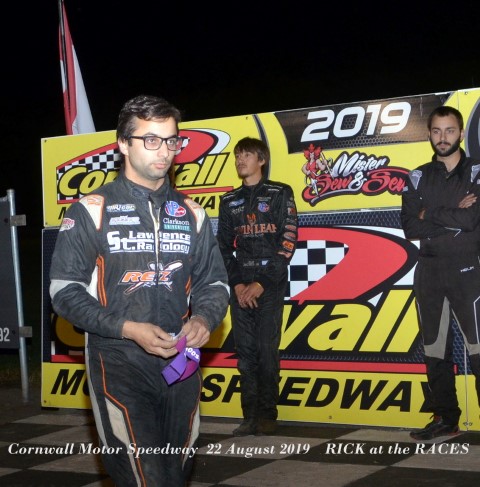 The big race for the Modifieds was won by Tim Fuller after passing team mate and long time leader Mike Maresca a few yards from the finishing line. 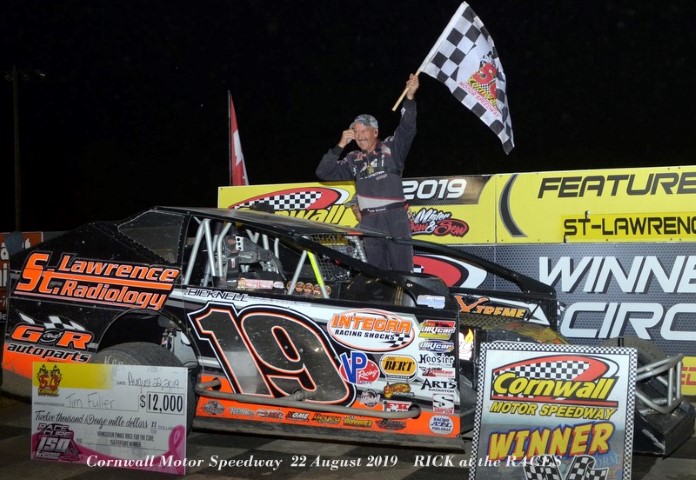 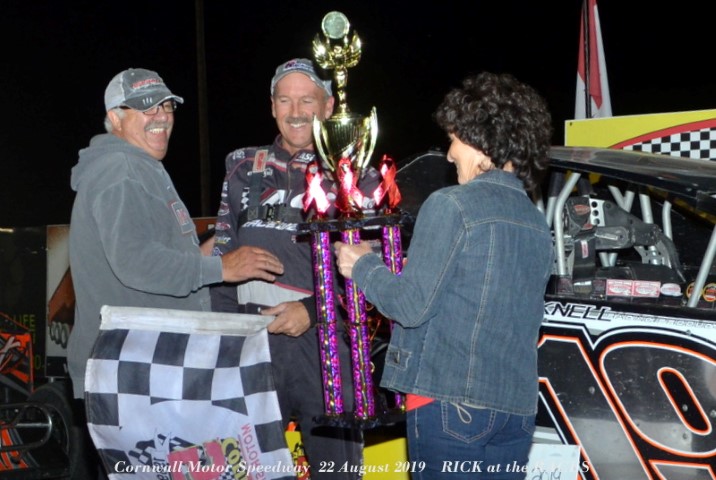 After taking the Victory Lane pictures for the Mods, my MG symptoms were starting to play up, so I decided to miss the Sportsman Feature, and head for home. 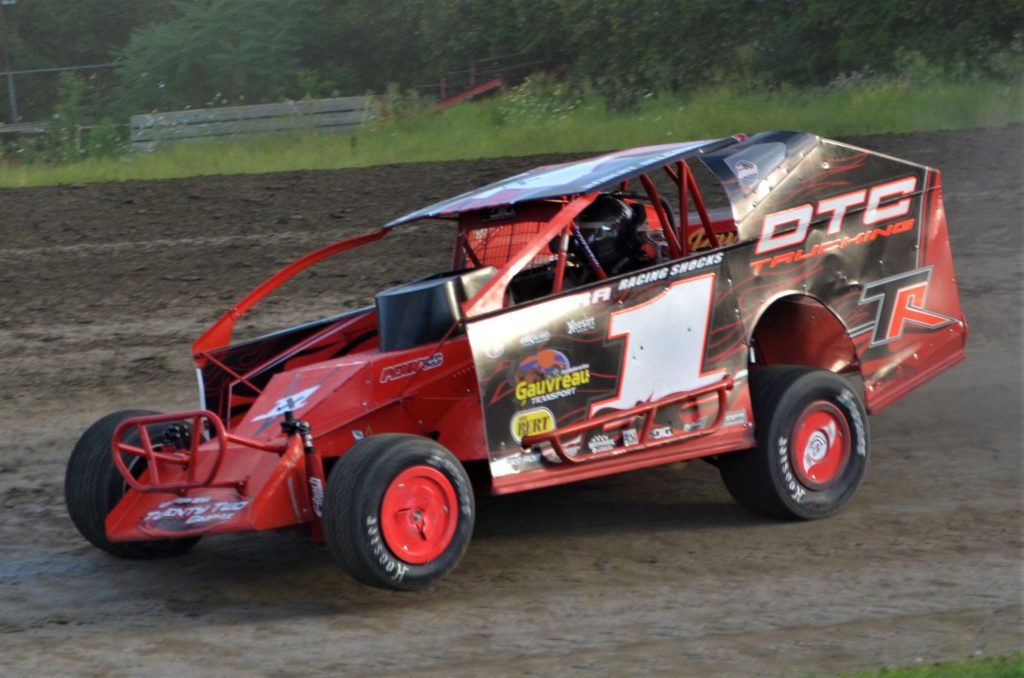 In my absence it was won by Robert Delormier.

The next day was Friday August 23rd, and throughout the day my MG was getting worse, so decided to make a trip to the Cornwall Hospital that evening. By midnight, they had decided to transfer me by ambulance to the Ottawa Civic, where my previous treatments were done.

I was back and forth being admitted and discharged over the next few weeks, with a total of eleven overnight stays. 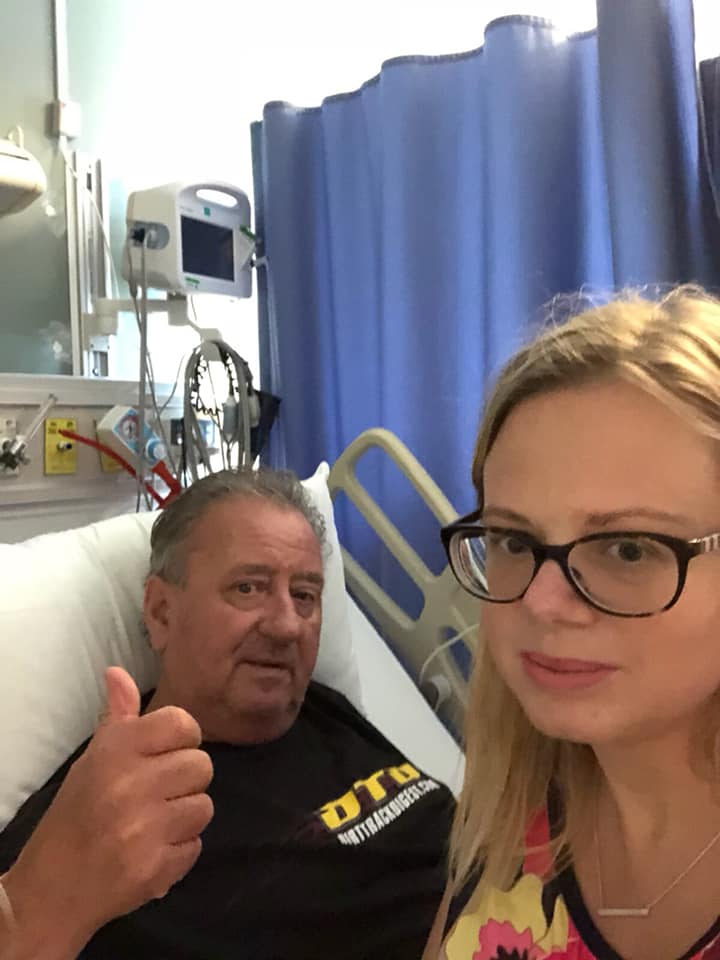 My daughter Carla flew from her home and family in Austin, Texas to be beside me, and while she was away,  my good friends Don Simpson, Chantal Lesage, Ron Morin, Dave Bissonnette and Krystal McDonnell, rallied round to help. 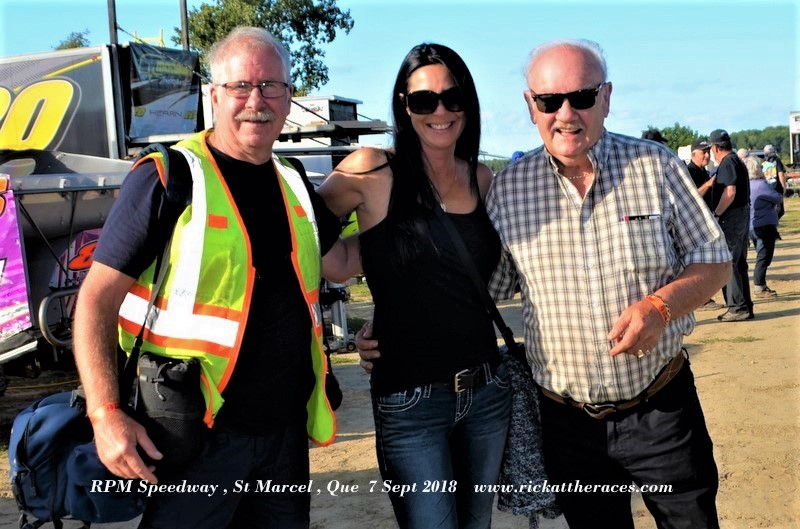 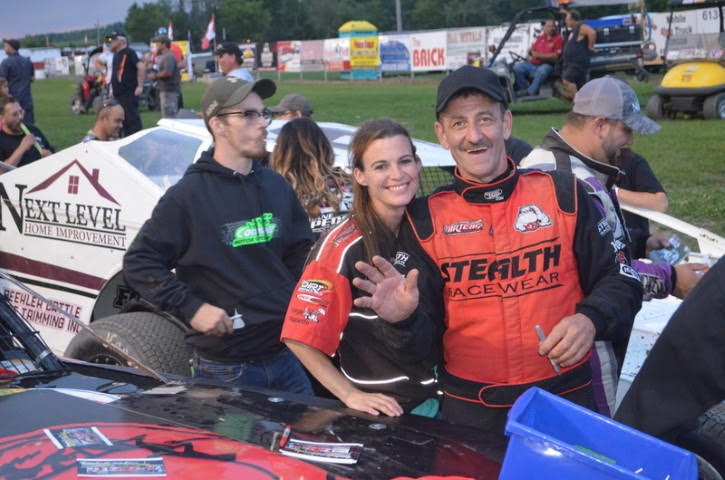 A BIG THANK YOU TO ALL OF YOU.

I’m currently back  home in recovery mode, recharging my batteries so I’m fit and running on all ‘eight’ for the up and coming special events of fall.