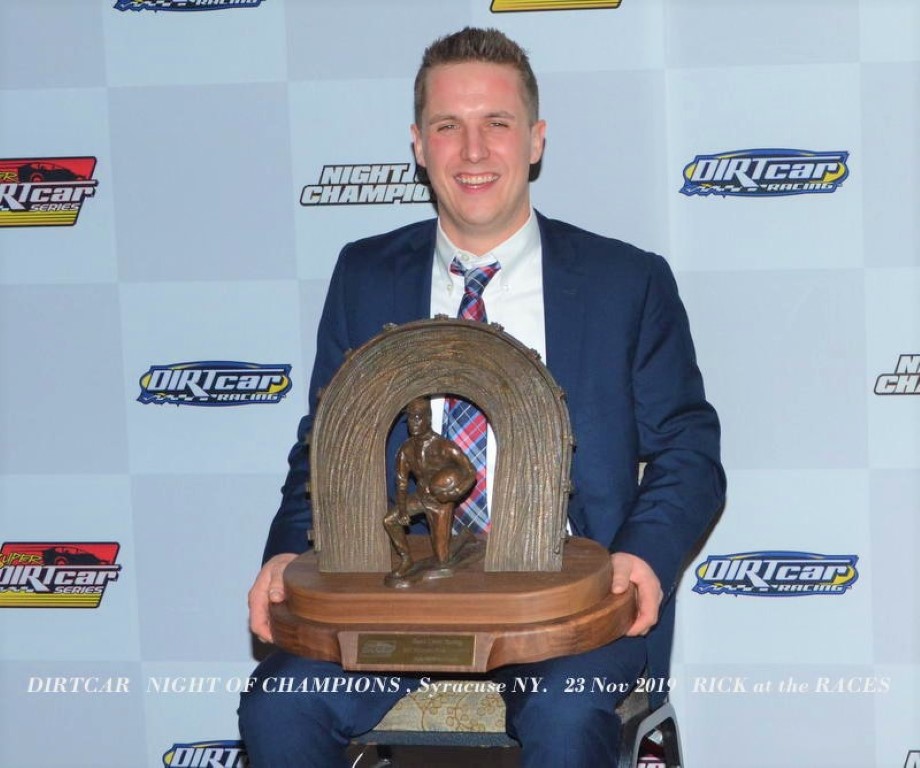 After a few weeks with very little going on, things got busy this past weekend when I made a trip down to Syracuse, New York.

As usual, at this time in November,  two major major events are taking place in the city. During the day, (Saturday 23 Nov) the North East Racing Parts Show was going on at the New York State Fairgounds, and in the evening the annual DIRTCAR “Night of Champions” awards banquet was taking place at the Holiday Inn.

For many years , I have attended both of them , with the exception of last year, when I was down with the Flu virus.

I was really looking forward to this years trip,  as they are both good socializing events where I can spend time with friends in the racing family.

A few weeks ago, I had booked my room at the Holiday Inn for Saturday night, and my plan was to leave home in Cornwall, Ontario, early in the morning to give me plenty of time to attend the show .

The car was loaded and I was set to go at 8-15 , when the unthinkable happened. I turned the ignition key and the engine struggled to turn over, the battery was dead.

I wasn’t in the mood to start pulling it out and recharging it, so called the CAA for a home boost. They had a guy out to me within half an hour, and soon after his arrival, the motor was fired up and running.

It hadn’t been an extremely cold night and the car showed no signs of this problem the previous day, so I wanted to get the battery and charging system checked out, before making a road trip.

By now it was past 9-00 am, so I drove the car across the city to my friends at SEAWAY GM. They were able to sort me out straight away.

Everything turned out to be good on the battery and charging system. The reason it didn’t start, was my fault . The terminals were all corroded, where I ‘d neglected to keep them clean. Guess , I’m getting lazy and forgetful in my old age.

In the meantime, while all this was going on , and my trip in doubt, I had phoned the Holiday Inn to cancel my reservation. They had my credit card number and I didn’t want to risk losing my money if I failed to appear.

At 10-30 am , I was back home from SEAWAY GM  so made the decision to ‘go for it’, and head to Syracuse. It takes just over three hours to get there from my place, and after a few stops along the way I was at the Parts Show by 2-20 pm. 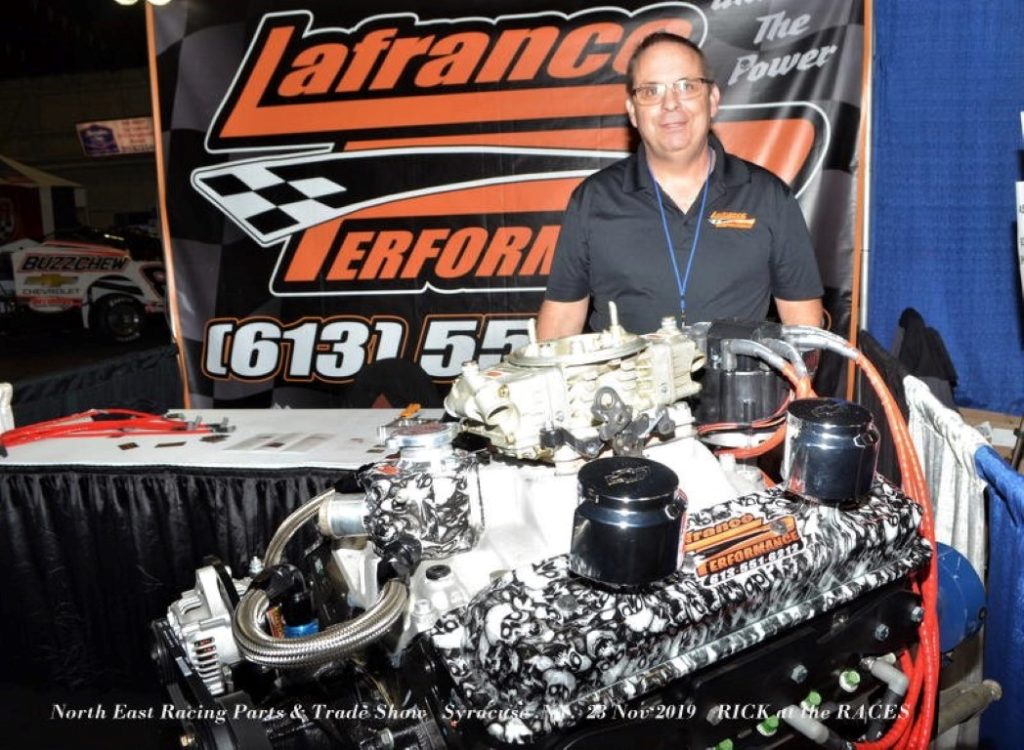 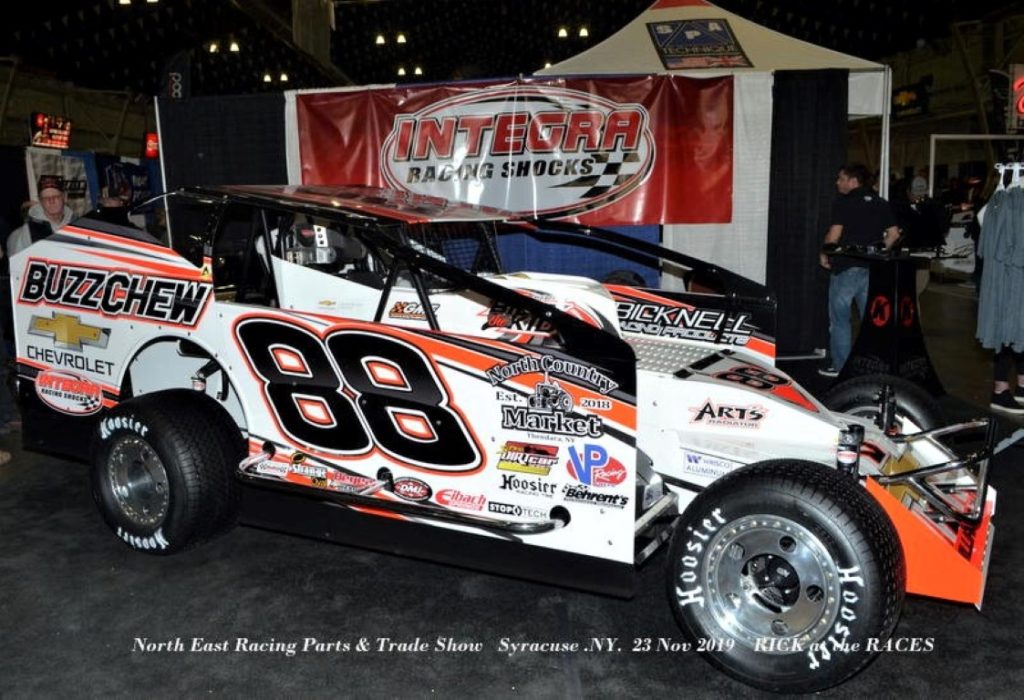 I stayed there for a couple of hours , before heading over to Liverpool, where the Holiday Inn is located.

I used the bathroom in the local Dunkin Donuts to wash and change into my suit.

Even though everything appeared to be OK with the car, I didn’t want to risk waking up in the morning and the same thing happening, so opted not to re-book a room. Instead I would head for home once the photo shoots were done.

On arrival one of the first people I bumped into was my friend Gina Fernez, who is part of the DIRTCAR organizational team from Charlotte, NC. 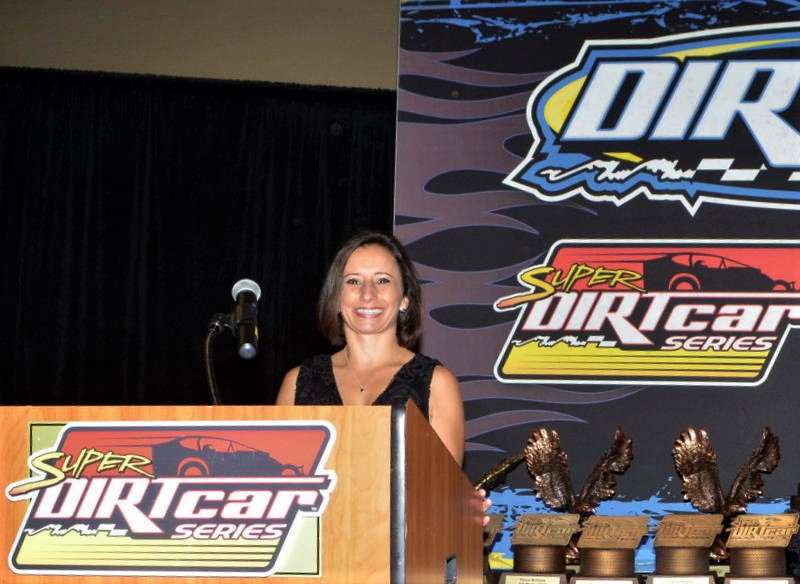 She showed me the hall that had been set up for the night ahead. Once again an excellent job.

I was seated on table # 29 along with my other media friends , Ken Dippel, Bill Moore Jr, Mike Mallett , and George Smith.

Others included , one of my local ProStock drivers, Dave Seguin and his wife, as well as Dirt Track Digest columnists Ed and Betty Bitting.  Once again a first class three course meal was served.

After DIRTCAR CEO Brian Carter had spoken to the crowd, the main presentations began.

The top drivers in all four DIRTCAR divisions were rewarded for their efforts and the points champion crowned. 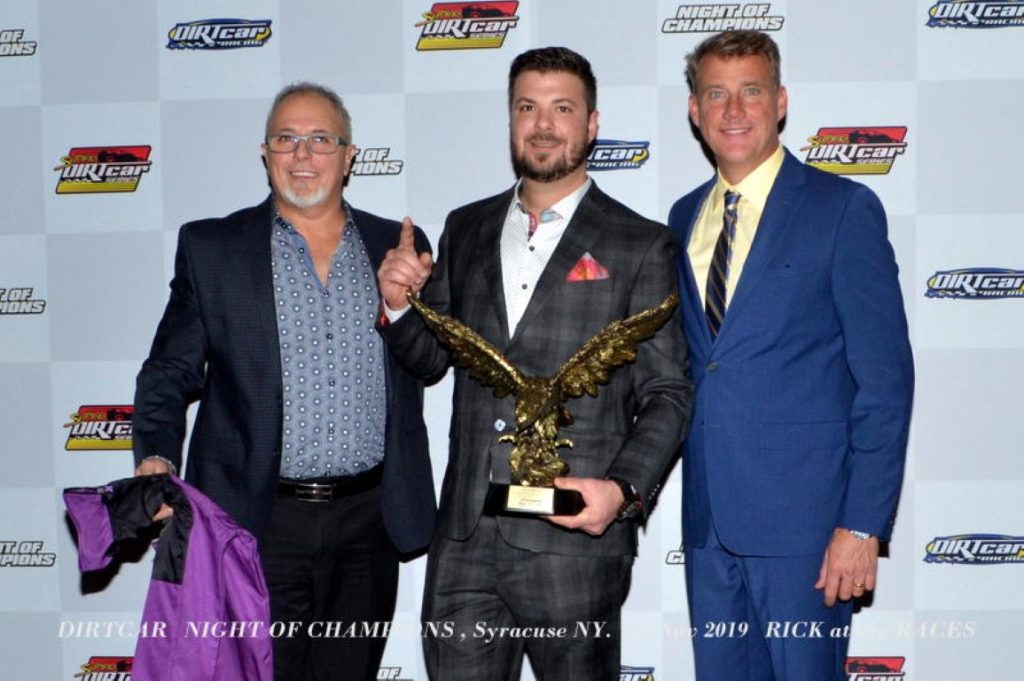 First up was the ProStock’s where C.C Beauchamp, one of my local drivers from Ormstown , Quebec, took the championship. 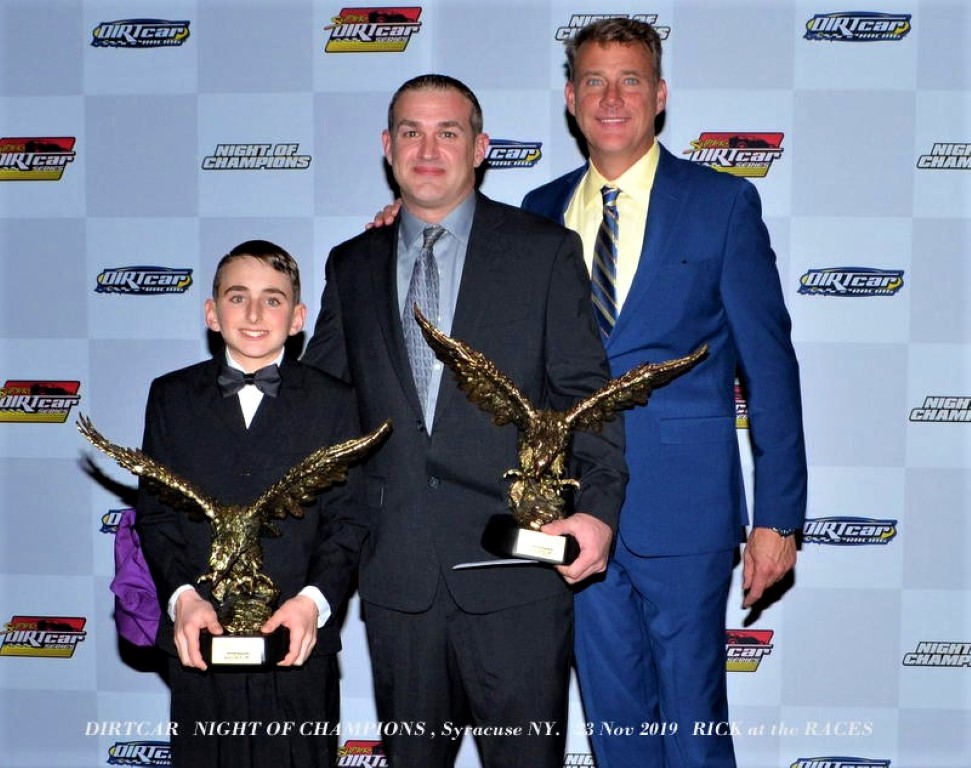 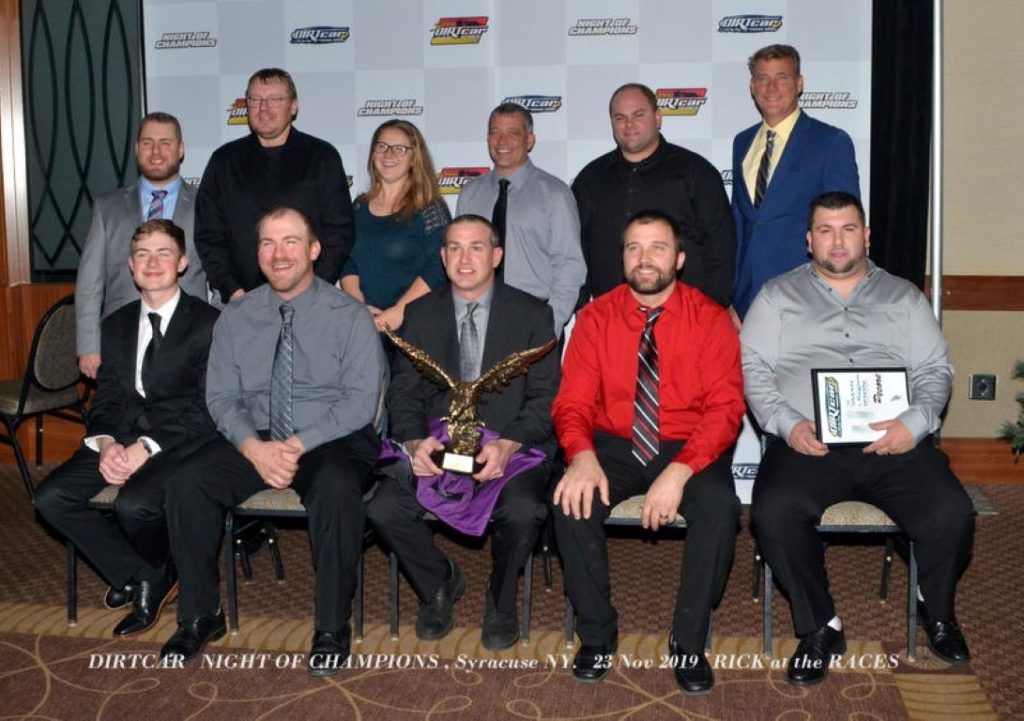 Next it was the turn of the Sportsman Division. Kevin Root from Central NY got this one. 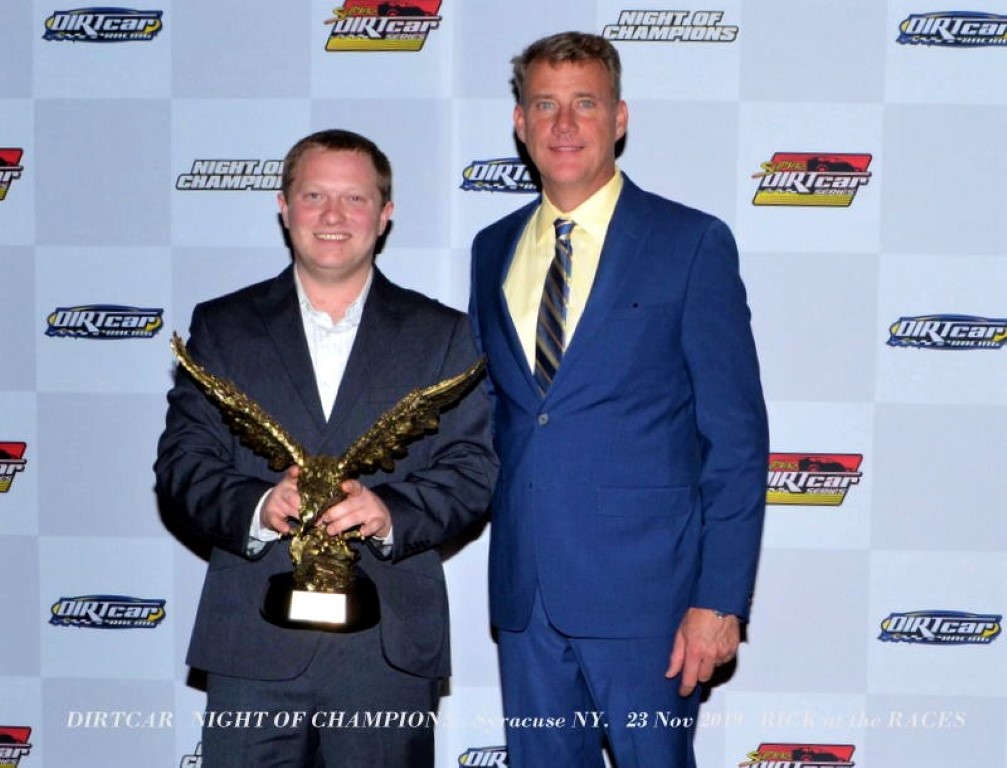 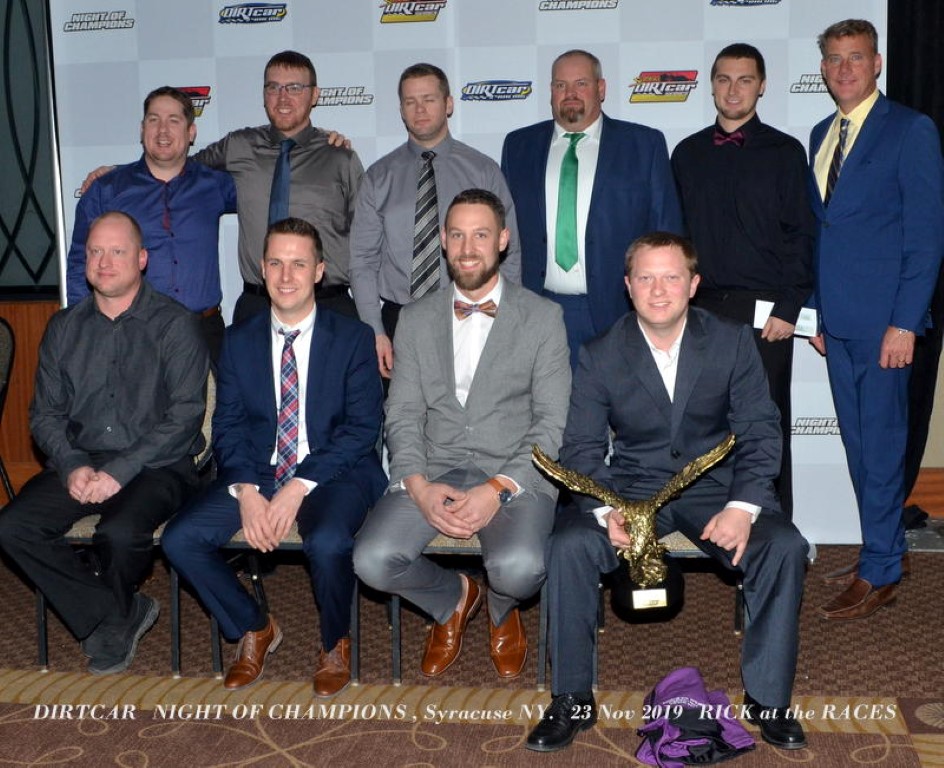 The 358 Modifieds were next , and it was Erick Rudolphe from Ransomville NY who took this one.

The SUPER DIRT CAR SERIES concluded the presentations, where Mat Williamson was awarded the honors. 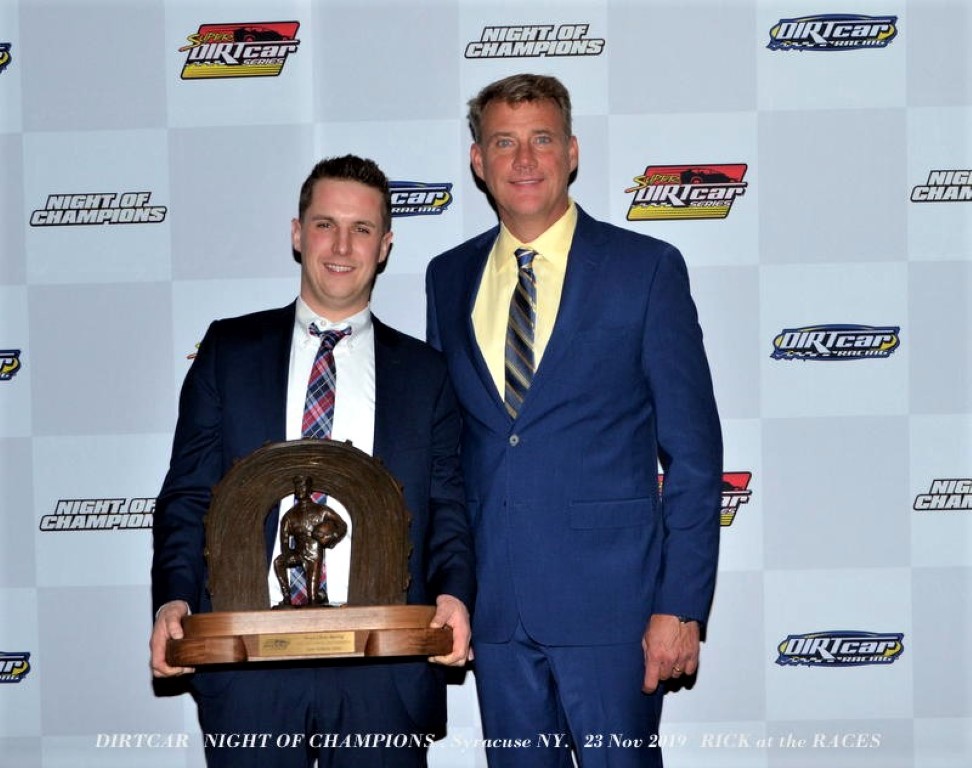 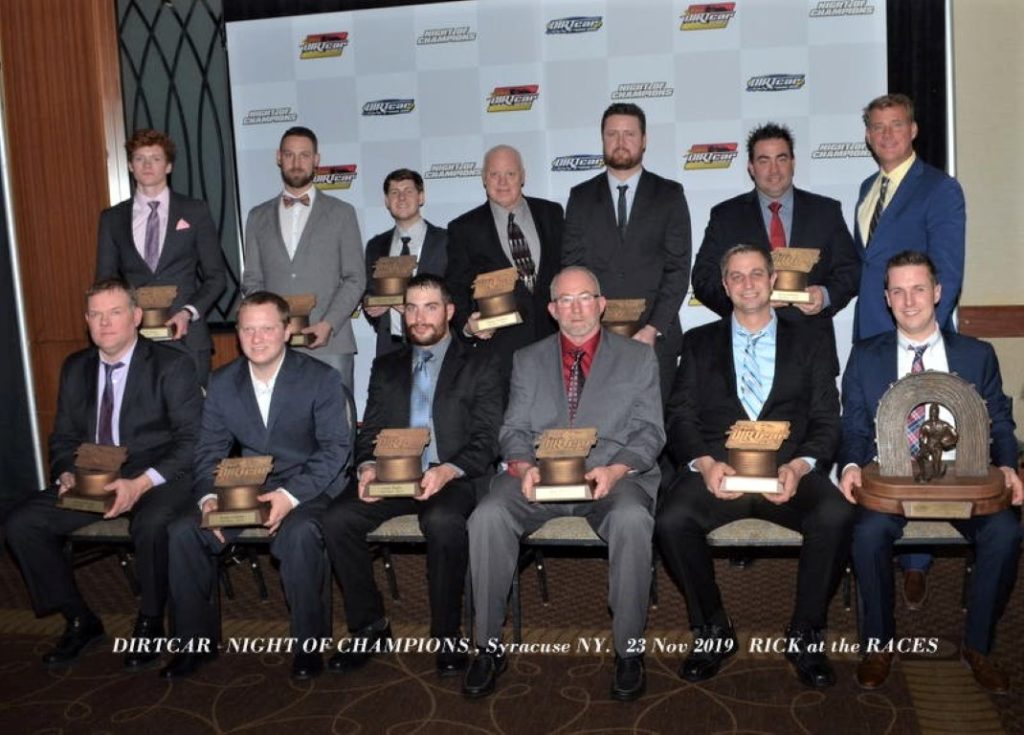 Mat, from St Catharines , Ontario made history as the first Canadian to win the series.

It was now just before 11-00 pm, so after saying my good byes to friends, I made my exit.

After dropping off John ( one of Lance Willix’s crew guys) who needed a ride to Watertown, I was back home in Cornwall by 2-15 am.

Not too bad considering how the day started off !