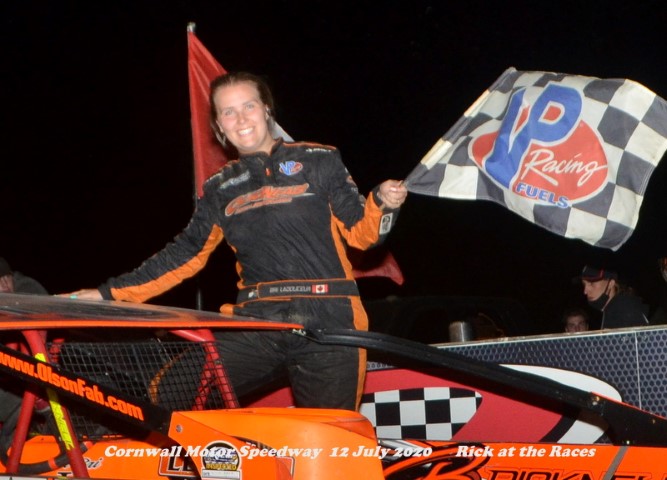 With no long road trips to report on, this weeks offering is a short one, compared to last week.

My destination this past weekend was a few miles from home , and just short drive across town to my local Cornwall Motor Speedway.

On Saturday the 11th of July they were scheduled to stage the Corona Crusher ’50’ for DirtCar Sportsman.

The Modifieds would be absent from the program, but an additional six divisions were added as support.  DirtCar Pro Stocks, Vintage Mods, Street Stocks, Mini Stocks, Mod Lites and Lightening Sprints.

After a few weeks of heat wave conditions in the area,  Saturday , was the day Mother Nature decided to give us the rain, that farmers and gardeners had been hoping for.

So, Saturdays races were postponed to Sunday.

As usual I was there early, and I watched the line up of racers , file through the pit gate.

With so many divisions on the program, the pits were overflowing , and the infield had to be used. 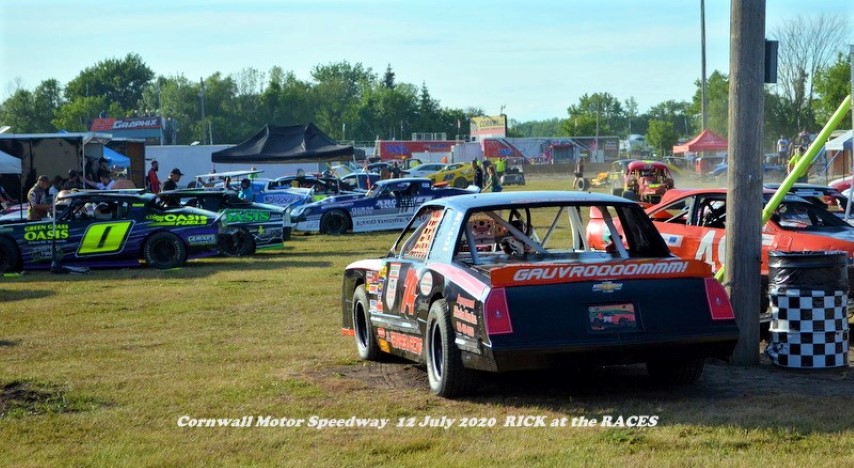 I had plenty of time on hand, so wandered around and chatted to friends.

My photographer buddy, Don Simpson and I met up with our friend Jossee Fortier who was there with her Mod Lite.

I also joined up with my friend Chanty , who’d traveled from Gatineau , Quebec with the Stephane Lebrun Pro Stock Team. 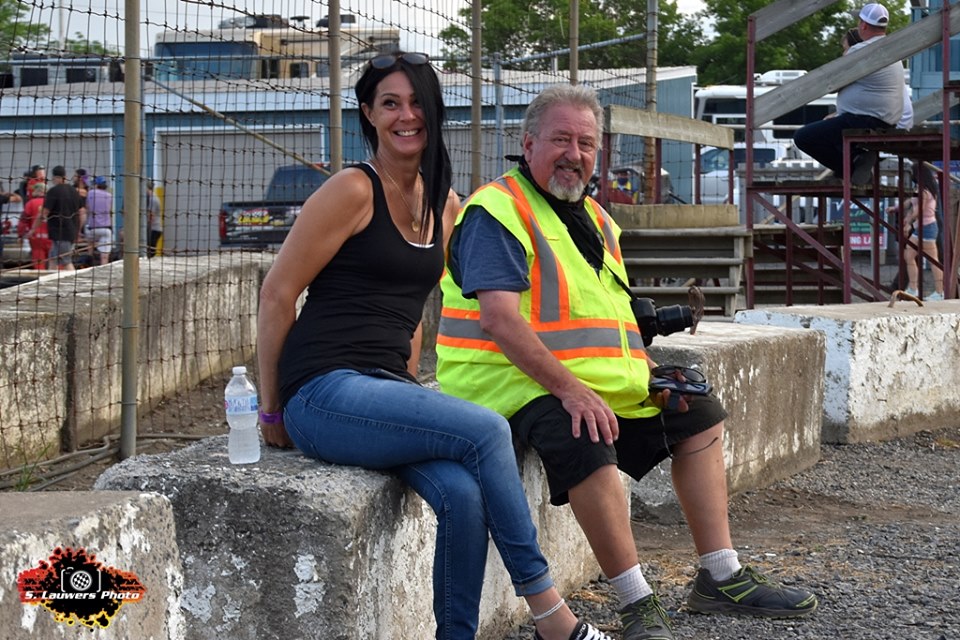 Stephane , had some engine issues, and fellow racer , C.d Beauchamp was helping out 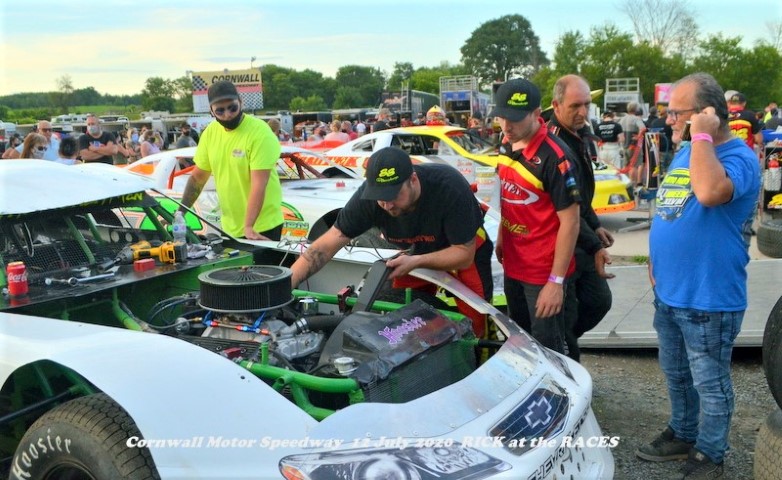 I took up my regular position on the pit tower , for  a few shots before moving to the infield. 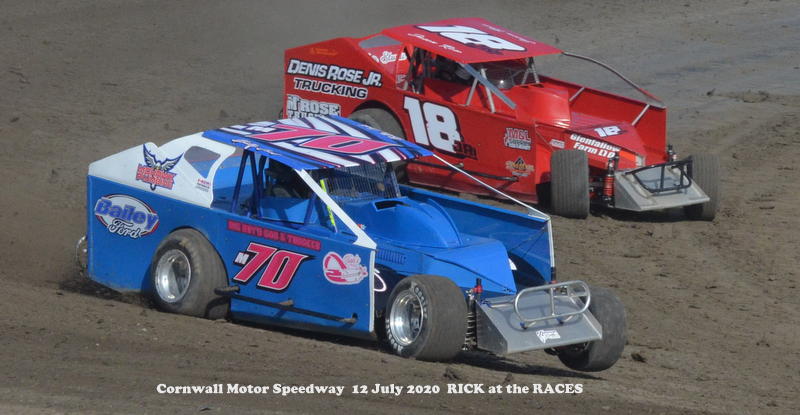 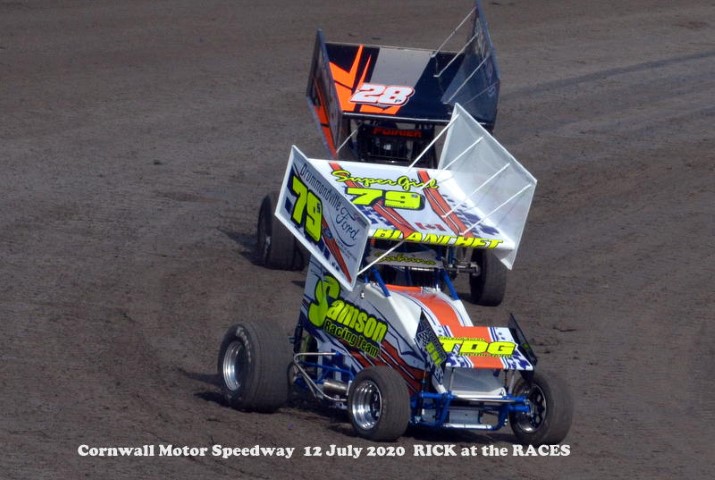 It’s always a challenge, taking pics on the infield when it’s being used as a pits, but it all worked out OK. 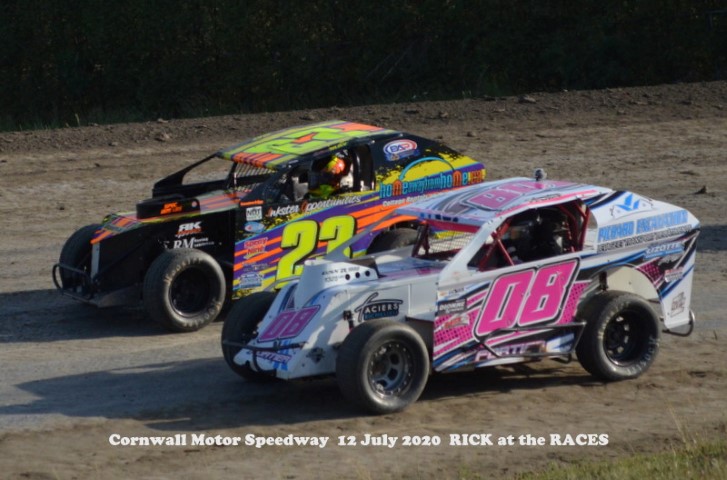 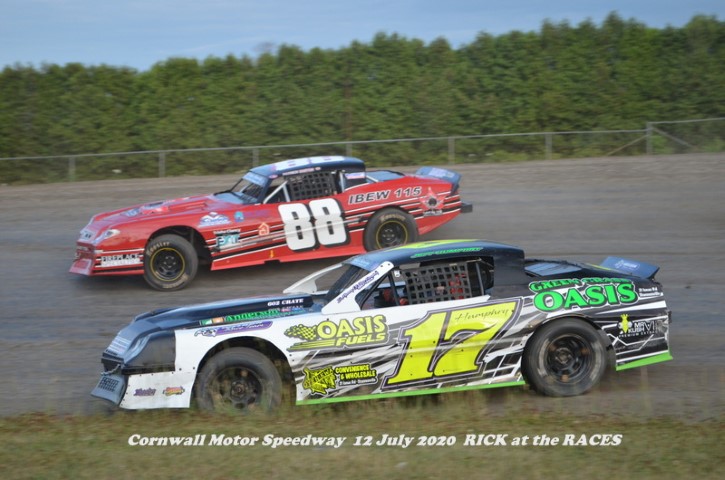 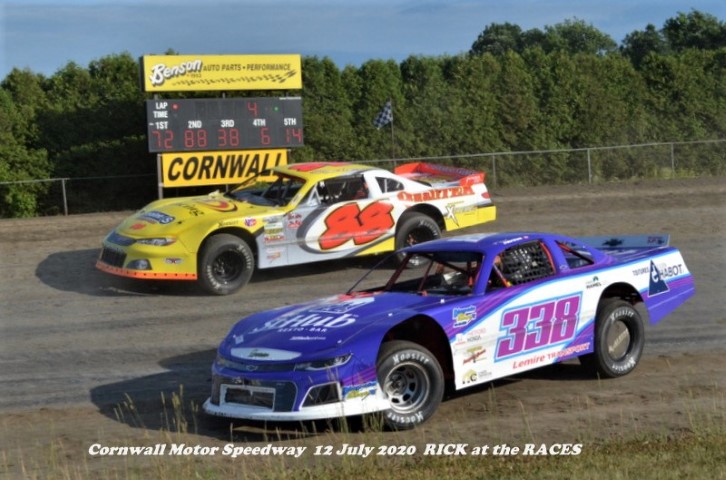 There was a lot of racing to get through, so thankfully all the consolation’s were cancelled with all runners going to the Feature. The heat races were all over by about 7-30, when a brief intermission took place. 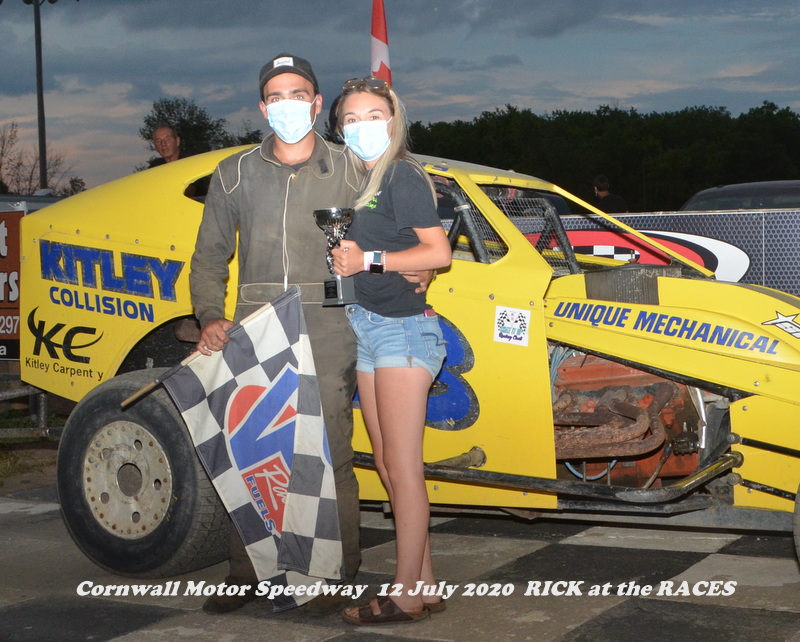 The first of the Feature races were for the Vintage Mods, and this was won by Josh Powers. 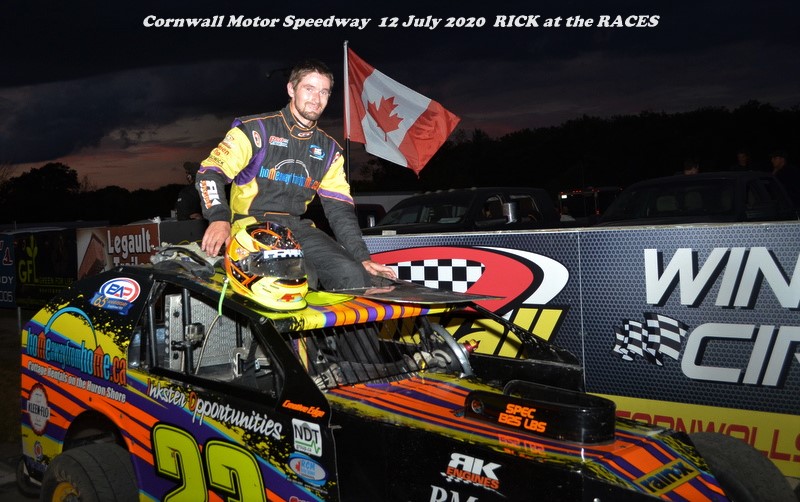 Next up , came the Mod Lite’s where long distance traveler , Jeff May from the Niagara region took the checkers. 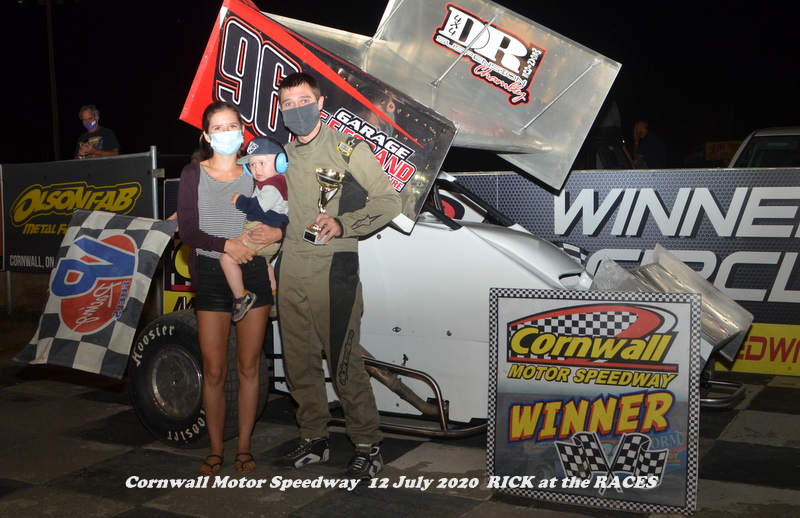 The Lightening Sprints were next, and after a mid race red flag delay, Xavier Lauzon was the winner.

We then endured another delay, with a brief rain shower. It didn’t last long, and the packers were out to quickly dry the track. The headline event was next,  the 40 lap Sportsman feature.

This turned out to be a very good race, with the lead changing several times, but once again, the red flags came out as Johnathan Fergusson flipped over on the entry to turn three. 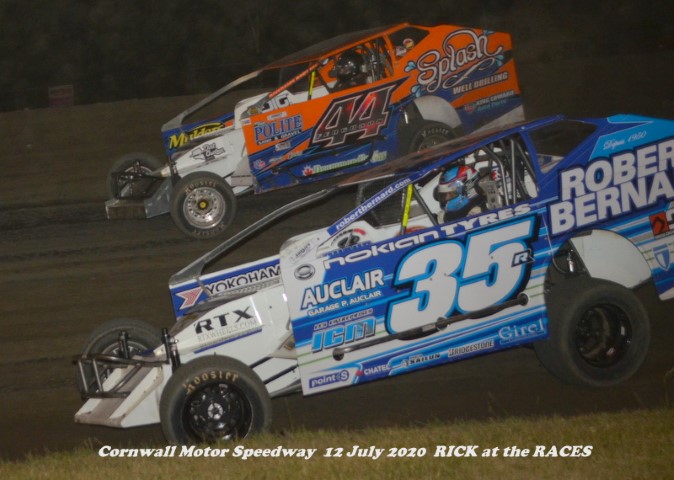 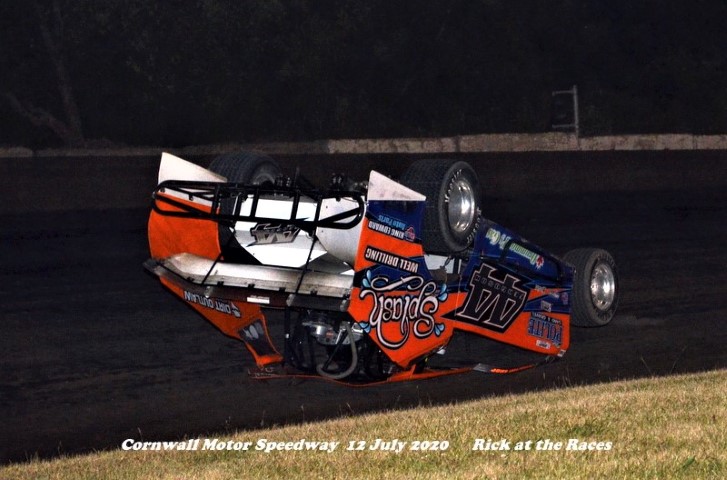 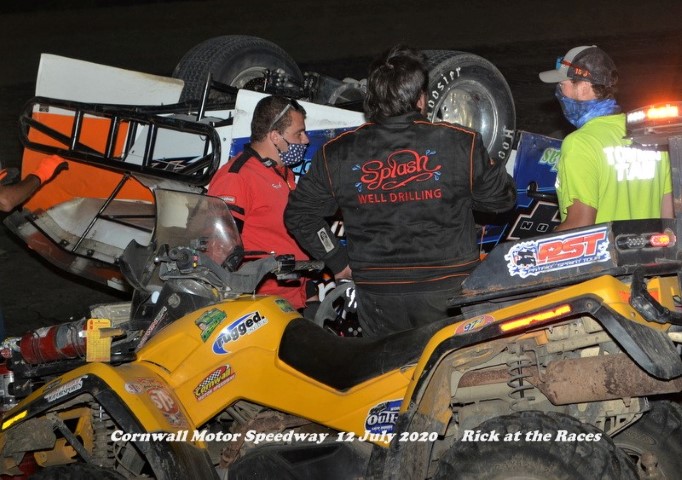 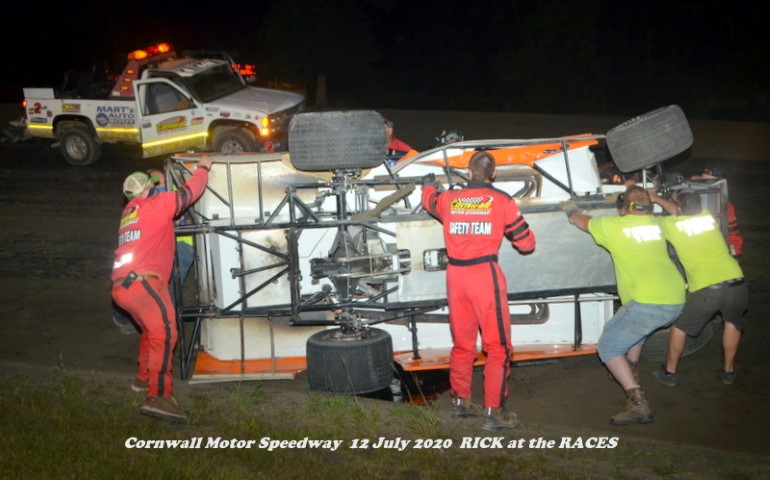 The safety crew were soon on the scene, to do what they do best. Pleased to say Johnathan walked away unhurt. 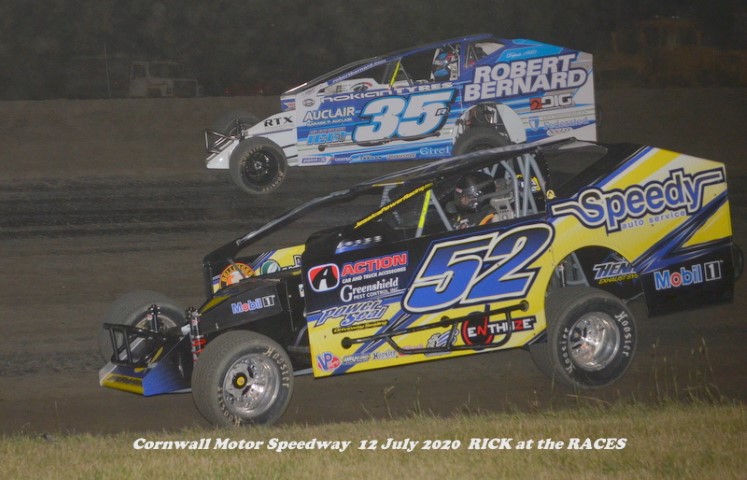 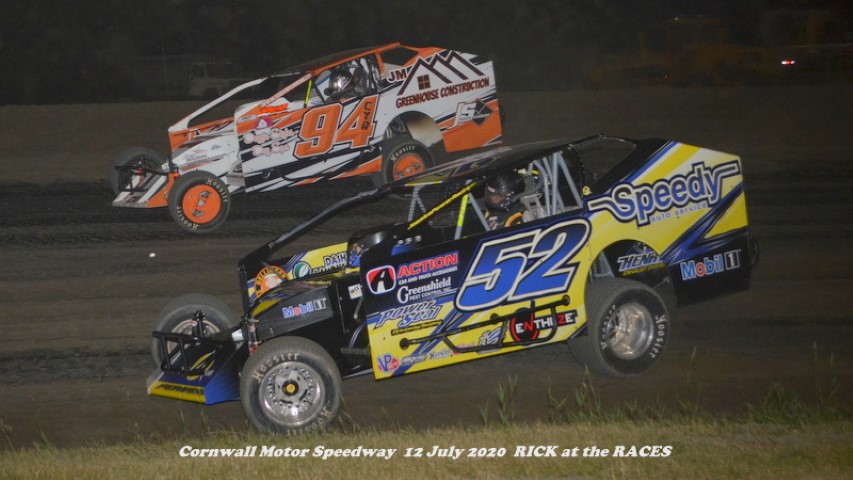 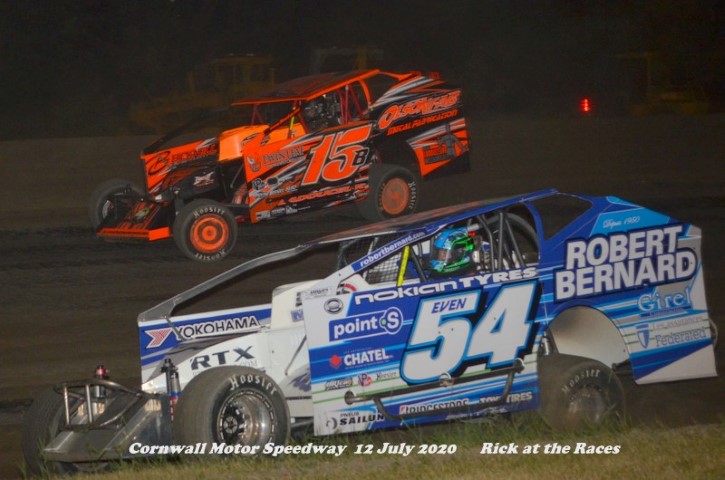 After the restart there was a great battle up front between Gab Cyr and Brianna Ladouceur , but as the checkers came in site, it was the young lady, who edged ahead, to take the win. 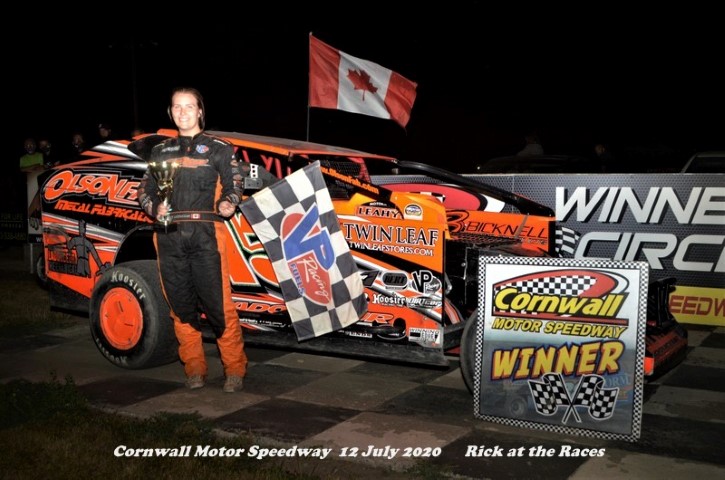 The Pro Stock feature quickly followed which provided the second win of the year for C.d Beauchamp. 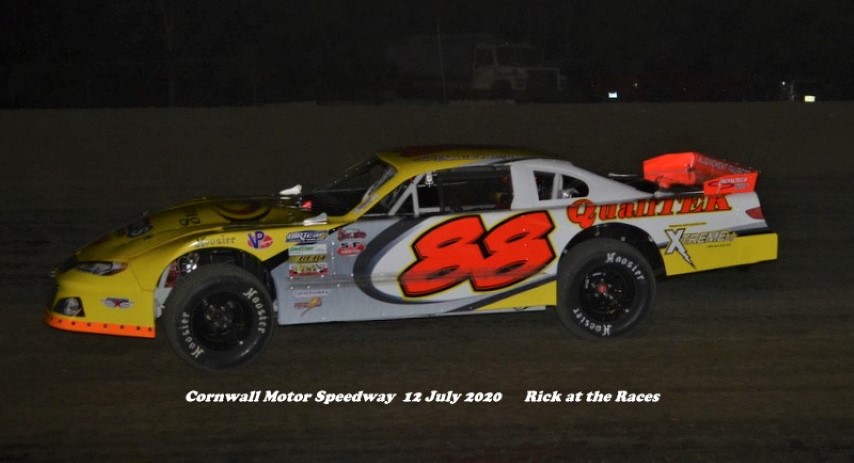 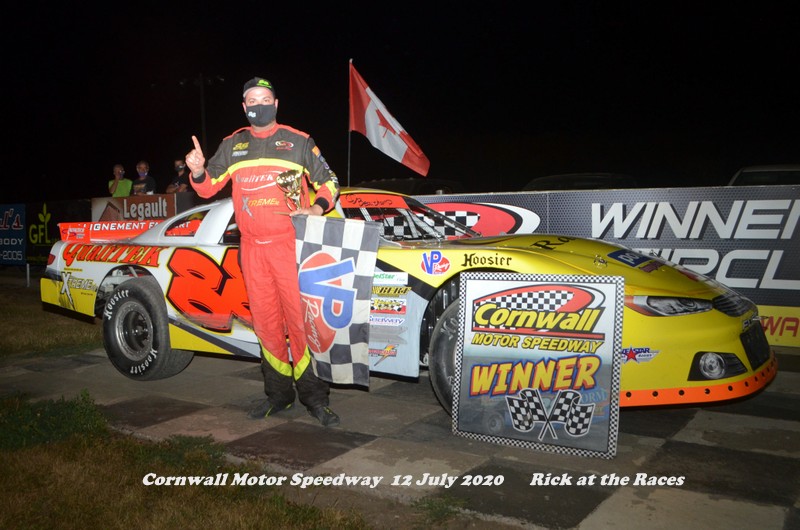 The Street Stocks feature was next, and it was great to see this division back at Cornwall for this special occasion. Back in the day, we used to call them ‘Duke Stocks’ 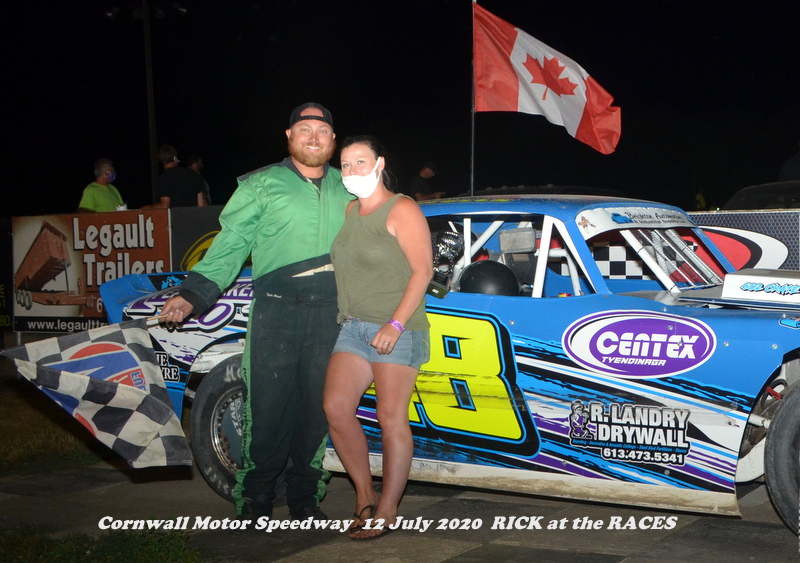 Most of the field were cars visiting from the Brighton Speedway, and the winner was one of their locals, Adam Wells.

The final race of the night, the 25 lap Mini Stock feature took to the track about 11-30, and I’m pleased to say it ran caution free to the end. 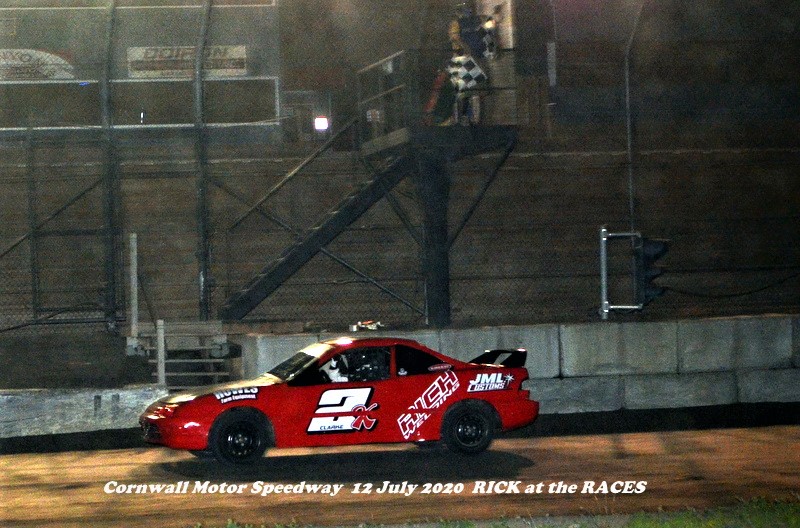 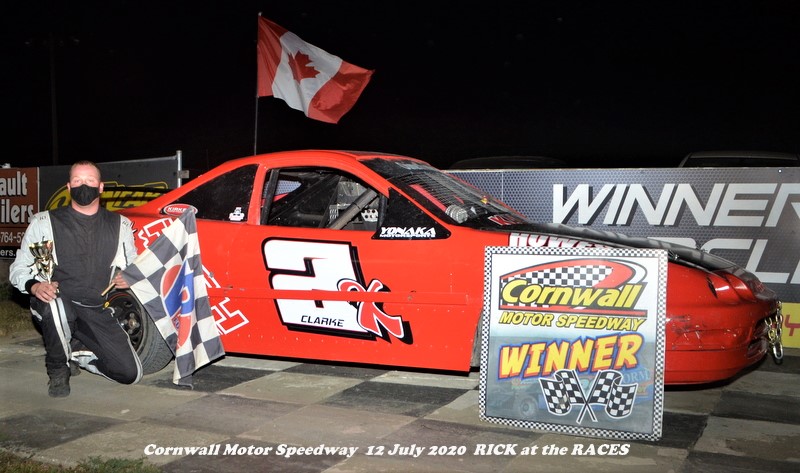 James Clark from Van Kleek Hill was the winner.

Victory Lane pictures were all done by 11-45, and I was on my way home before mid-night.

Not too bad , for a full program events,  a rain delay, and two red flag situations.

I’m now looking forward to next Saturday and the first race of the year at the Brockville Ontario Speedway. 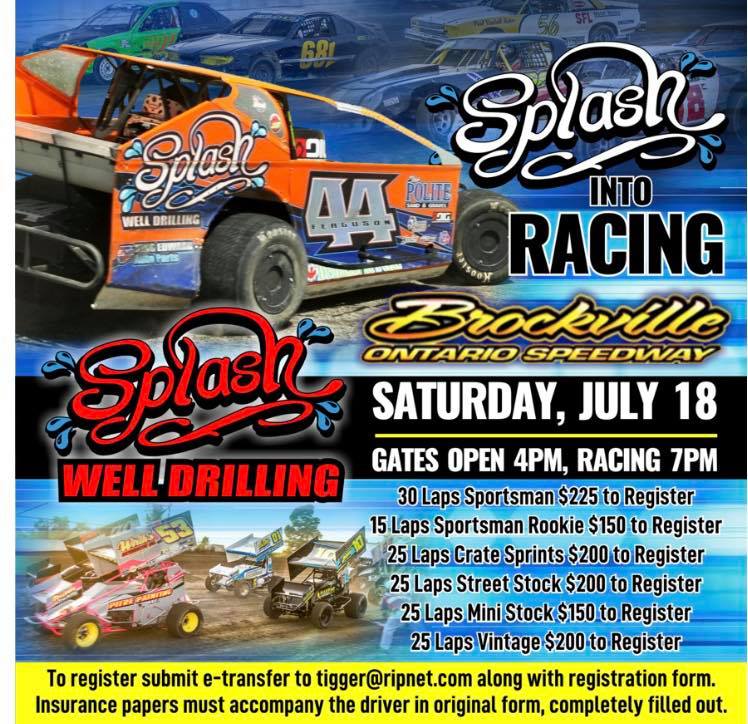