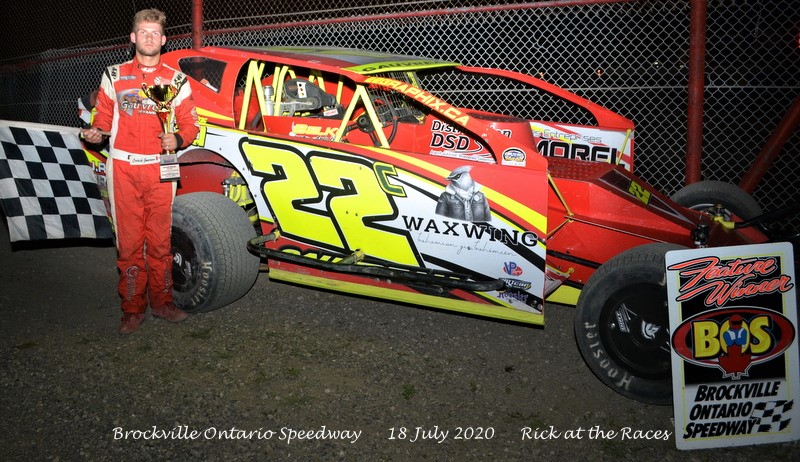 This week it was the turn of my local Brockville Ontario Speedway, to have it’s opening race night of 2020 , as our province slowly emerges from the COVID 19 lockdown .

Stage 3 in the easing of restrictions from our government allows 100 fans in the grandstands.

On Saturday the 18th of July, SPLASH WELL DRILLING were sponsoring  Brockvilles ‘Splash in to Racing’ which featured a 30 lap DirtCar Sportsman race as the headline event. SPLASH is the company owned by the Todd Fergusson,  a former driver , who’s son Johnathan now competes in both Sportsman and 358 Modifieds.

Before the weekends racing came round , I had Thursday and Friday  I.V.I.G transfusions at the Cornwall Hospital, as we continue to keep my Myasthenia Gravis under control. It was about this time last year , I began having a relapse and ended up in Ottawa Hospital for two weeks. Fingers crossed, I’m OK now, and things are going well again.

Unfortunately, this B.O.S opener coincided with another big show taking place at Autodrome Granby on the same night which included Modifieds , so I had a difficult decision.  I’ve been regularly taking pics at Brockville for over 15 years, and consider it as ‘home’ so loyalty prevailed, and that’s where I went.

I set off early from my place in Cornwall on Saturday as I wanted to make a detour, to Merrickville.

As I’ve mentioned on here before, one of my other life long hobbys has been collecting die casts. There are a couple of good ‘collectable’ stores in the town, and there was something I wanted to buy. 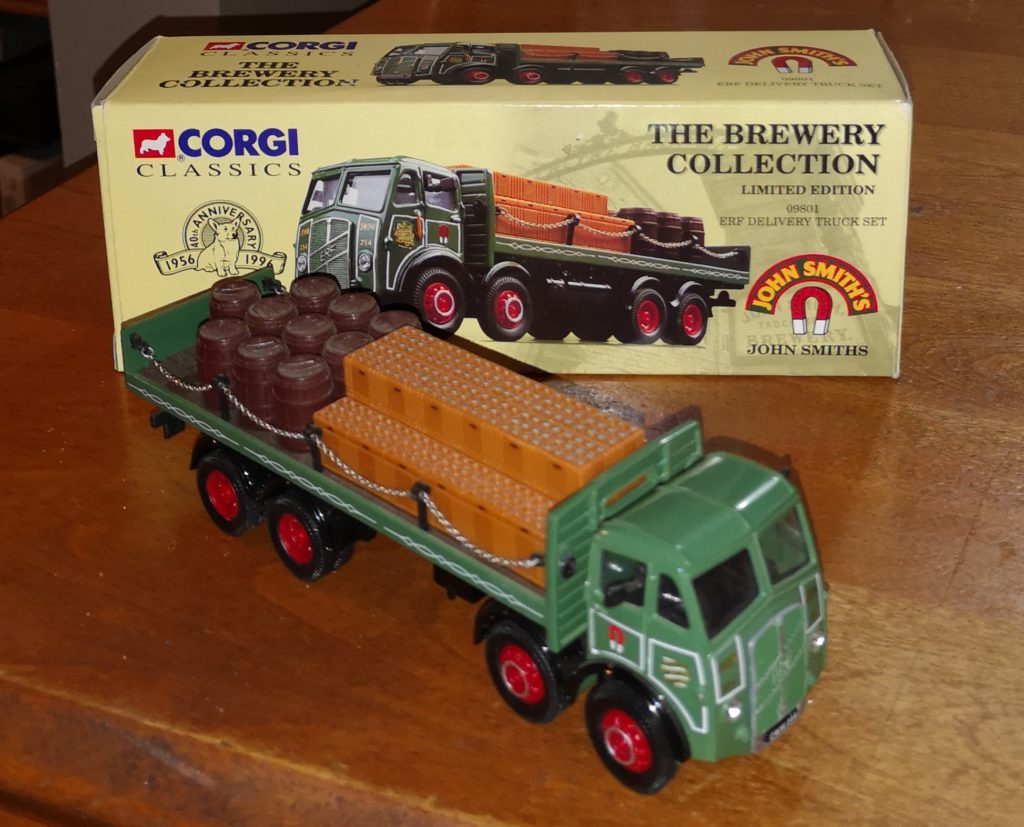 I picked up this nice limited edition E.R.F  Brewery Truck by Corgi.

After a bite to eat in nearby Smiths Falls I was at the track as the pit gates opened.

Even though the 358 Modifieds were absent from the program, there were seven divisions on offer.  Sportsman, Rookie Sportsman, Vintage Mods, Street Stocks, Mini Stocks and Crate Sprints.

This year the B.O.S are introducing the Sprints to their regular divisions. Anyone who knows me , will confirm, I’m no lover of Sprint Cars, so I looked to this with great trepidation. This was there first time out, so thought I’d give them the benefit of the doubt and see how they go.

Luke Stewart, one of the Modified drivers was trying them out this year, so I went for a quick chat in the pits.

His family have been in to dirt modified racing for many years, including his uncle Todd, who used to win many races at the B.O.S 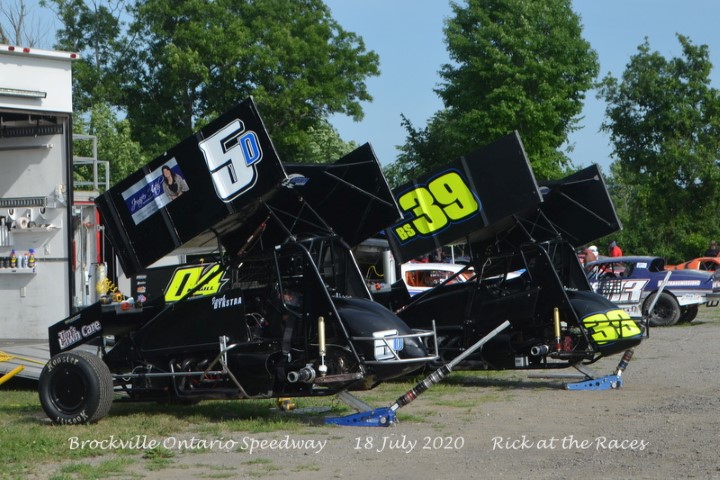 There were a few long  distance travelers from the Niagara region including James Friesen # 72 in the Sportsman and some of the Sprints. 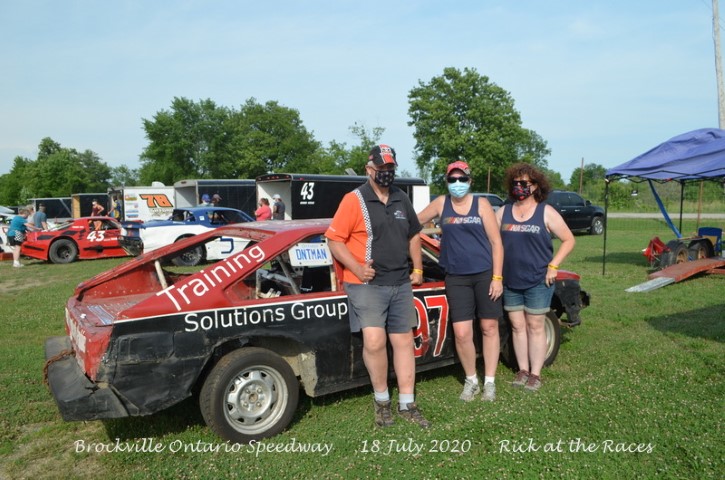 I also caught up with my old friend from the Capital City Speedway days, Mini Stock driver, Dentman Dave Watchorn and his crew.

When the action began, I stationed myself in my regular picture taking spot on turn one and two . 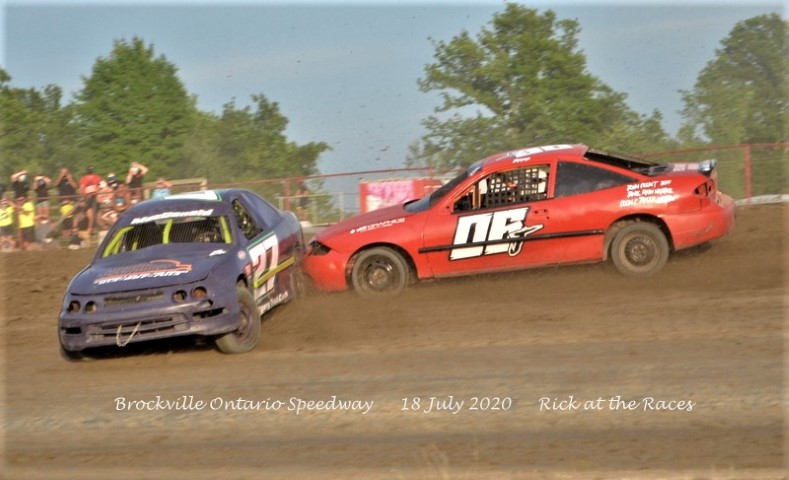 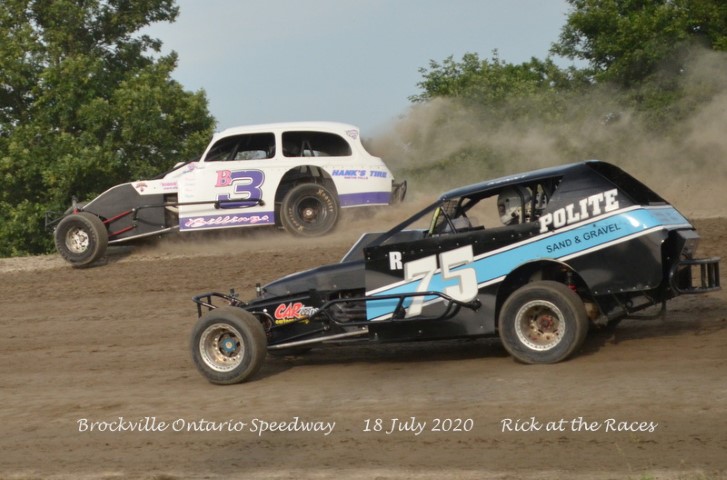 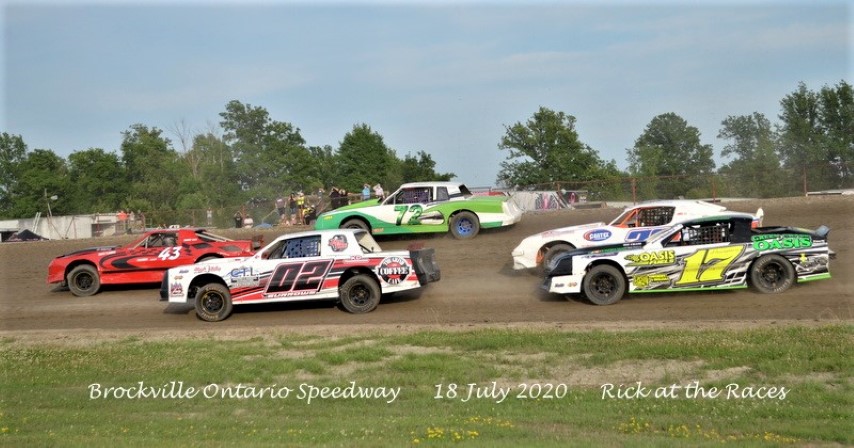 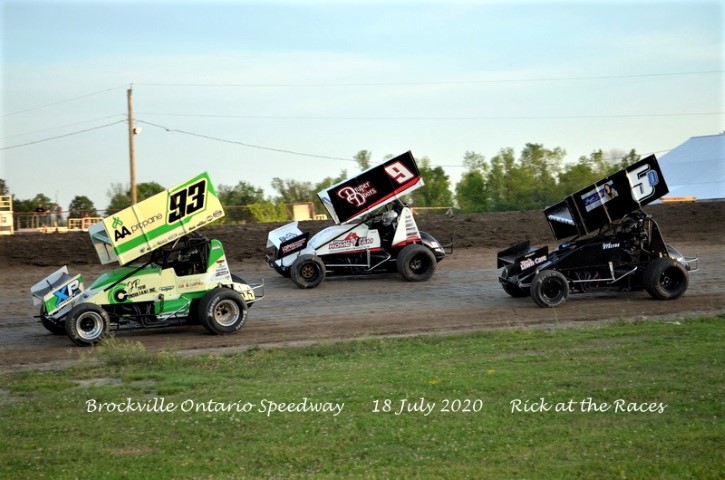 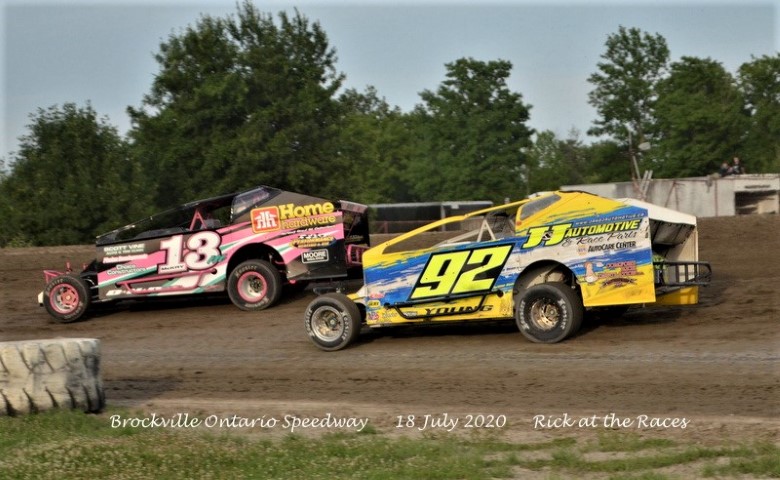 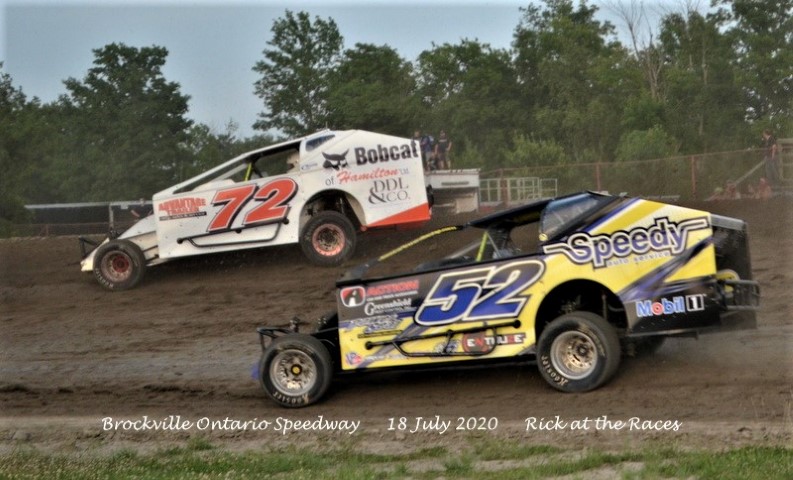 It was another scorching hot day, so I took my lawn chair and didn’t stray too far.

After a quick intermission, racing resumed with the Street Stock Feature up first. 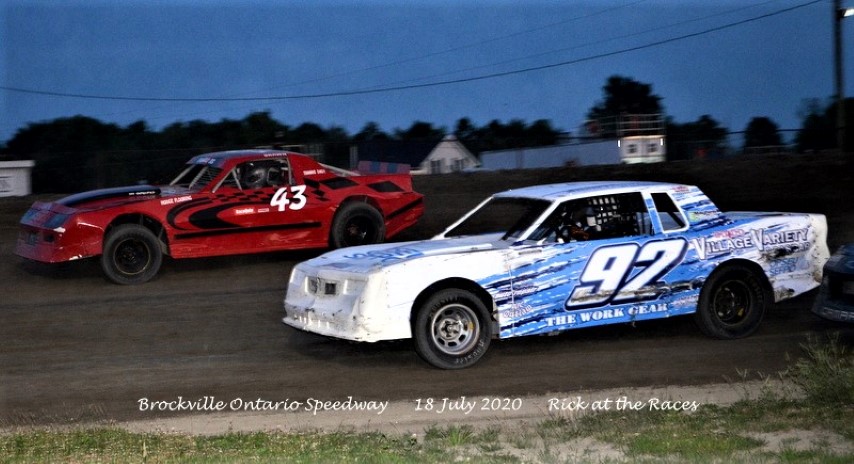 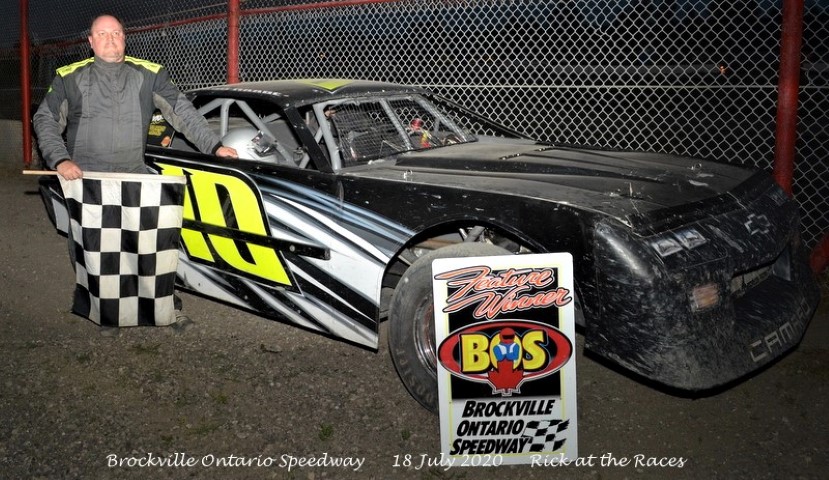 Next up was the Rookie Sportsman, where I got to see 14 year old Fire Swamp take the win. Fire, from Akwesasne , had also got a win the night before, at the Can Am Speedway (Lafargeville, NY). 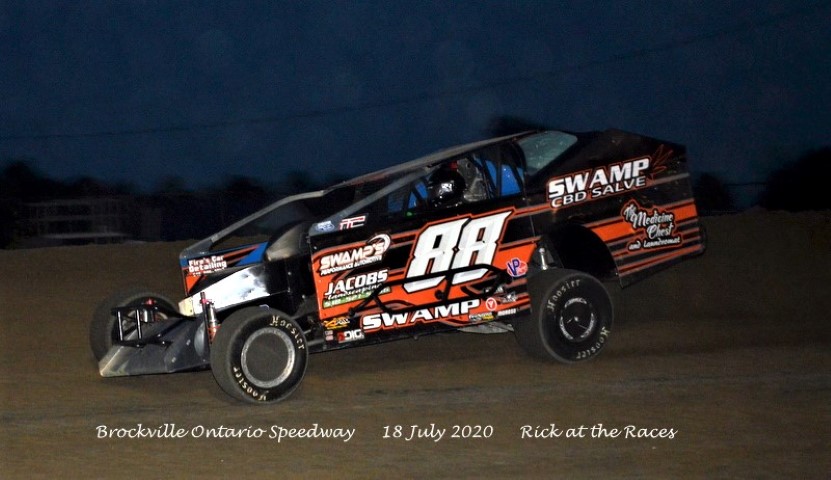 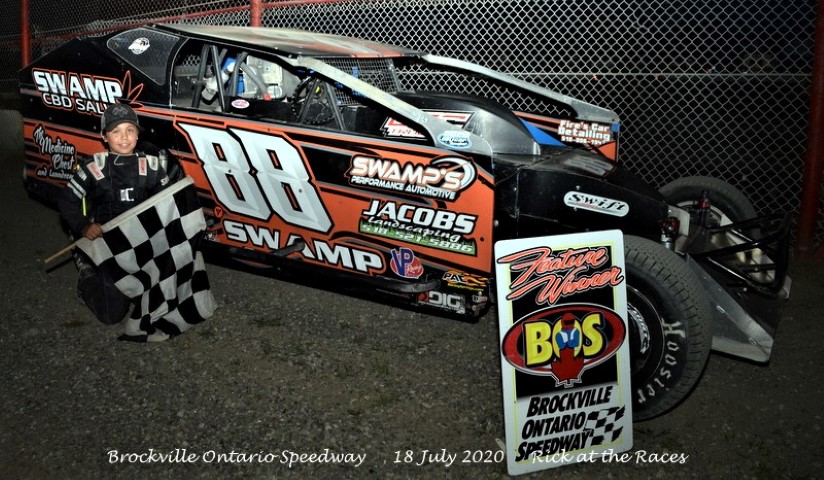 The kid’s got talent and I’m sure he will be a big name in the future.

The 30 lap ‘Splash in to Racing , main event for Sportsman was next.

After a few early race cautions the race steadied to a good race long battle between Cedric Gauvreau and Johnathan Fergusson. 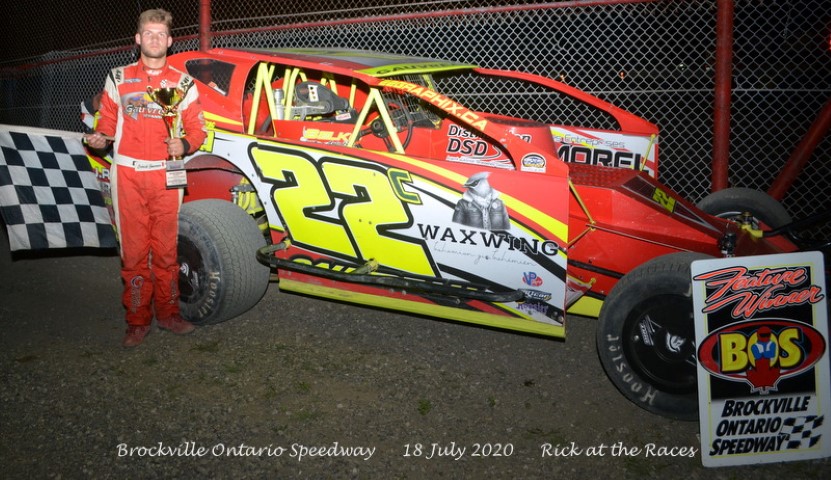 It could of been anyones race, but it was Gauvreau who was ahead when they crossed the checkers.

The Ministocks , followed and it was Jim Clark claiming his third win of the year. 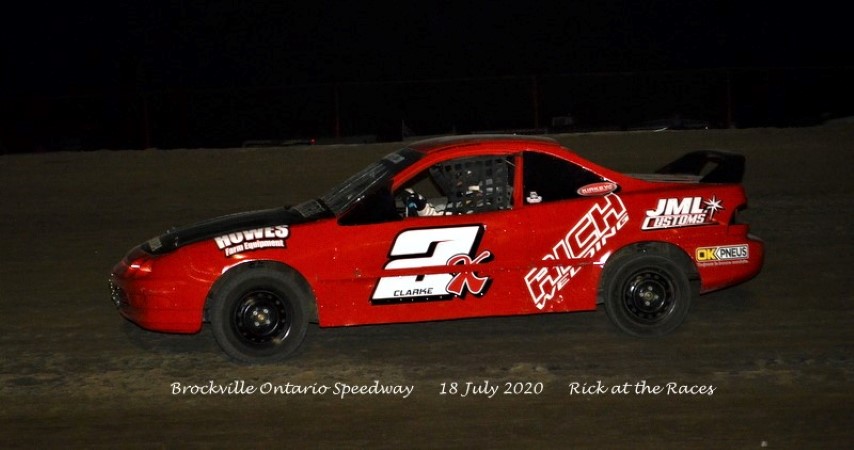 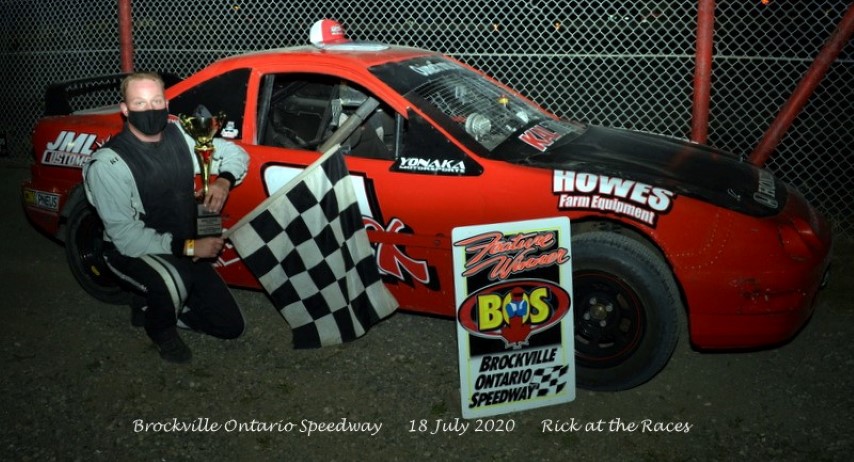 Already he has won two features at the Cornwall Motor Speedway.

The Vintage Mods were up next and after Sheldon Hoegwerf  led for the first part of the race, Jason Powers came through to get the win. 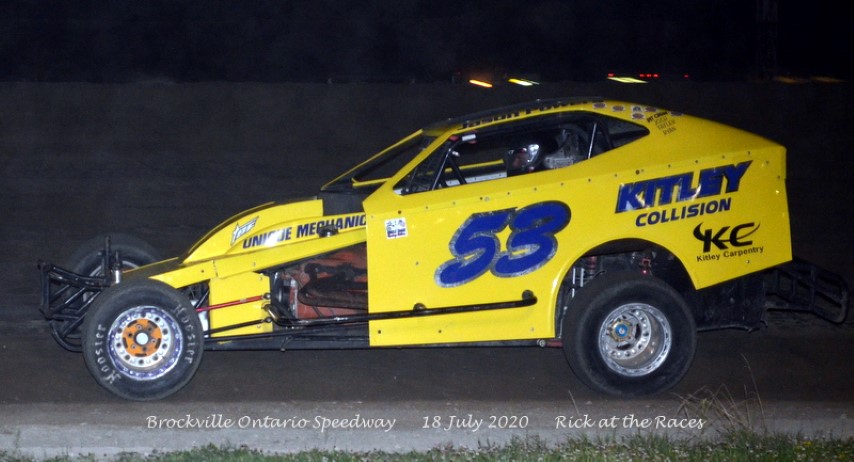 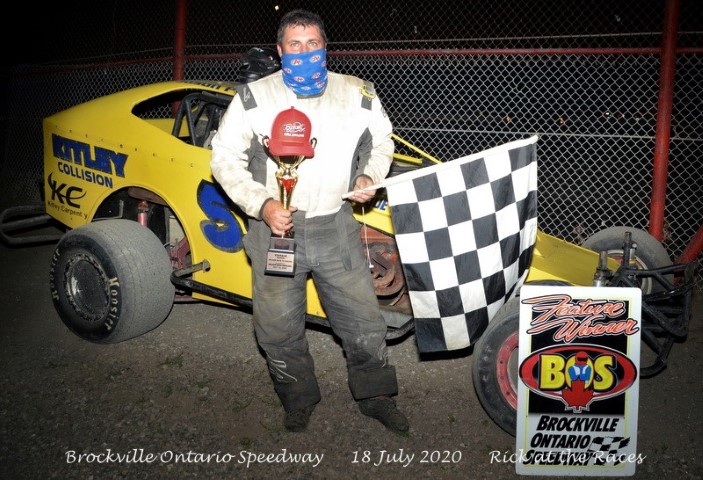 The same car was in Victory Lane at Cornwall, the week previously with his son Josh at the wheel.

The Final race of the night was the 25 lapper for the Crate Sprints, and I must admit, they did better than I expected.

A low turn out of cars , and a crop of capable drivers meant , just one caution, and a swift running race.

Luke Stewart led Jacob Dykstra  up until lap 20, when he lost power steering and went over the cushion , and brought out the yellows. 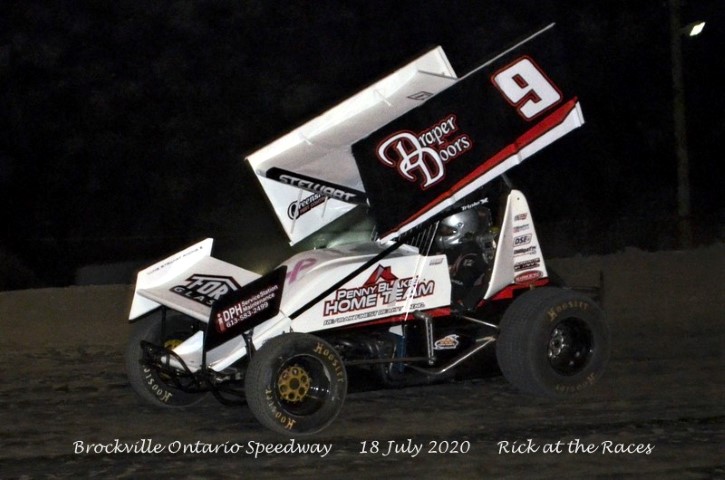 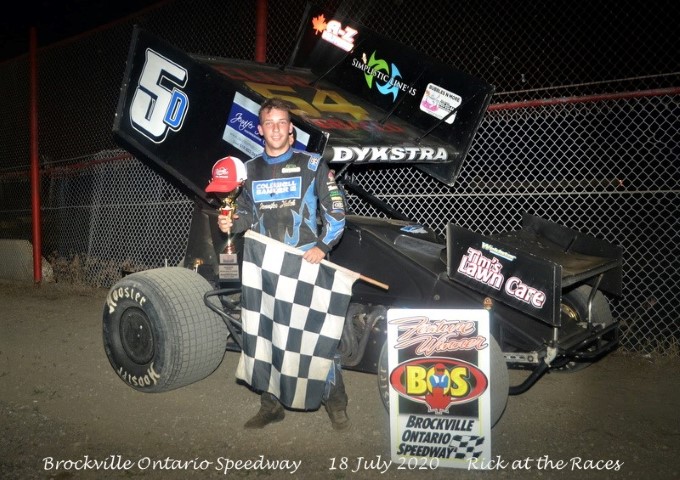 This handed the Victory to Dykstra a Niagara area driver.

The Victory Lane pictures were all done by 10-45 and I was back home in Cornwall soon after mid night. 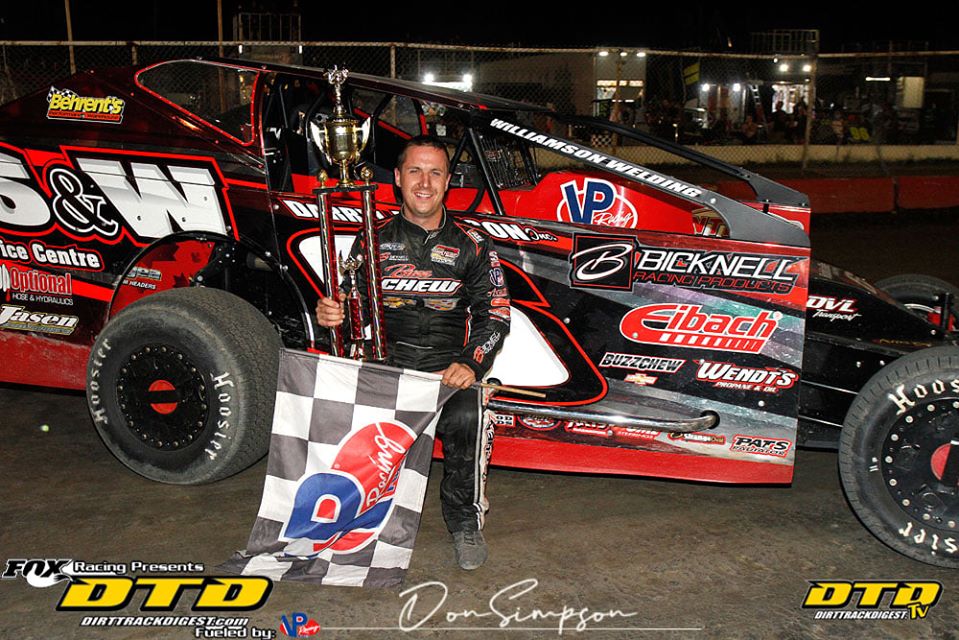 Meanwhile up at Autodrome Granby, my ‘Tog’ buddy Don Simpson was there to see Matt Williamson get the win.

Looking ahead to next week, I’m hoping to be at the Cornwall Motor Speedway on Saturday the 25th of July for the Summer Sizzler and the Merrittville Speedway on Sunday the 26th for their 40 lap $1500 to win 358 Modified race. Then on August the 1st the Modifieds will be at Brockville 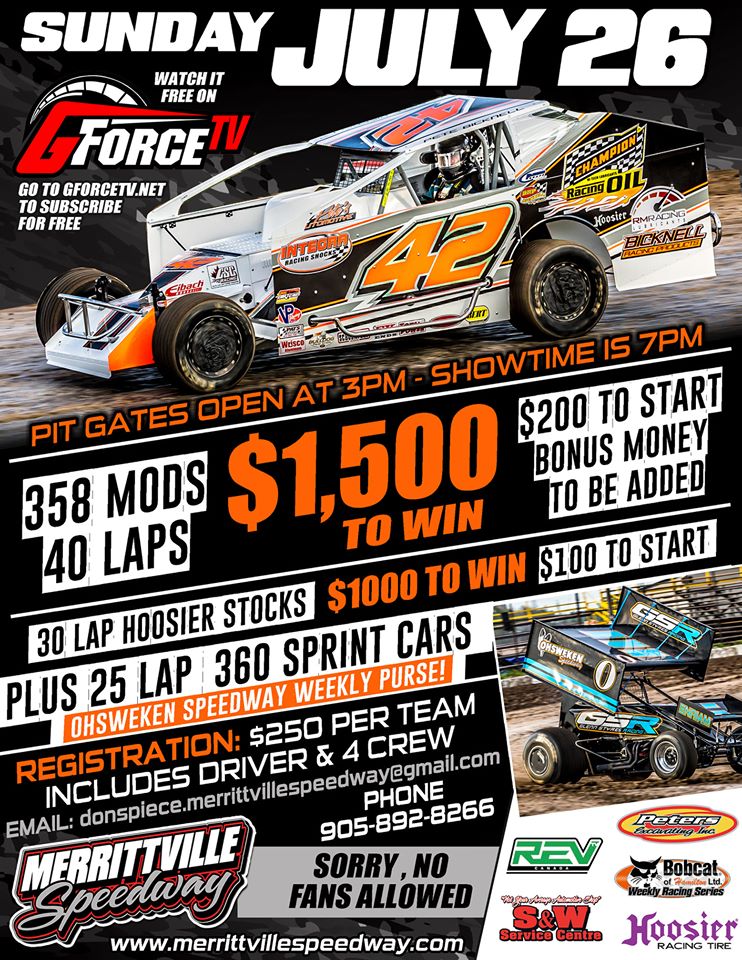