The last weekend of May saw the first bit of racing in Canada , when Autodrome Granby opened up under strict COVID  restrictions. It was to be carefully watched by the health authorities and have a police presence. No  drivers outside of Quebec were allowed to race, and fans from Ontario were not allowed to cross the provincial border, with out good reason. I guess my media work would of exempted me, but I decided to give it a miss.

Instead , I made another Race Shop visit

I’ve know the Ladouceur family for over 20  years and when I was living in Maxville Ontario , I was a regular visitor to their Mr Radiator shop in nearby Alexandria .

At that time in 2001 , Laurent Ladouceur was one of the top 358 Modified drivers in my area, and when I was contacted by BriSCA in the UK to find them a good driver to represent Canada, in the F1 Stock Car World Final, he was a perfect choice.

I drove over to Alexandria to meet him, introduced myself and that’s where it all started 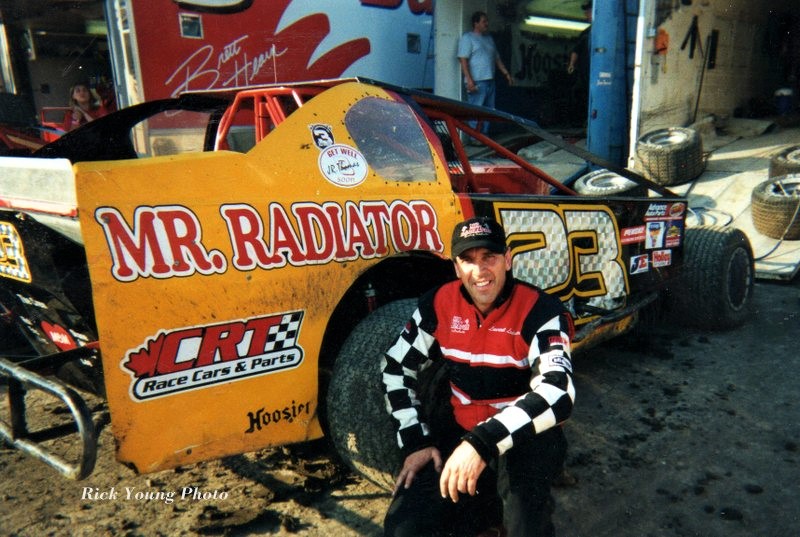 As a former 358 DIRT Series winner and living nearby,  it made the organizing that much easier , he had all the credentials.

The BriSCA F1 World Final is the premier oval racing event in Europe and was being held in September that year at the Hednesford Hills Raceway in the middle of England. 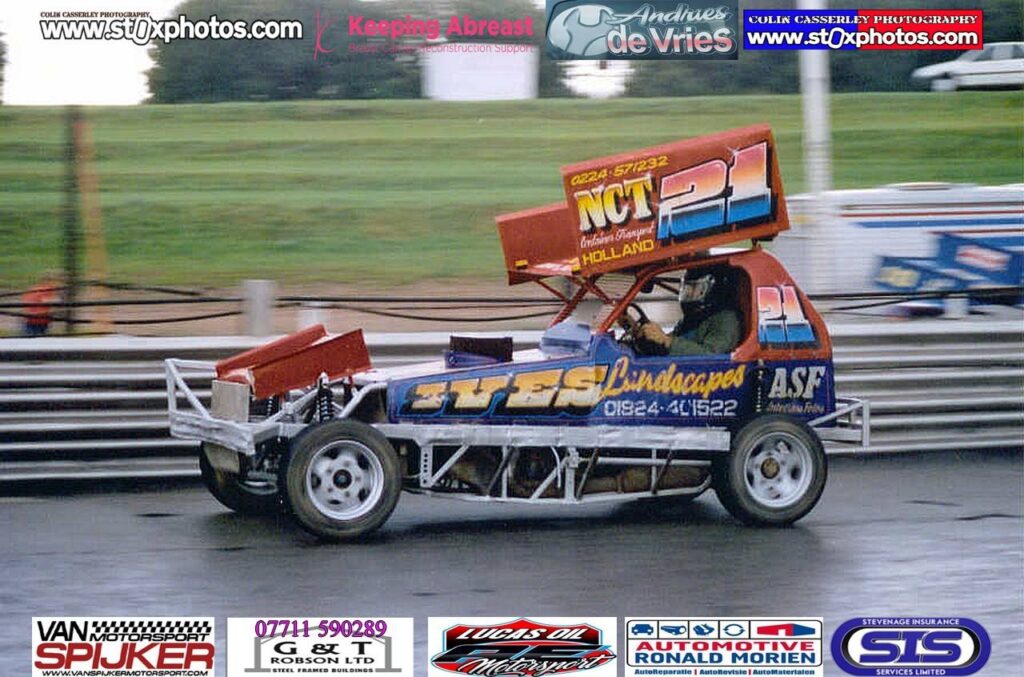 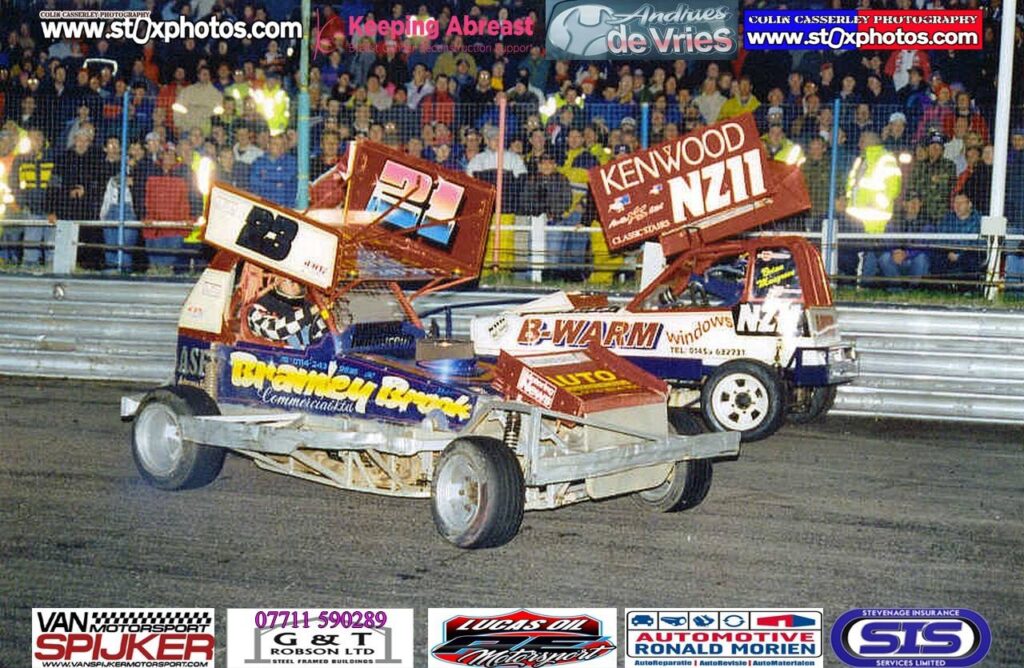 Laurent agreed, his flights , accommodation and the use of a race car were covered by BriSCA and the trip took place.

Since that initial introduction, I got to know the family quite well.

He has two sons,  Joey who is the oldest and Lee who is the youngest are both successful racers. They’ve have had wins in a wide range of dirt racing divisions.

Most of Joeys victories came in the Pro Stocks, 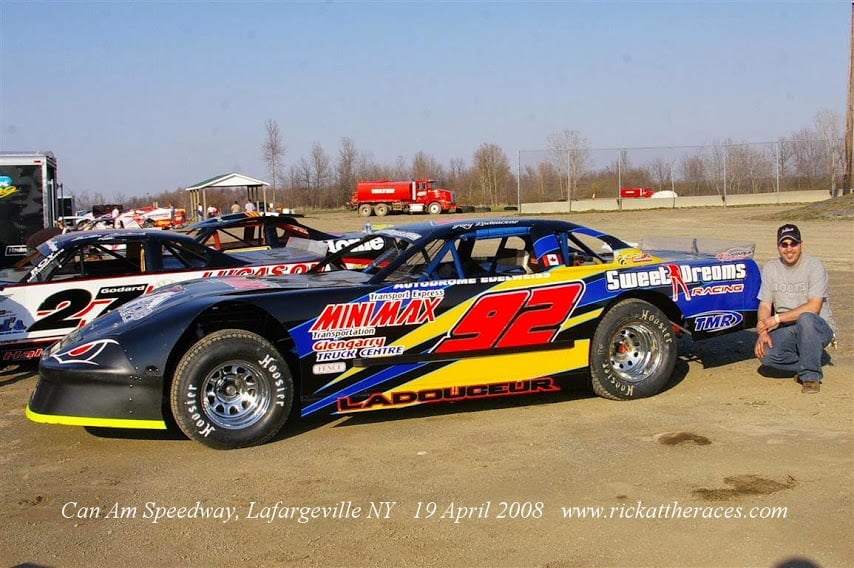 and most of Lee’s were in Sprint Cars

They are both currently competing in the 358 Modified division  , while Laurent has now retired from racing.

The reason for my ‘shop’ visit was to check out the progress of  the Sportsman Car being prepared for the third generation of Ladouceurs to grace the tracks. 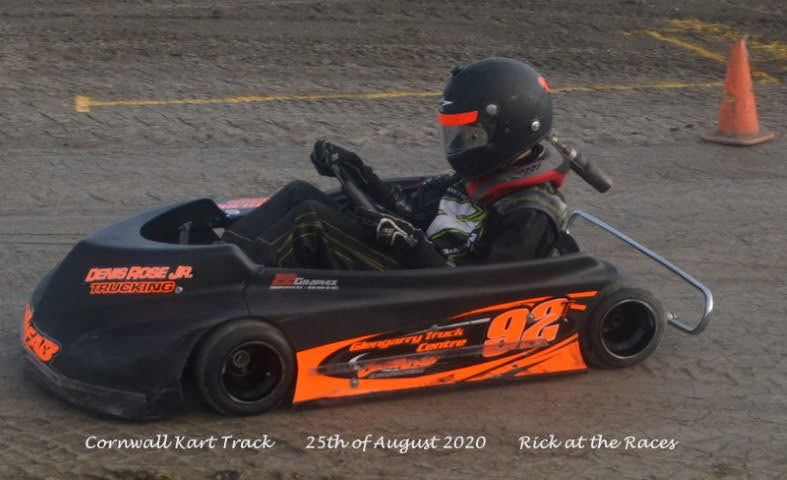 After many years on the Cornwall Kart track , Joey’s 14 year old son Tristan will be moving to the big track.

A car was bought from Brockville regular Jamie Young (no relation) and work began preparing it for Tristan’s debut in the Rookie Sportsman division. 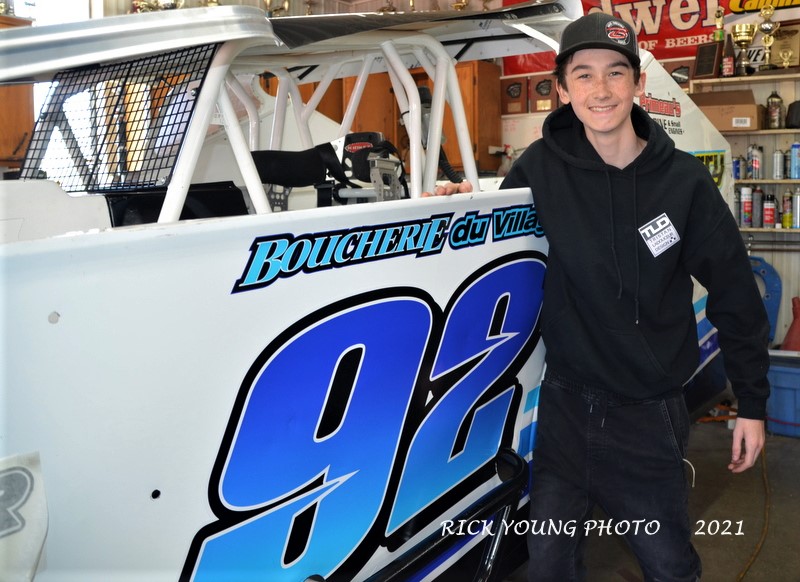 When I was there , the wrap and decals were being fitted. 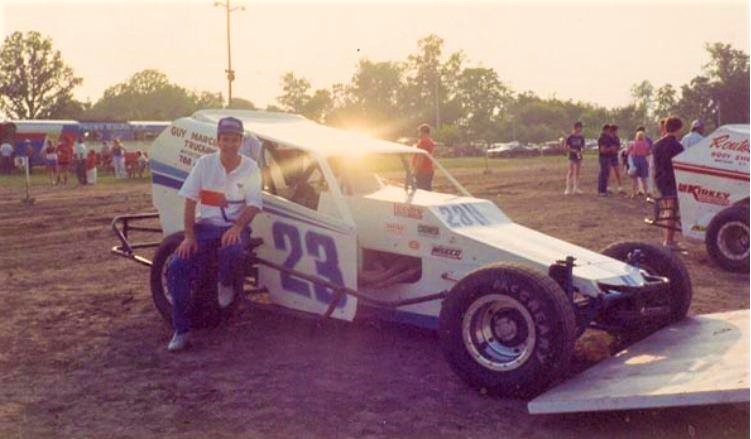 The color scheme is very retro, and similar to Laurents 1987 car 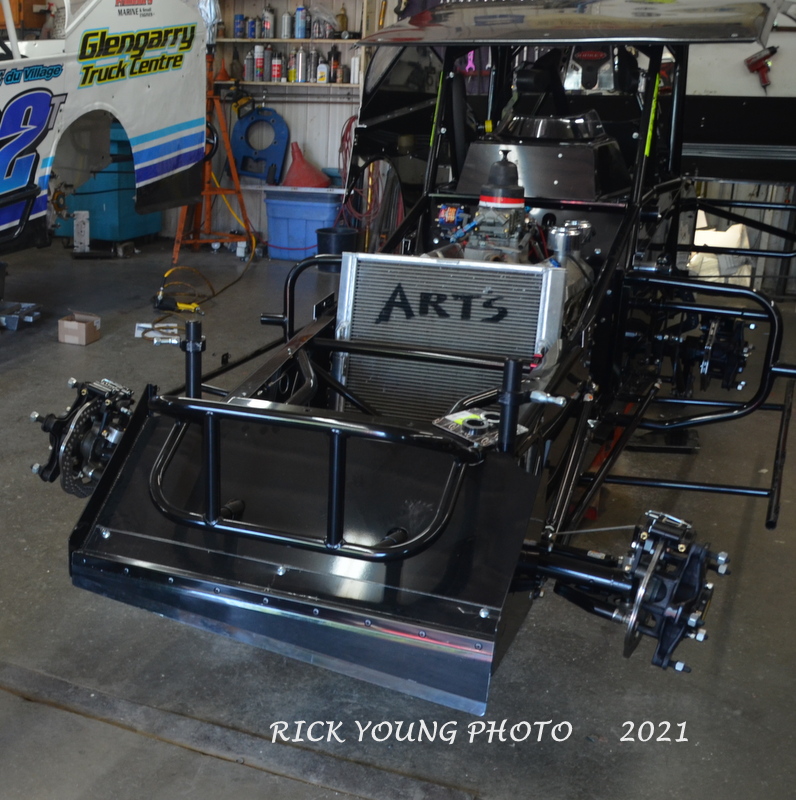 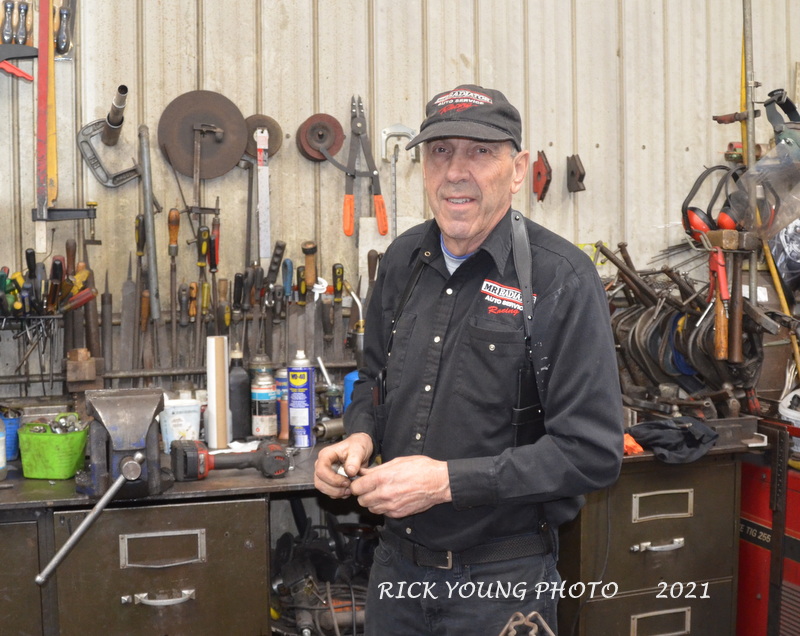 I wandered round the shop and found Laurent, still busy. 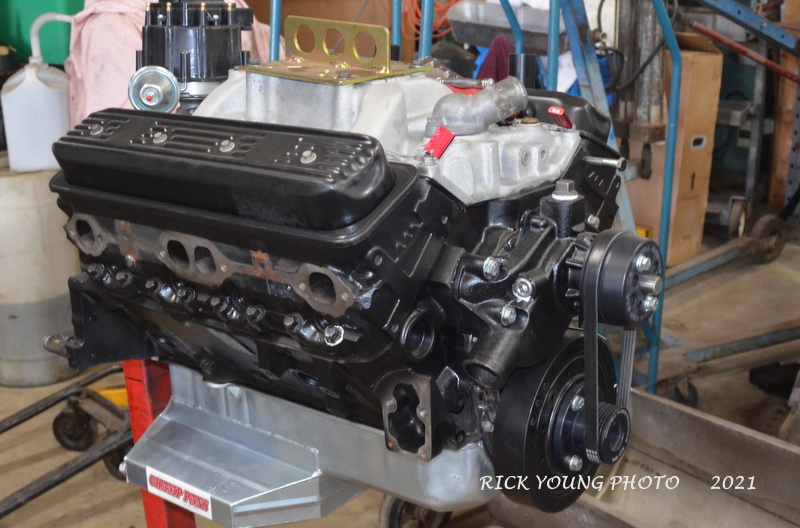 Lee will be back , in Sprint Cars for a few outings this year, so his engine was sitting there ready to be installed.

A couple of customers cars, were in the shop, 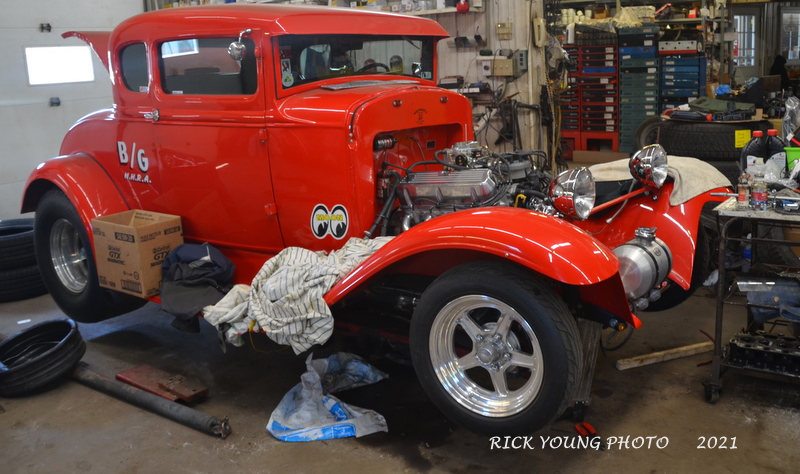 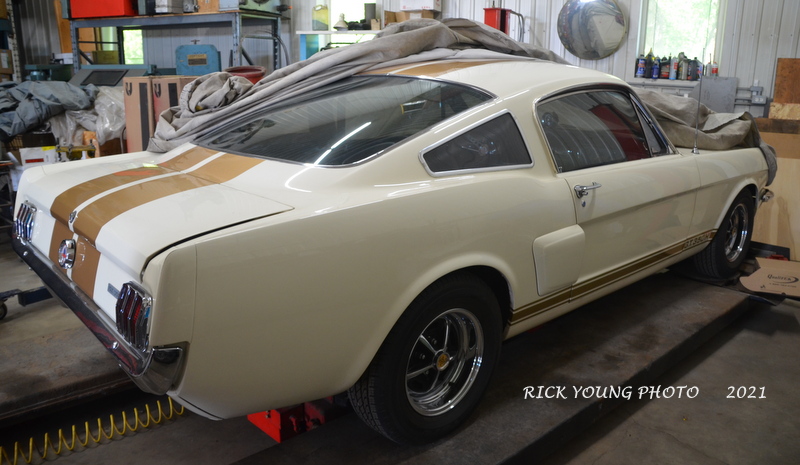 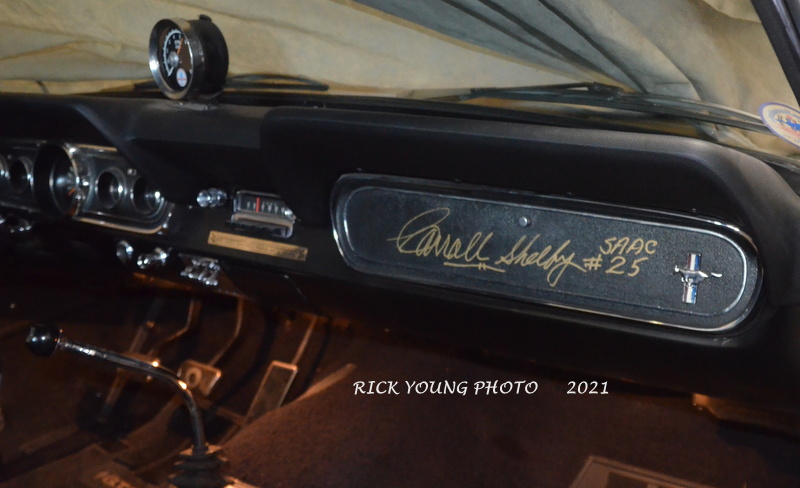 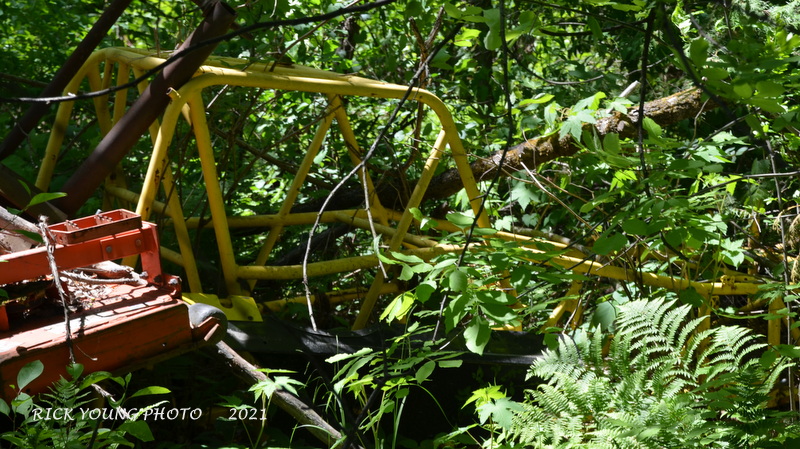 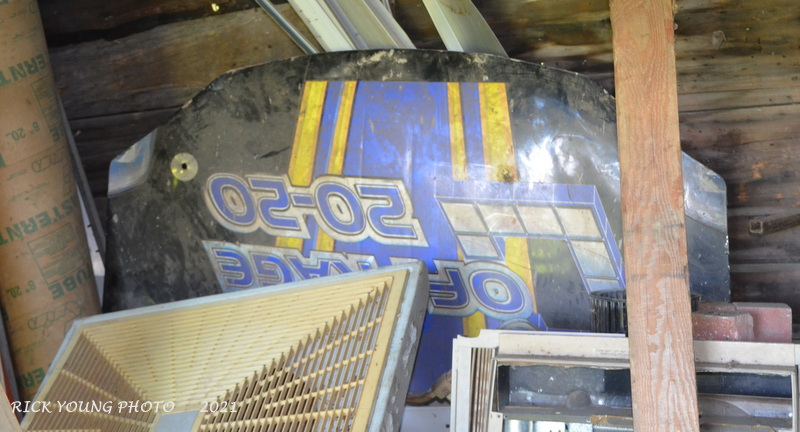 It’s always nice when I’m on these shop visits, and start nosing around the yard. You never know what you might find. 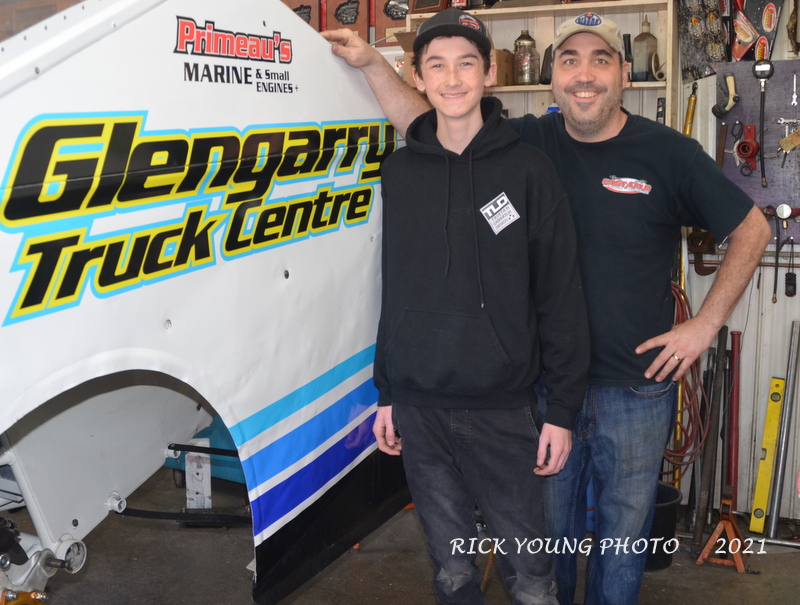 Thanks to the Ladouceurs for the invitation to visit. 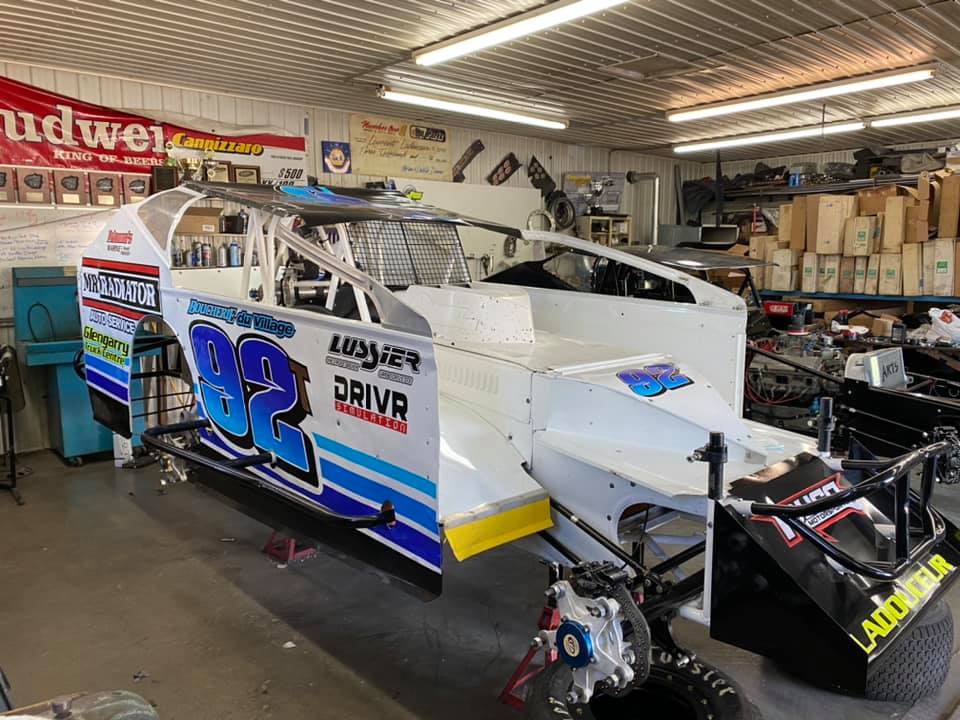 When I got home Joey sent this picture of the car, once a few more decals had been added.

So the month of May came to an end with still no races under my belt, and most of my spare time was taken up shooting pictures of ships on the St Lawrence or tending to my diecast hobby. 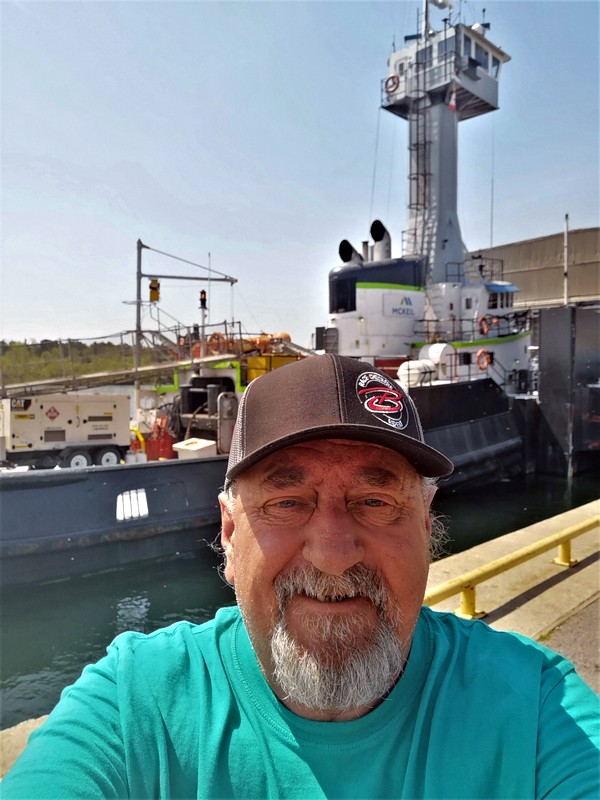 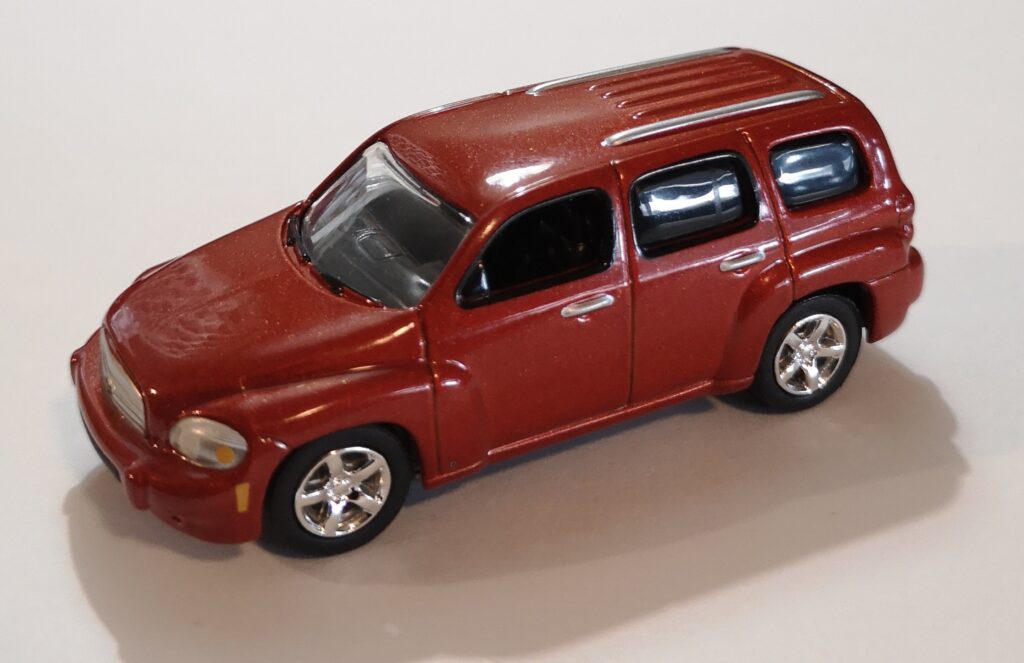 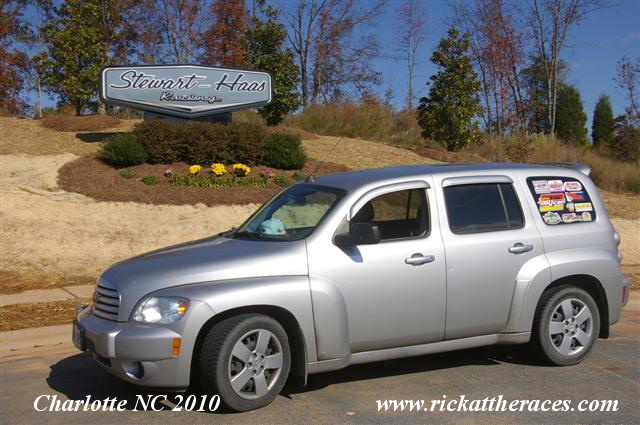 One new arrival in the last week was a Chevy HHR, just like the one I used to own, and travelled  miles to the races .

Hoping by the end of June I have some races to attend.