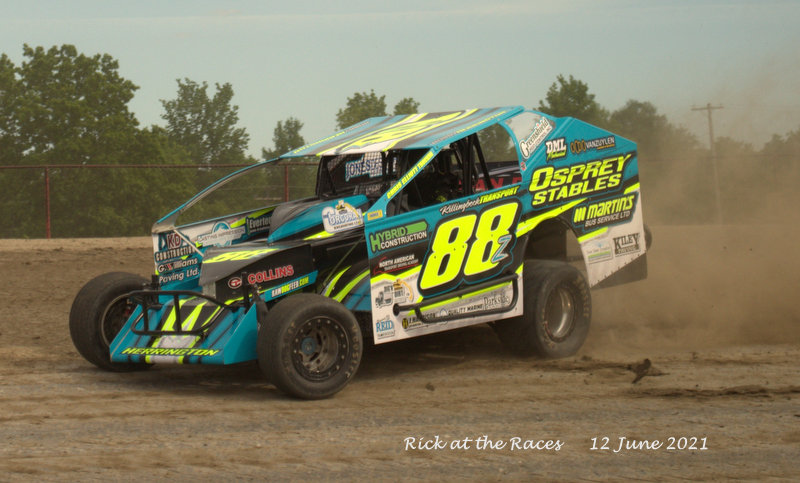 Another Day of Practice.

On Saturday the 12th of June there were two private practice sessions taking place.

At 1-00 pm there was one arranged for  MiniStocks at the Cornwall Motor Speedway, and at 4-00 pm  there was another taking place at the Brockville Ontario Speedway .

One of the teams at Brockville was the Jessica Power Sportsman team and they had invited Don Simpson and myself to go along. 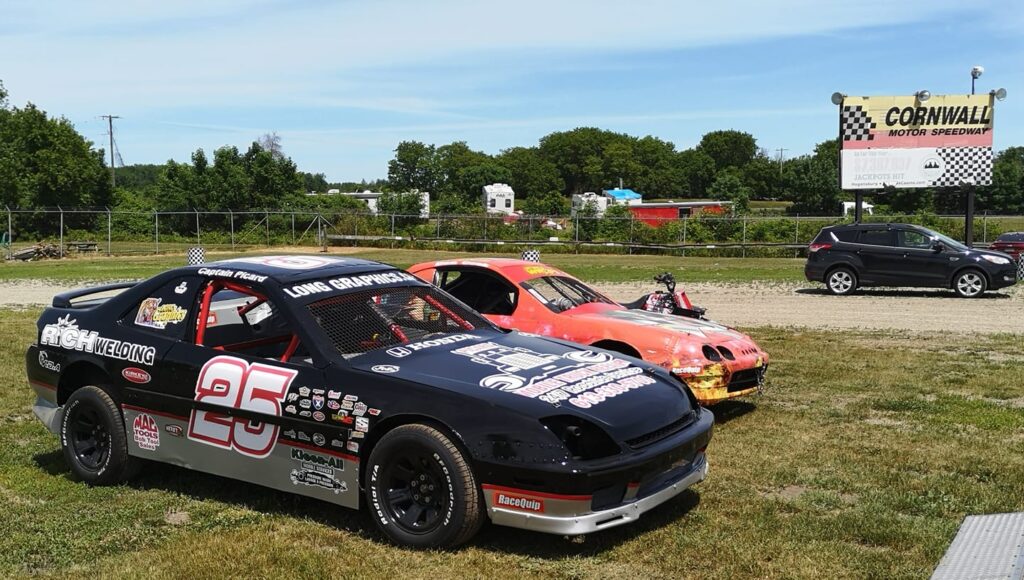 We both intended to be at both events so had arranged to meet at Cornwall.

While waiting for things to get underway we met up with a  few friends,  Sportsman driver Thomas Cook and his girlfriend Elizabeth 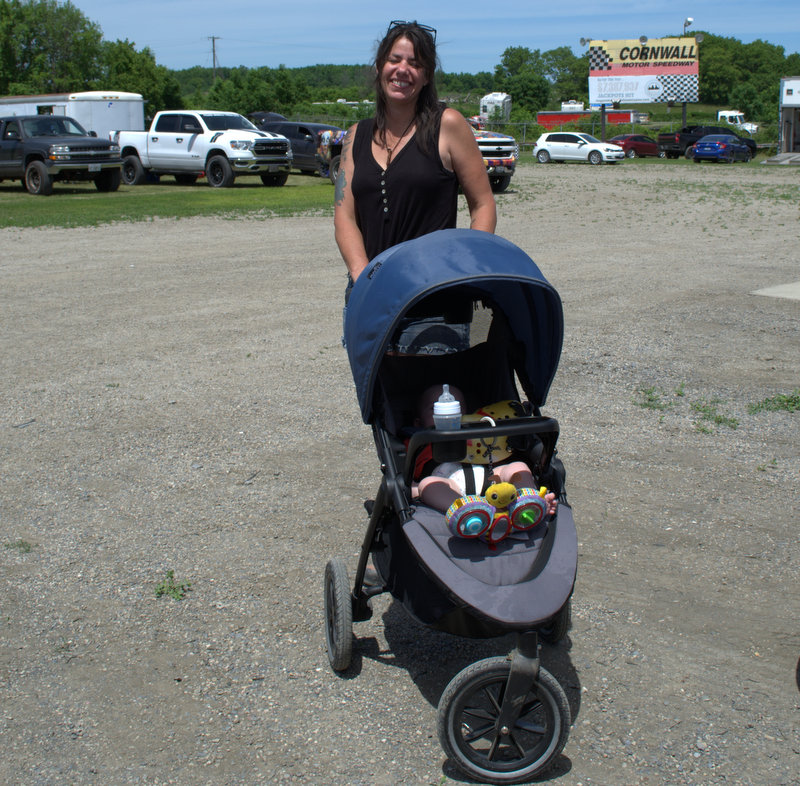 The Gage Morin Modified Team who are based at the track , were busy in one corner of the pits getting the car ready for the next days Open Practice. 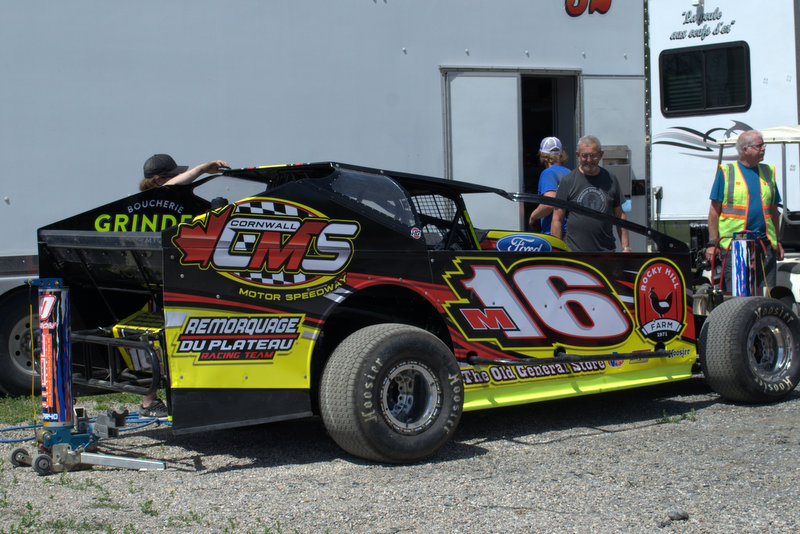 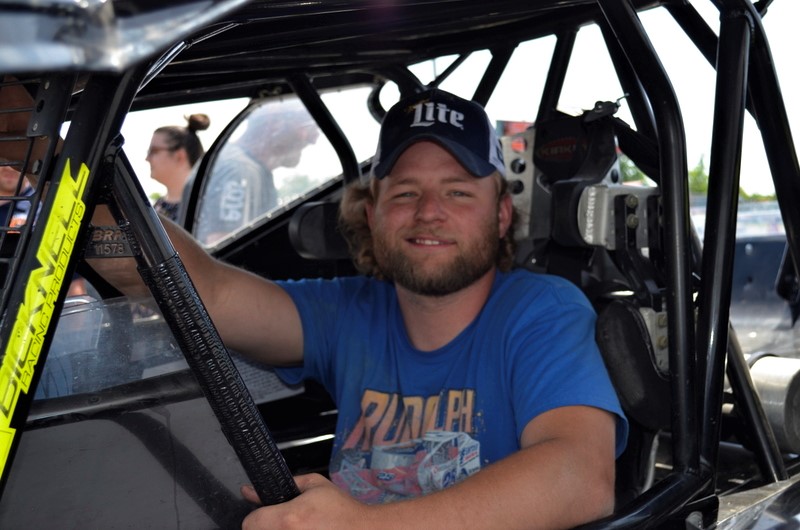 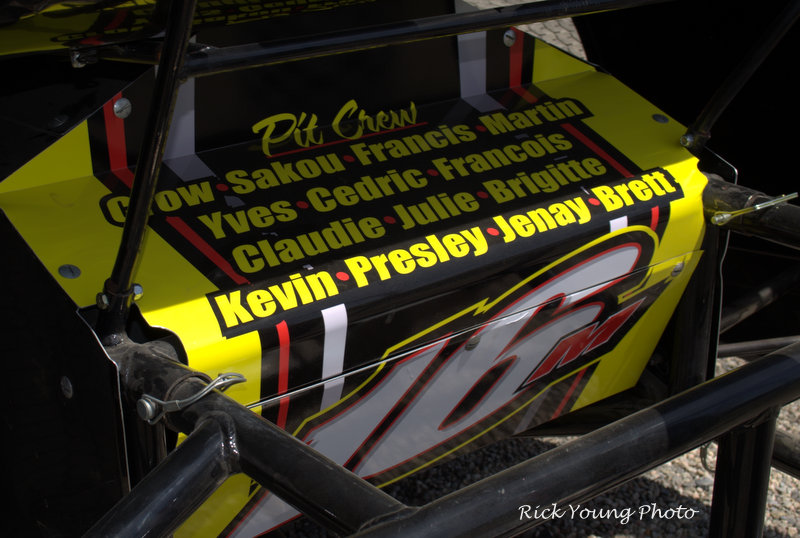 Jim Clarke one of last years regular winners in the Mini Stocks, had a nice new car. 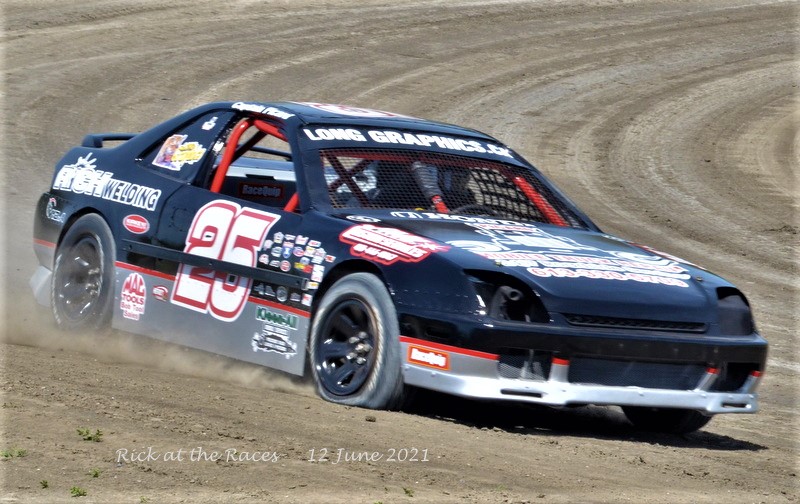 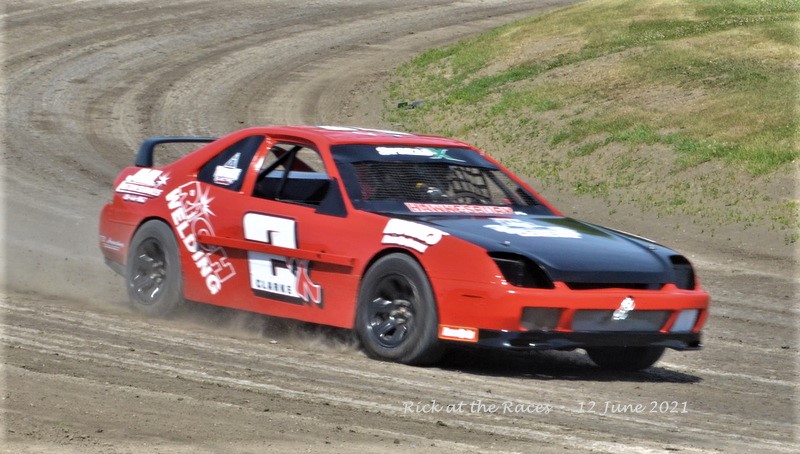 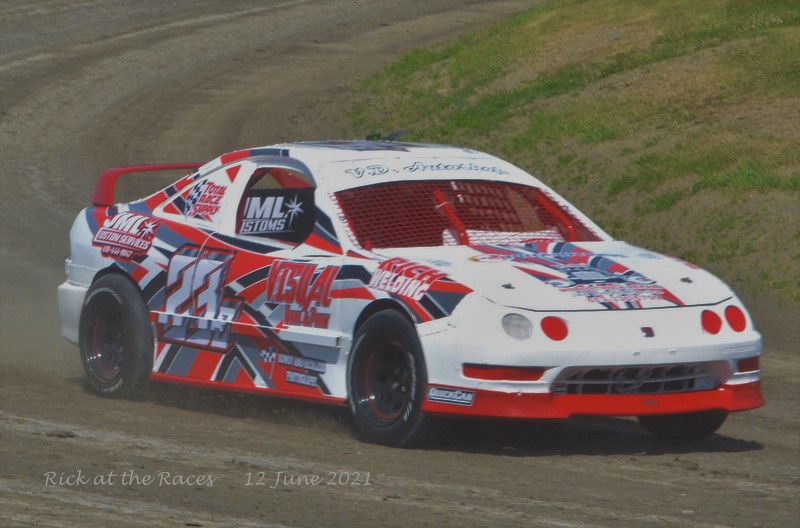 Unfortunately , there was a delay in getting the cars on to the track so, as soon as we’d got a few pictures we had to take off ,

Don followed me down the 401 , to Angelo’s Truck Stop, where he parked his car and jumped into mine.

We arrived at the Brockville Ontario Speedway about 15 minutes after practice had started , so we didn’t miss much. 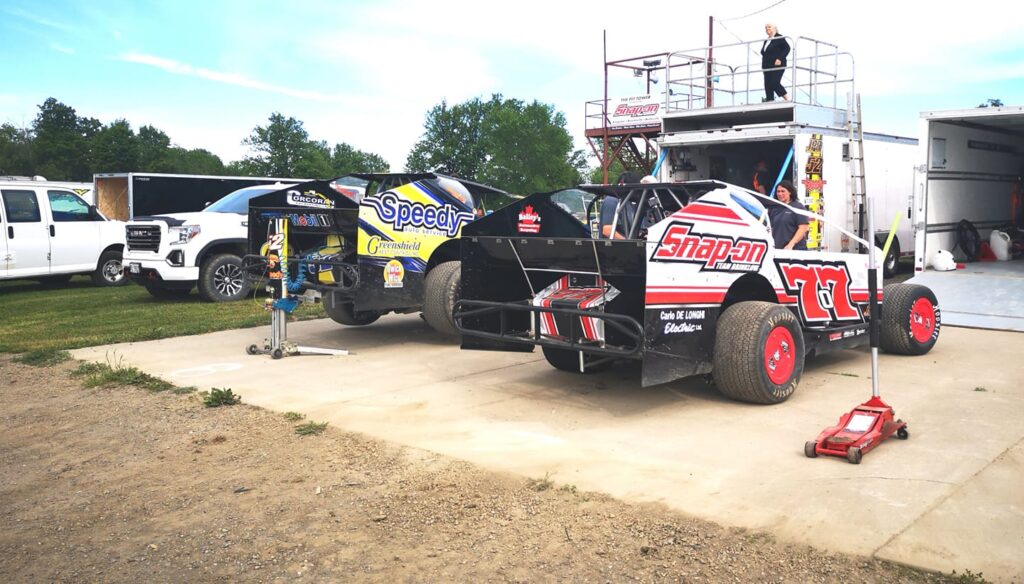 There were five Sportsman cars in attendance and one limited Sprint Car.

Travelling with the Jessica Power team was newcomer Greg Brinklow, who will be joining the Rookie Sportsman ranks. 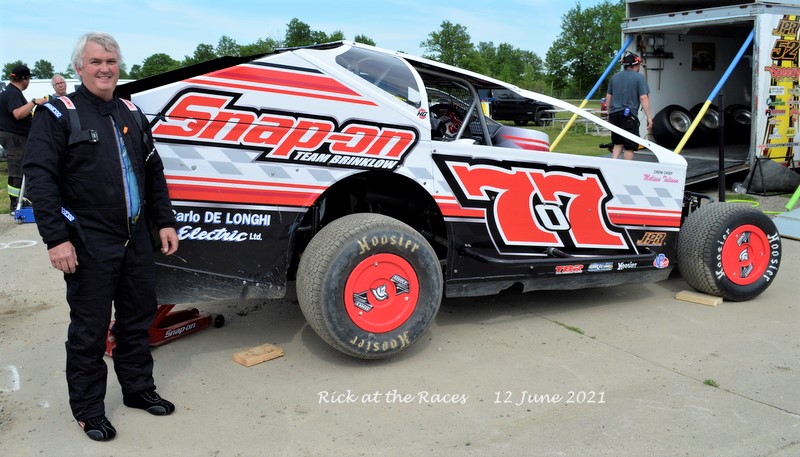 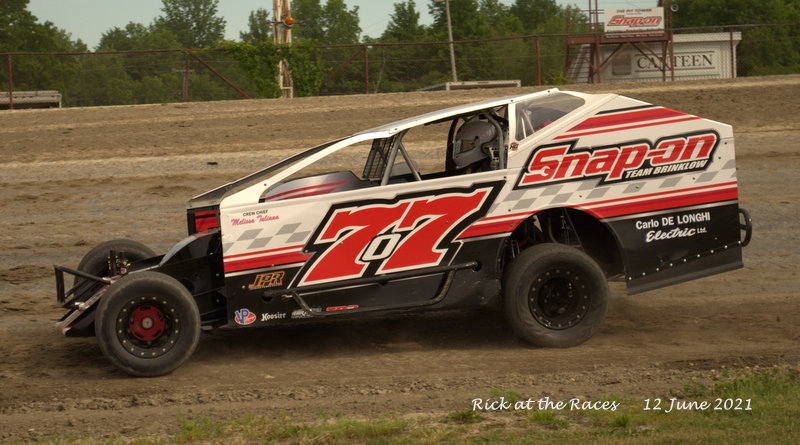 The driver and car have been sitting idle, so  Kim and Dan Dawdy offered the use of their Sportsman,

The Sprint Car in the pits belonged to former Sportsman and Modified driver Ryan Poole # 00. He will be making the switch this year. 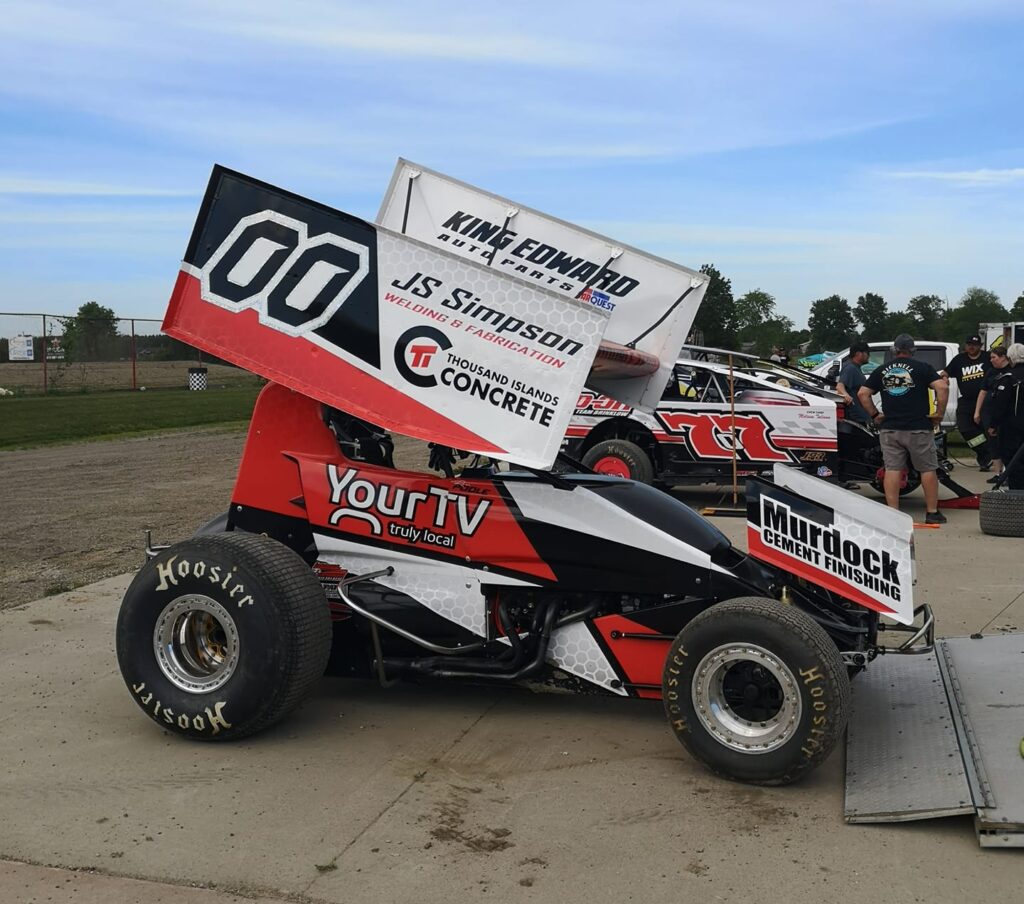 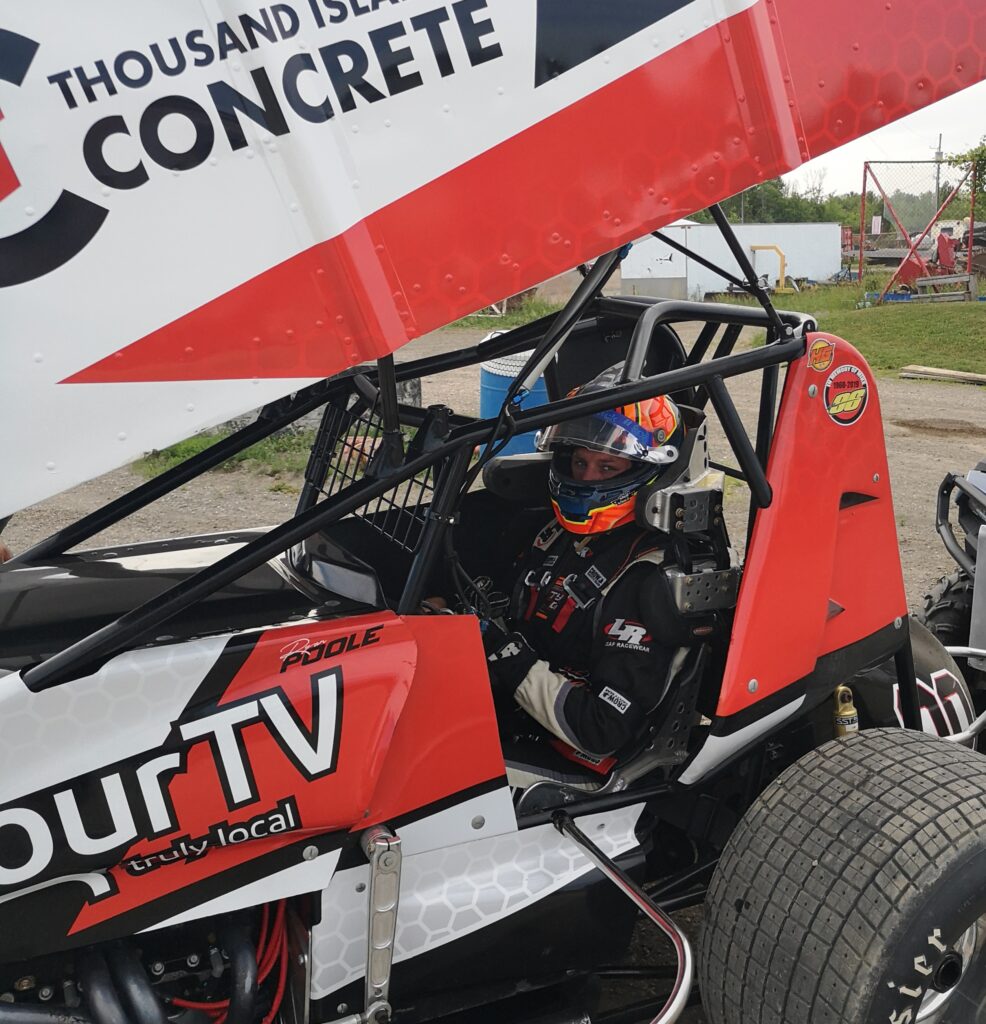 I’m not a big fan of the budget Sprints so I’m never happy when we lose a Modified driver this way. 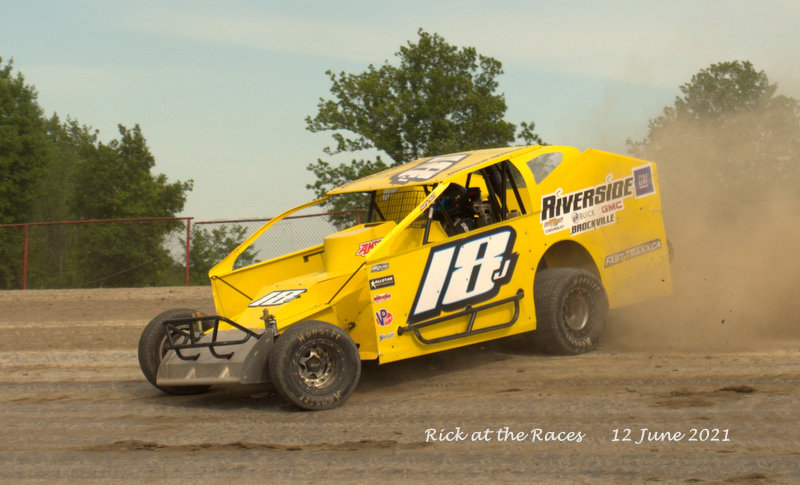 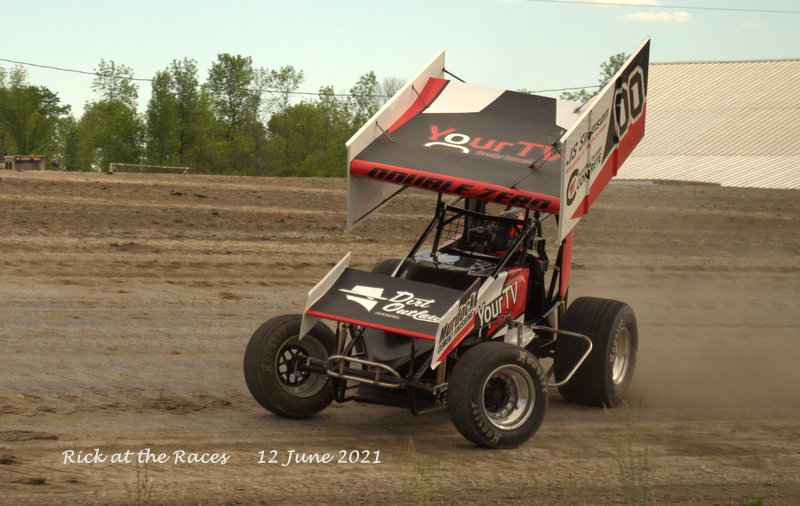 Don and I hung around for about an hour before heading off to eat.

Another relaxation of  Covid rules,  from our Ontario Jail , came on Friday, when restaurants were allowed to have patio dining.

For the past month or so , on our picture taking agendas, Don and I  have had to make do, with  take out food and eating in the car.

At last we could eat in a civilized manner , so supper was had at The Barley Mow in Brockville, Oh Boy it was good