On Wednesday  the 9th June ,  I had another race shop visit scheduled with Don Simpson. This was a local one,  and it was two long time friends we were going to see.

Both Corey Wheeler and Gilles Godard have been regular weekly racers at my local Cornwall Motor Speedway for many years, and I’ve been  there photographing their exploits as they moved up through the divisions.

Corey has worked his way up from Mini Stocks, Pro Stocks, and Sportsman to the 358 Modifieds that he races today. 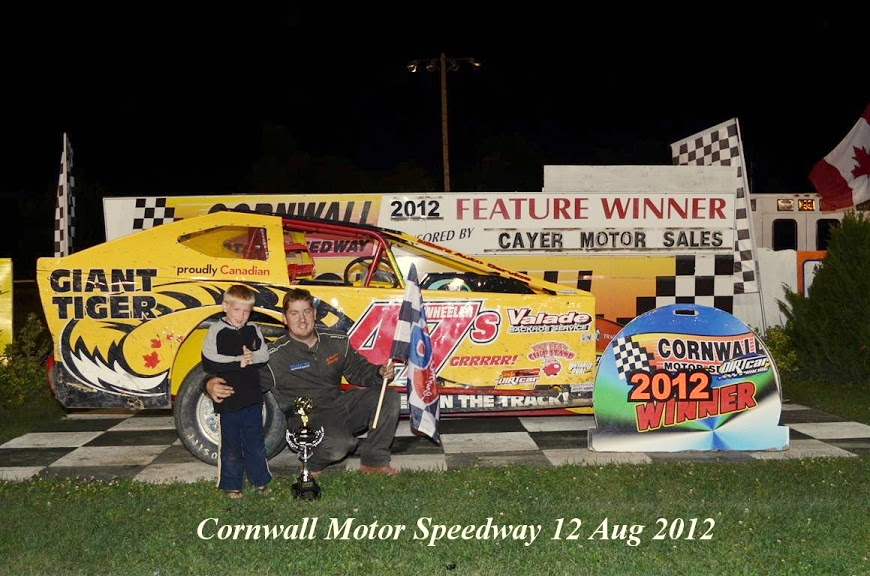 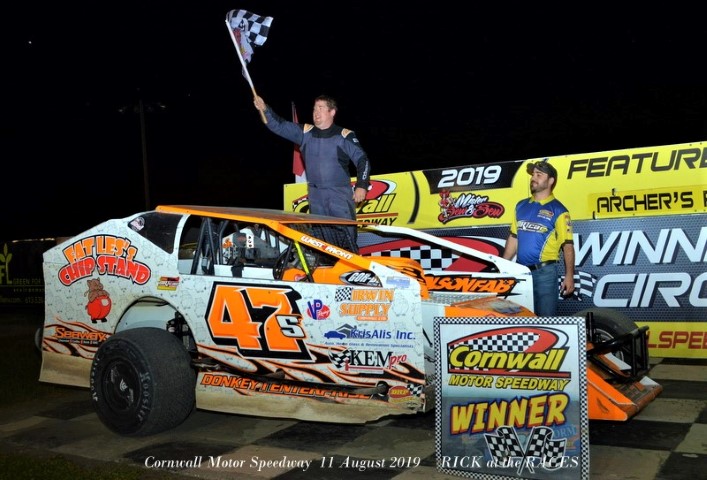 Meanwhile Gilles , who works along side Corey  at Seaway GM in the city, has been a predominantly  Pro Stock and Sportsman driver (apart from one year in Modifieds). 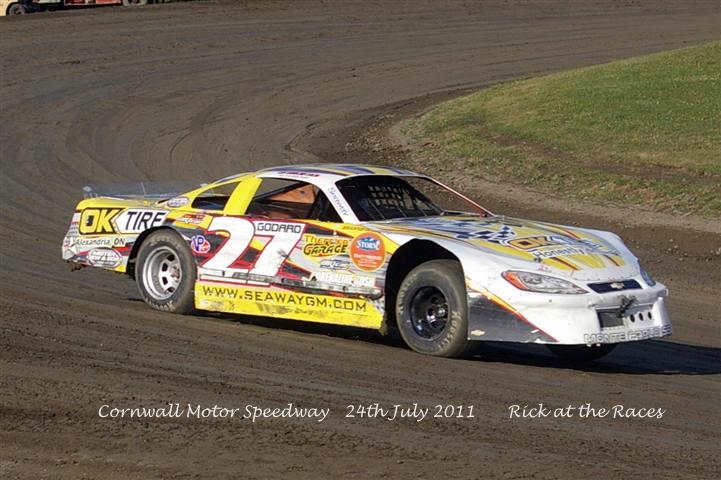 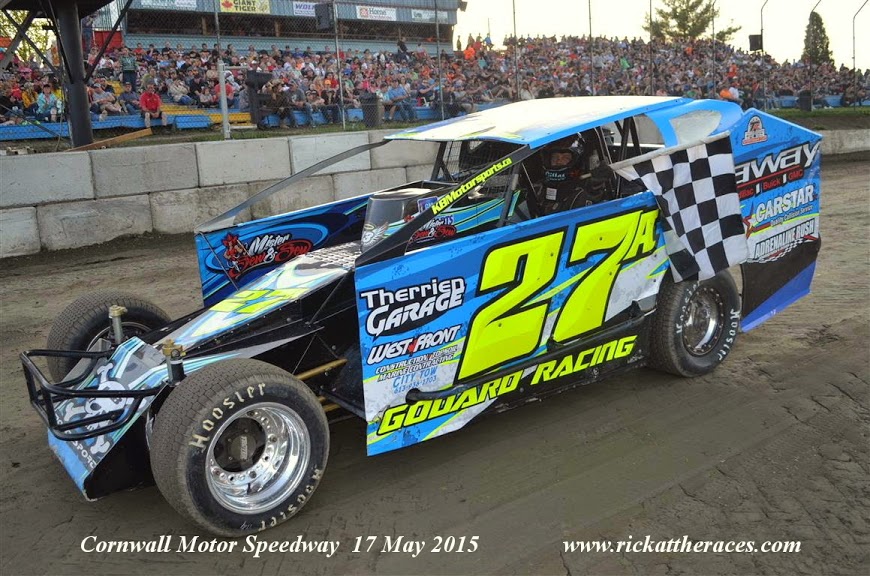 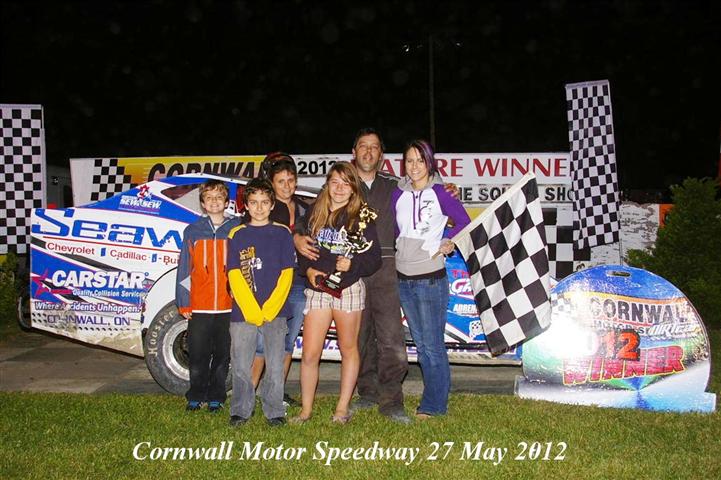 It was Corey’s race shop , located on the outskirts of Cornwall that we visited, on a night  when both drivers cars happened to be there.

Gilles and his Sportsman car owner ,  Brent Lozo were there to have Cory’s magic touch of ‘setting up’.

The car is a bit different from the usual run of the mill , Bicknells, Troyer  or TEO’s you see out on the track. 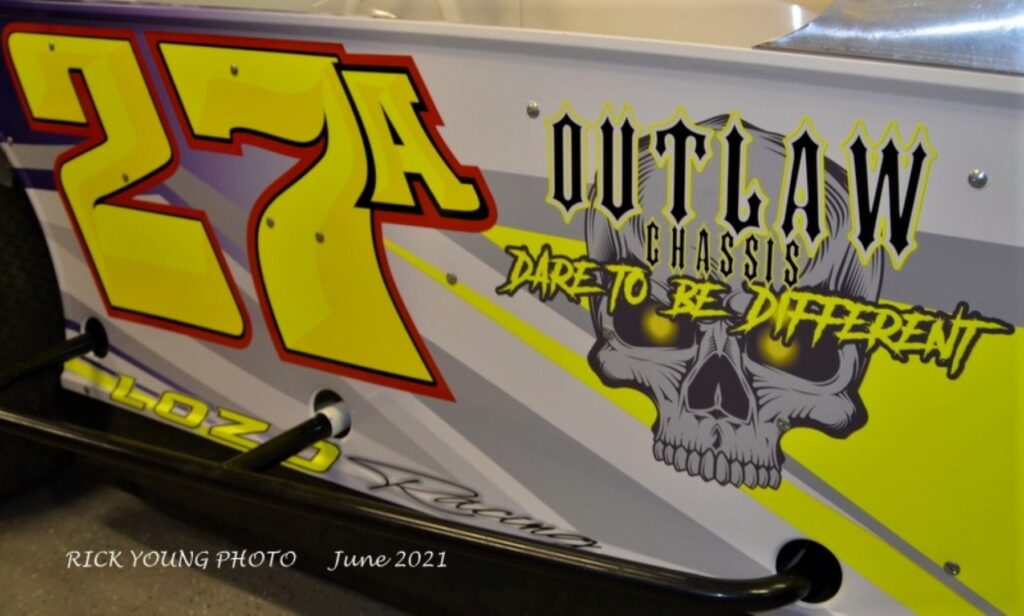 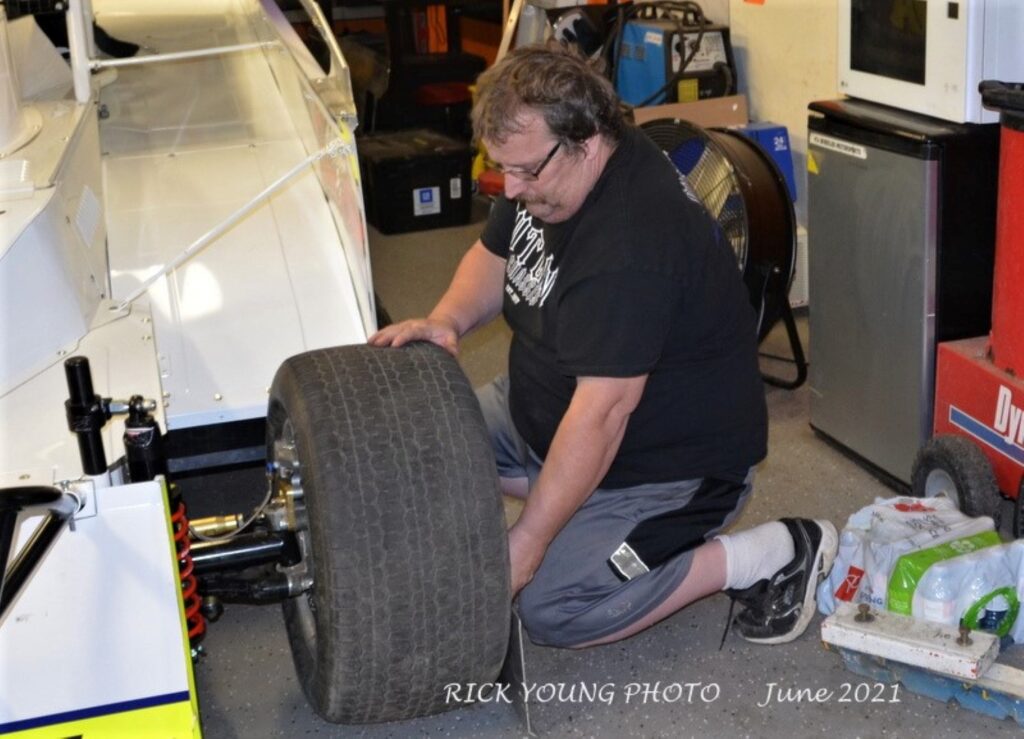 Brent has also raced a few times in the past , but this year , he’s decided to put Gilles behind the wheel. 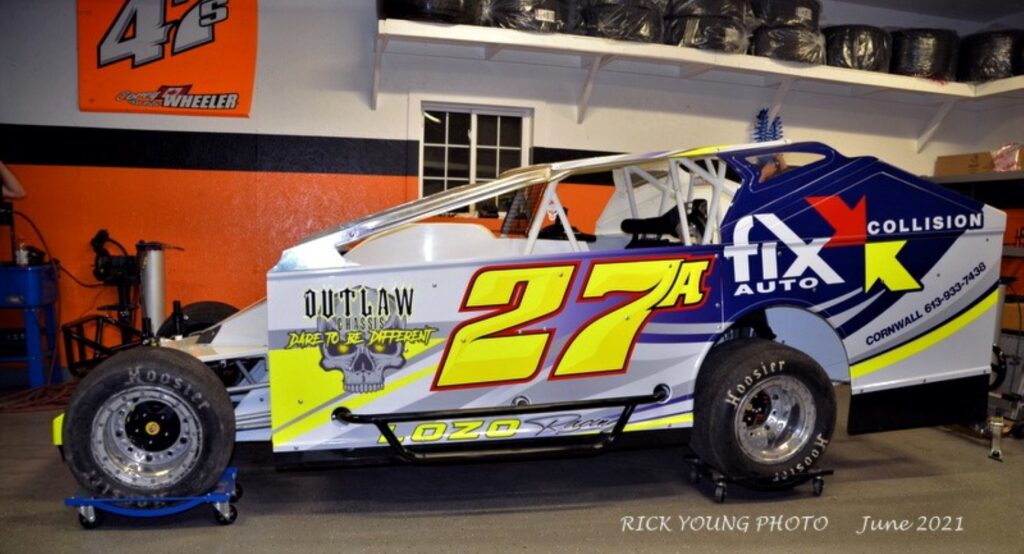 Corey had his pit crew in attendance, working on his car . 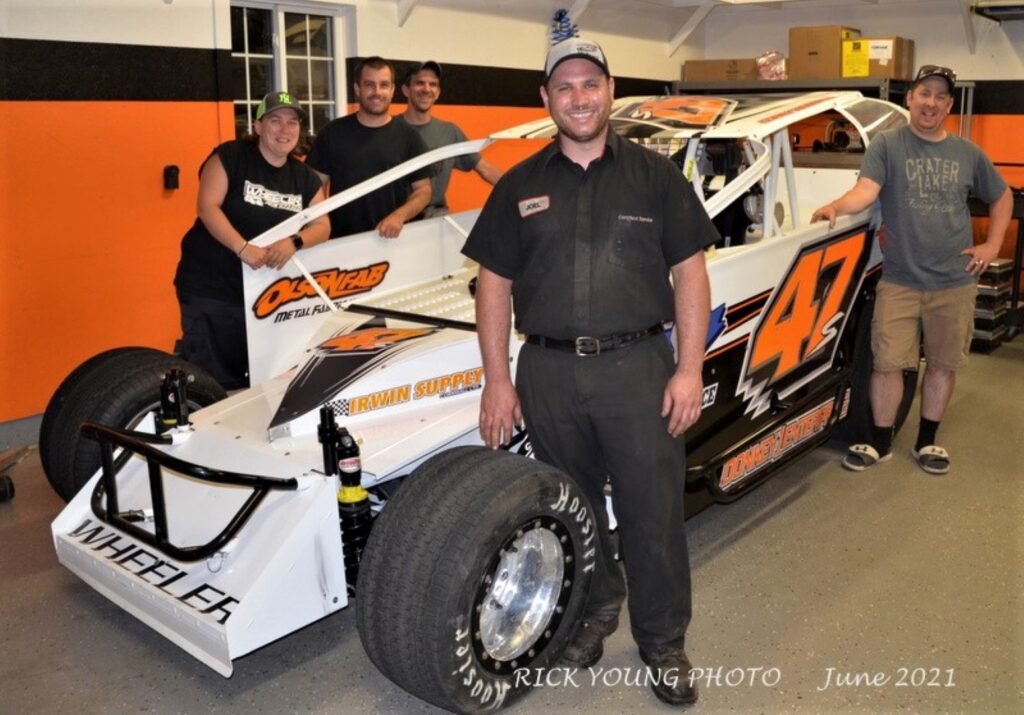 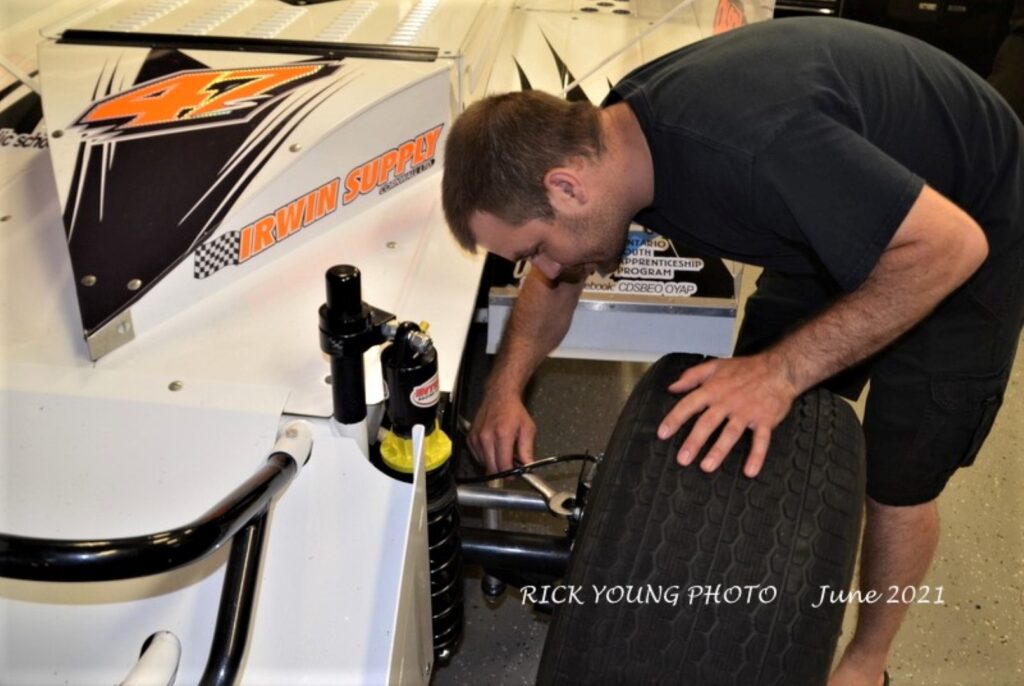 As in recent years , his principal sponsor is Fat Les’s Chip Stand, but many other local names adorn the car.

Once a few adjustments  were made, the car was loaded on to the trailer in readiness for the weekends practice session at the Cornwall Motor Speedway. 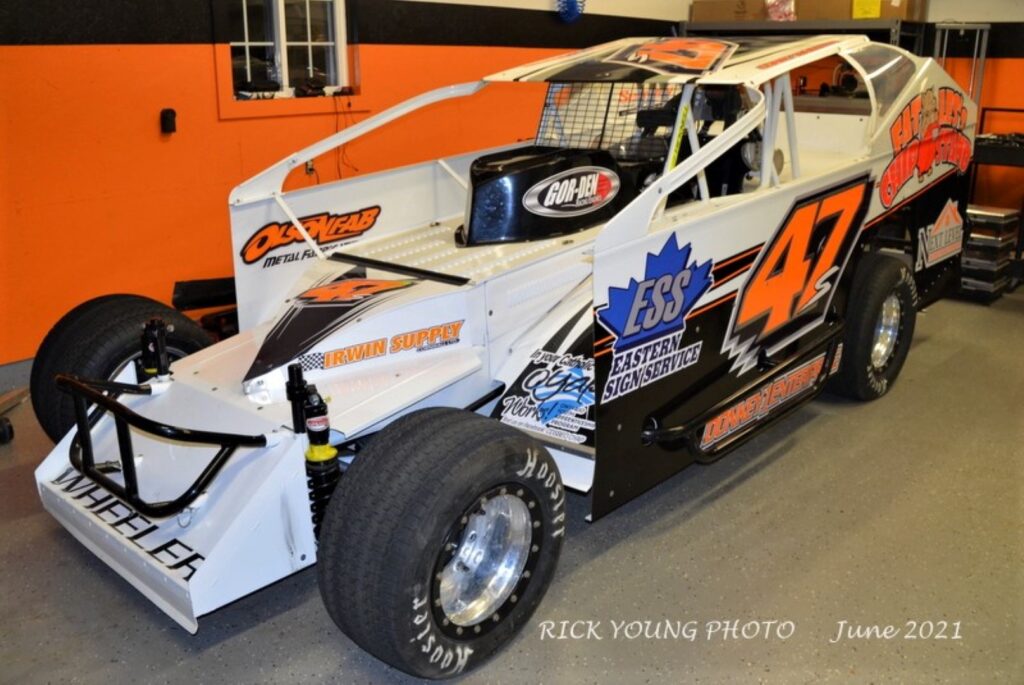 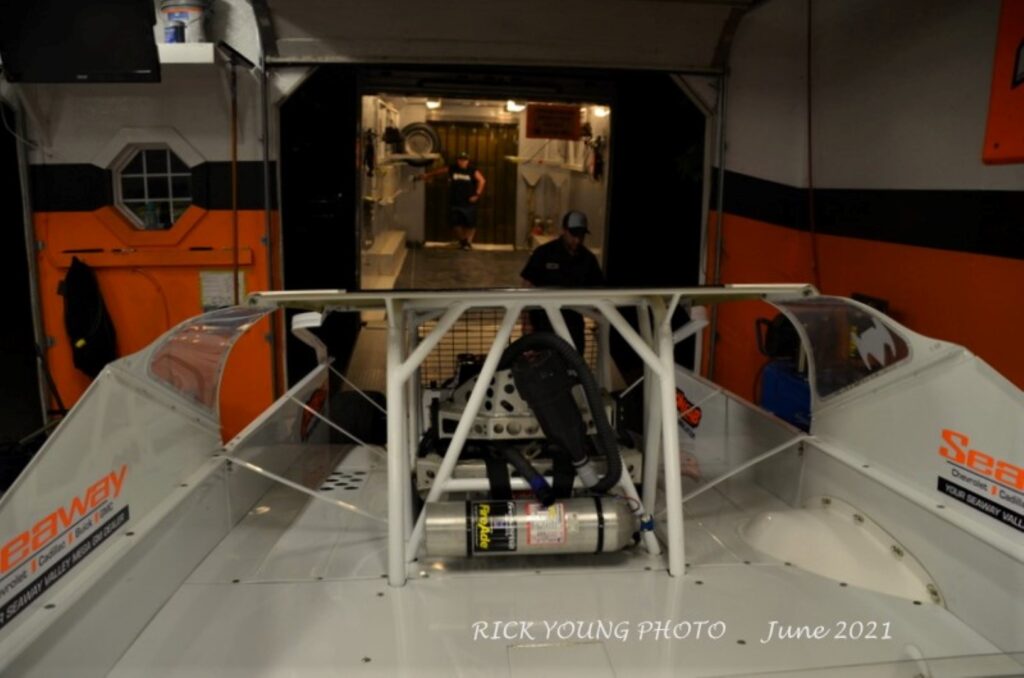 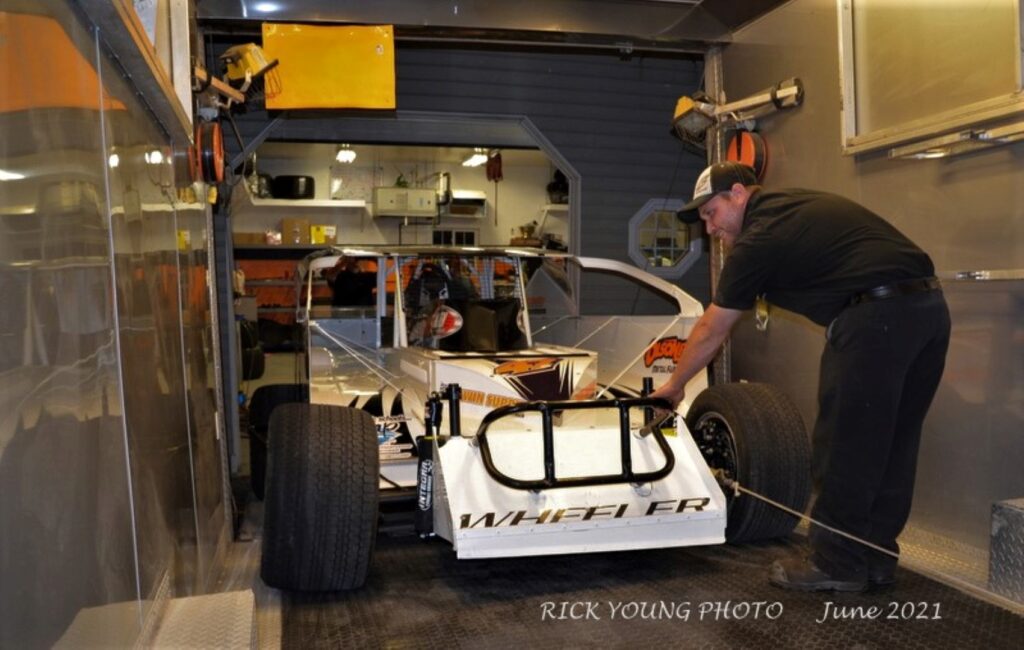 Since  the recent relaxation of  the COVID restrictions were announced mid week, the racing fraternity have been rushing around to get things started, 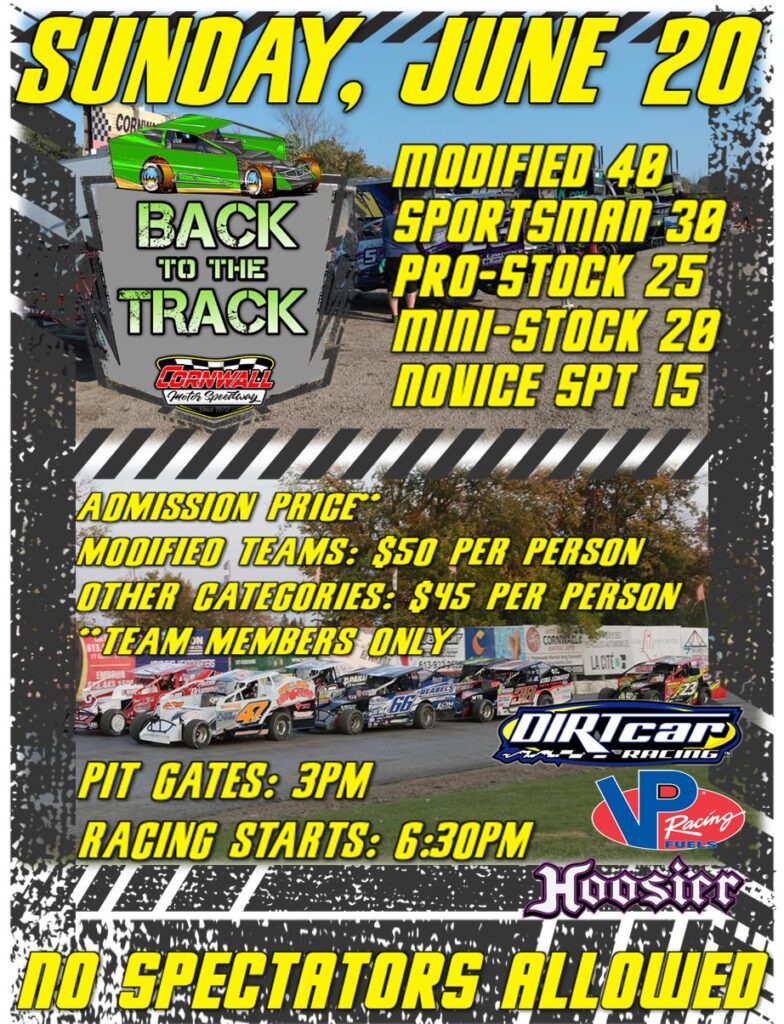 The local race season is all set to get under way on Sunday the 20th of June at Cornwall.