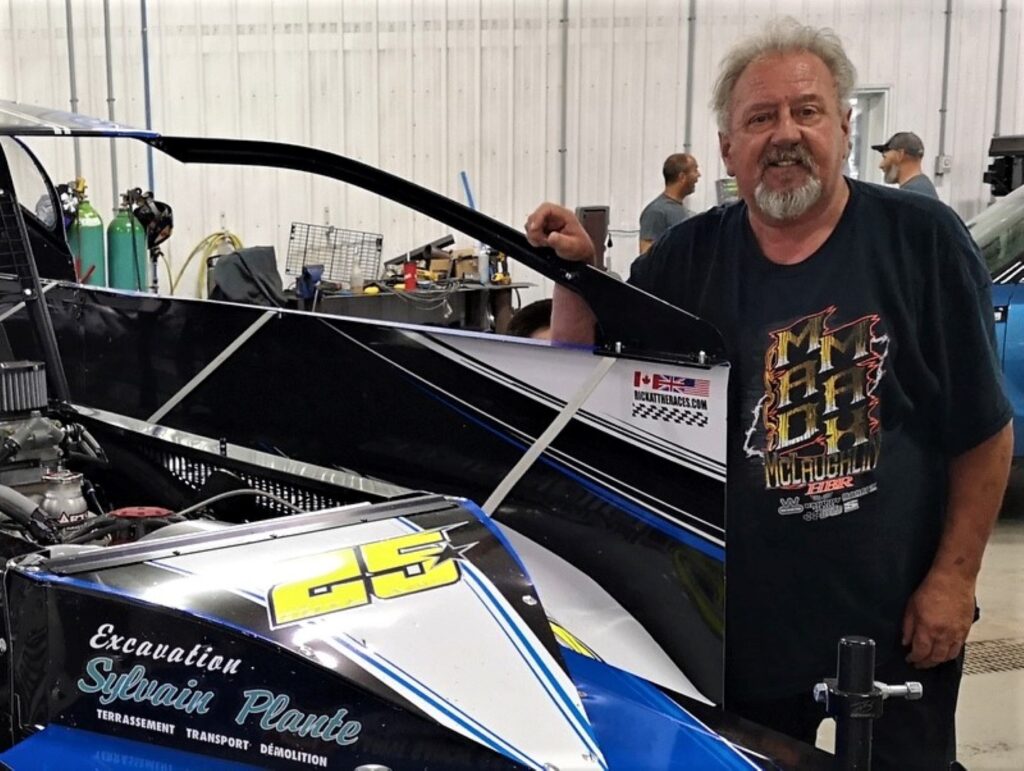 Quebec Border opens up for me and fellow Ontarians

After being imprisoned in our own province for nearly two months, the people of Ontario were finally allowed to visit Quebec again on Wednesday the 16th of June.

I celebrated my freedom by taking a road trip to Beauharnois to take some pictures of ships .

For many years during my trucking career, and prior to Autoroute 30 being built, I traveled that way on a ‘rat run’ to avoid central Montreal. The drive would take me through the Meloche  Tunnel where the ships passed over head. If I had hazardous goods,

I would have to wait a few minutes at the lights, and go under with no other traffic. 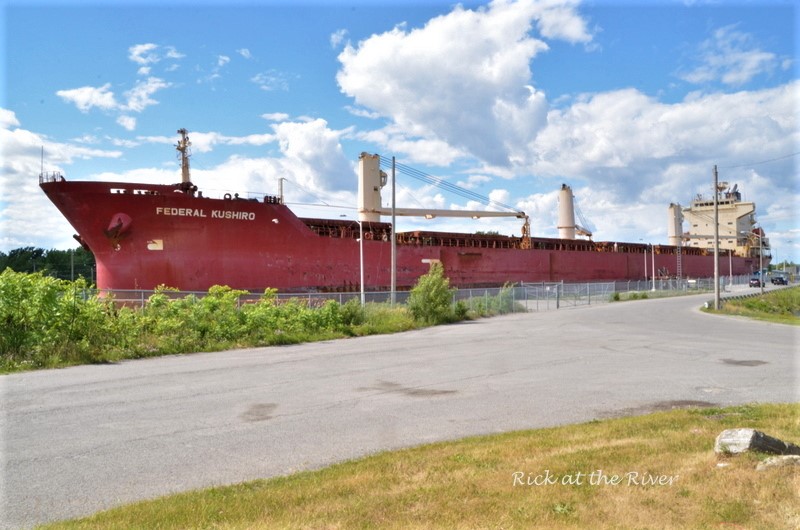 There is also a large park next to the tunnel where you can watch the ships go through the lock above.

With travel restrictions lifted, and racing taking place on Friday, Don Simpson and myself took off early for Autodrome Granby,

Well, it’s happened many times before , and I’m sure it will happen again . You set off to the races and when you get almost there,  you find out they have been canceled. We were just 15 minutes from  the track when my friend Chanty Lesage sent me message. “hope you guys aren’t going to Granby, It’s been rained out”  .

We were two hours from Corwall and the night was still young, so alternative plans were made. 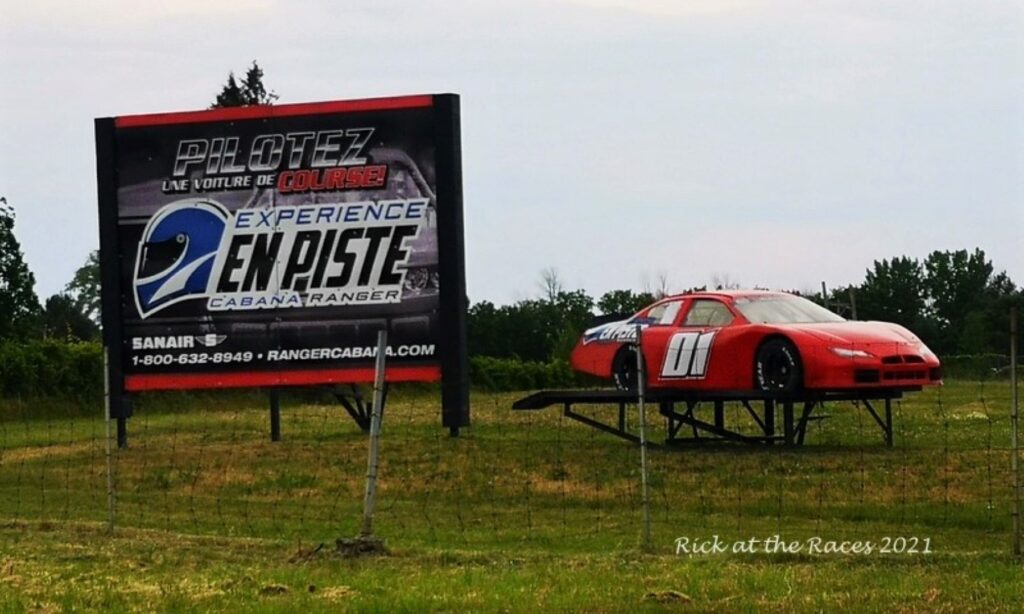 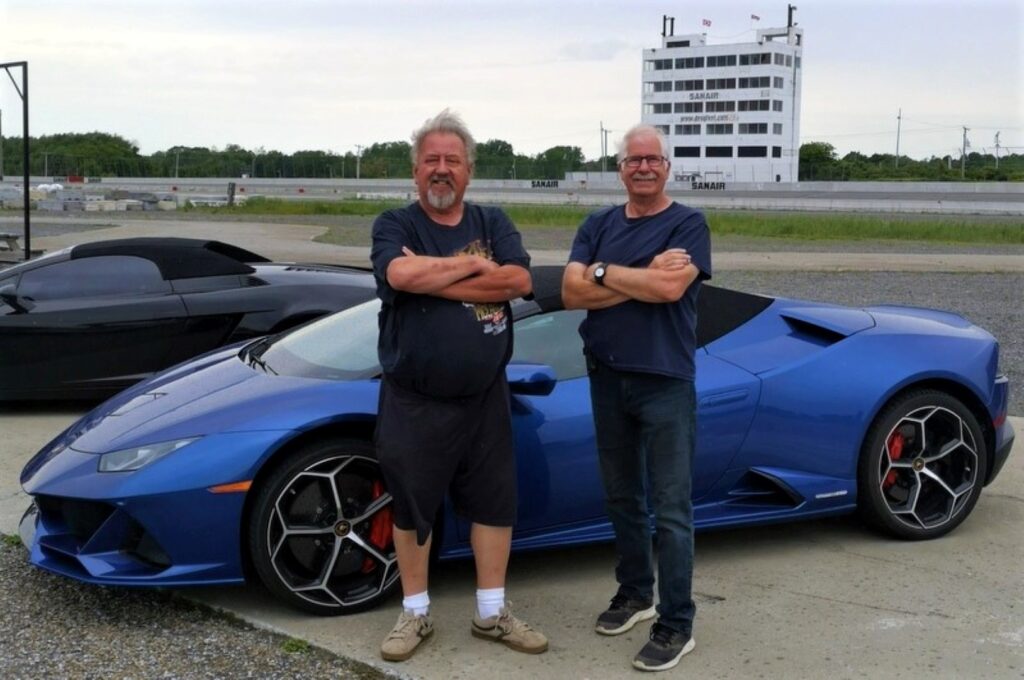 First stop was the San Air Racing Complex at St Pie. Quebec racing legend Jean Paul Cabana runs a race driving school there with Andrew Ranger. so we dropped in to take a look. 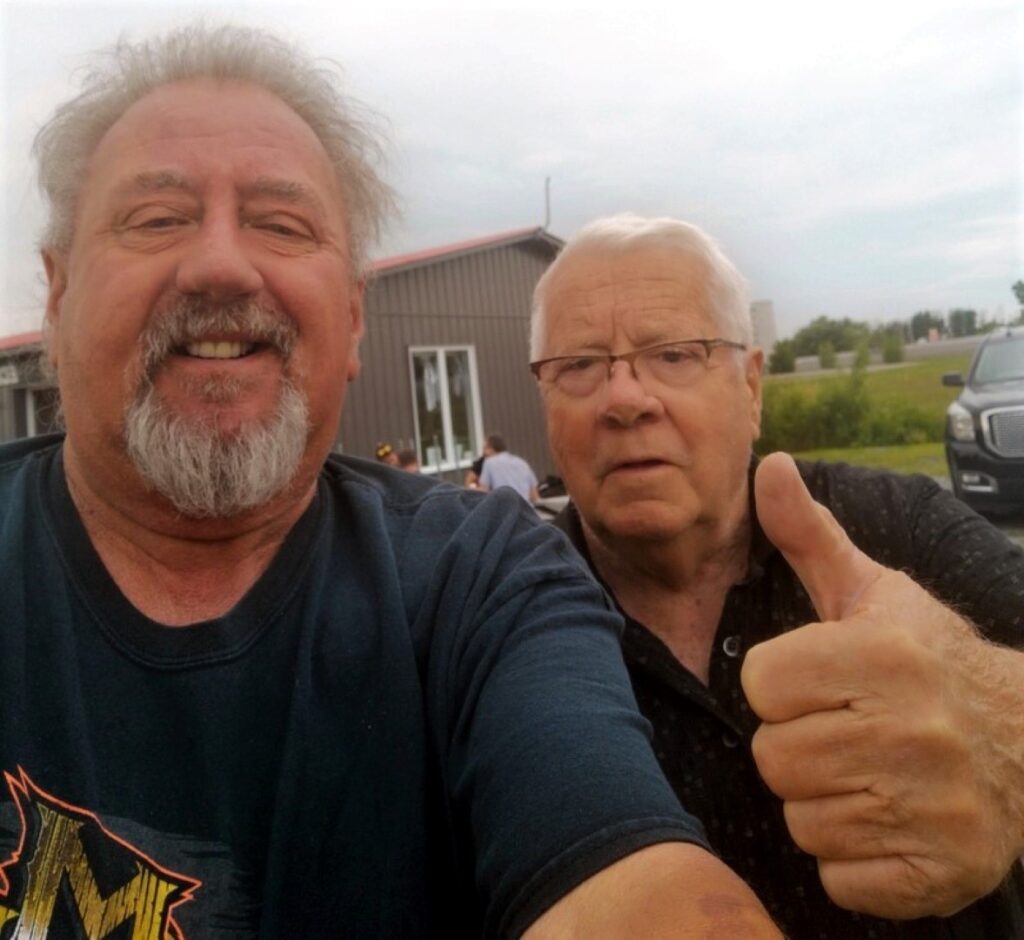 As well as meeting Jean Paul , (Pictured)  I met up with another old friend. Jacques Hebert. He was a former Pro Stock racer at the Cornwall Motor Speedway.

From San Air we moved on to St Hyacinthe, where we were welcomed once again by Francois and Steve Bernier at their race shop. The team were busy fitting a brand  a new  motor into Steve’s car ready for the weekends races at Cornwall. 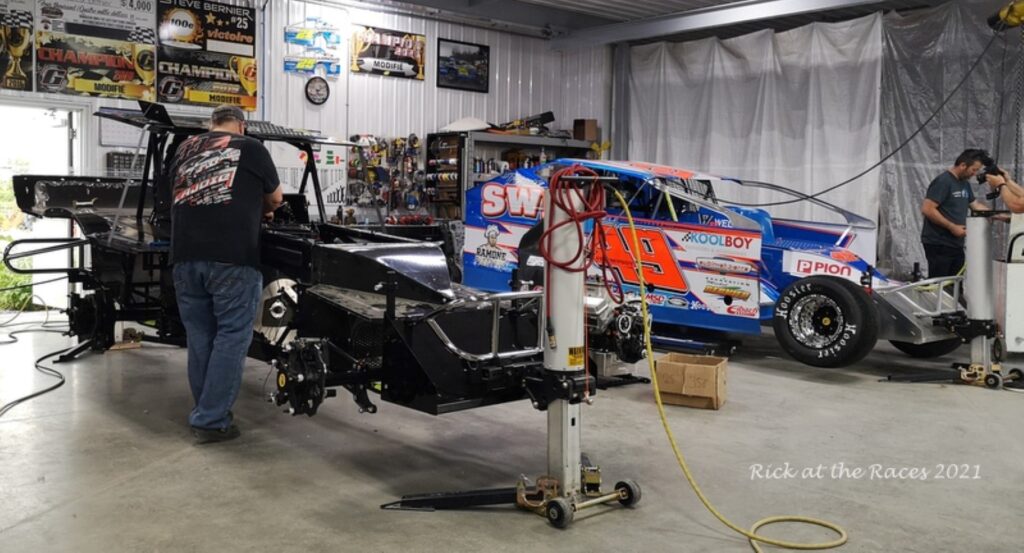 Also on their ‘to do’ list , was preparing a car for NASCAR driver Raphael Lessard, who will be guest driving , one of their cars at Granby on the 25th of June. 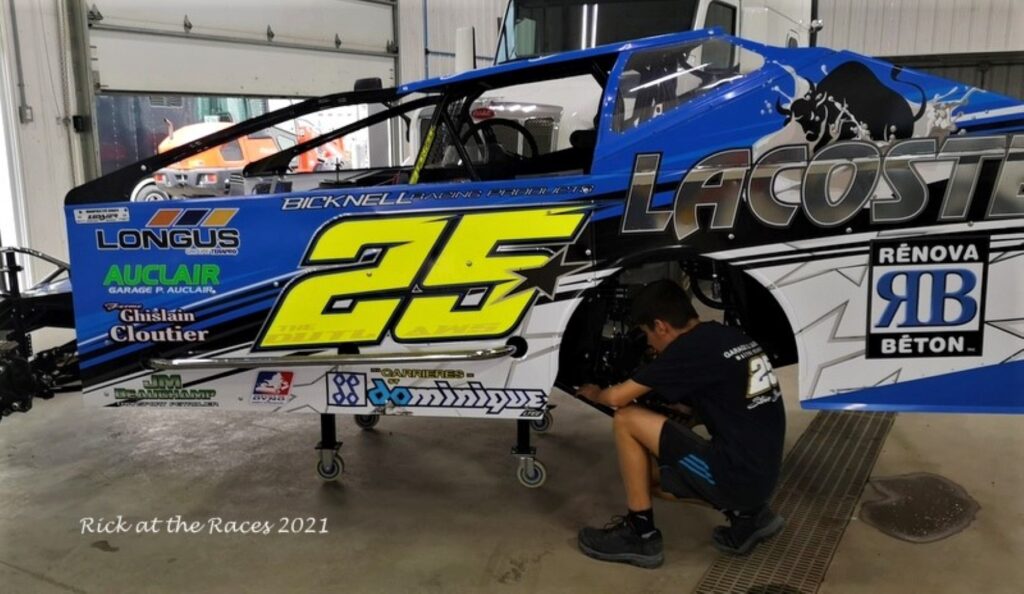 Thanks Francois and Steve for your hospitality and supper,

It was a great evening.

Oh yes, I must mention, It was a good decision for them to cancel the race at Granby , because  it rained all the way back to Ontario.