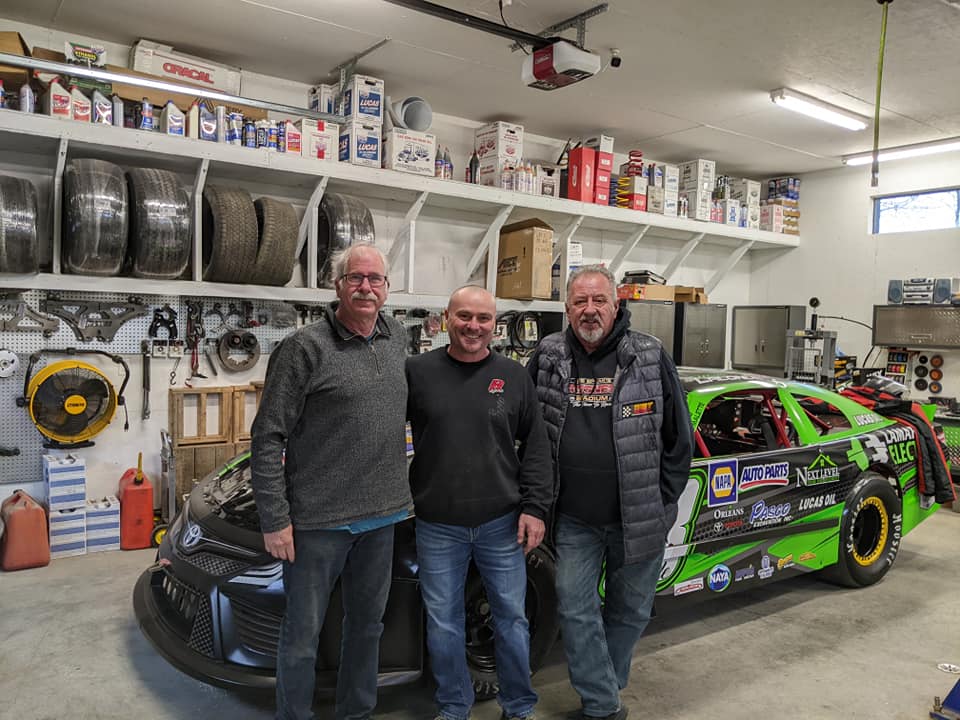 Wednesday , the 20th of April,

I took a short drive to Champion Race Supply and Auto in the afternoon, which is Cornwall’s latest race shop.

Owner is Sandy Macfarlane, a former Modified driver who recently made a return to the tracks after a long absence. Since his comeback he’s raced a Lightning Sprint and more recently a Sportsman. 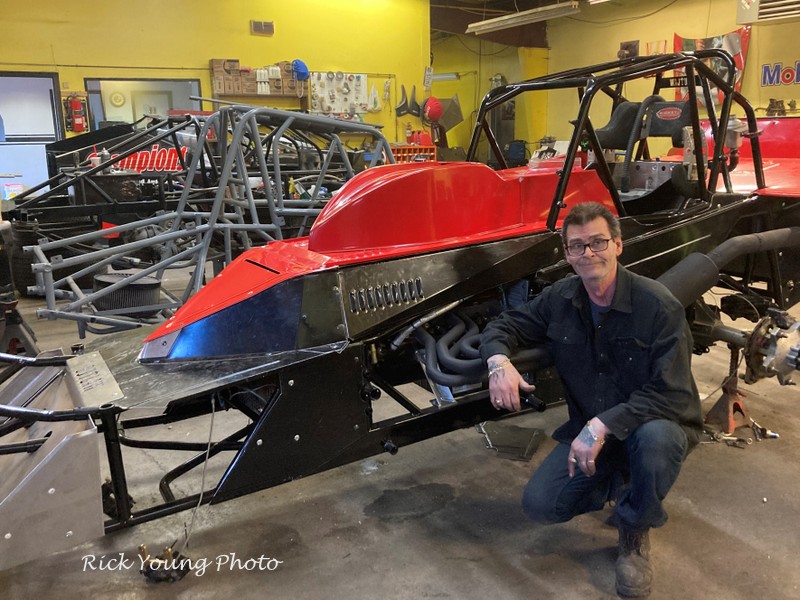 His latest venture is the opening of the race shop, based just a couple of miles from my home.

When I dropped by today there were five race cars sitting in the shop.

One of the latest chassis constructors in the Dirt Modified world , is St Cathrines , Ontario based Outlaw Chassis, and Sandy has become the local dealer.

Also in the shop was his youngest son Gavin , with his 2022 race car. After a couple of years in the Mini Stock division , he’s moving up to the Rookie Sportsman division. 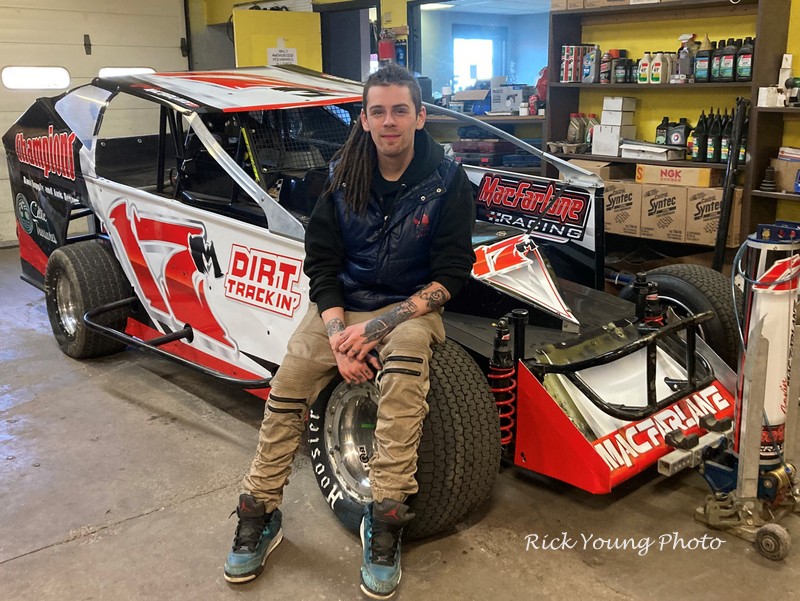 The car looks great and has a good pedigree, being built around the former Brent Kelsey car.

Good Luck Gavin and all at Macfarlane Racing.

On Thursday the 21st of May , I had another race shop visit, but not before making a trip to Montreal to pick up a diecast for my collection.

A seller on F/B Market Place had Corgi  model of an A.E.C truck for sale.

I like to have a models of the trucks I drove during my driving career, so had to have  this one. 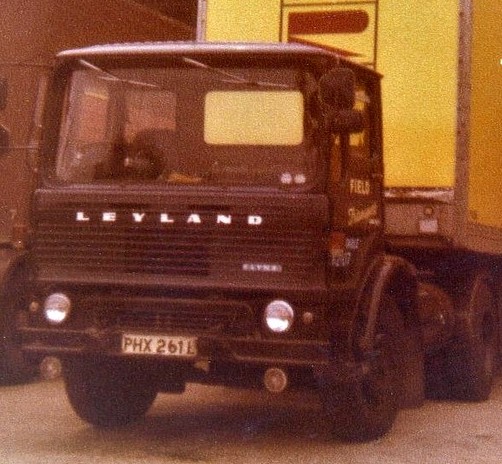 They were both pretty much the same and had that boxy looking cab, which was also fitted to  Albion trucks.

After Montreal, I drove via Hawkesbury to meet up with my buddy Don Simpson for one of our race shop visits.

Our destination was in nearby L’Orignal , the home of Marc Lalonde, a long time local Pro Stock driver.

I’ve known Marc and his wife Josee for many years and they made us very welcome. 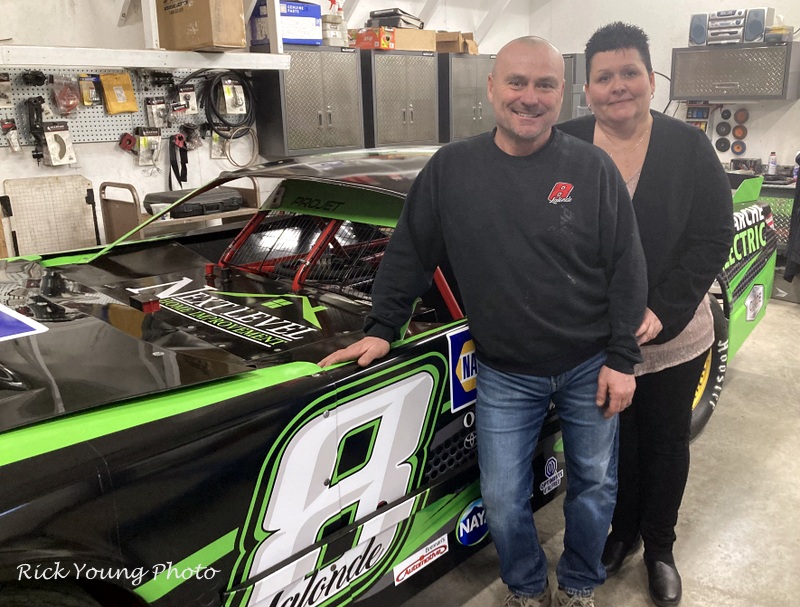 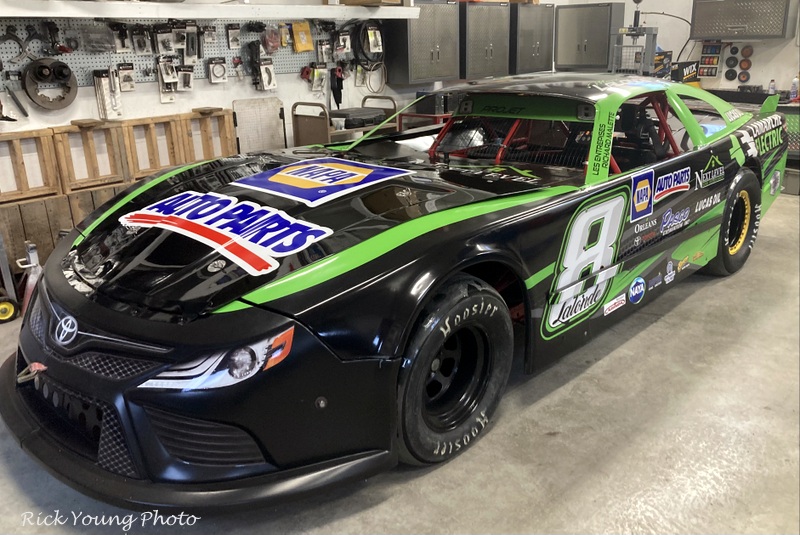 We got to see the new colors for this years car. After driving, predominantly red and black cars throughout his career, he is being different this season, and going green .

A lot of people say green is an unlucky color, but I don’t think that applies, to Pro Stocks . Just ask my buddy Rob Yetman who has won many big races in his green cars, including Super Dirt Week.

(Rob had two big wins this past weekend, Friday 22nd at Albany-Saratoga and Saturday 23rd at Lebanon Valley)

On Saturday 23rd , I had the choice of five destinations, The aforementioned , Lebanon Valley. Fonda, and Airborne in NY State or Merrittville here in Ontario or Drummond , Quebec.

Although the Airborne Speedway had only Inspections and practice on the schedule, I decided on going there, as it’s the nearest to home. After last weeks trip to North Carolina , I thought I’d take things easy this week.

So, I took a leisurely drive over to Plattsburgh , 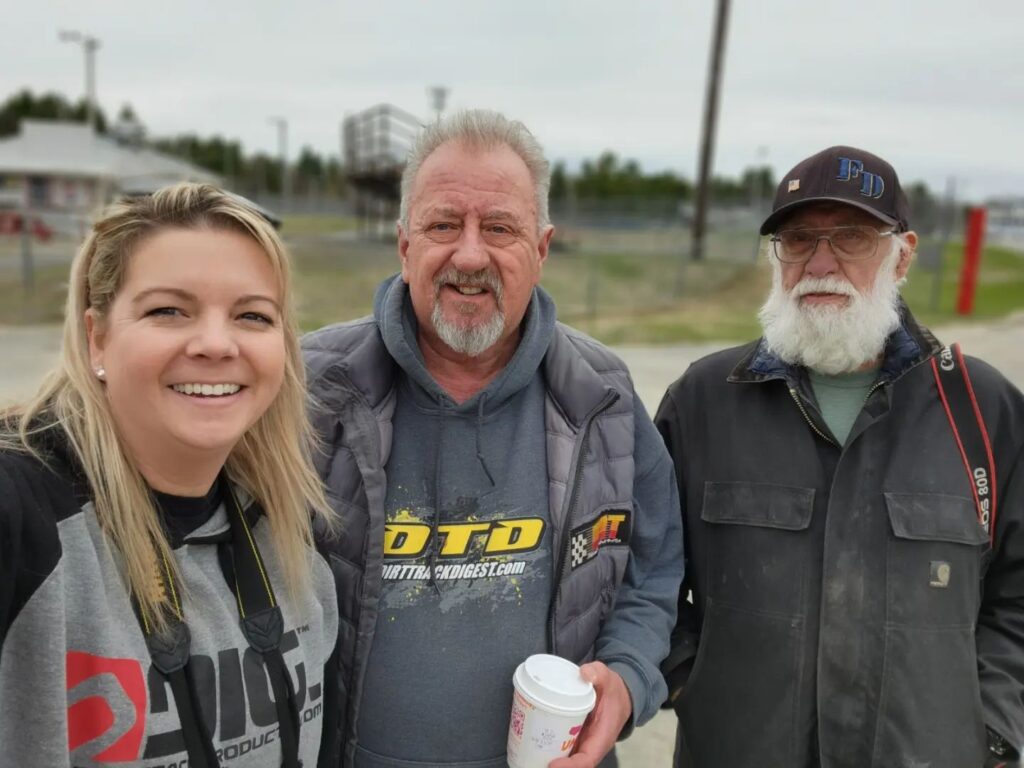 On arrival it was great to meet up again with resident track ‘togs’ Billie Joe Branham and Dave Brown.

I soon found out that track conditions had caused the scheduled practice to be postponed until the following Thursday , so the only thing happening were the car inspections taking place in the tech building. 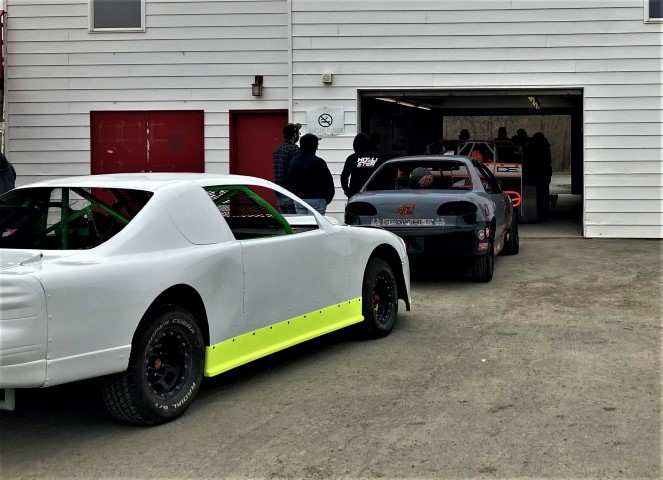 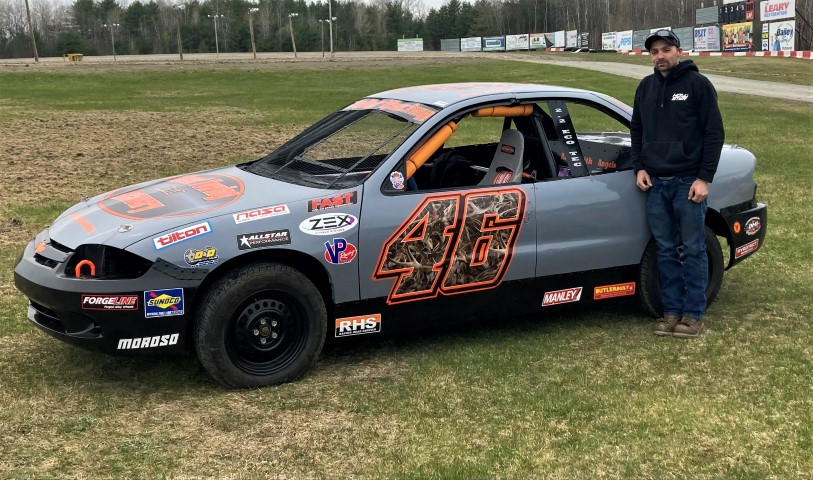 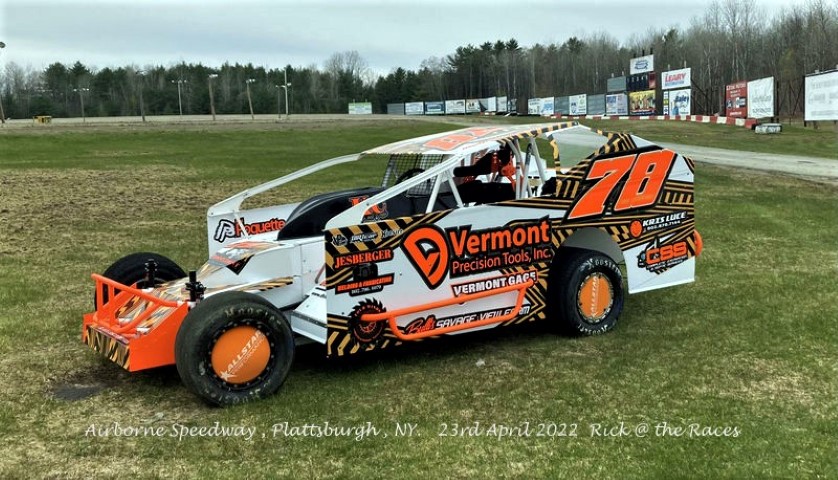 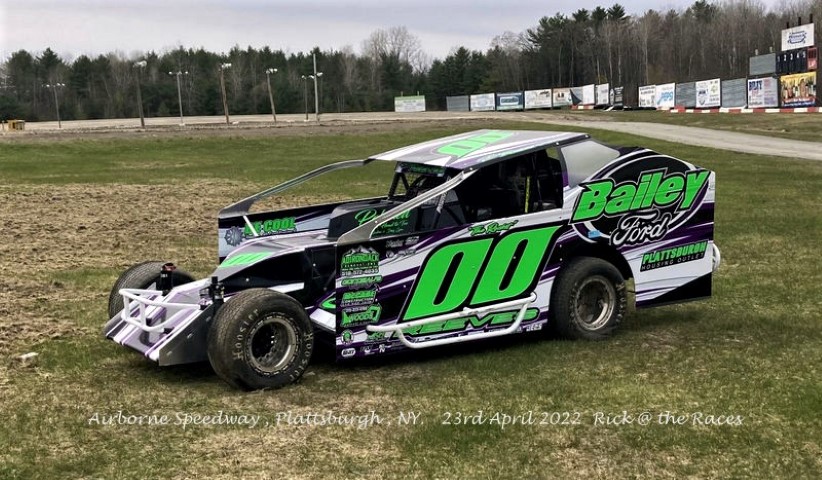 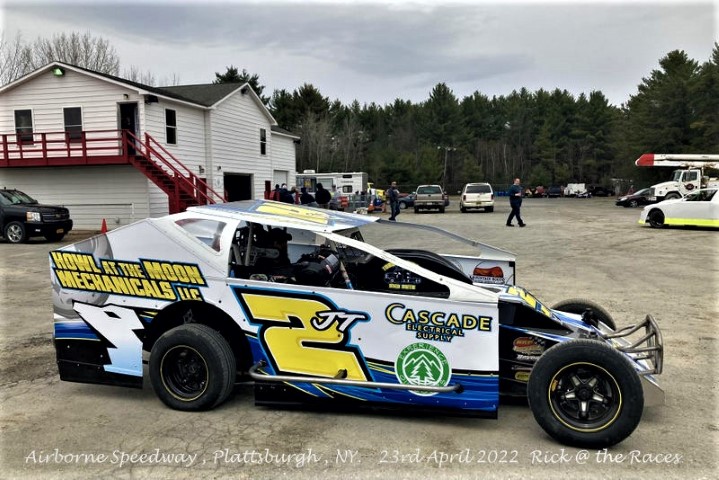 It still made a nice relaxing day out , and gave me the chance to catch up with some old friends. 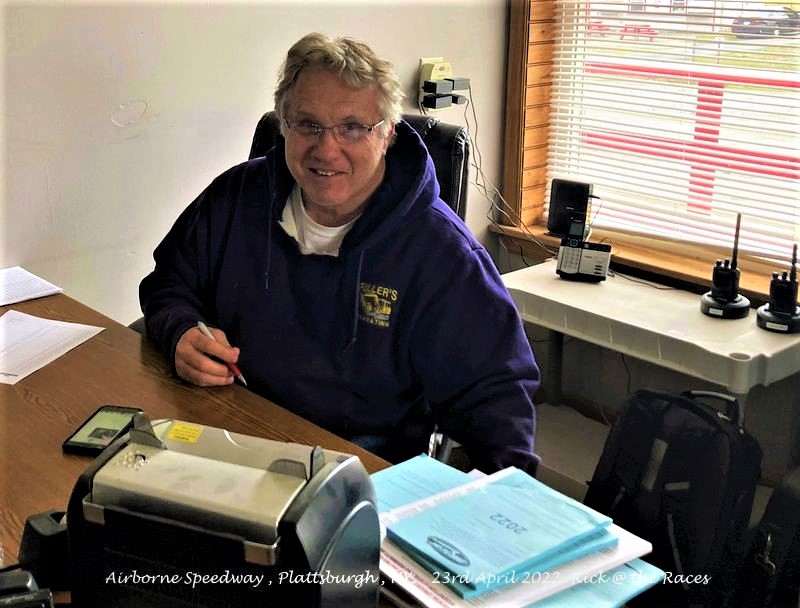 It was nice to re-connect with my old buddy Mike Perrotte who has been part of the management team at the track for many years.

I hung around chatting until about 3-00 pm before heading back to Canada. I was home in time to get comfy on the couch for some good TV.

At 6-00pm one of my favorite detective series from the UK.  Oxford based Endeavour,  about the early days of Detective Morse.

Following this I was flipping between the sports channels , watching the Sens V Habs hockey and the ‘Sprint Race’ which preceded Sundays F1 Emelia Romagna Grand Prix from Italy.

The Sens beat the Habs and Matt Verstappen in his Red Bull won the Sprint. I was up early the next morning to watch Verstappen get another win in the Grand Prix.