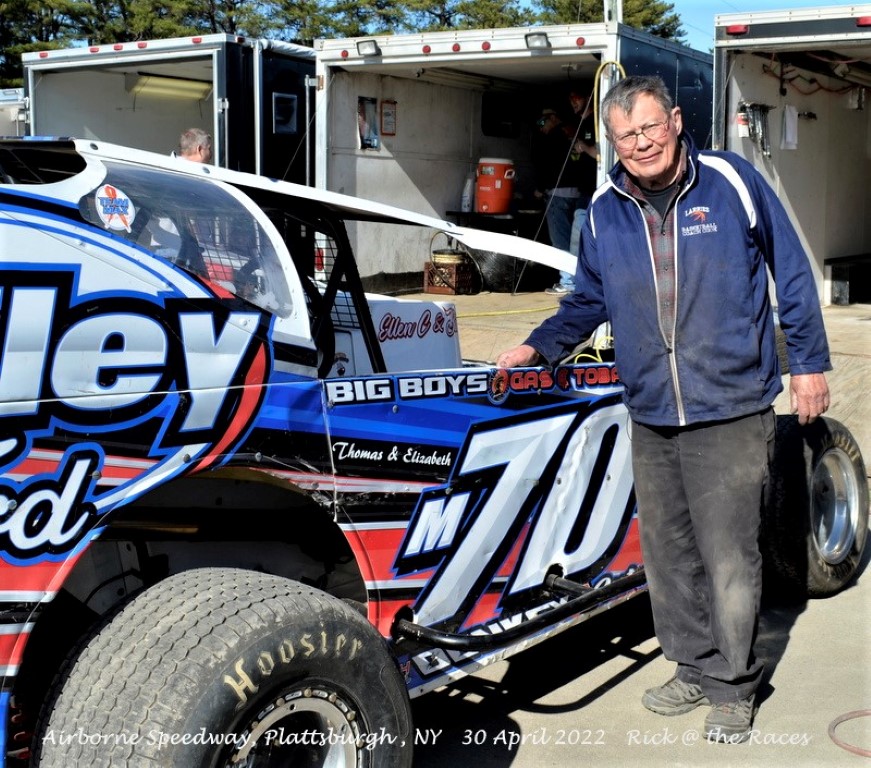 This past week I had to make a choice from three destinations for my Saturday’s racing , and didn’t decide until the last minute . One place for the morning was a certainty.

Before the weekend came upon me , I did a bit of ship chasing.  I heard via the St Lawrence ship watchers F/B page that on Thursday the 28th  of April , a large cruise liner was passing by . I had to get some pictures , so waited at the Blue Anchor Restaurant, beside the water at nearby Glen Walter. 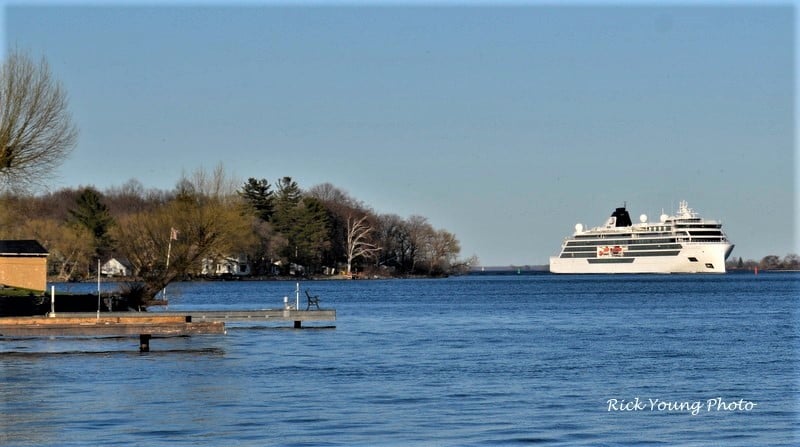 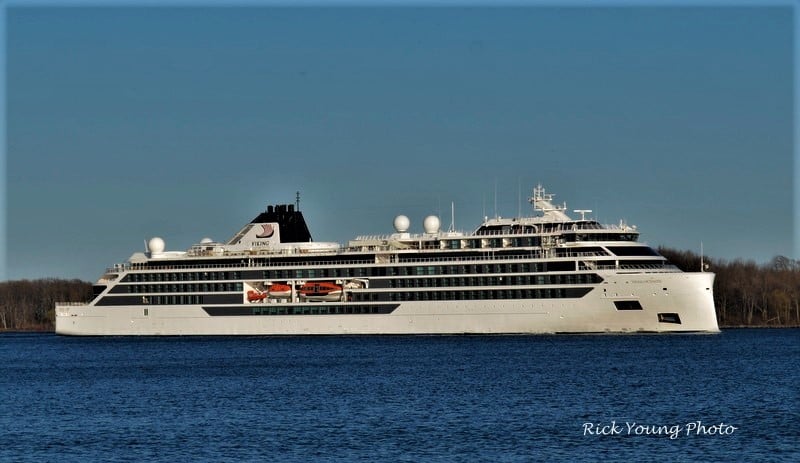 It was due to pass by at about 6-30 pm so I ordered a burger and fries to eat in the parking lot while I waited. The Viking Octantis looked very impressive as it made it’s way up stream towards Toronto.

On Saturday morning the Brockville Ontario Speedway were holding there Car Show and CHEO Fund Raiser at the cities Walmart, and this was on my agenda. I got there at about 9-30 am and as usual there was a good turn out of cars and fans. 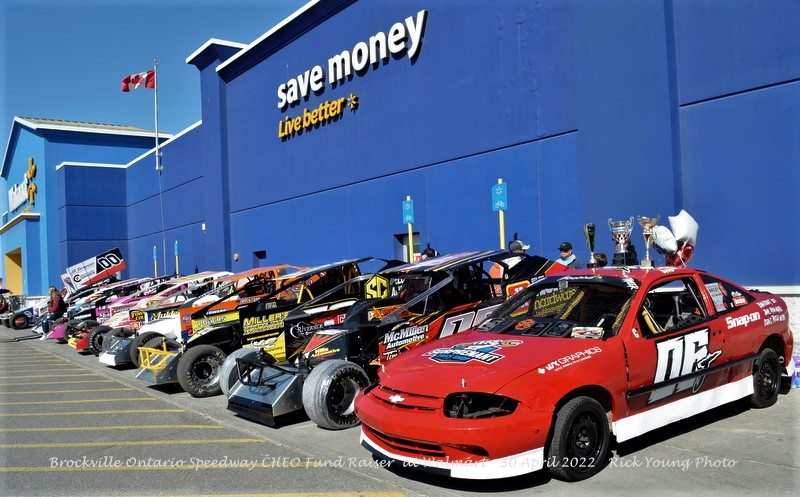 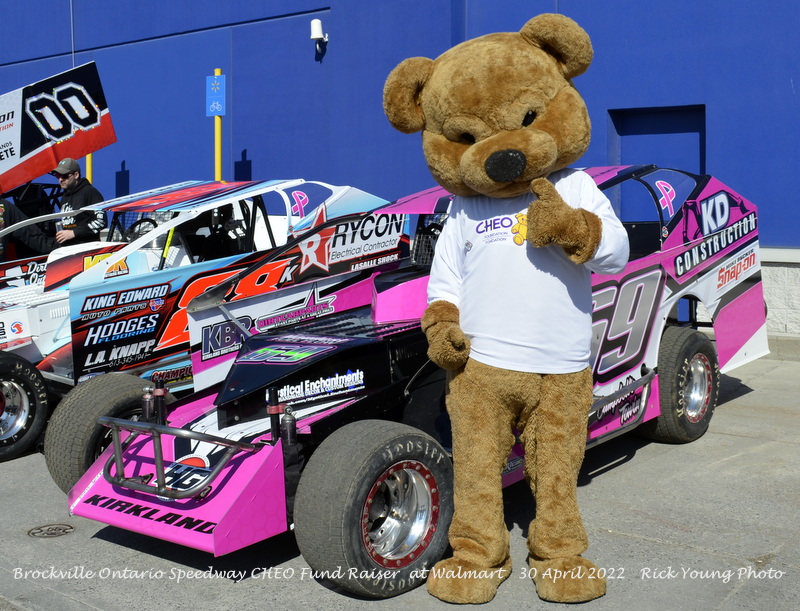 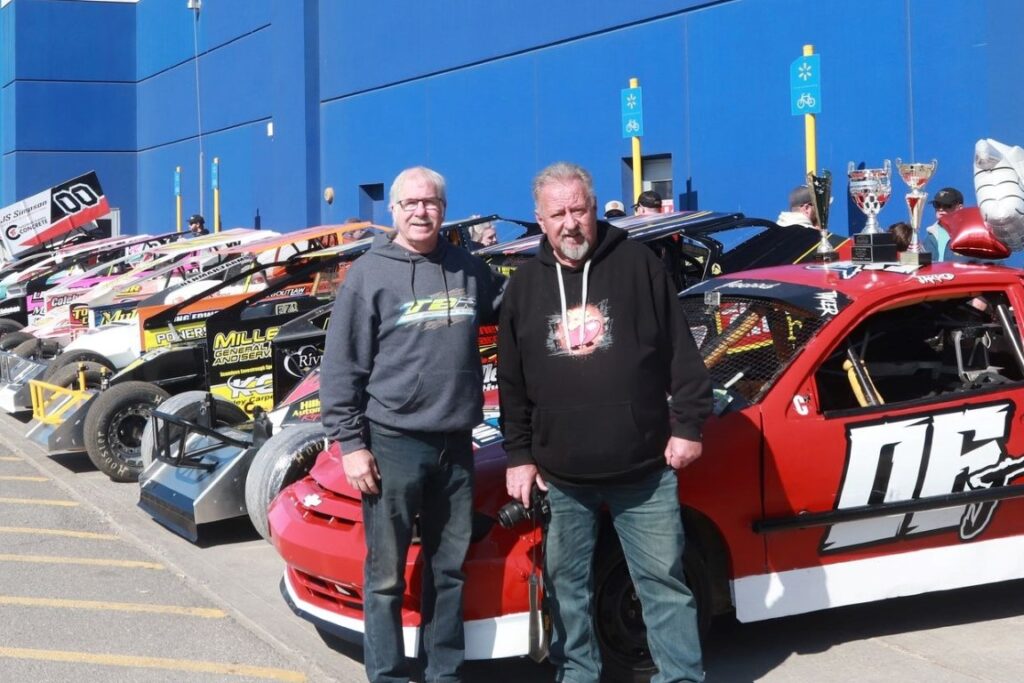 By the time I’d arrived  in Brockville , I’d chosen the Airborne Speedway, as it was the nearest to my house which meant I’d be home a lot earlier.

My buddy Don Simpson was at the car show and I told him of my plans , so as a result we both decided to meet up later, and head off there.

On arrival at the track there were lines of haulers waiting to sign in.

There was a great turn out of cars. There were 56  DirtCar Sportsman in attendance for this opening series race, as well as the domestic divisions.

I wandered around the pits and had a good chat with Billy Cook # M70, who was embarking on his 52nd year of racing . 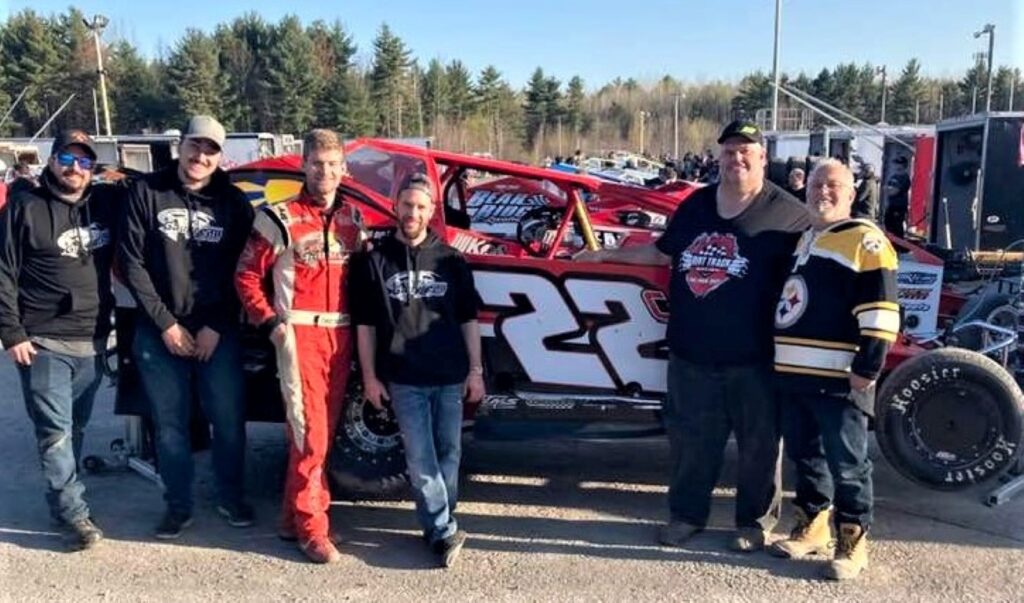 It was also good to see my friend Cedric Gauvreau and the team from Gatineau , Quebec. Also from Kingston , Ontario , good friends Jessica Power  # 52 and Shawn Hartin 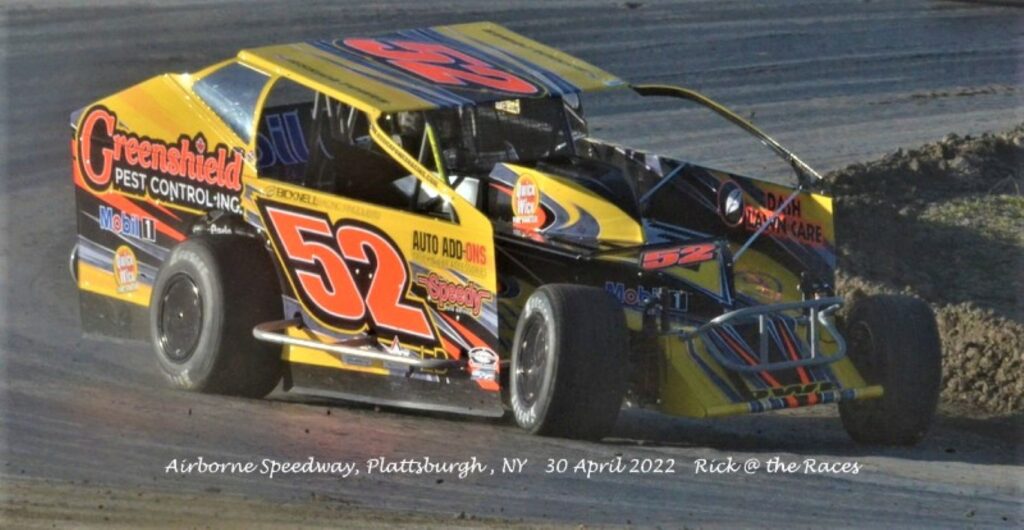 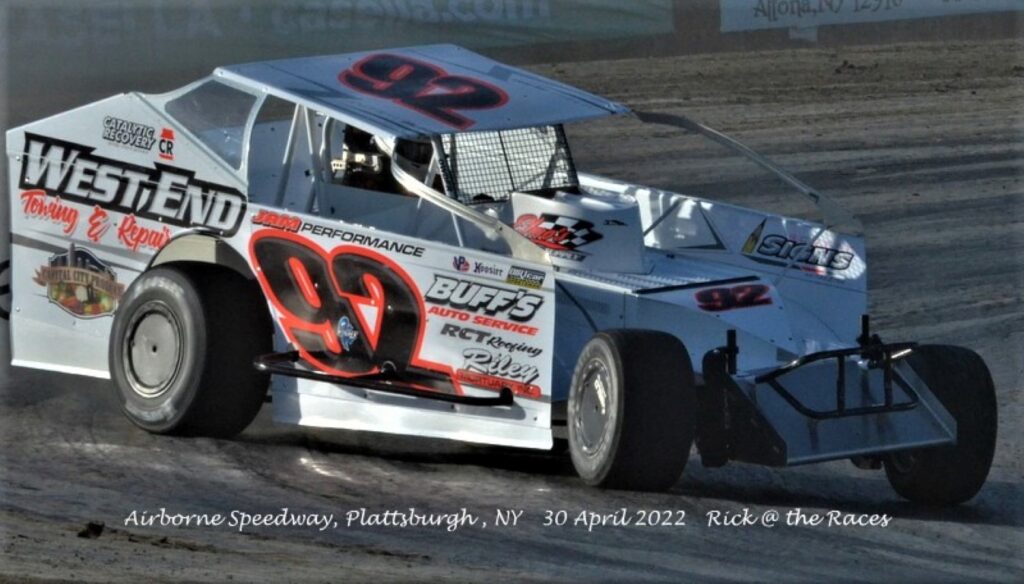 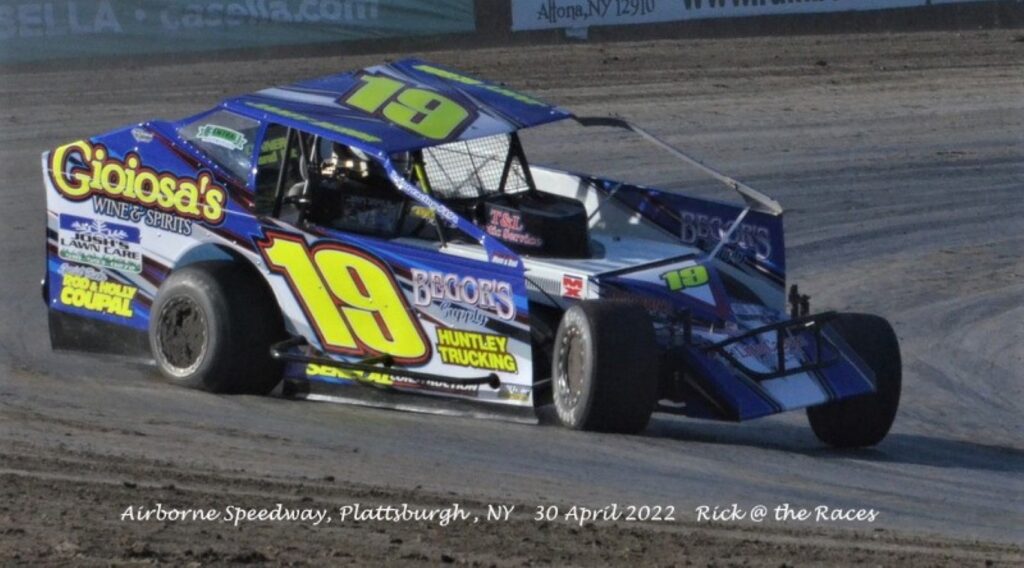 Once the action began, I took my first batch of pictures from the outside of turn four before moving to the middle.

It was nice to see # 6 , CV Elms racing again. He is the promoter at the Bear Ridge Speedway , at Bradford, Vermont so I don’t get to see him in action very often. 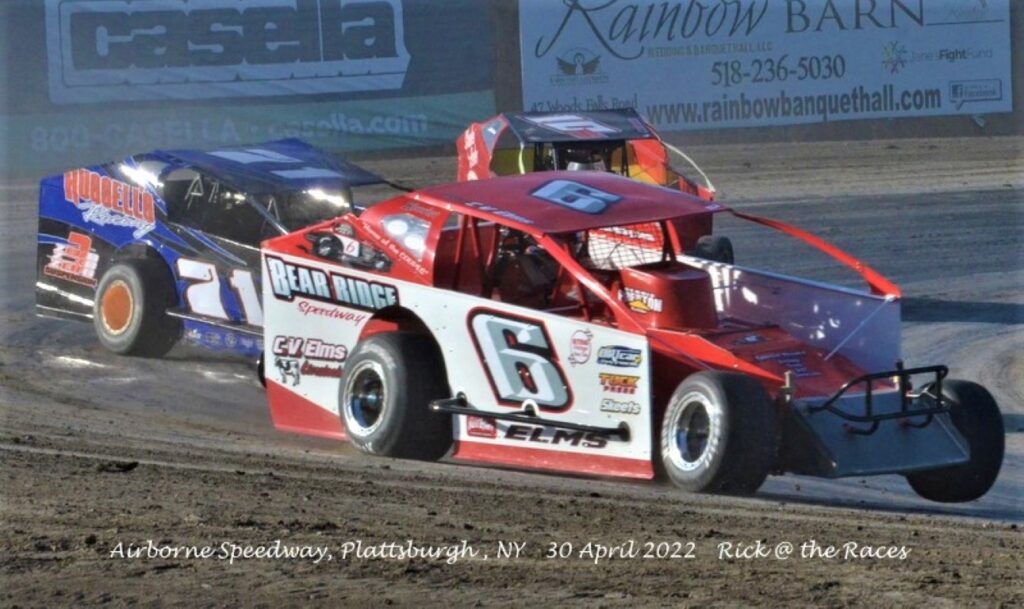 He also used to promote at the Canaan Fair Speedway in New Hampshire which was where I first met him back in 2005 ,  The look of his cars hasn’t changed much in 17 years . 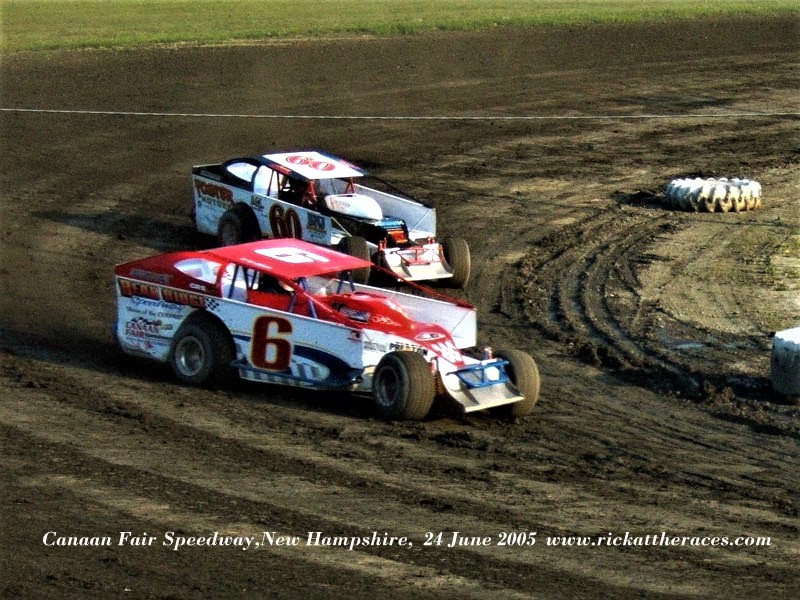 The heat races were all in the books without too many delays, I think most of them went flag to flag without cautions. 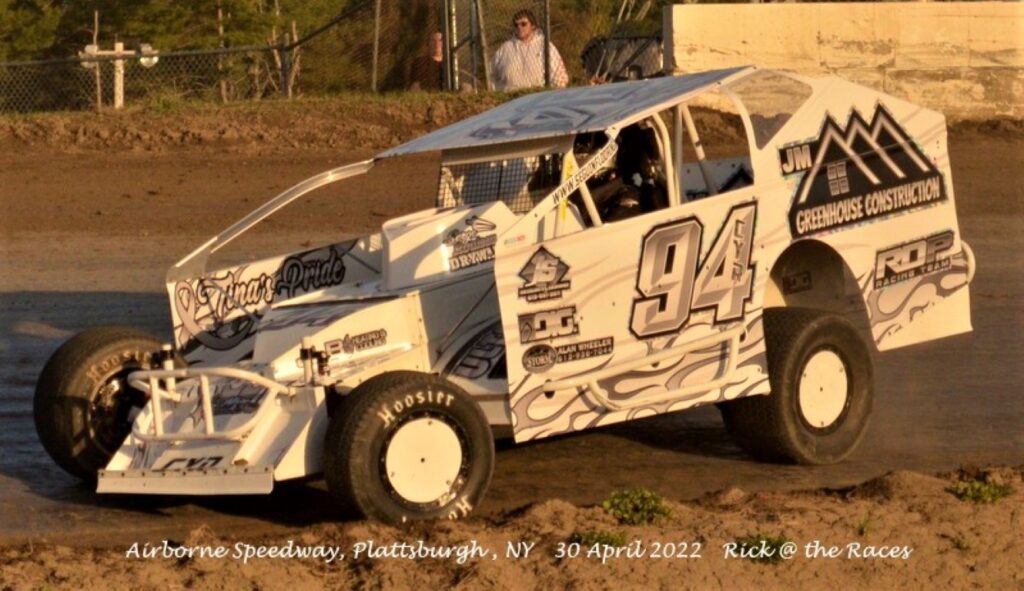 With so many cars in attendance , two last chance qualifiers were held. These also went without too many incidents. 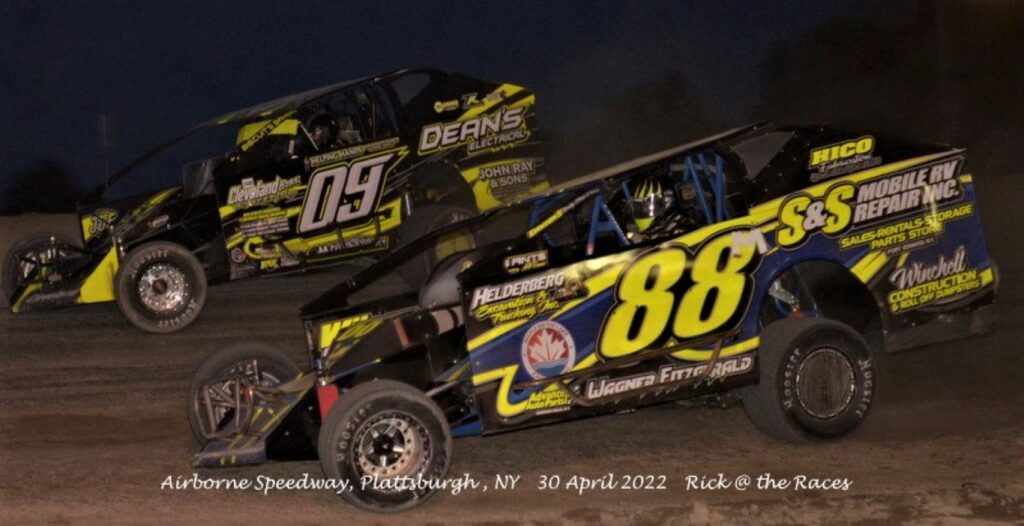 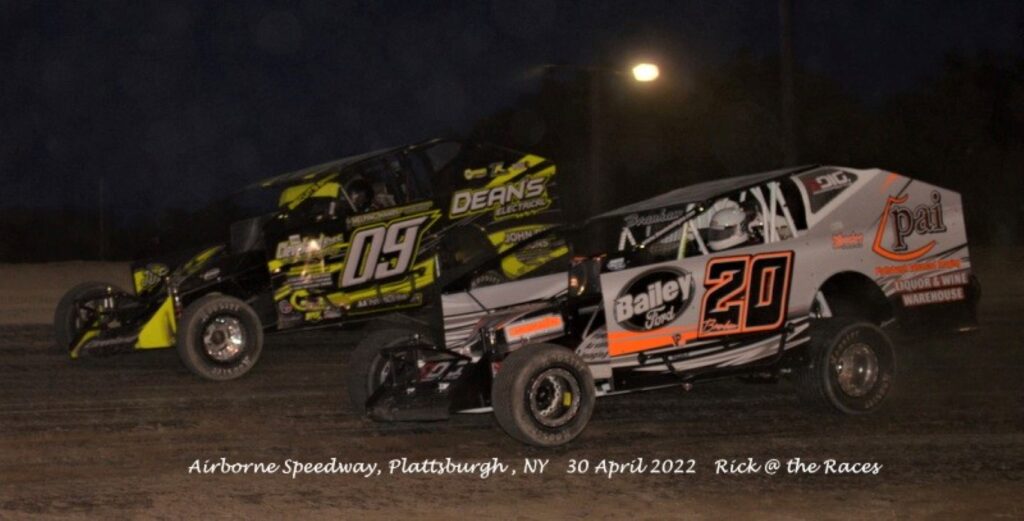 Then the  40 lap feature took to the track, and things started to go  sour.

A big wreck occurred on the opening lap, which caused a red flag.  As  the carnage was cleared, the cars returned to the pits while the track crew began adding water.

Apparently the dust problem was a concern to the drivers. After a pause it was announced that the nights races would be postponed , on a date to be determined after discussions with DirtCar.

So it became an earlier end to the evening than I expected.

With no plans for Sunday the 1st of May, I decided to pay a visit to my friend Chanty, in Gatineau.

Traffic in Ottawa was very busy with diversions in place due to the latest Freedom Protest so the trip took longer than normal.

We took a drive out and had delicious meal at the Alpina Restaurant in Chelsea . The most amazing French Toast platter I’ve ever had . 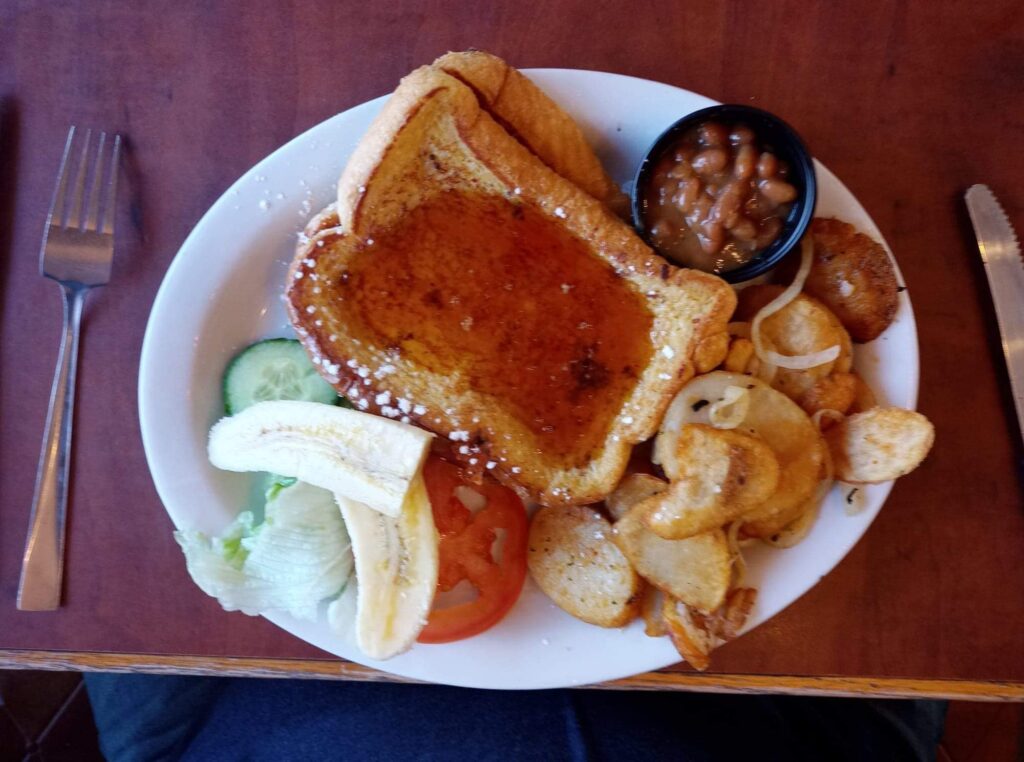 This was followed by a drive through Gatineau Park ,  That was somewhere I’d never been.

My drive back to Cornwall became another ‘Rick @ the River’ event , when I decided to use the Masson to Cumberland ferry in an effort to avoid the Ottawa traffic.