Rick Young is my name and I live in Eastern Ontario , near to Ottawa, in the great country of Canada. I was born in Ipswich in the UK and moved here in 1994 .

At a very early age I became interested in auto racing and got my first taste of action as a toddler in the 1950’s. My parents were followers of the Ipswich Witches Motor Cycle Speedway team and were regular race goers at their local Foxhall Stadium.

I was taken there as a small child to see the bikes, as well as the new sport of stock car racing.

Following a change in my father’s employment, the family relocated twice. From the late 1950’s to the mid 1960’s we lived in Witney, Oxfordshire before settling in the Dunstable area of Bedfordshire.

Not long after moving to Dunstable, the family made an afternoon visit to the Brafield Stadium in Northamptonshire to see the stock car racing and the interest was rekindled.

From that Sunday in 1965 onwards, I became a schoolboy race fan infatuated with the sport.

When I left school my buddy and I (Chris Pickup) built our first BriSCA F1 Stock Car car and in 1974, I made my track debut at the Snetterton Circuit in Norfolk.

I raced both BriSCA F1 and F2 stock cars on and off,  until 1989.  Throughout that time, I remained an ardent race fan, going to watch any form of auto racing when ever I could.

In August 1994, I moved to Canada and within two weeks of my arrival I’d attended my first stock car race. (the now defunct, Golden Lake Speedway, Ontario) .

After seeing DIRT Modified racing for the first time in June of 1995, at the Can Am Speedway (Lafargeville NY) I was hooked, and knew what my North American racing preference would be.

In 2003, I was asked to contribute North American news to SHORT CIRCUIT MAGAZINE, which at that time, was Europe’s leading oval racing publication.

From small beginnings it wasn’t very long before I took over the SHORT TRACK AMERICA pages which I did until the magazine ceased publication in 2011.

From there things mushroomed into a busy life involved in the media side of DIRT racing.

I started doing a Blog called ‘Rick at the Races’ which I sent out to a large selected mailing list.

One of the recipients was a good friend of mine, the late Craig Revelle. He was just starting out on a new venture of producing web sites for the racing fraternity and suggested he did one for me called RICK at the Races. I agreed and in August 2008 it was launched. The rest is now history.

This web site is devoted to my life and times around the race tracks. I hope you enjoy your visit. 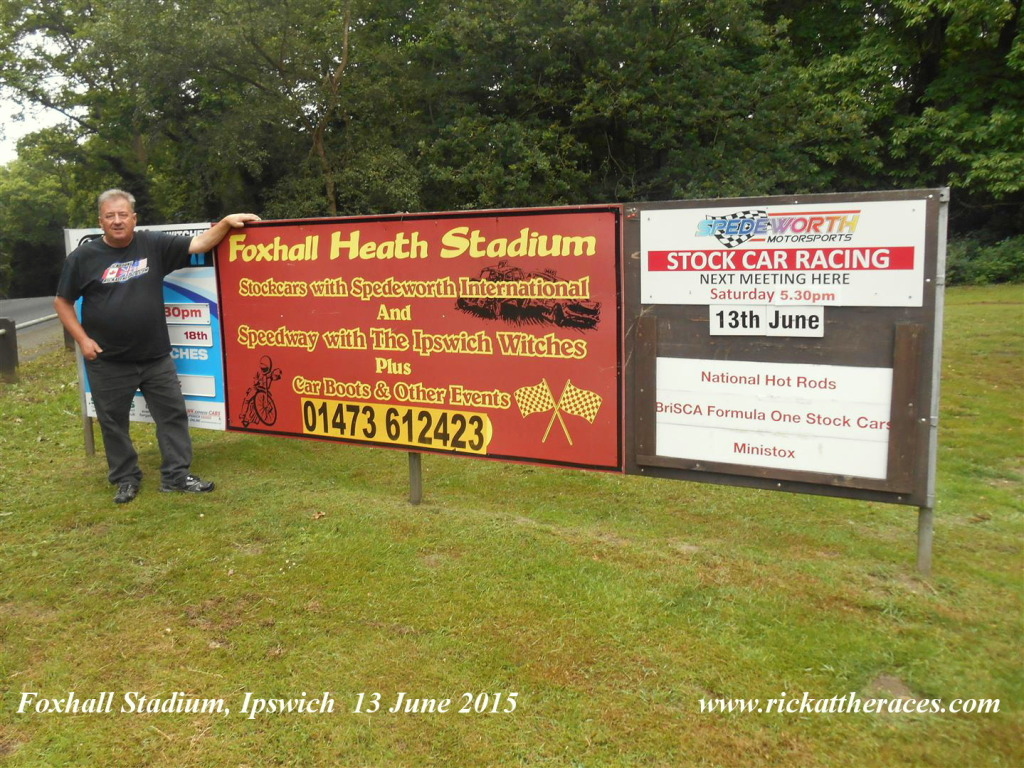