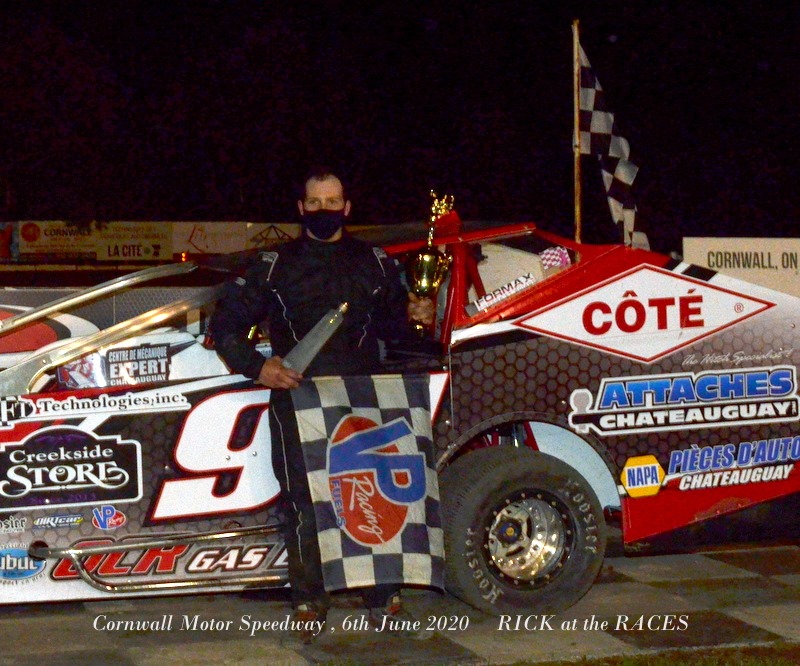 After enduring  three months of Lock Down , while we fight Covid 19,  Canada finally got its first Dirt Race of 2020 in the books,

On Saturday the 6th of June my local Cornwall Motor Speedway, hosted the ‘Back to the Track 50’ , minus the fans . It consisted of 358 Modifieds, Sportsman and Mini Stocks. Fans could watch the races live on 360 Nitro TV, while strict social distancing took place at the track. 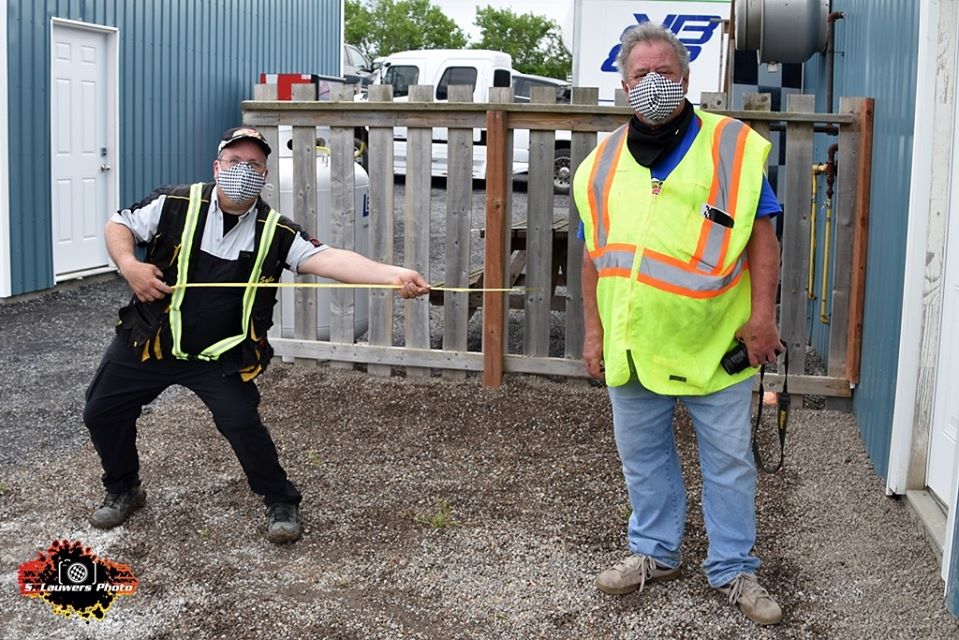 The start time was delayed for a short time, after we succumbed to a heavy down pour at 4-00 pm .

There was a good turn out of cars from all divisions, with race teams  eager to shake off the Covid blues. 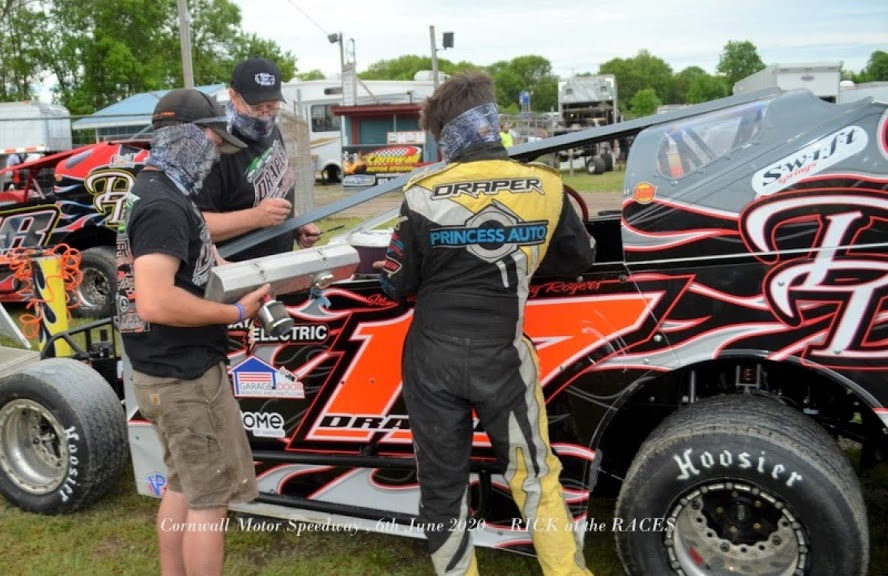 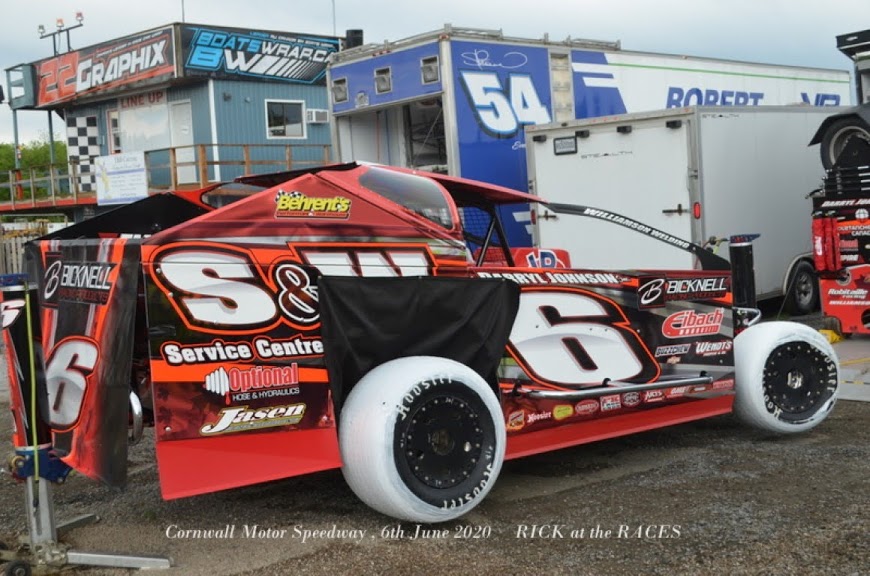 It was good to see DirtCar Champion , Mat Williamson from St Catherines,  Ont, paying us a visit.

As you would expect, there were plenty of nice looking cars , adorned with fresh ‘raps’ 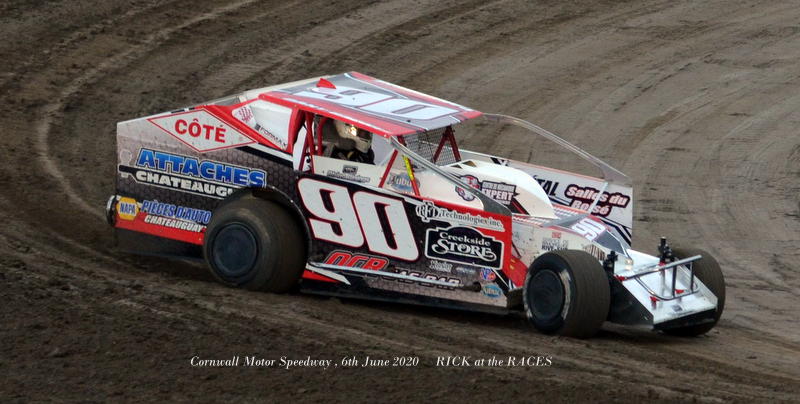 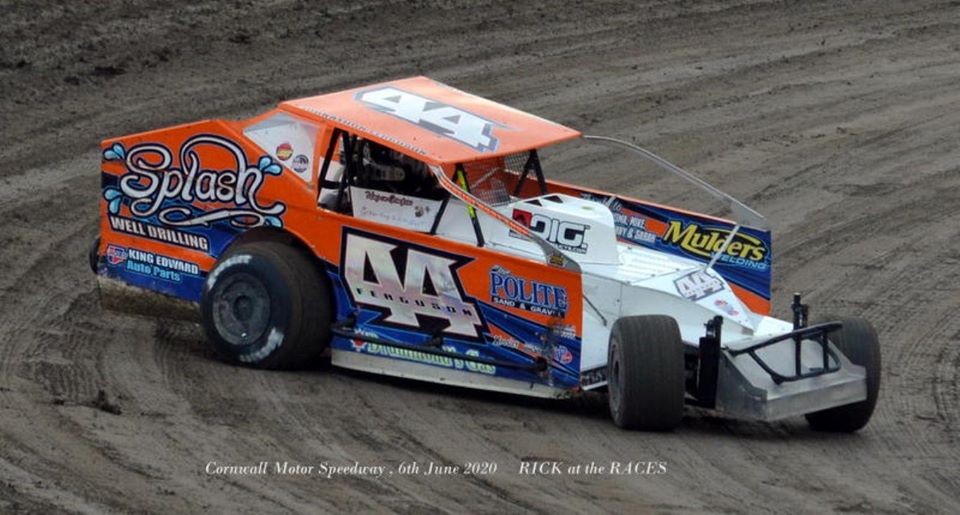 As usual, I took a few pictures from the pit tower, before joining the other media photographers on the middle. 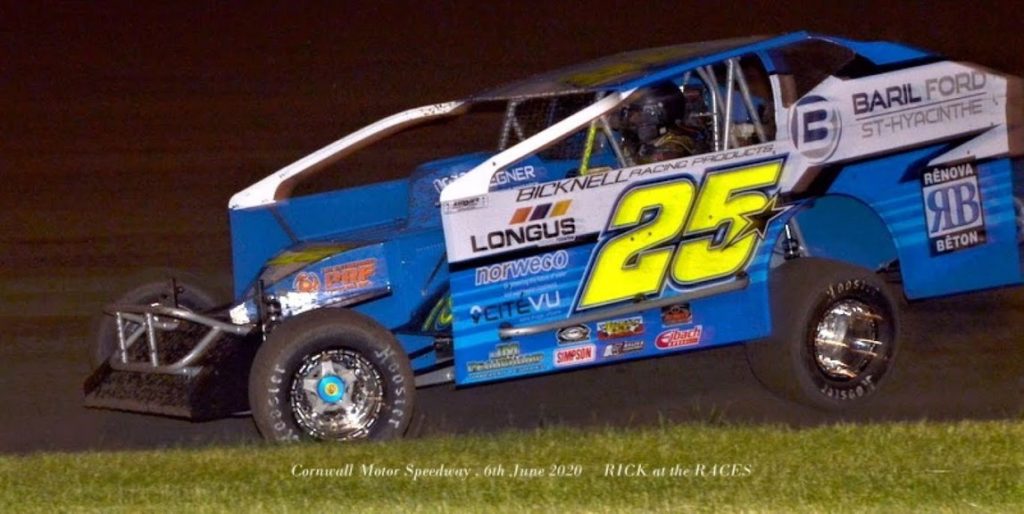 The The earlier rain had taken its toll, so a bit of track prep was needed during intermission.

First up was the Mini Stock Feature which was won by James Clark. 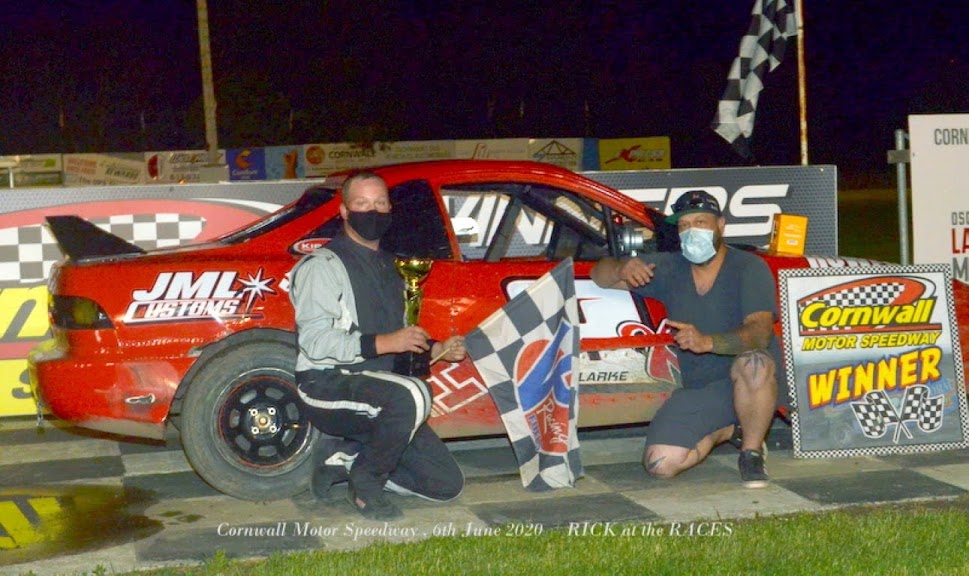 Next  was the SPORTSMAN   feature where Johnathon Fergusson made easy work of this one. 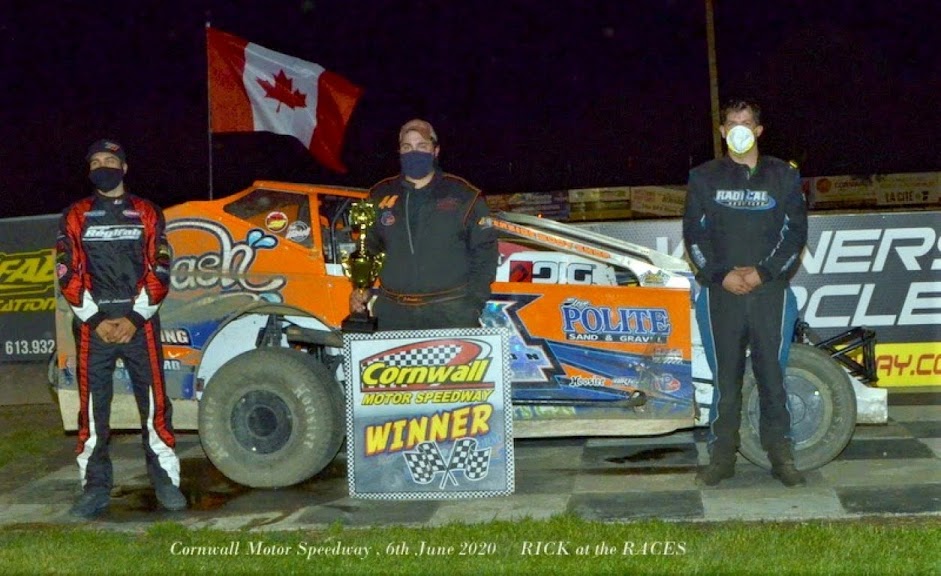 The 50 Lap Modified Feature, gave everyone a surprised, when early leader Dany Gagne # 90 ,  hung on to the lead until the end. 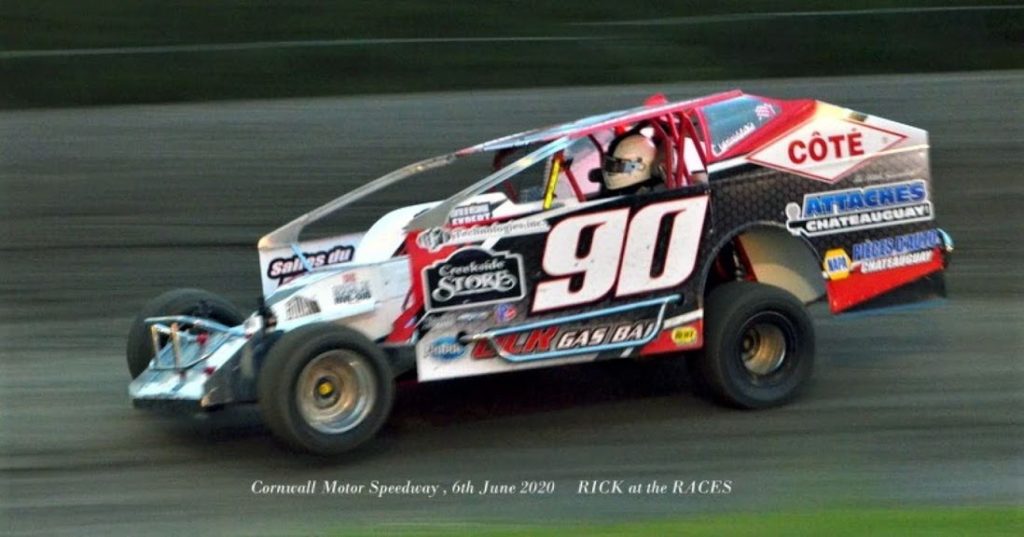 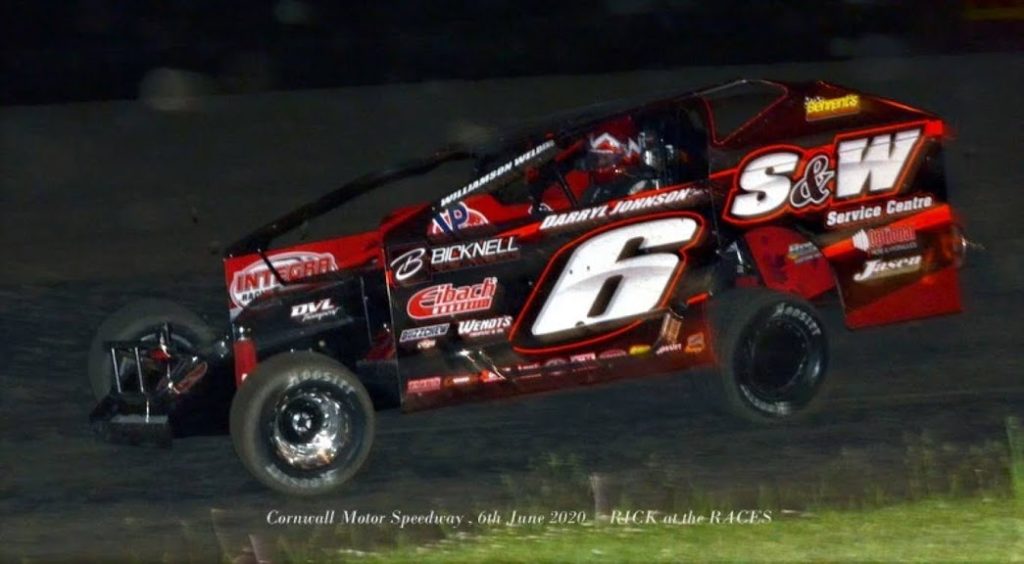 At one stage , it looked like Mat Williamson was getting up to  pass him , until his engine started smoking, forcing him to  pull off.

In the closing laps, Yan Bussiere and Corey Wheeler were up there challenging, but Gagne managed to stay in front until the end. 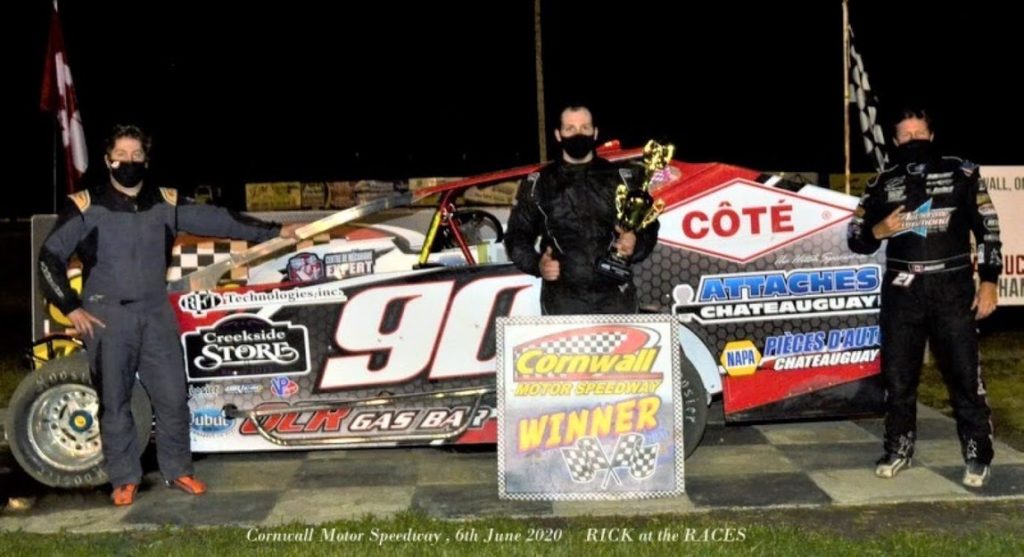 The evening went along smoothly and was all done by around mid night.

Looking forward to the next few weeks in Canada,   the Humberstone Speedway , Ont have their Lockdown Showdown on the 13th June and Autodrome Granby , in Quebec have the Covid Destroyer on the 20th June. 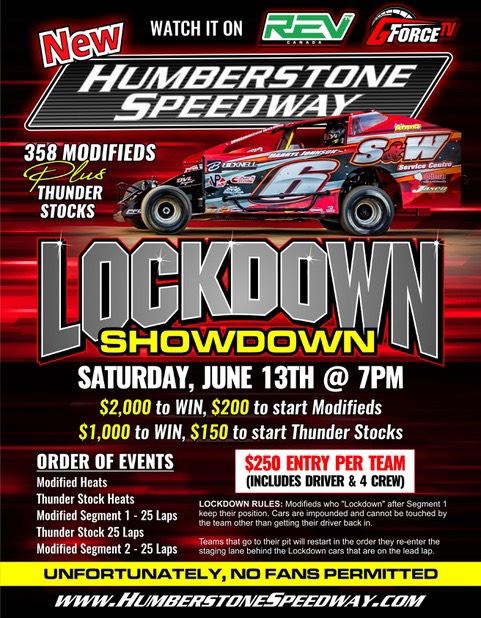 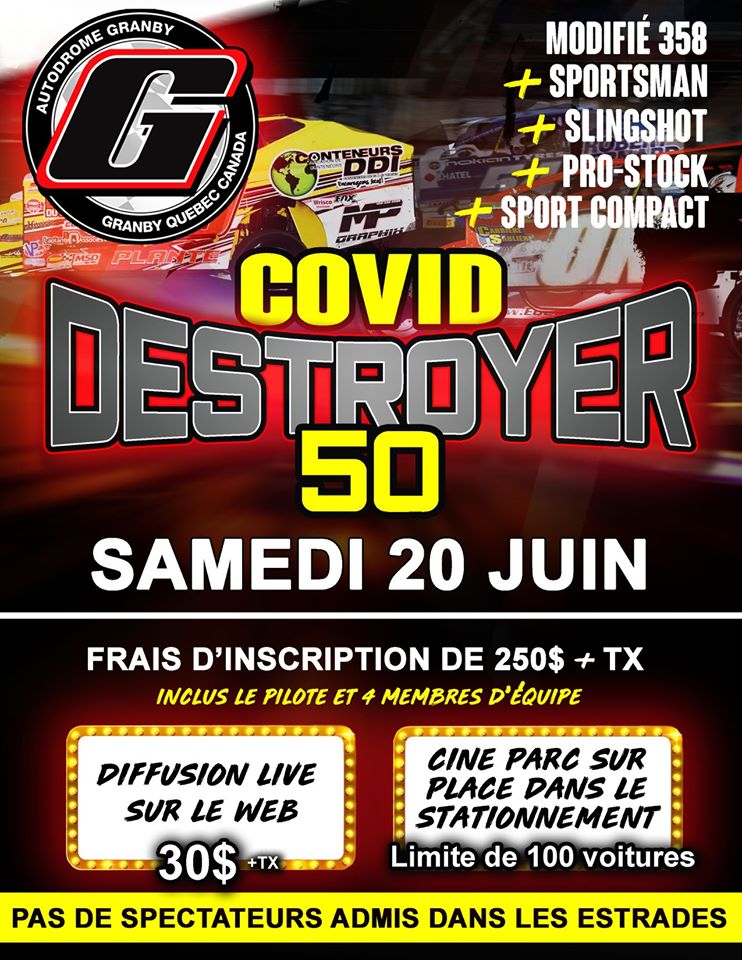