One annual event I always look forward to, is the APPLE FEST Shoot Out  at the Brighton Speedway.

I still have my long time friend Lynn Longden from the England  staying with me , so I decided to give the Friday night show a miss. The headline event, the 358  Modified Shoot Out wasn’t until day two , so this worked out fine for me. Lynn stayed indoors watching TV while I went to the races.

I was out of bed early on Saturday morning, and soon heading west on highway 401.

Over the years APPLE FEST can be remembered for damp and cold weather , but Mother Nature was being kind this year and the sun was shining.

Once I’d  parked up, I met my buddy Ron Morin, who took me for a tour of the pits on his golf kart.

One of the first teams I chatted to was the SLACK Team who were fielding two cars . Danny O’Brien , last years APPLE FEST winner, was driving one of them and Dalton Slack the other. 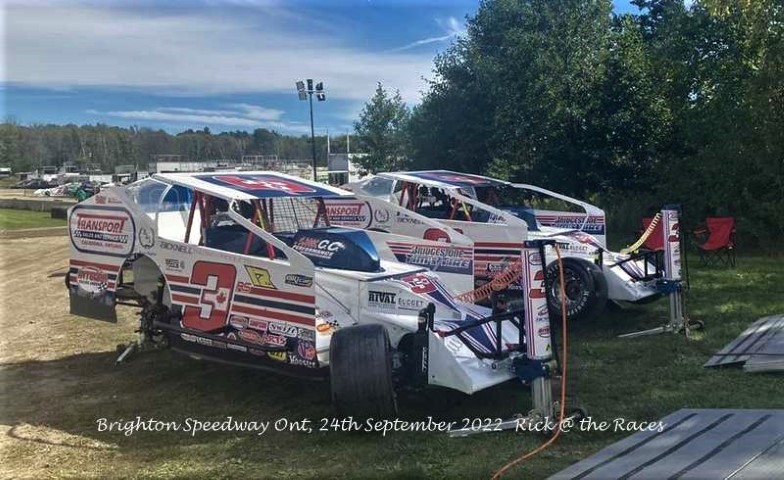 I was in the pits to witness the David Hebert # ONE Team arriving. 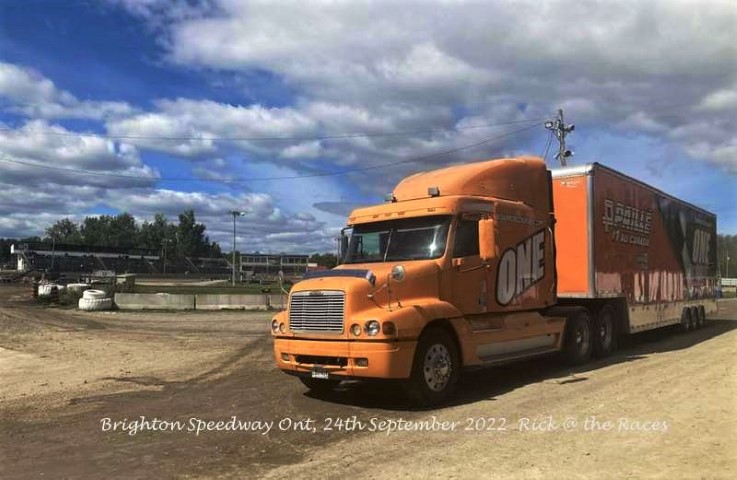 David was missing from his usual Autodrome Drummond on this occasion to contend Apple Fest for the first time. (He told me , he’d been there before, but it was on one of the occasions when it rained out). 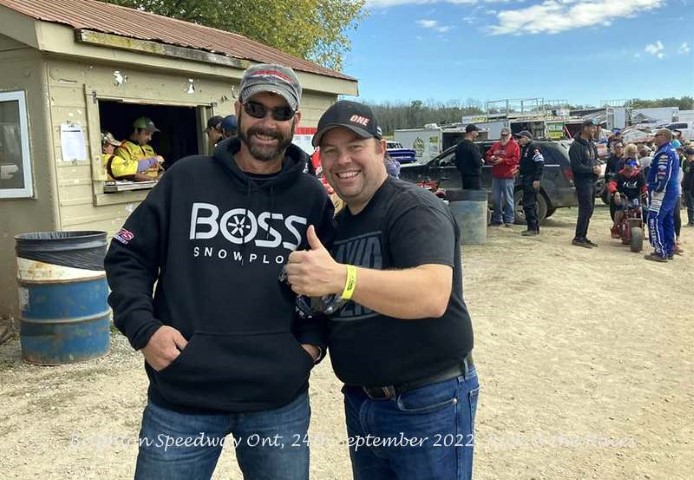 I also had a chat with one of my local Cornwall drivers. 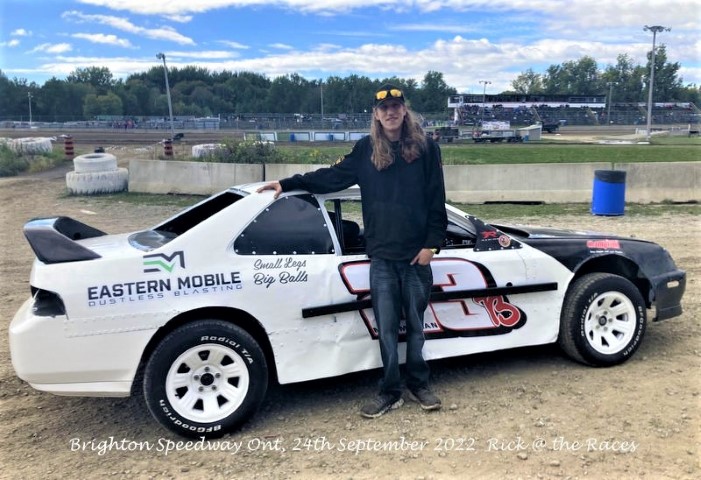 Brandon MacMillan was back driving a Mini Stock after a year in the Pro Stock division.

Once the racing got under way , I based myself in my usual spot, on turn three and four, where I was joined by my media buddy Jim Clarke.

The only other ‘Tog’ in attendance was Rod Henderson, the official Brighton Photographer. 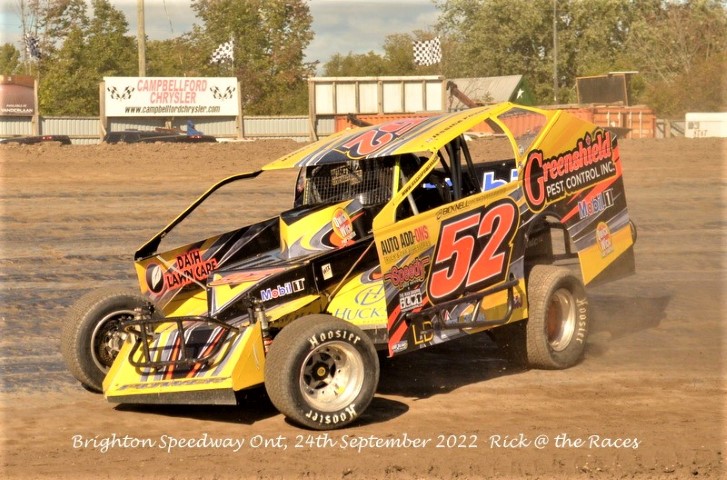 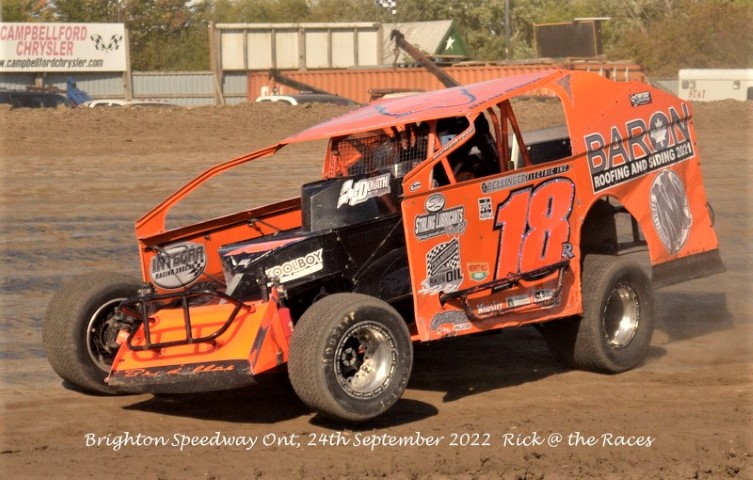 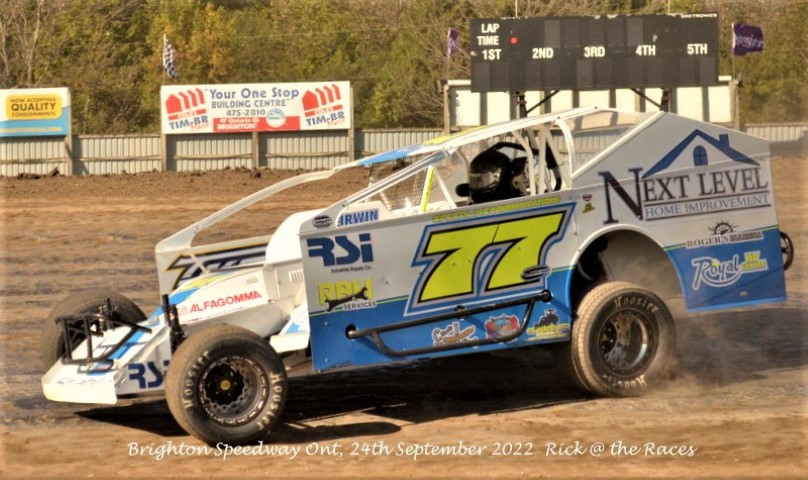 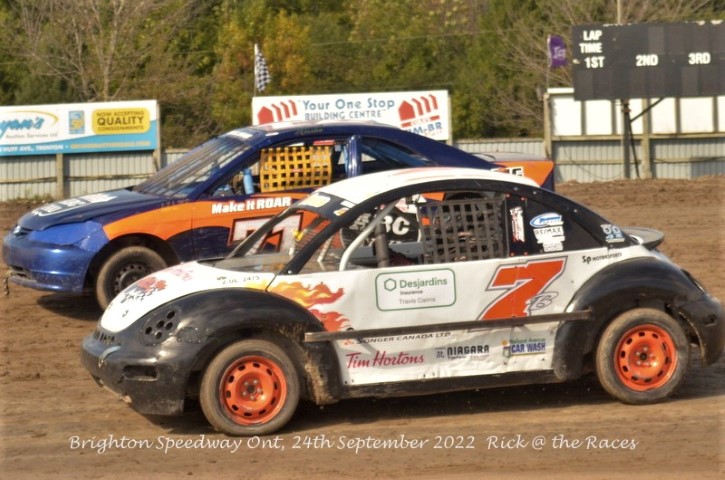 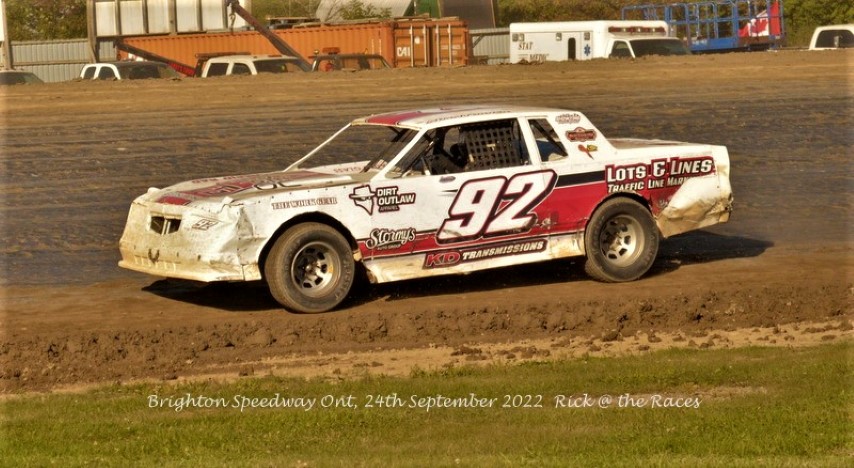 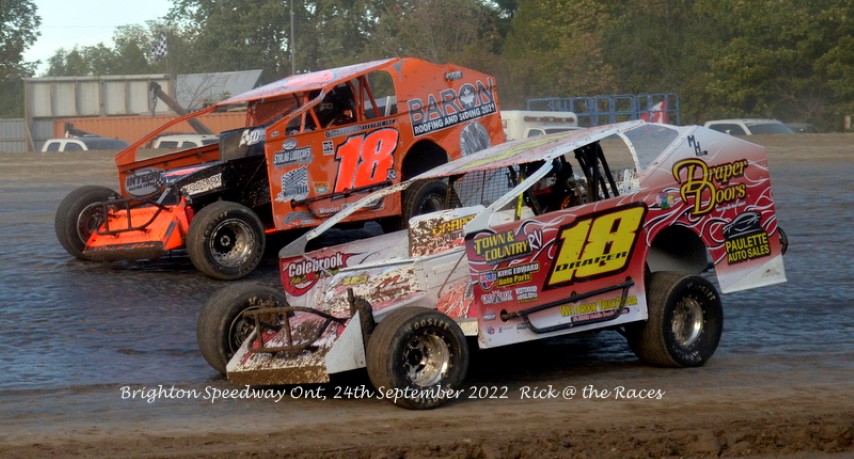 There were a lot of cars in the pits and it looked like it was going to be a long night.

The heats were all done by about 6-00 pm and it was time for some track prep . The early start had meant a dusty ‘one lane’ surface that needed some attention. Things got under way again at about 7-30

Lucky for me, the main events for the Modifieds and Sportsman were’nt the last ones to run, so things  looked good for an early exit.

The first feature was for the 4 cylinder Mini Stocks. 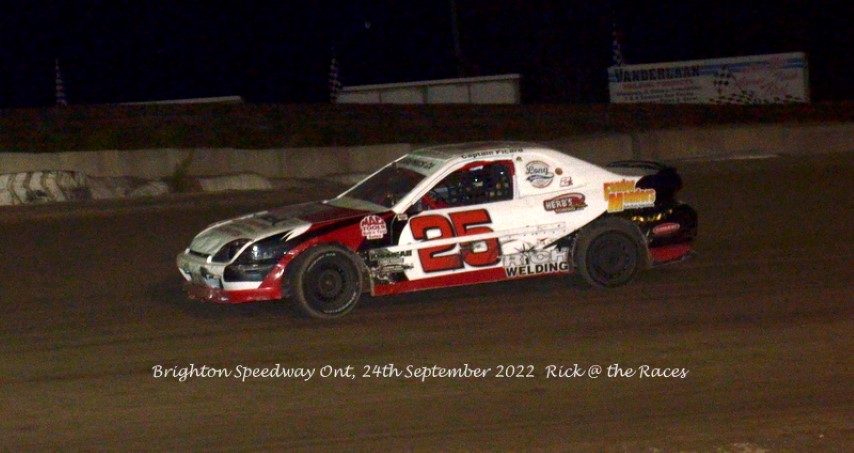 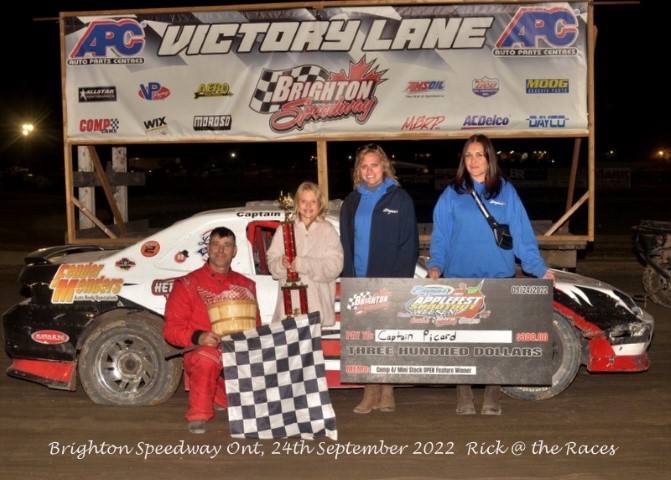 This turned out to be an exciting race which was won by Pierre Picard, one of my local Cornwall guys.

Next up was the Sportsman Feature . 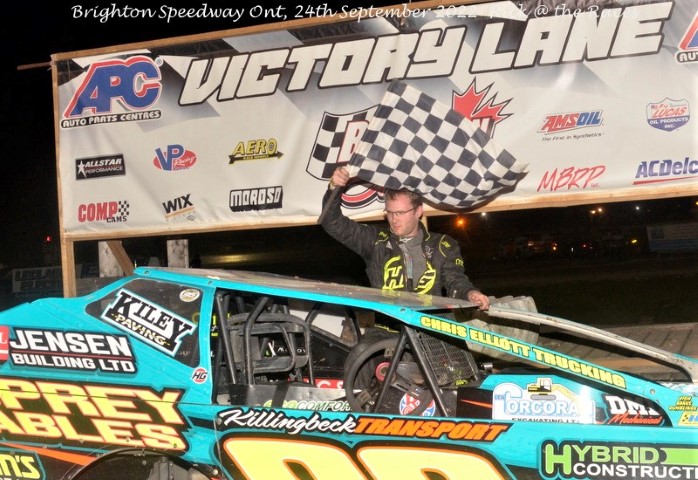 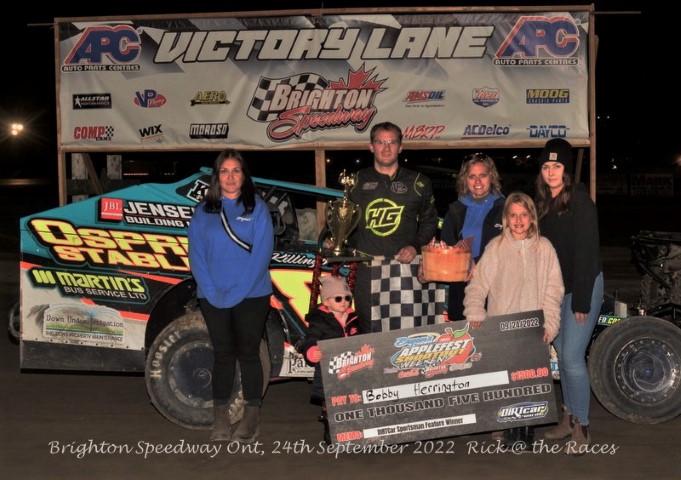 This gave Bobby Herrington a run away victory.

The Canadian Modified Feature followed , and I have to admit I was dreading this one. I like this division which is similar to the IMCA modifieds of the USA , but for some reason, when ever I  see them in Canada, they seam to be prone to multiple cautions. 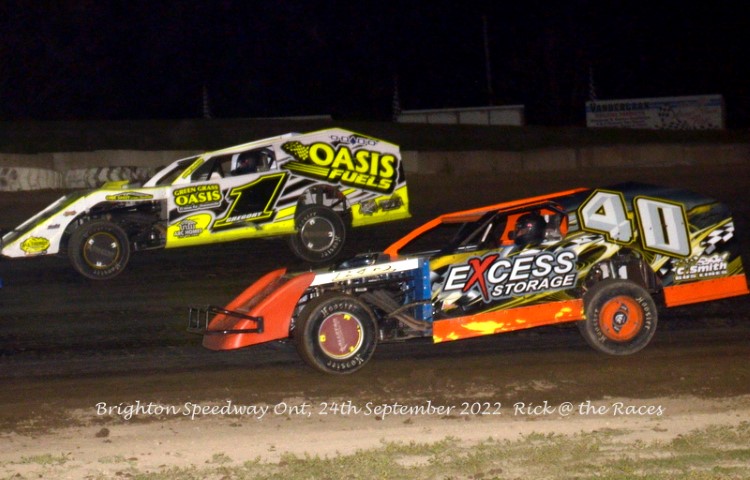 To my surprise there were very few stoppages, and the race got quite interesting to watch in the closing  stages. 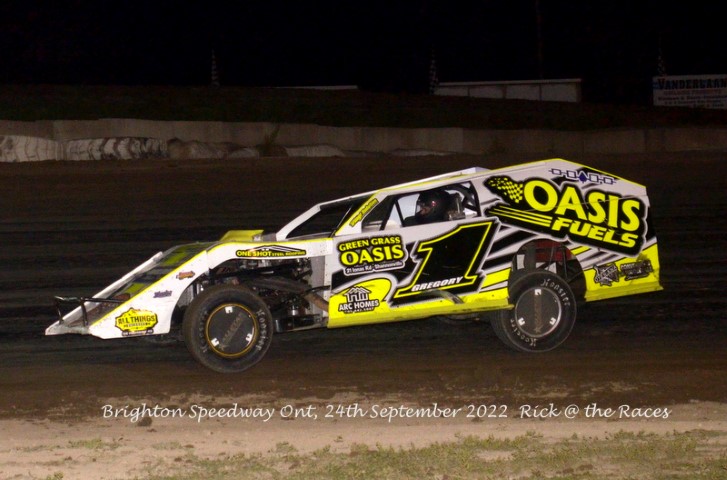 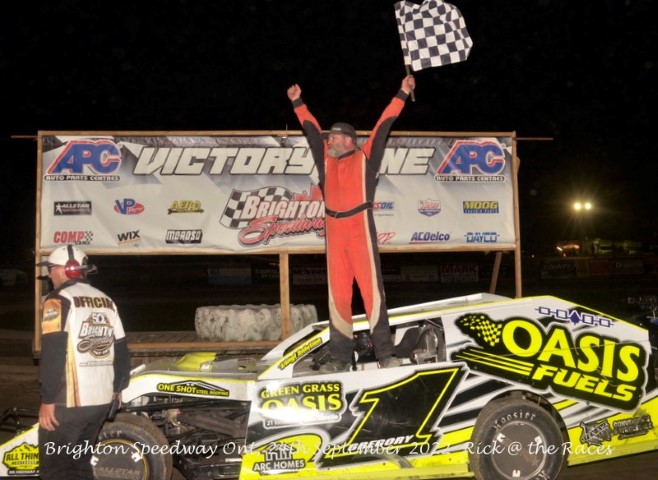 The winner was Shawn Gregory.

The headline event of the weekend was up next, the 358 Modified APPLE FEST SHOOT OUT.

During the intermission Tristan Draper had drawn the pole. 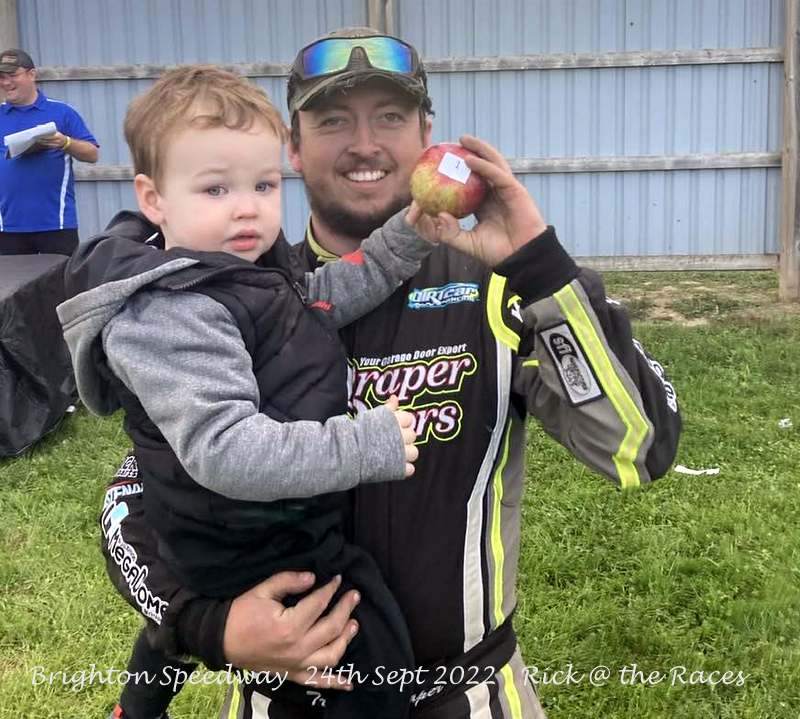 The race turned out to be another run away win , this time for Chris Raabe who dominated for most of the 75 laps,  once he’d passed early leaders Johnathan Fergusson and Draper. 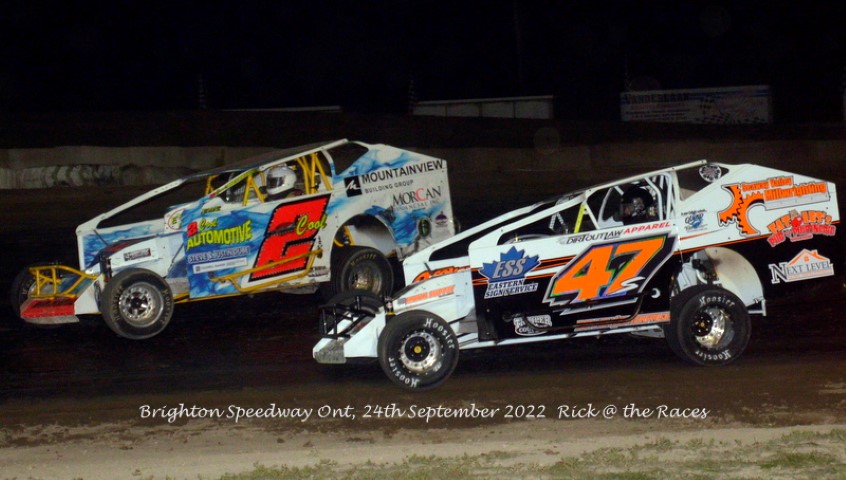 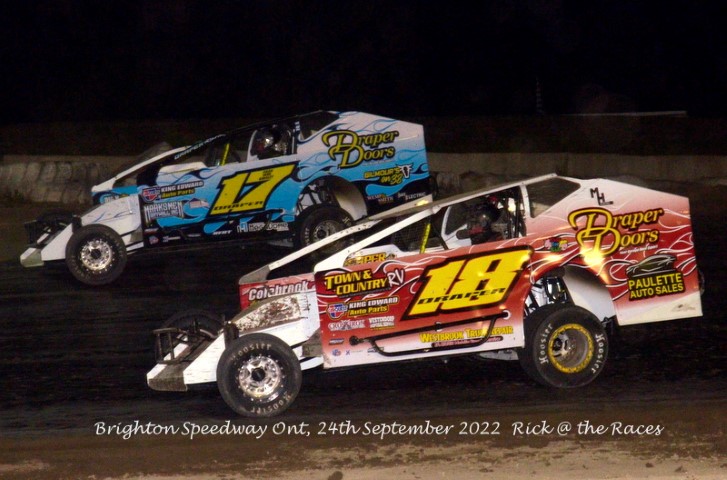 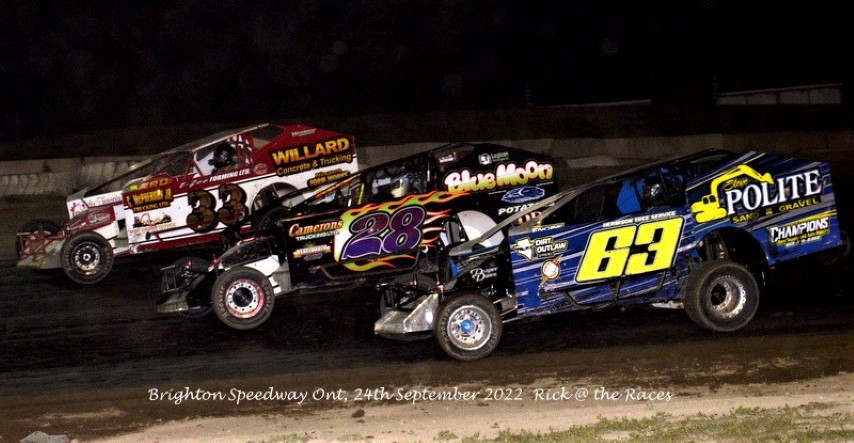 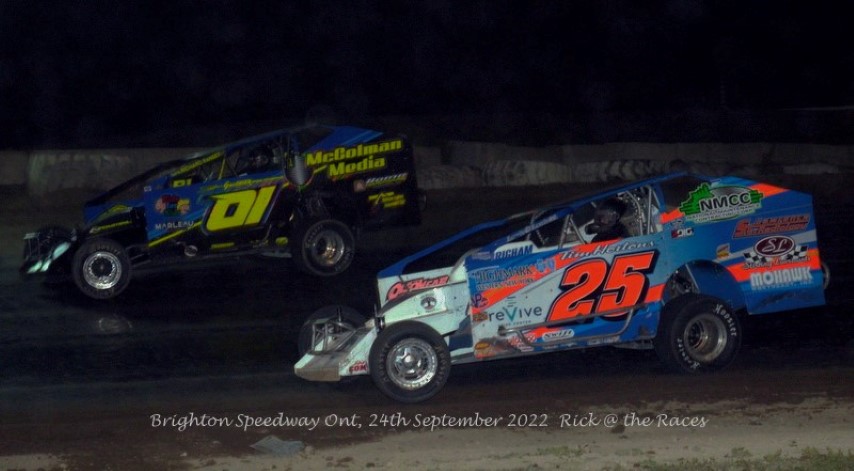 Erick Rudolph started to close the gap in the final laps , but not close enough. 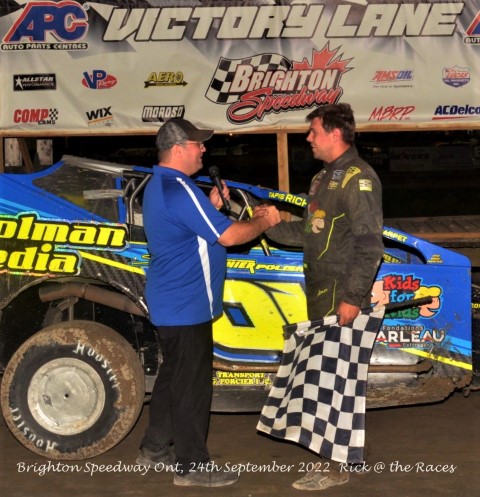 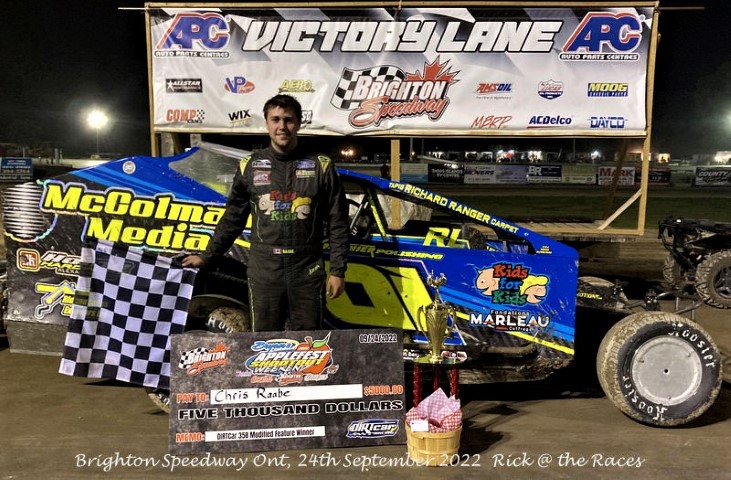 David Hebert worked his way up to third place to complete the podium , after he’d drawn a lowly 11th place starting spot.

The picture taking was all done by 10-30 pm and I was soon heading out the gate and on my homeward bound journey.

On Sunday I had something a little different planned.

My friend Lynn ,  had never seem a live Hockey Game, so we had to rectify that.

There was an exhibition game taking place between the Kingston Frontenacs and the Ottawa 67’s, just down the road from me at the Cornwall Civic Complex.

We’d bought tickets in advance so off we went. 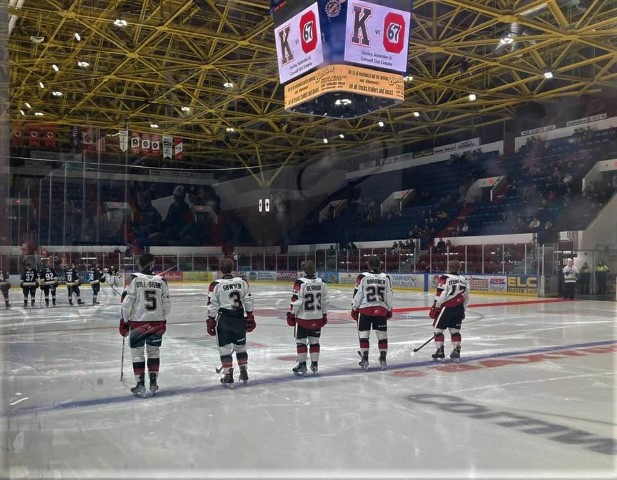 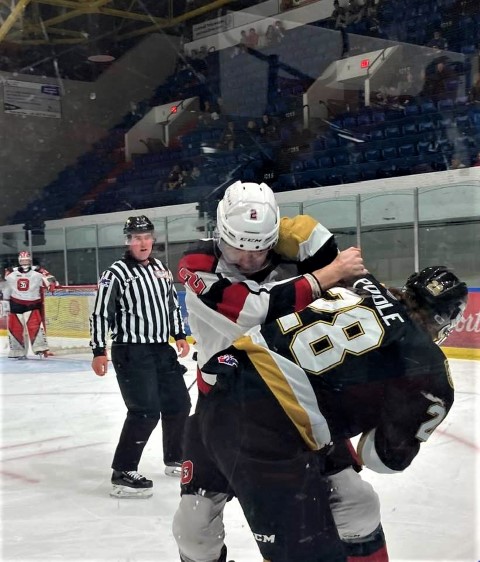 It was a good game with Ottawa getting the win. 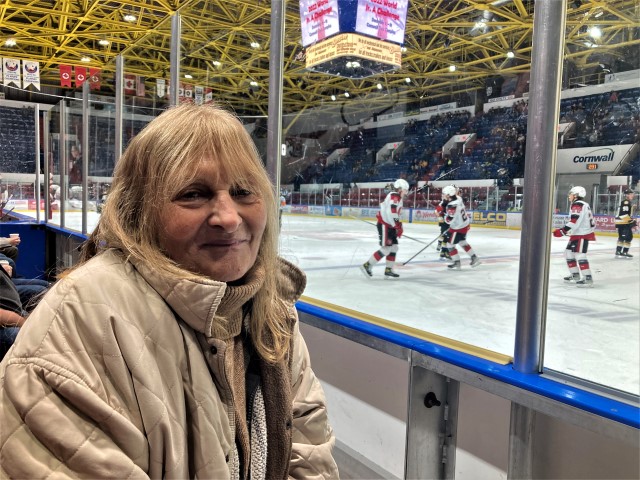 I think Lynn really enjoyed it