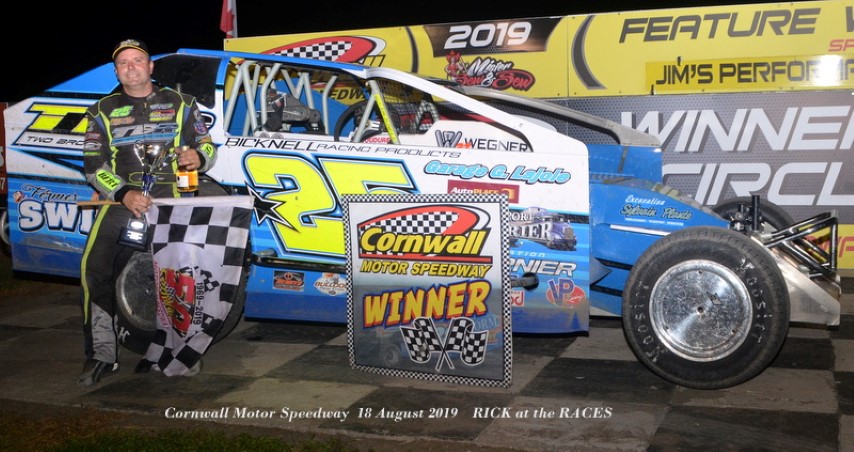 This weeks report starts , like my previous one, with a Tuesday 13 August trip to the Ottawa General Hospital . It was session number three of some Apheresis treatment regarding my Myasthenia Gravis condition. So this week will be another short report

With that over , it was time to relax around home and look forward to the busy weekend of racing ahead.

On Wednesday night I happened to be out in my car for a drive around town, when I noticed some interesting activity down by Cornwall’s waterfront. 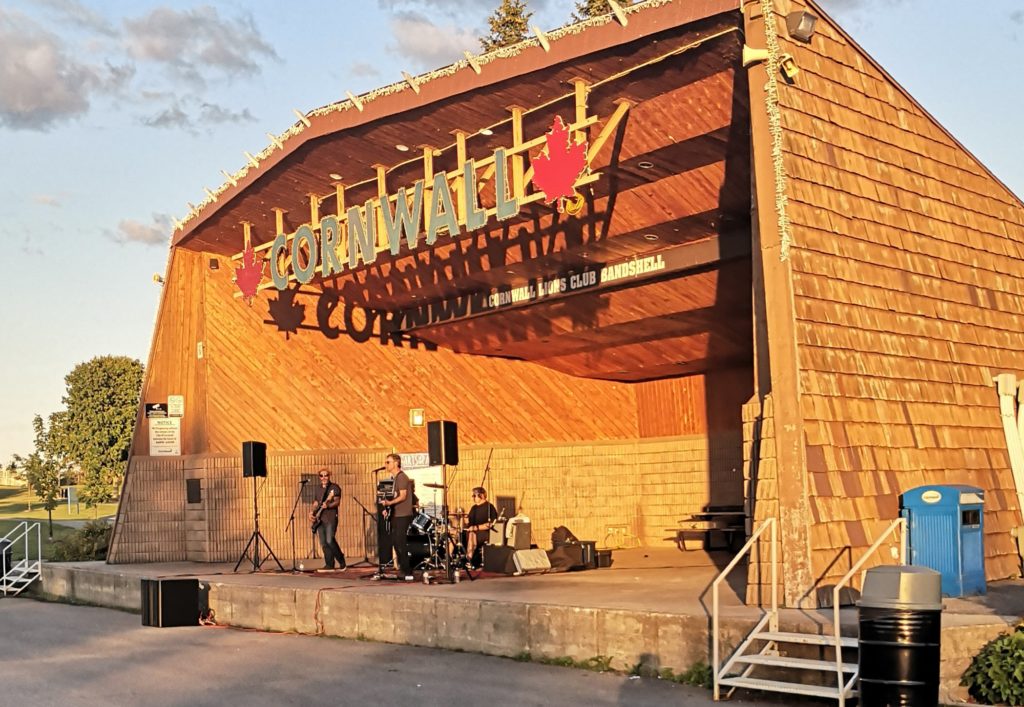 Music was playing from the band stand and a classic car show was taking place.

I had to go and take a look and it wasn’t long before I bumped into two friends from the racing world.

I got there nice and early and chatted with friends, Hilary Jacobs and Patrick Yeddo 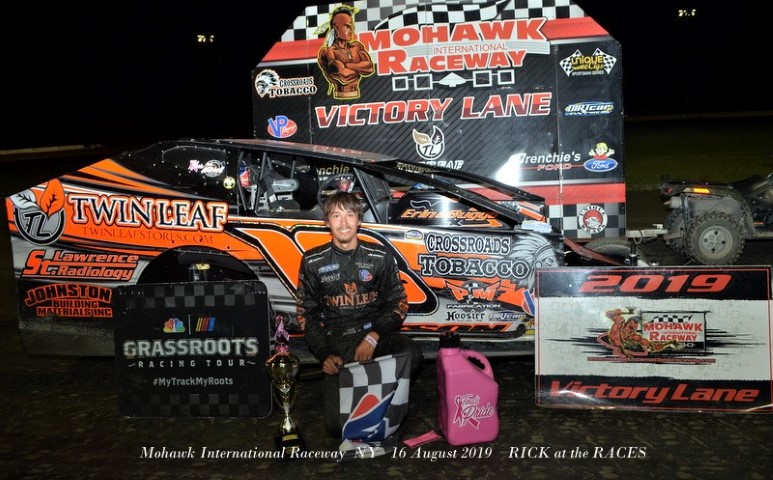 Big winners were Johnny Jackson in the Modifieds and Anthony Rasmussen in the Sportsman. 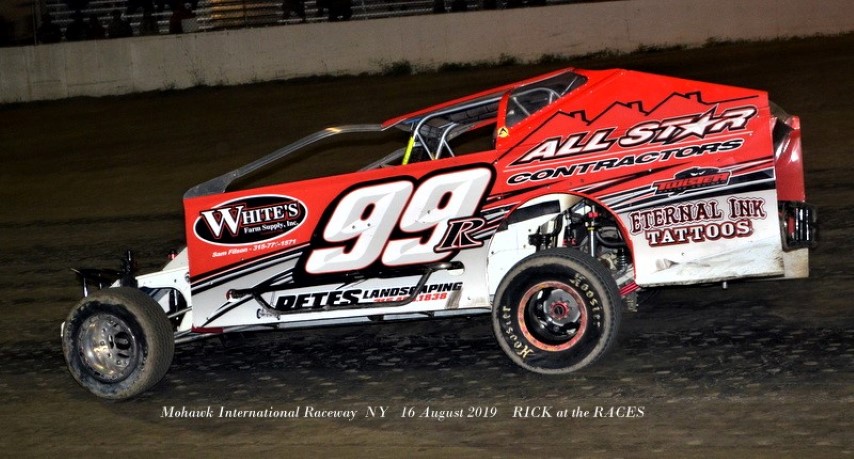 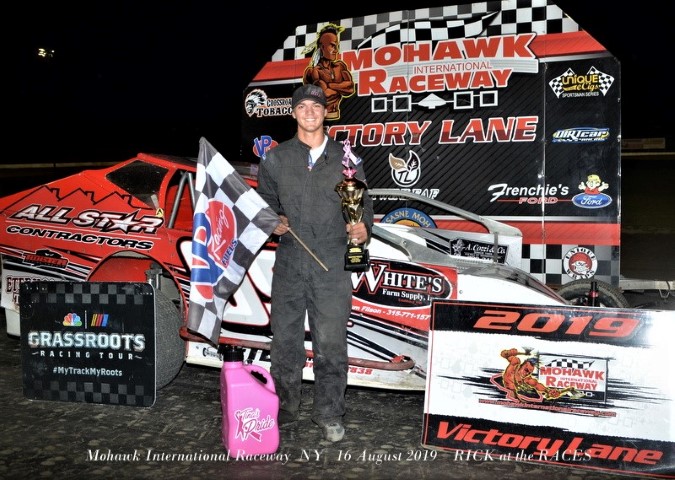 On Saturday many tracks were cancelling early due to rain, but my local Brockville Ontario Speedway was looking good.

I set off down Hwy 401 from Cornwall about 4-00 pm and was there in good time for a nap before things started.

It was a family affair that night for the Herbisons. 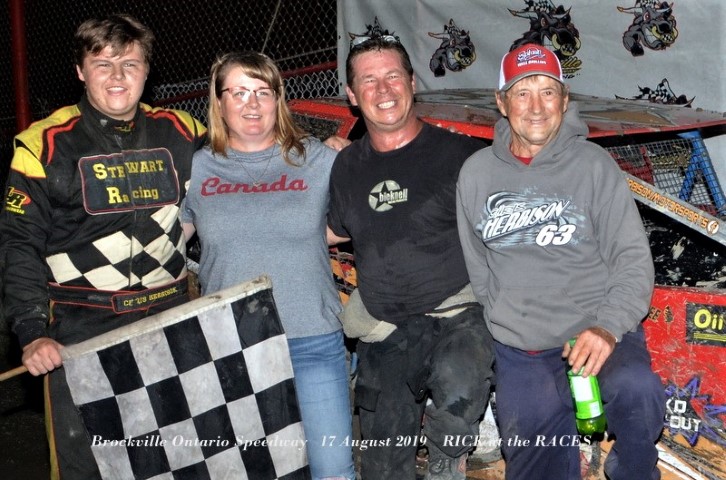 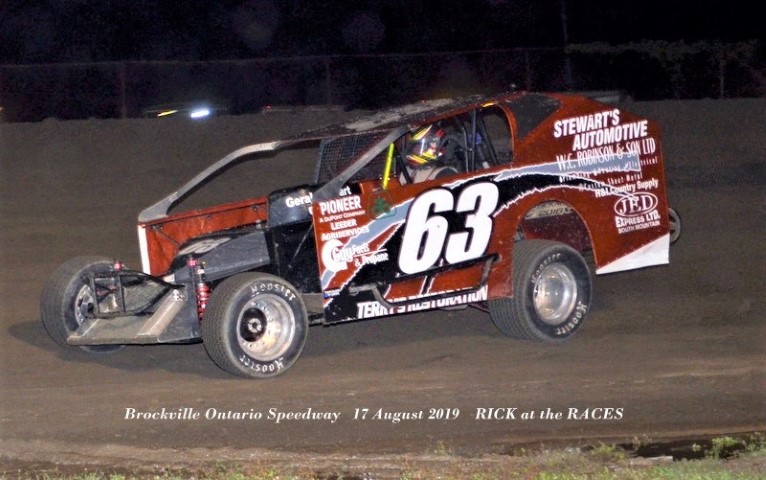 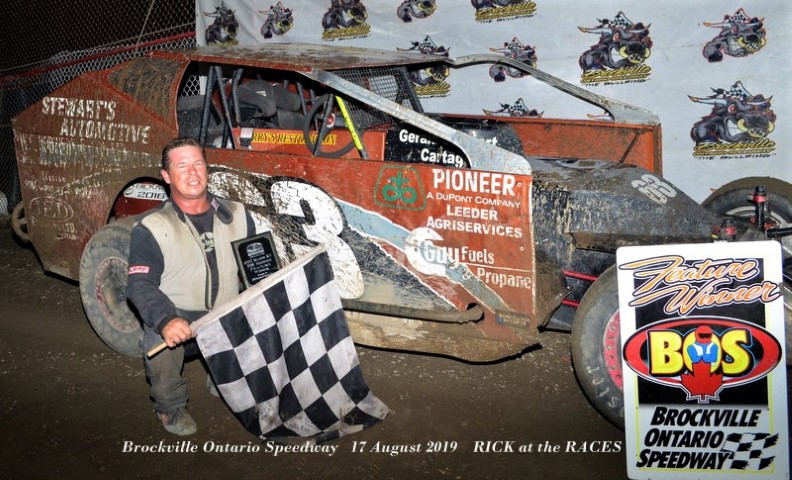 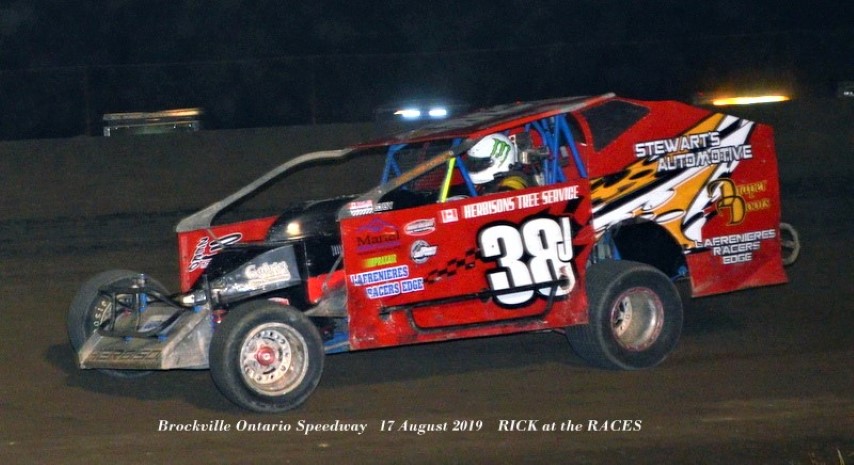 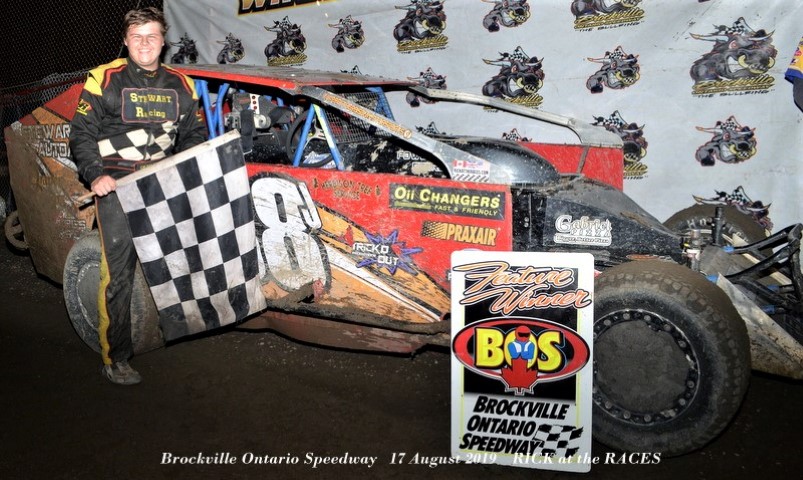 Chris won the Modified feature and his son Jarratt won the Sportsman event.

Sunday it was the turn of my local Cornwall Motor Speedway.

As usual the program consisted of all three of the regular DirtCar divisions, 358 Mods, Sportsman and Pro Stocks. 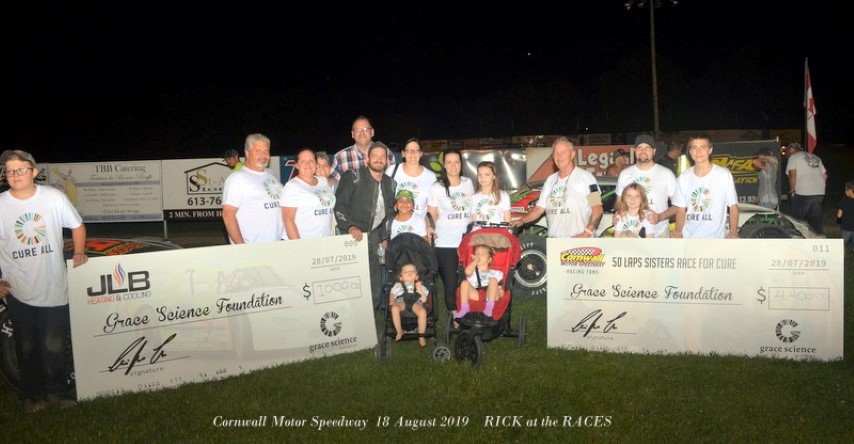 The Pro Stocks were competing in a 50 lapper as fund raiser for the Grace Science Foundation.

C.d Beauchamp won this one . 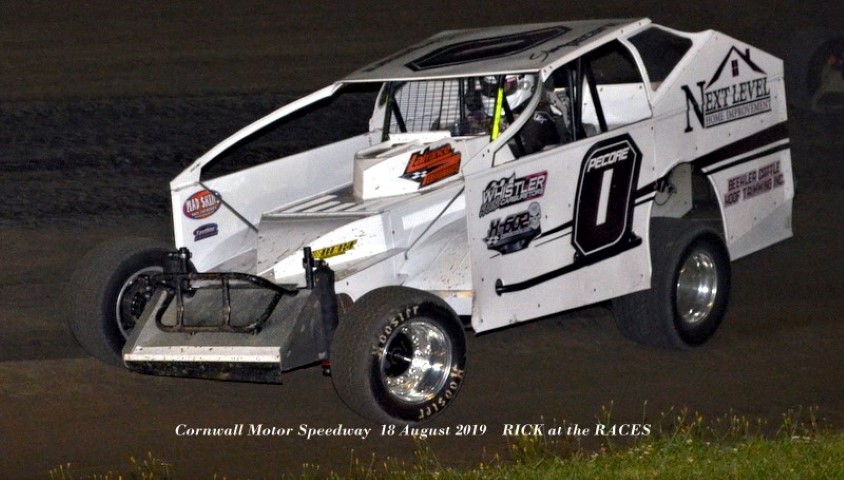 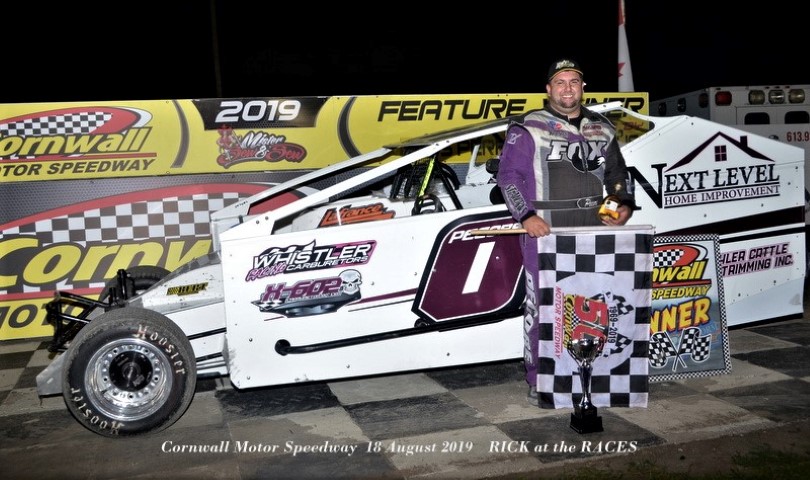 In the Modifieds, Steve Bernier got his second consecutive win. 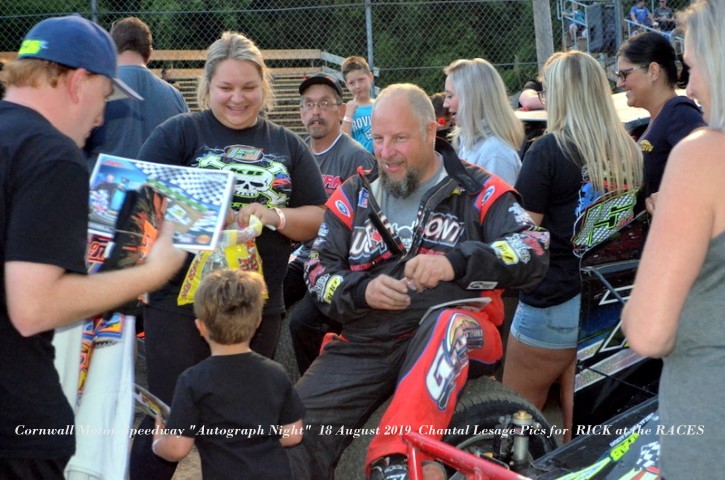 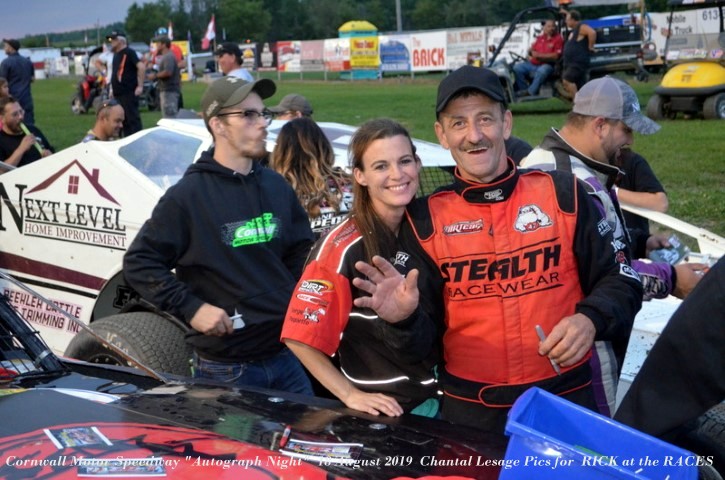 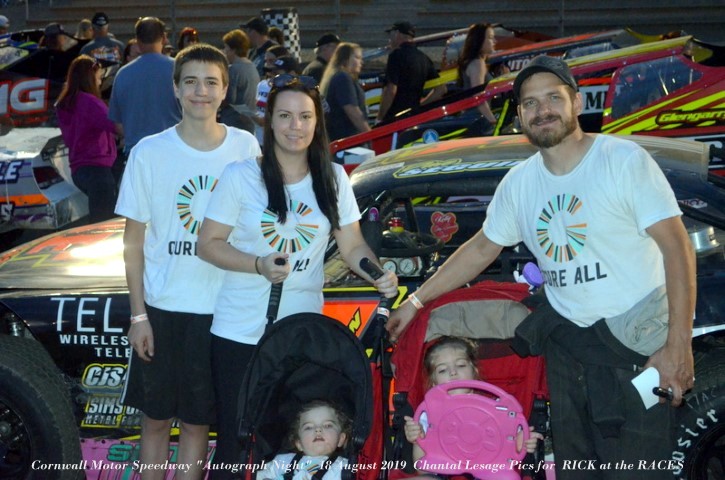 It also happened to be Autograph Night, so once again, my good friend Chantal Lesage took my camera among the fans to get some pics,