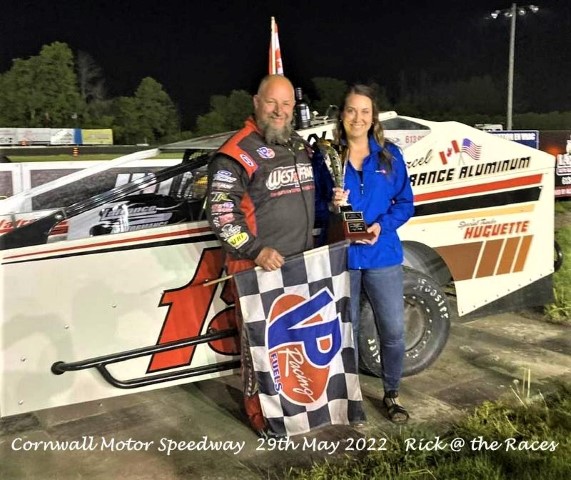 After getting home to Canada on Friday the 20th of May from my European tour, it looked like a busy time ahead. It was the start of the Victoria Day Long Weekend , with four days of  local racing on the schedule.

My plane landed in Montreal at 2-30 pm and originally I had some over-optimistic ideas of going to the Mohawk International Raceway or Autodrome Granby that evening.

With the six hours time difference between Amsterdam and Montreal , jet-lag played its part,  and I never went to either of them.

On Saturday, I was fully rested and went to the Brockville Ontario Speedway for a regular show.

On arrival , I had my usual wander around the pits and chatted with John Mulder and his son Madison. 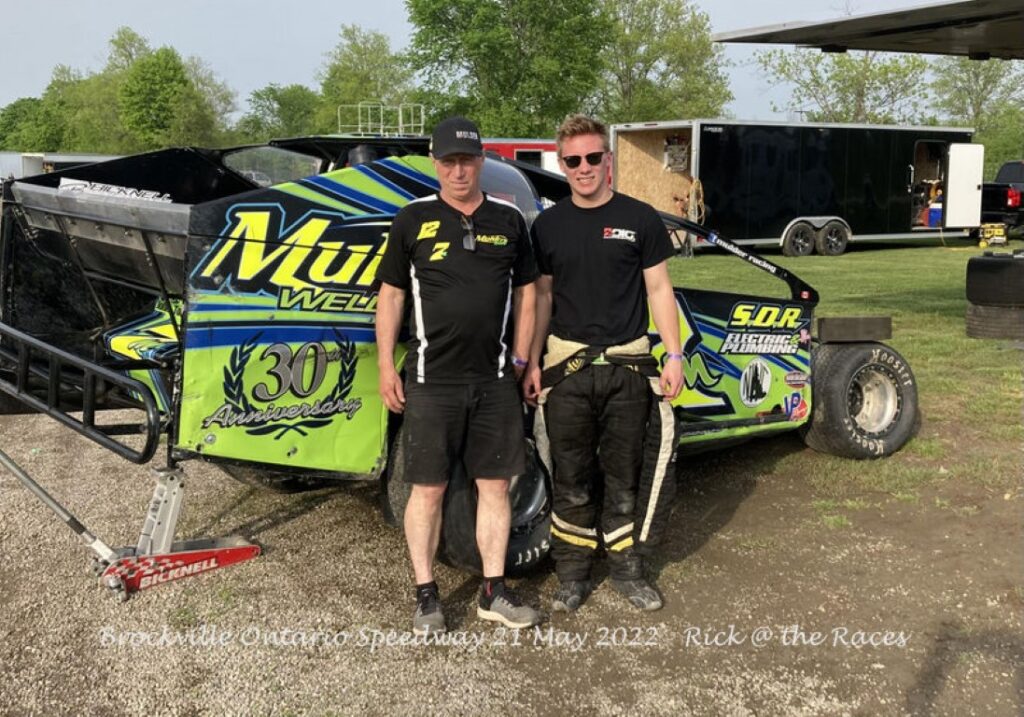 John’s been around for a long time, and like so many people in the Brockville area, is of Dutch descent. We got talking about my trip, and coincidentally his family were originally from Sneek, in Friesland where I was visiting my friends, the Boschmas, last week. 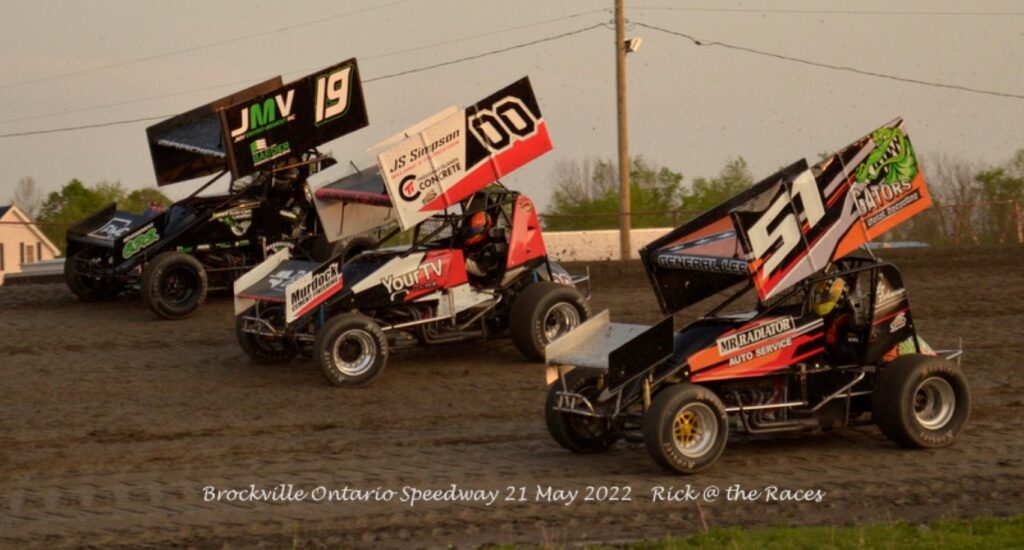 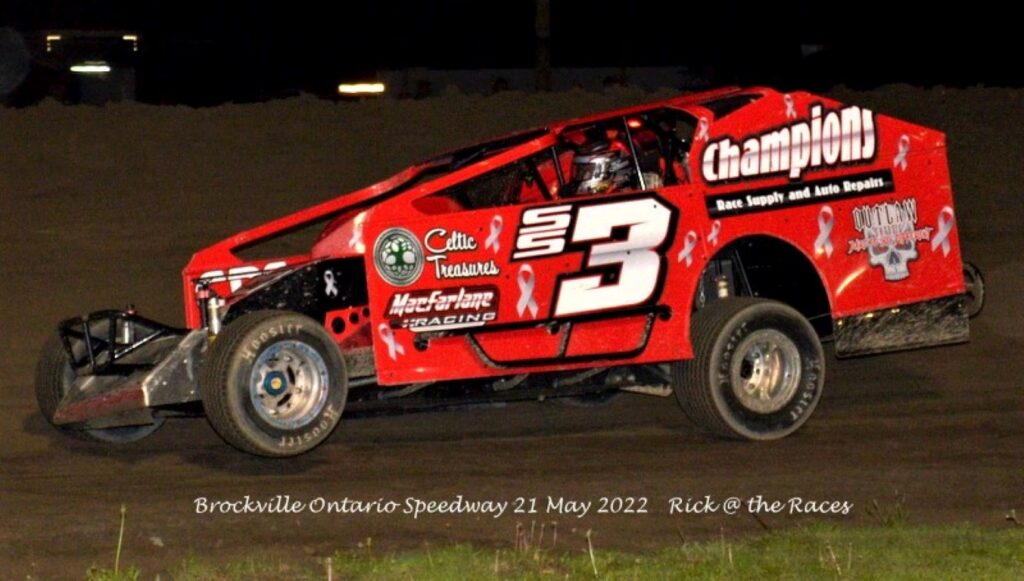 There was a serious threat of rain all night, so a decision was made to cancel the Victory Lane celebrations.

It’s always sad when this happens, as drivers miss out on those precious pictures to show there sponsors. On the few occasions when this does happen , some tracks choose to do all the presentations at the end of the night, but this doesn’t work out good either. By this time the drivers are out of their race suits, all the excitement is gone, with no flag waving from the roofs.

Oh well, I understand Victory Lane pics take time and some times they need to be cancelled, but it’s still a shame when this happens. 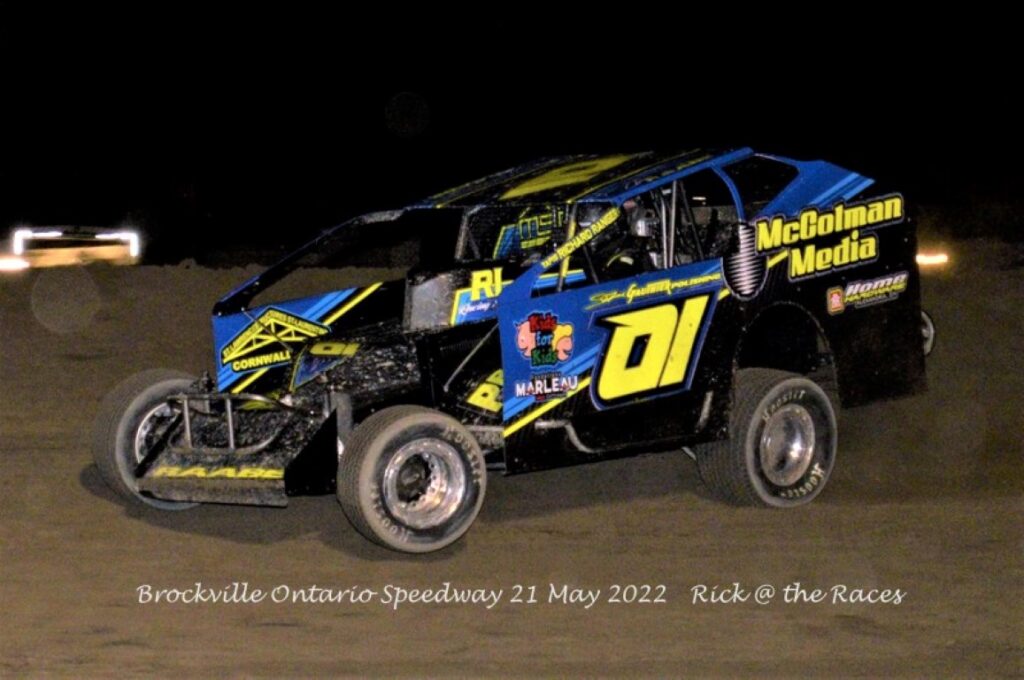 The Brockville area managed to miss the storms and tornados that hit much of Ontario , but the weather forecast for Sunday night at the Cornwall Motor Speedway looked very grim. On and off rain was expected for most of the day. Like many others I was at the track at 7-15 pm when the inevitable cancelation was made.

At least I was able to see the Spanish Grand Prix live on TV that morning. Max Verstappen in the Red Bull took the win.

On the Holiday Monday, I was back at Brockville for the re-run of the Fall Nationals which got rained out in October of last year.

It was good to see my friend Dean Reynolds of DirtCar in attendance. 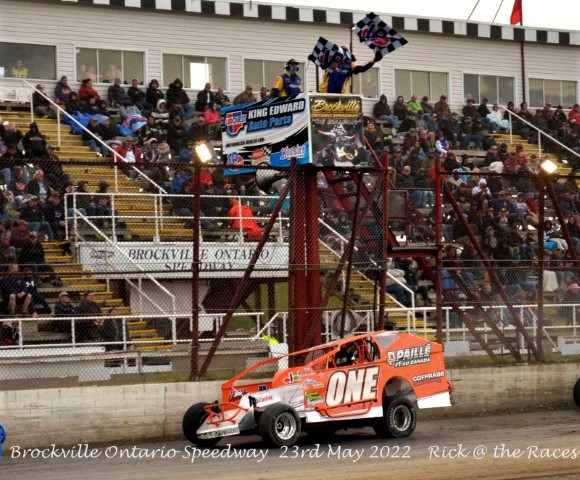 David Hebert took the checkers in the big one for the Modifieds and Jessica Power won the Sportsman race. 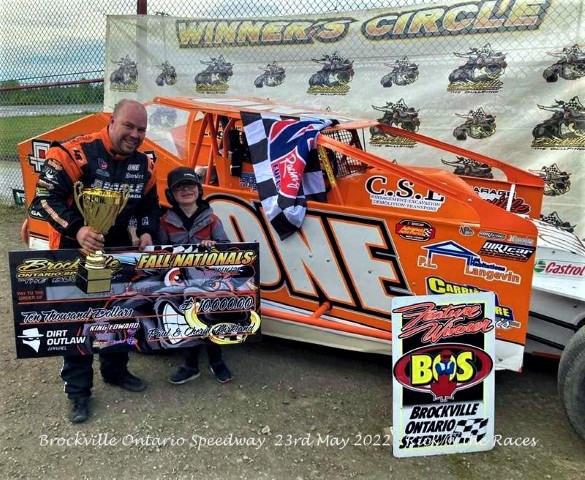 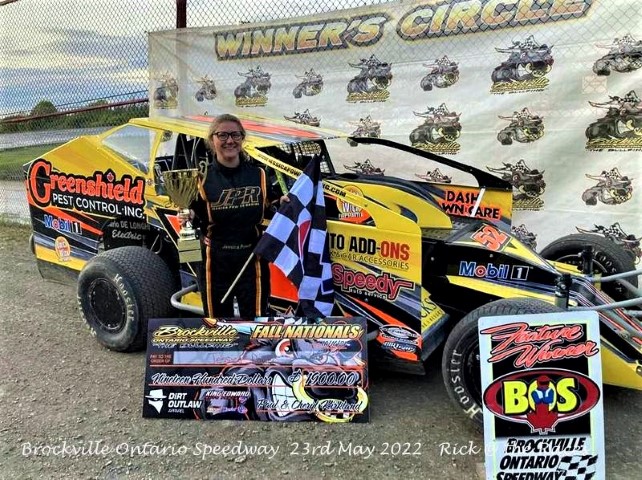 On Tuesday the 24th of May, It was opening night for the kids Karting at the Cornwall Speedway. 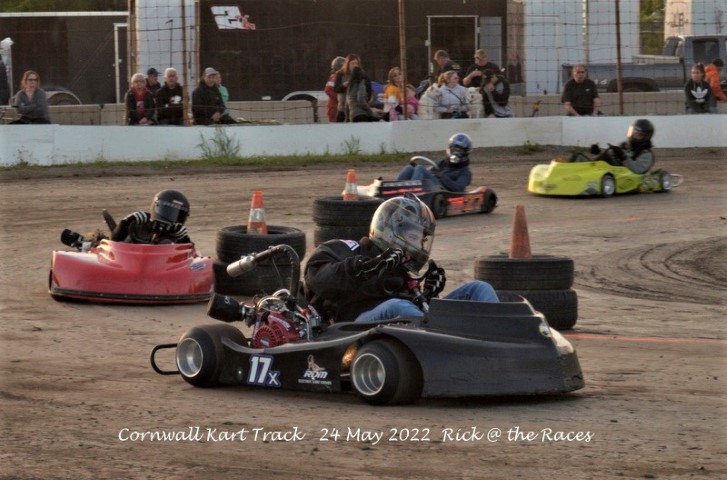 I drove the short distance across town to take a look.

On Friday the 7th of May , I had plans to make my first visit of the year to the Mohawk International Raceway , which is less than a mile from my house, but on the other side of the St Lawrence River. Heavy rain all over the North East caused most tracks to cancel, so it was an evening at home for me..

Many Saturday tracks had to cancel too, but my local Airborne Speedway at Plattsburgh , NY was a survivor. I got a ride there with Don Simpson. 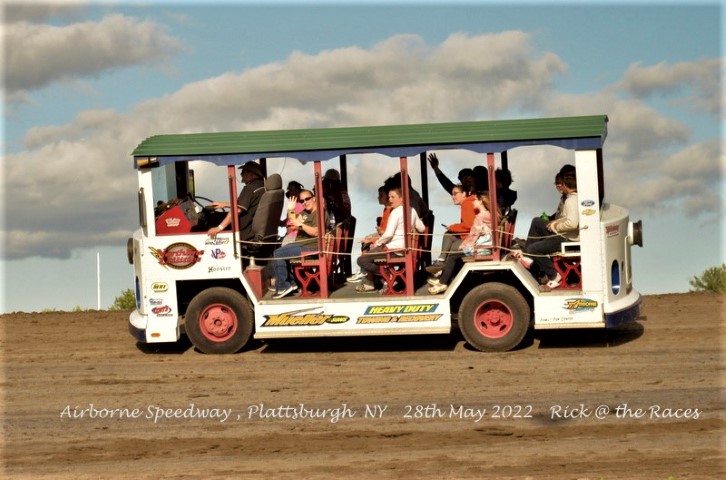 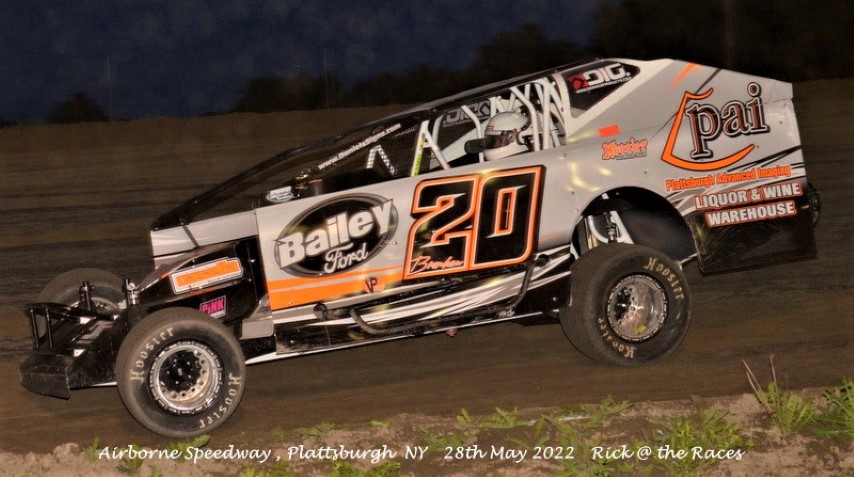 As usual , it was a slick presentation with no unnecessary delays 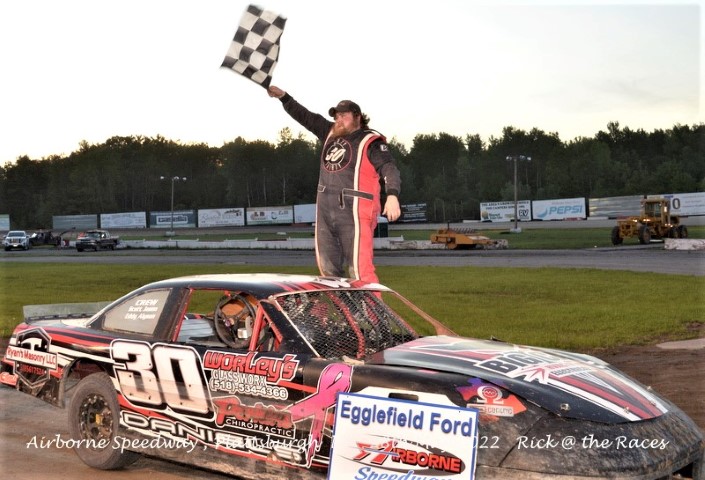 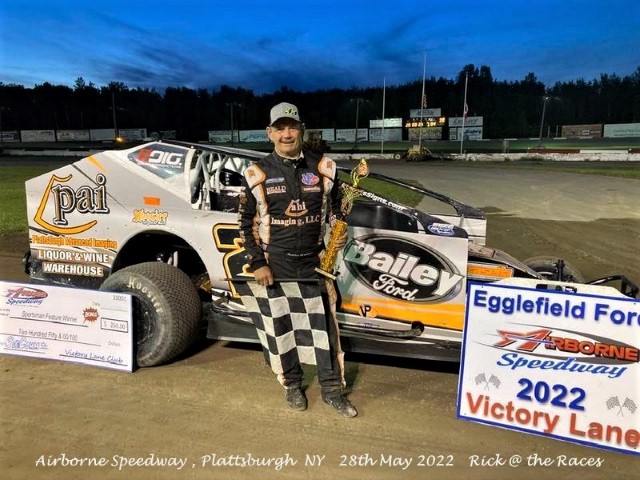 We saw Zach Daniels take the first of the two Renegade features and Bucko Branham win the Sportsman Feature before getting on our way back to Canada.

Sunday Morning I was up at 9-00am to watch the Monaco Grand Prix live on TV. After a delayed start due to an unexpected rain shower, Sergio Perez in the Red Bull won a thrilling end to the race.

In the evening ,  the sun was shining at last,  for the Cornwall Motor Speedway, on its third attempt to get the season under way.

On my pit walk, I came across a long distance visitor.

Marshall Hurd had travelled up from Binghamton NY to be with us. 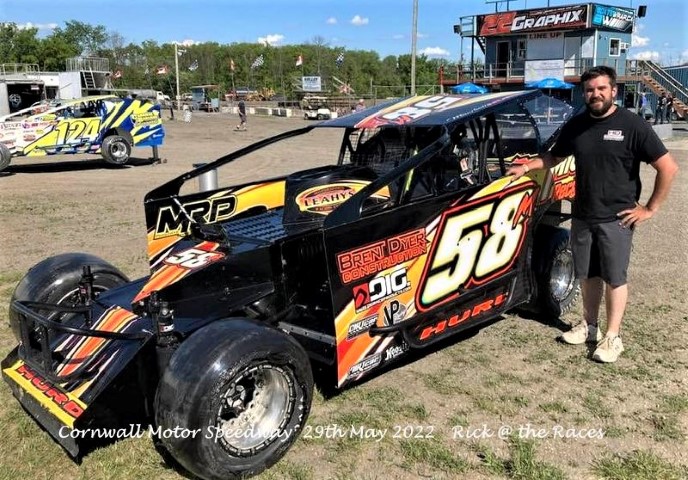 Another driver from across the border was long time  Pro Stock racer Kevin Fetterley Jnr from Massena NY .

Earlier in the year our local racing fraternity lost one of its legends. Dirt Hall of Famer , Marcel Lafrance.

The main event this week was the Marcel Lafrance Memorial race for the Modifieds. 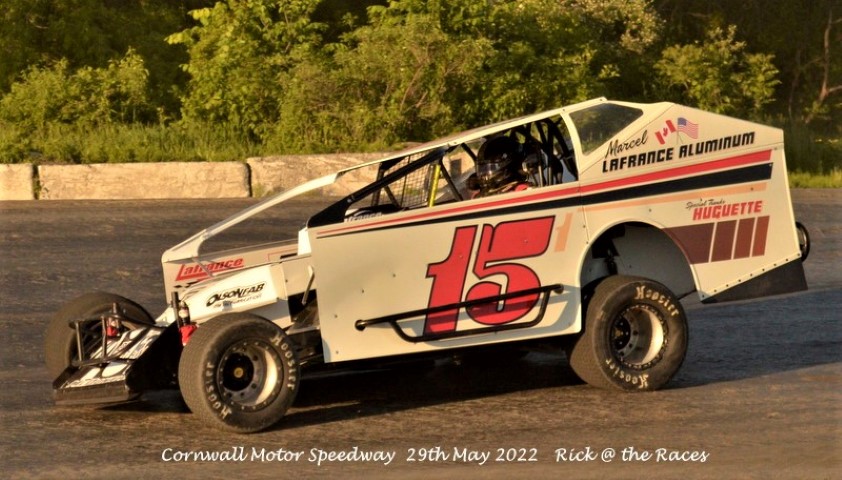 Cornwall driver Brian McDonald had panels made for his car as a  tribute to the man.

There was a great turn out of Mini-Stocks which included ‘Dent Man’ Dave Watchorn in the same old Toyota he has campaigned for over twenty seasons. 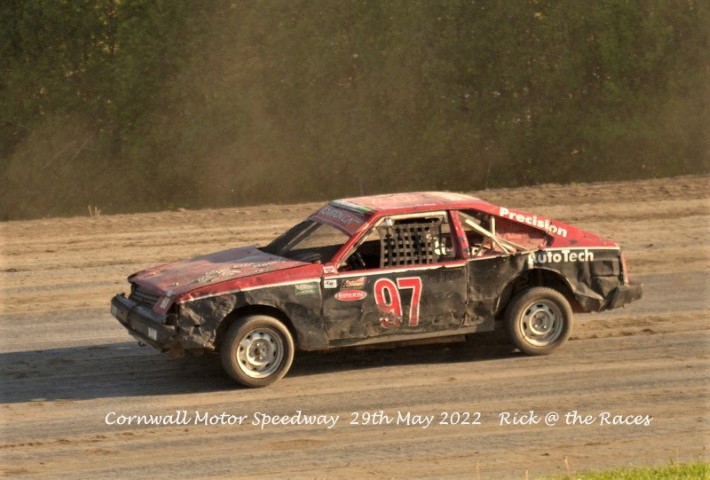 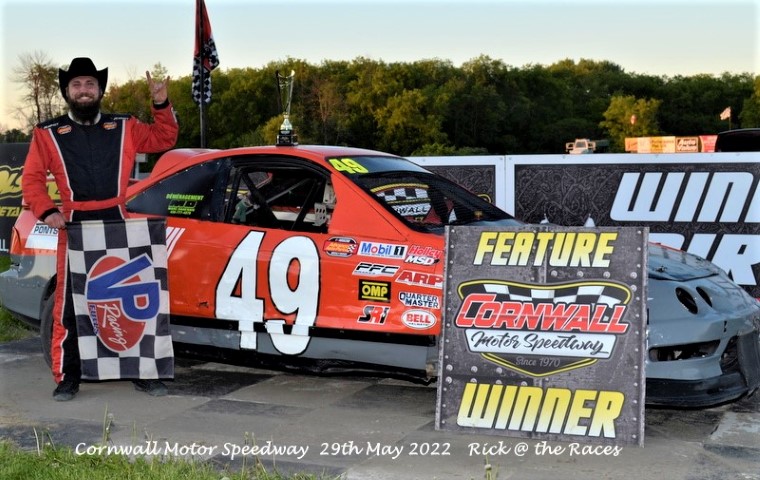 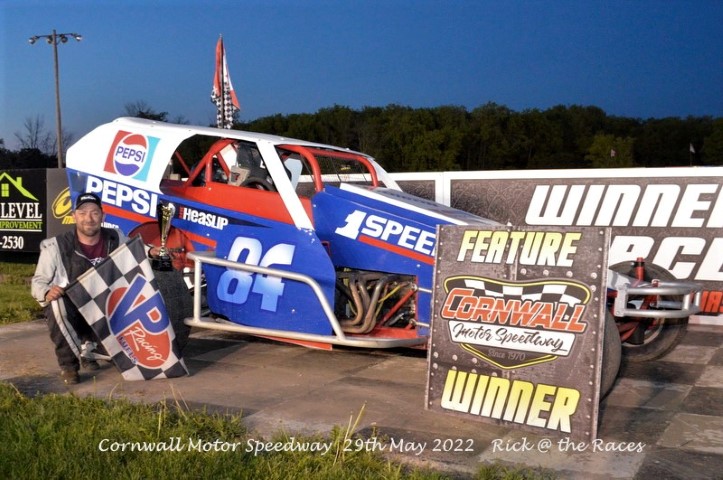 The Vintage Modifieds were an addition to the program, and it was Steve Billings who won this in his Dave Heaslip replica.

The Marcel Lafrance  Memorial modified feature was up next , and I have to admit it was done in way I didn’t like (or understand ! )

It was a 45 lapper that ran in three stages. After each 15 laps it was brought to a caution while a redraw for grid positions were made.  It was very odd thing to do (and in my opinion) spoiled what could of been a great 45 lap race. 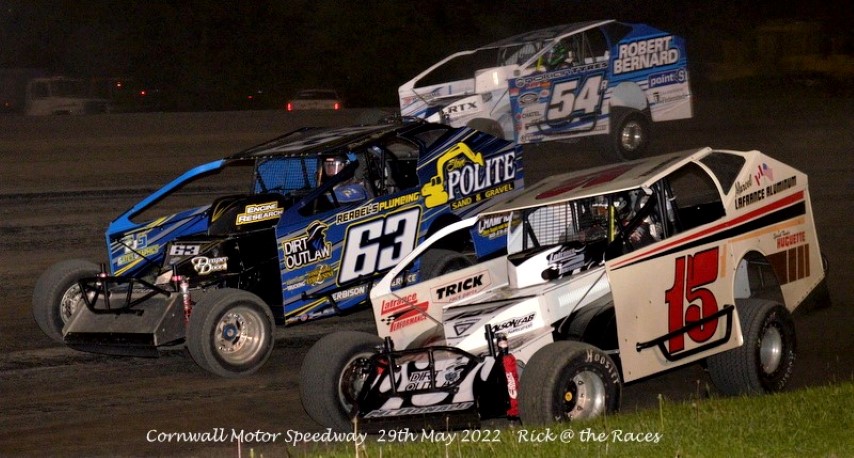 The last laps, however , did turn out to be a nail biter with Luke Whitteker and Brian McDonald fighting it out to the last lap. 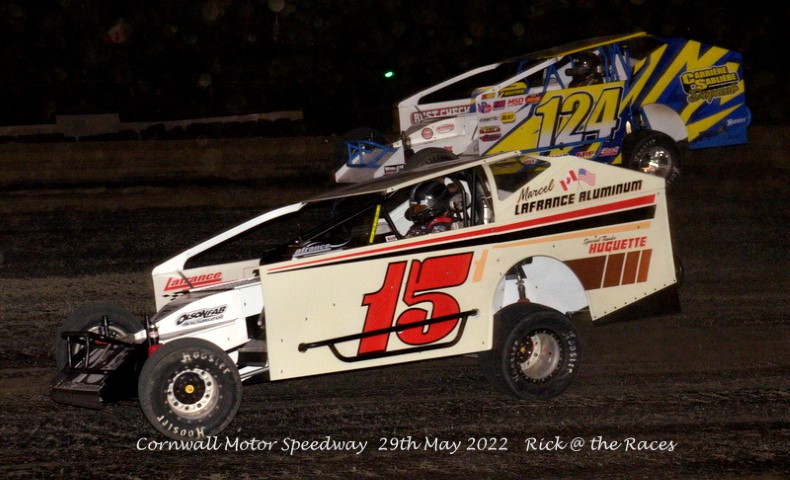 It turned out to be a fairy tale ending , with the ‘tribute car’ taking the checkers. 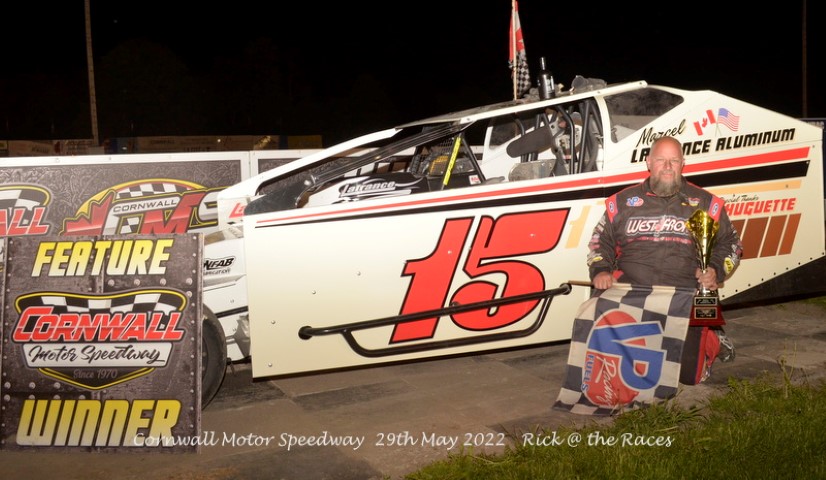 I must say , it was great to see Hugh Primeau back on the mike after an absence of a few years. 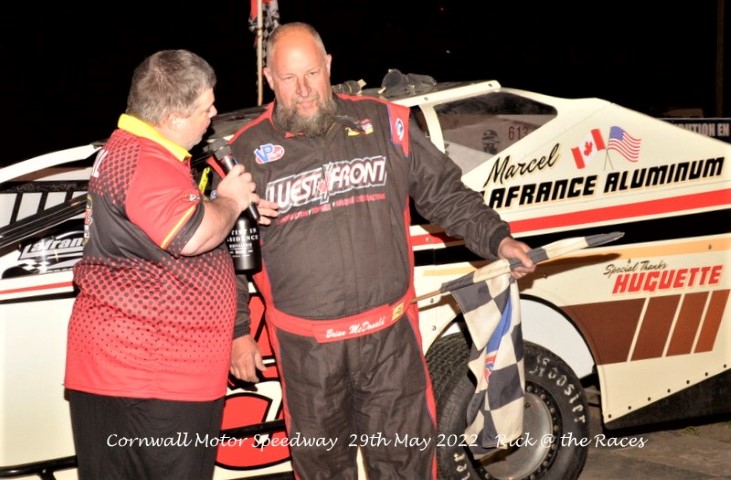 The next race was the Sportsman Feature . 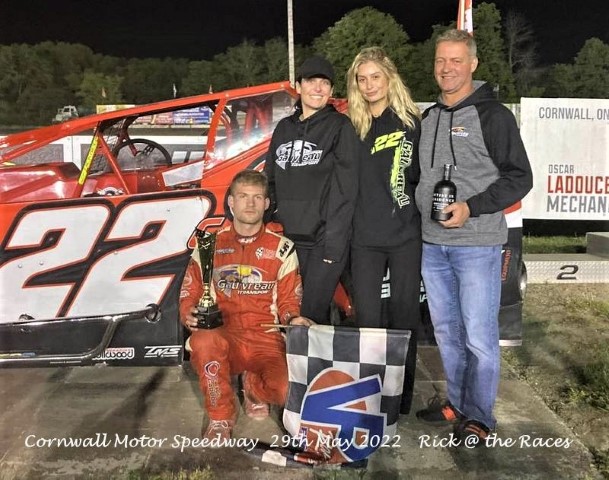 This gave a popular win to Cedric Gauvreau.

The last race of the night was for the Pro Stocks.

We had a good turnout of 19 Pro Stocks and the feature was just as exciting as the Modifieds. 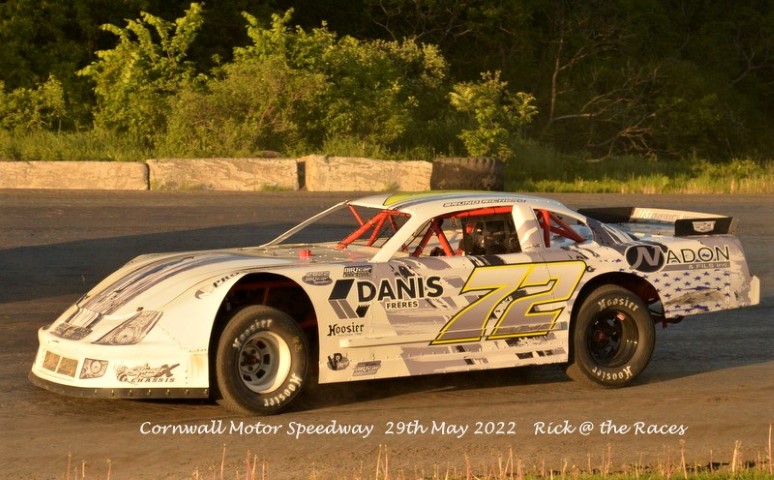 Bruno Cyr and Bruno Richard gave us some side by side action right to the flag , with Richard clinching the win by less than half a car length. 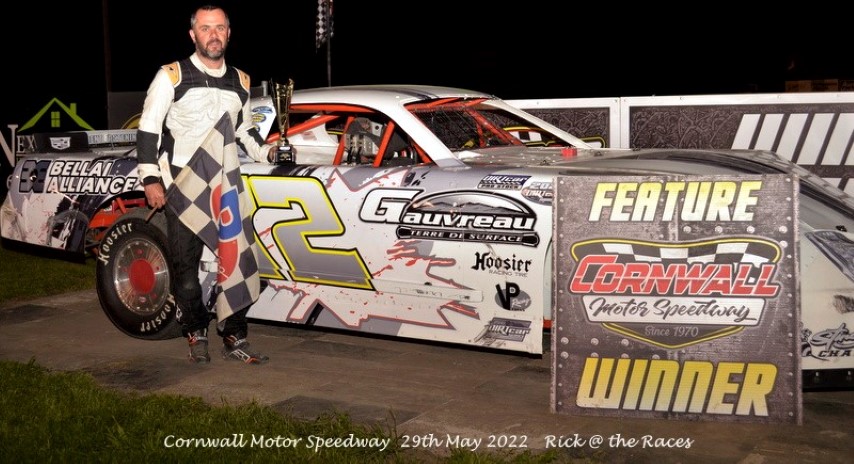 To end the month , on Tuesday the 31st of May I went along to the second night of the 2020 season at the Cornwall Kart Track. 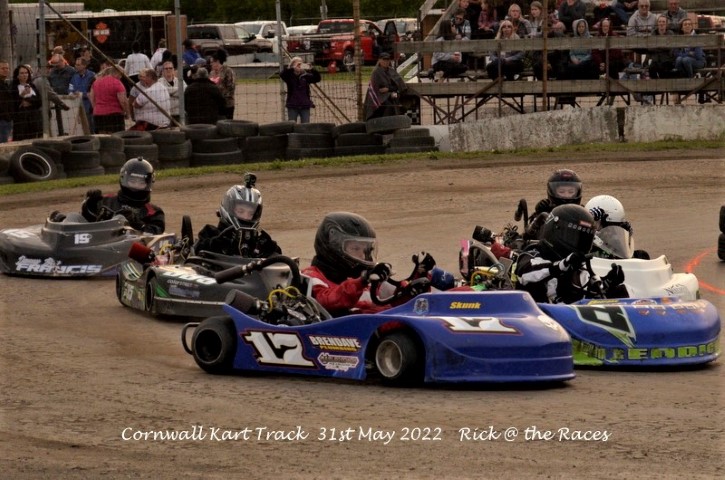 Another great night for the youngsters.