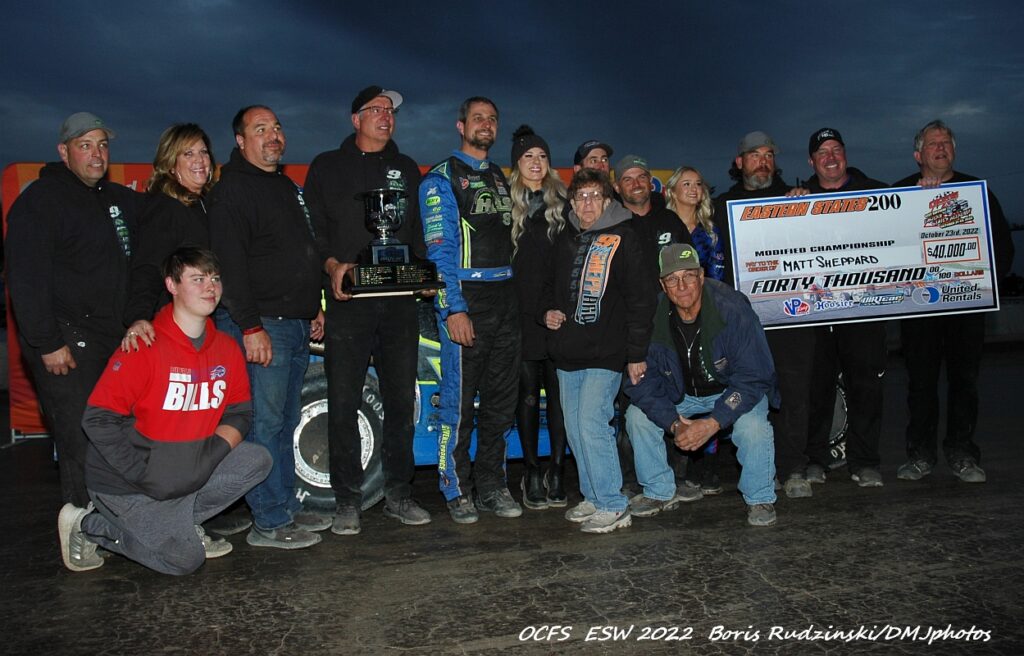 Not much too report this week, so this will be a short one.

Now the racing season in my area has come to end , any events left to run will involve a bit of traveling .

Quite often at this time of the year  my destination is the Orange County Fair Speedway, Middletown , NY.  for the Eastern States Weekend . It’s a great show , that over the years has built up a reputation second only to SUPER DIRT WEEK.

In the past it was the traditional final points races for most of the DirtCar divisions, but now a days this honor has gone to other tracks.

Back then it was a fun weekend that attracted many fans and  race teams from Canada.

Maybe it’s not such a high profile event as it used to be, but it’s still one of the best shows on the Dirt racing calendar .

I thought about going this past weekend, but reluctantly decided against it. As usual I’m pretty burned out at this time of year , after a busy 2022 agenda. The ‘old body’ just ain’t got the energy it used to have.

I’ve made some big plans for this coming week so gave this years ESW  a miss.

I also had a last minute thought about heading to the Five Mile Point Speedway NY on Saturday but this was also shelved , The problem with me is, my brain  thinks I’m twenty years younger than what I actually am.

I’ve had a lot of fun at the ESW since my first visit over 20 years ago and made a lot of friends down there.

Of course, the track ‘togs’, such as, Boris Rudzinski who I have to thank for the two Victory Lane pictures.

On Saturday it was Australian, Peter Britten who took the honors in the 100 lap 358 Modified race. 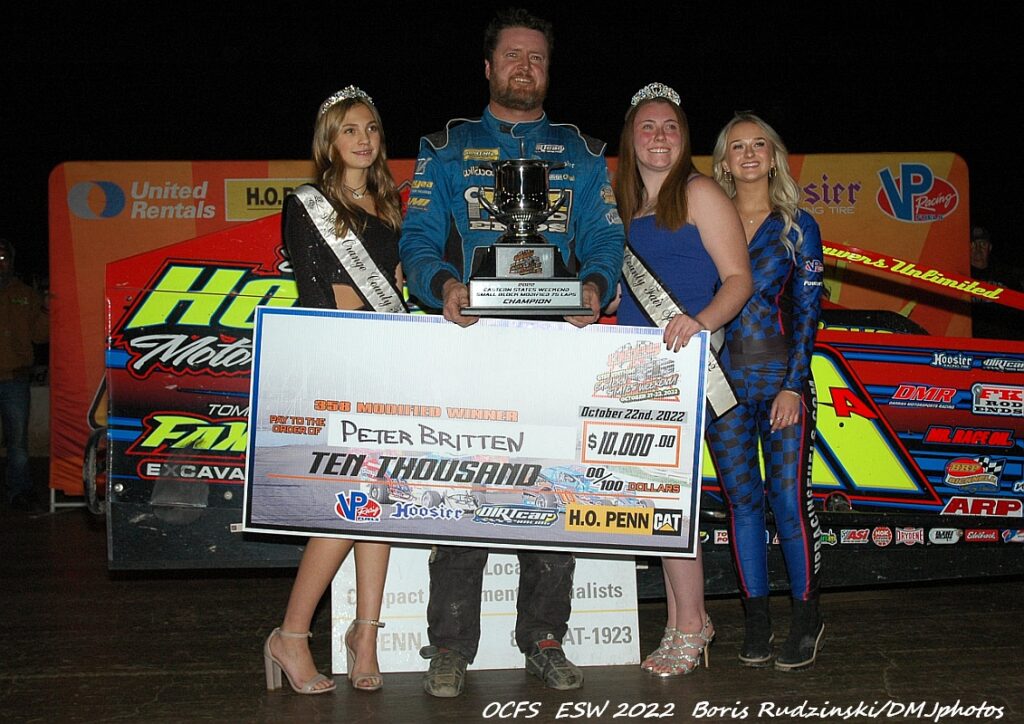 Then on Sunday it was the 200 lap race for Big Block Modifieds.

I followed this one on ‘Race Monitor’ as Matt Sheppard went on to take another win.

At the same time I was following this race on my lap top,  I also had my TV on , watching the USA F1 Grand Prix live from Austin ,

What a great race this was, with excitement right up to the last lap.