It’s that time of the year, when not much is happening in the North East, and we wait for the dirt racing season to get under way. That’s why this report is covering two weeks instead of one.

Since my last report on March 10th, it’s been very quiet, with most of  my time spent watching hockey, and just a  few racing activities on my agenda.

On Thursday March 14th , I joined my buddies at the local Cornwall Civic Complex, to watch the hockey game between the Colts and Rockland.

Saturday night was spent on the couch at home watching the Ottawa Senators walk all over the Toronto Maple Leafs in the ‘battle of Ontario’ on TV.   That was sweet to watch .

It turned out to be a very late night (early morning) of TV viewing, with the Australian Grand Prix taking place live at 1-15 am Eastern Time.

It was the opening race of the 2019 F1 Grand Prix season.

The race wasn’t the most exciting races I’ve seen, but I’ll take it !  its been a long winter without racing !

The winner was Valtteri Bottas with Mercedes team mate Lewis Hamilton coming home as runner up. Completing the podium was Dutchman,  Max Verstappen in the Red Bull.

While I’d been laying cozy on the couch the first Short Track Super Series race for Dirt Modifieds was taking place down at the Georgetown Speedway, in Delaware. That was a little bit out of my reach at this time of the year, so had to rely on social media, to find the news that Stewart Friesen  had clinched this one.

The following week was again quiet ,  until Thursday , when I joined my buddies once again for another hockey game.

The local Colts team were done for the year, so we took a ride in Ron Morins big Lincoln, to the JR Brisson Complex in Casselman to watch the Casselman Vikings play the Ottawa Canadiens.

The Vikings team is owned by my friend, Raymond Lavergne, who also owns the Cornwall Motor Speedway.

On Friday morning I was awake bright and early for a drive into Ottawa .

At 10-00 am this years  Ottawa – Gatineau Auto Show was opening up at the Shaw Center.

I was there as the doors opened and was one of the first to enter. 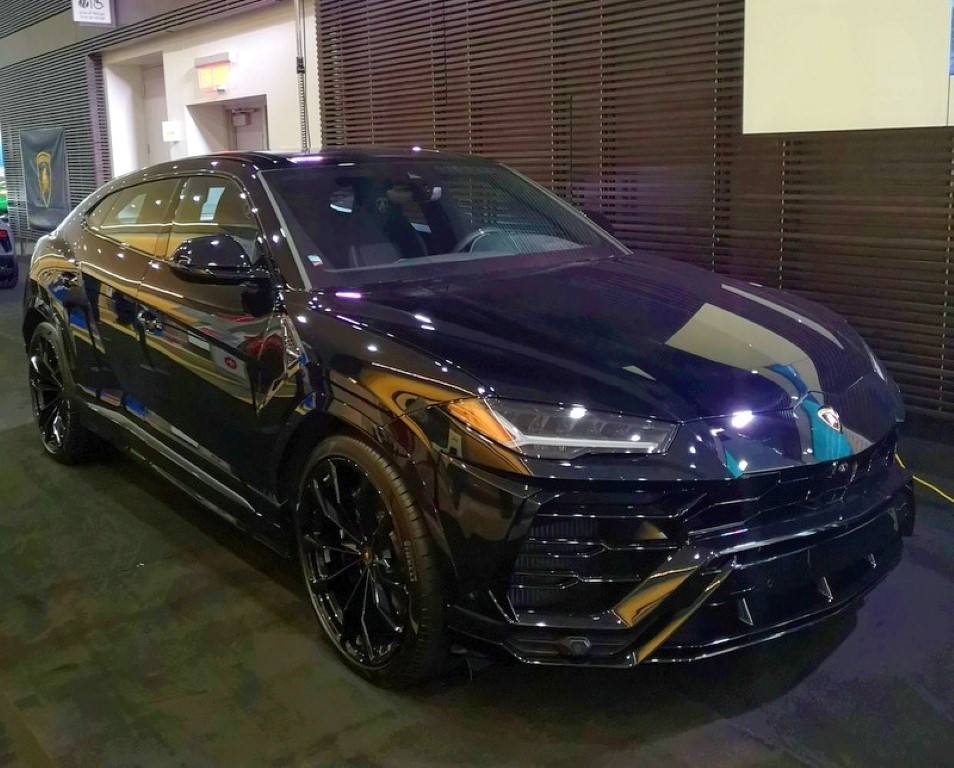 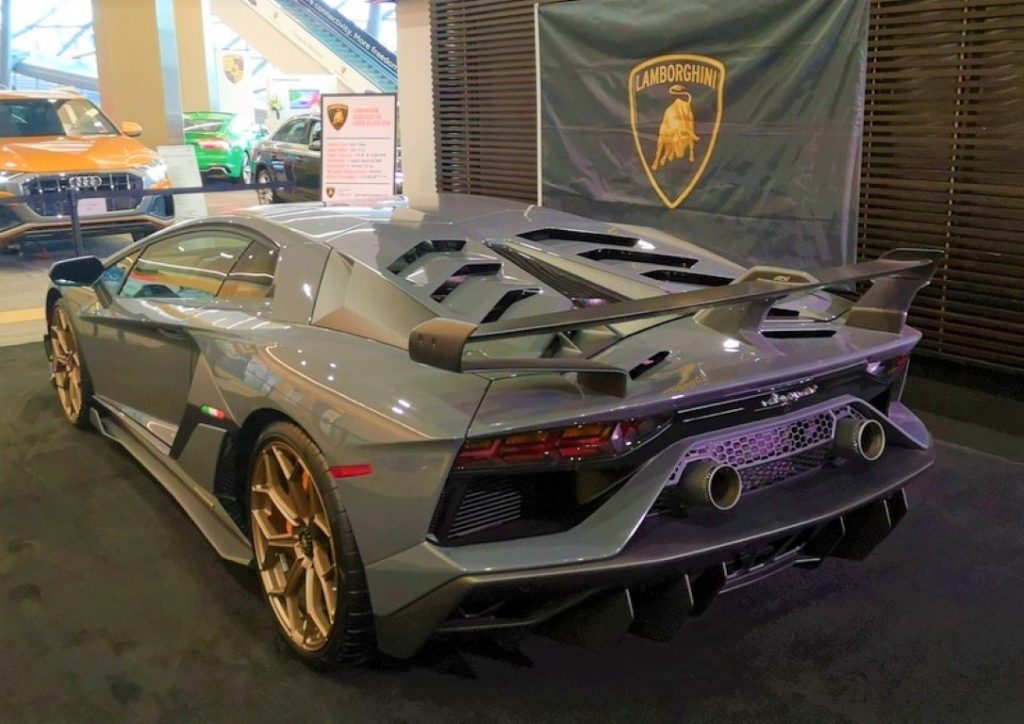 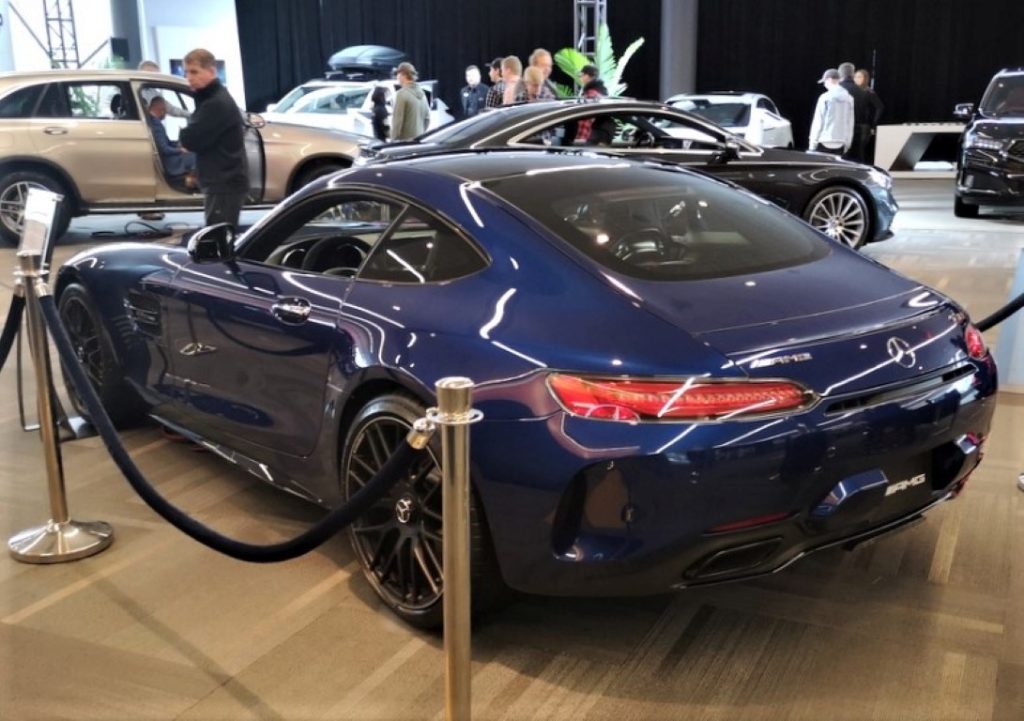 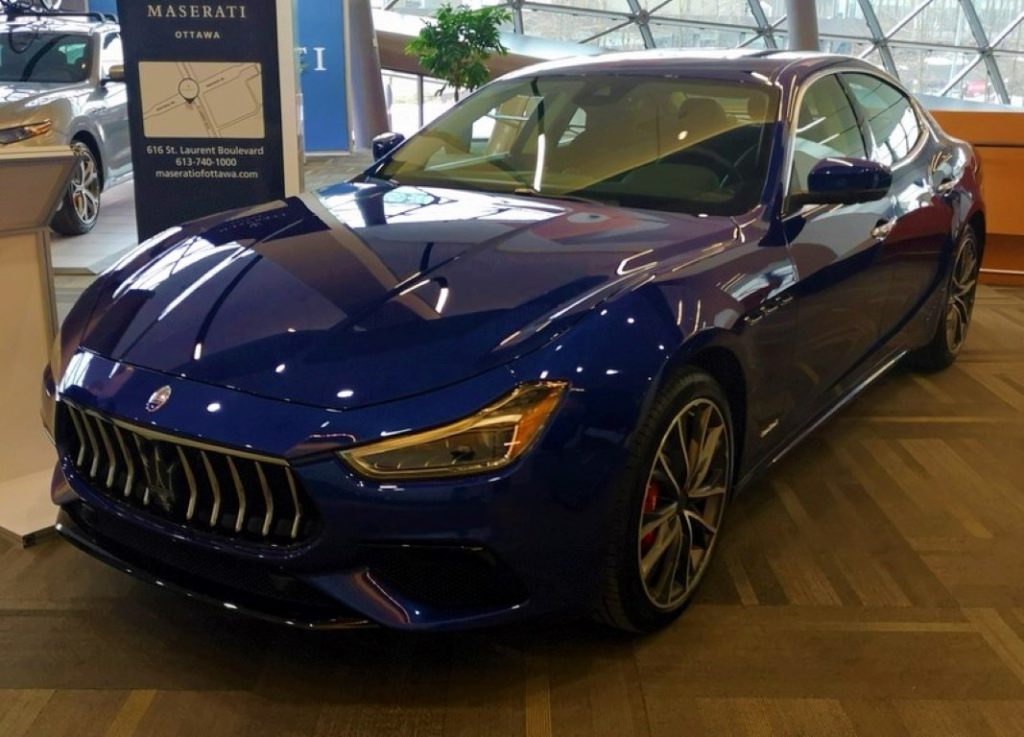 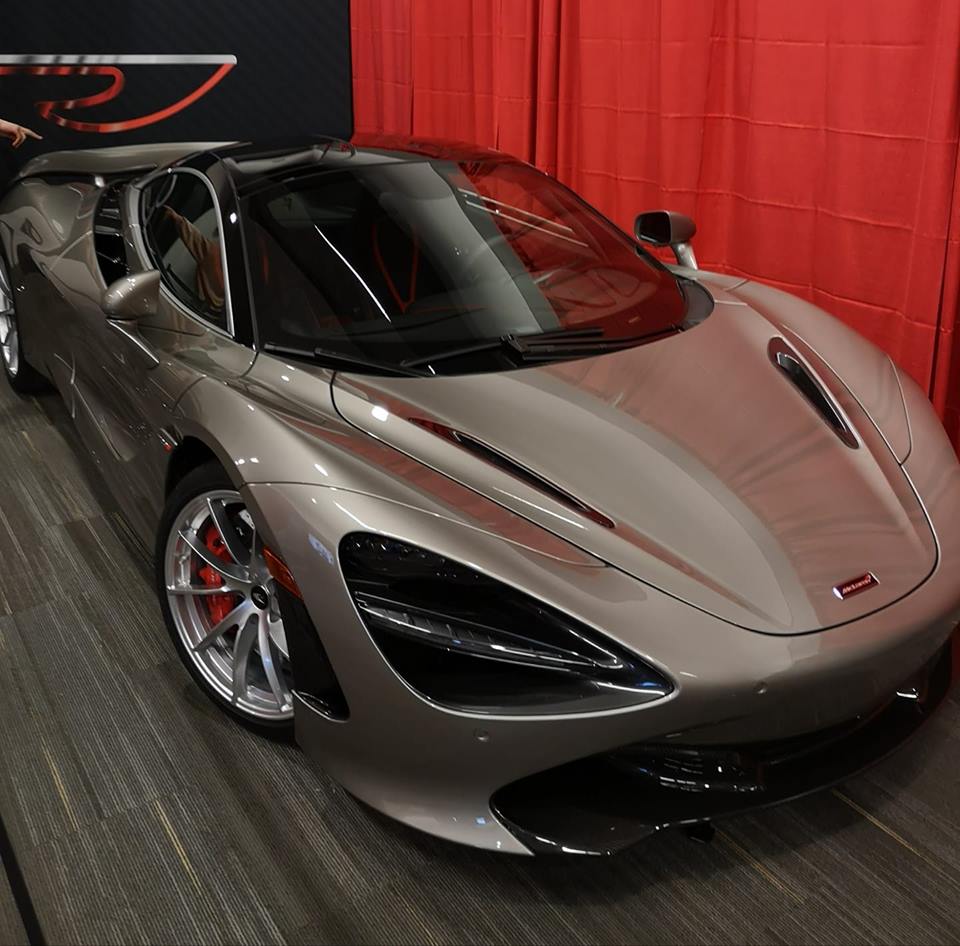 There were lots of luxury cars on show including the Lamborghini SUV and a McClaren which was my personal favorite. 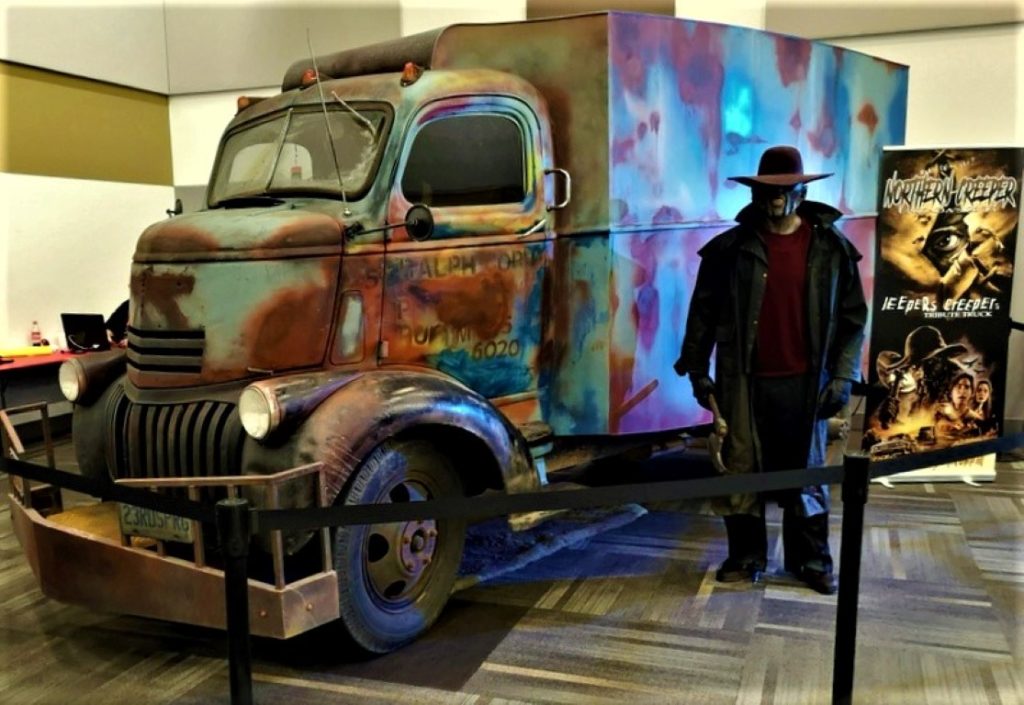 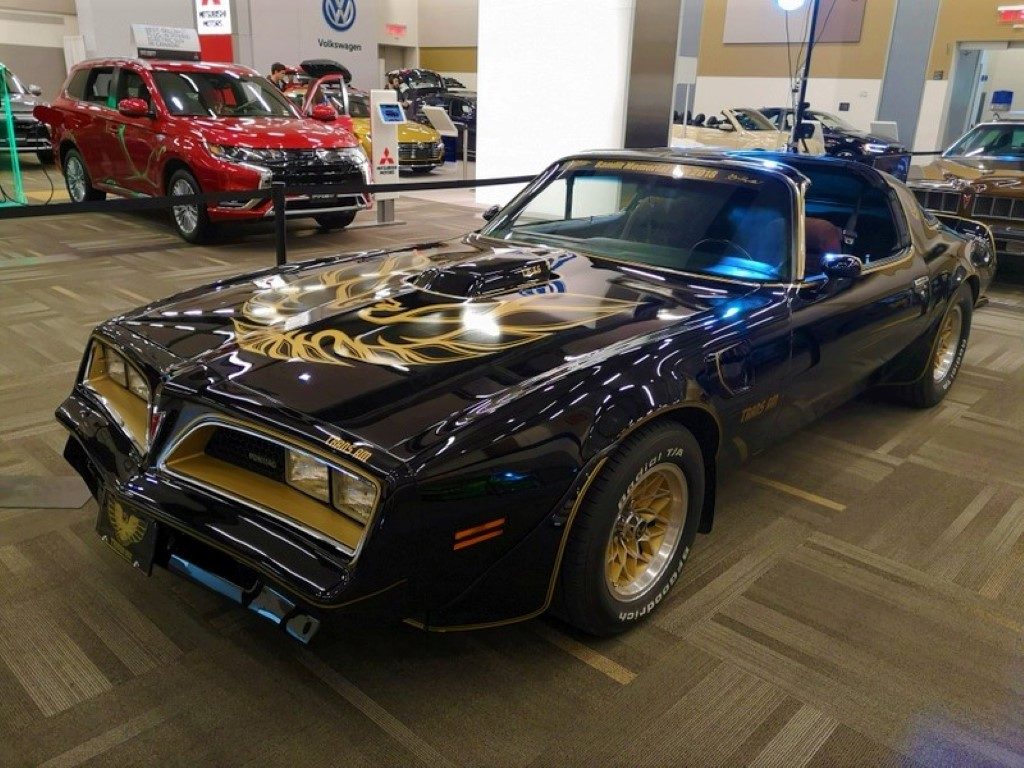 As well as the latest models from the top makers, there was also an exhibit of Hollywood cars . 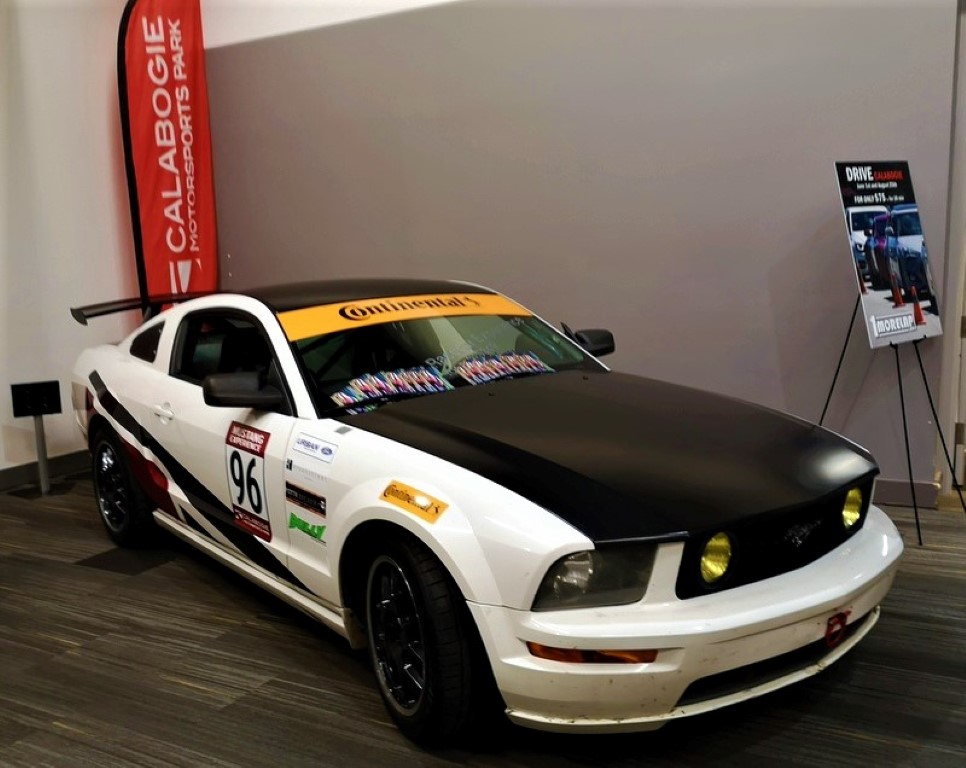 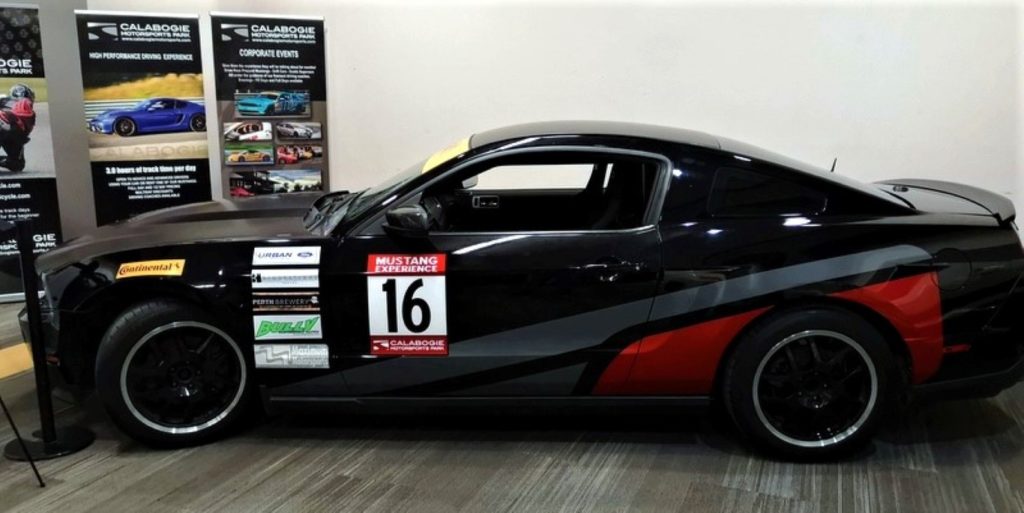 I met up with my friend Greg Van Dalen who was there taking care of the Calabogie Motor Sports Park stand.

He had the  Mustangs on show that can be rented for a speed drive round the circuit.

I spent a couple of hours at the show before heading for home.

On Saturday I was back at the Cornwall Civic Center , with Ron and the guys for another hockey game.

This time it was the NHL Alumni playing a team from the police. 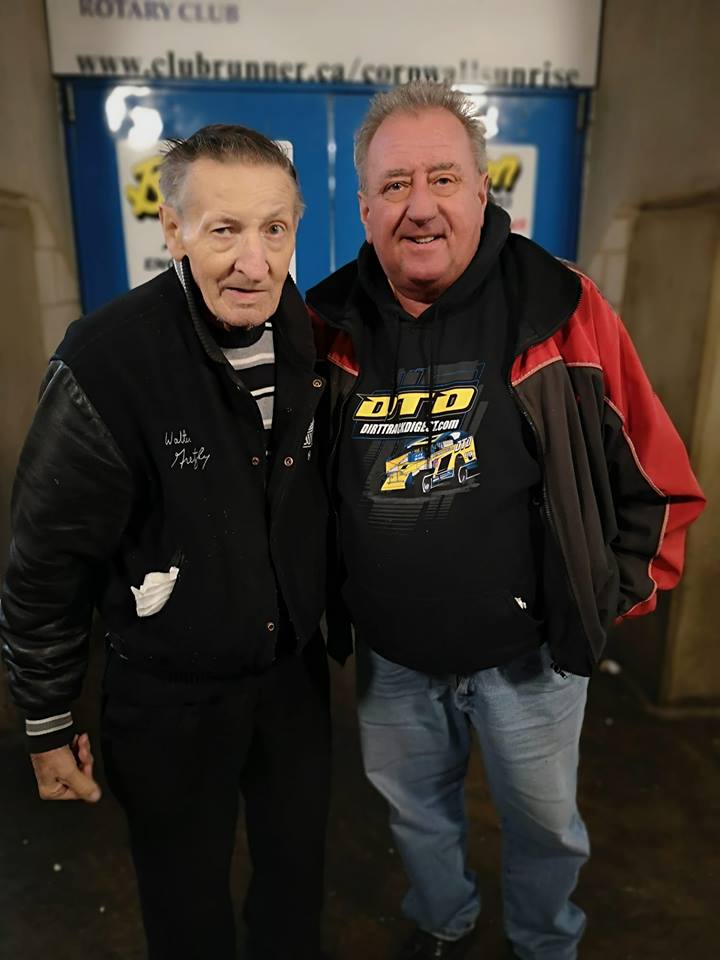 Among the V.I.P’s in attendance was Walter Gretsky, the father of the past Hockey Super Star ,  Wayne Gretsky.  I had the pleasure of meeting him.

On Sunday (24 March) my buddy Don Simpson invited me to join him on a trip to St Hyacithe in Quebec to meet up with Steve Bernier and his Dirt Modified team.

Don was going there to take pictures and write an article for the racing media. 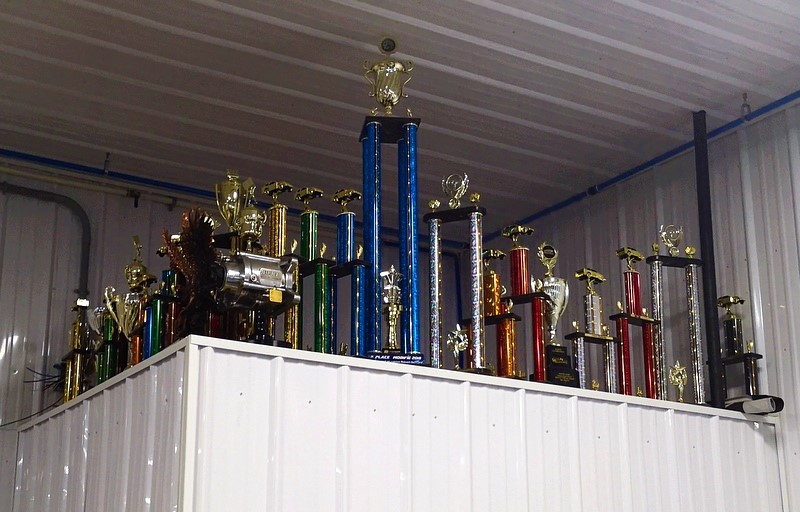 We arrived at their race shop at around 1-00 pm and spent about three hours there, enjoying their kind hospitality.

Drinks and a fine spread of snacks were waiting for us. 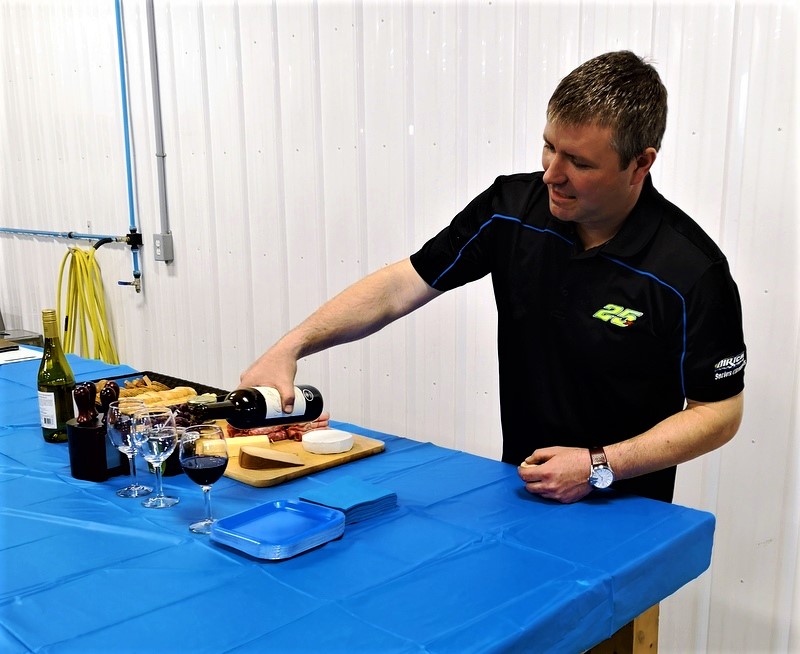 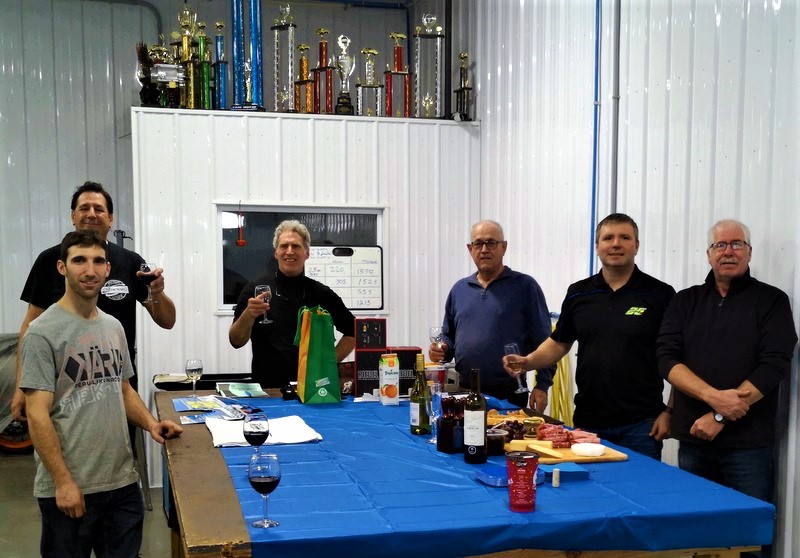 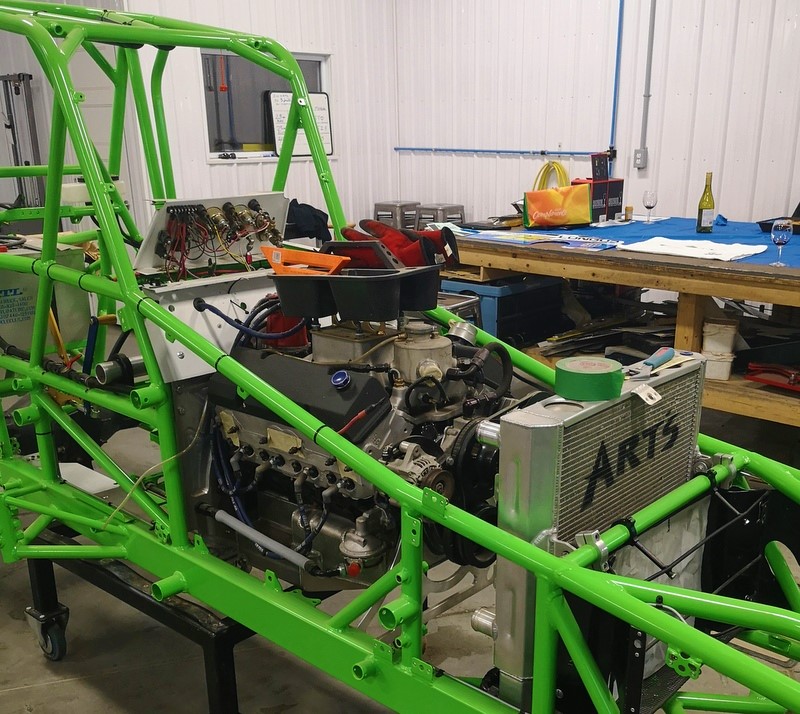 We had a very enjoyable afternoon and were made very welcome by Steve and his team.

Don dropped me back home in Cornwall around supper time, in good time to log in to social media to find out the days big dirt Modified news.

Anthony Perrego had taken the checkers at the Short Track Super Series at the Port Royal Speedway in Pa.

That then completes this report