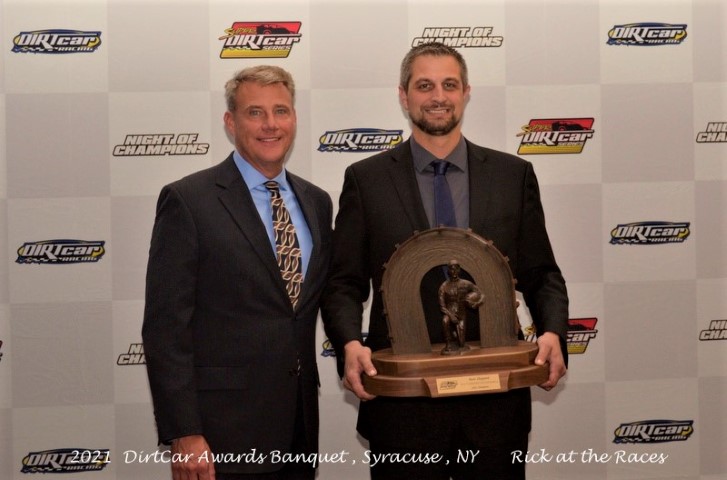 Like most years, the start of November was another quiet time, with not much happening for me.

Shortly after returning from my mothers funeral in the UK, I had a message from my good friend  and former NASCAR  driver Isabelle Tremblay. She was flying out to the UK the following week (11th Nov) to compete in the Formula Woman competition at the Bedford Autodrome.

I was particularly interested as Bedford and the surrounding area was my old stomping ground before I emigrated to Canada. 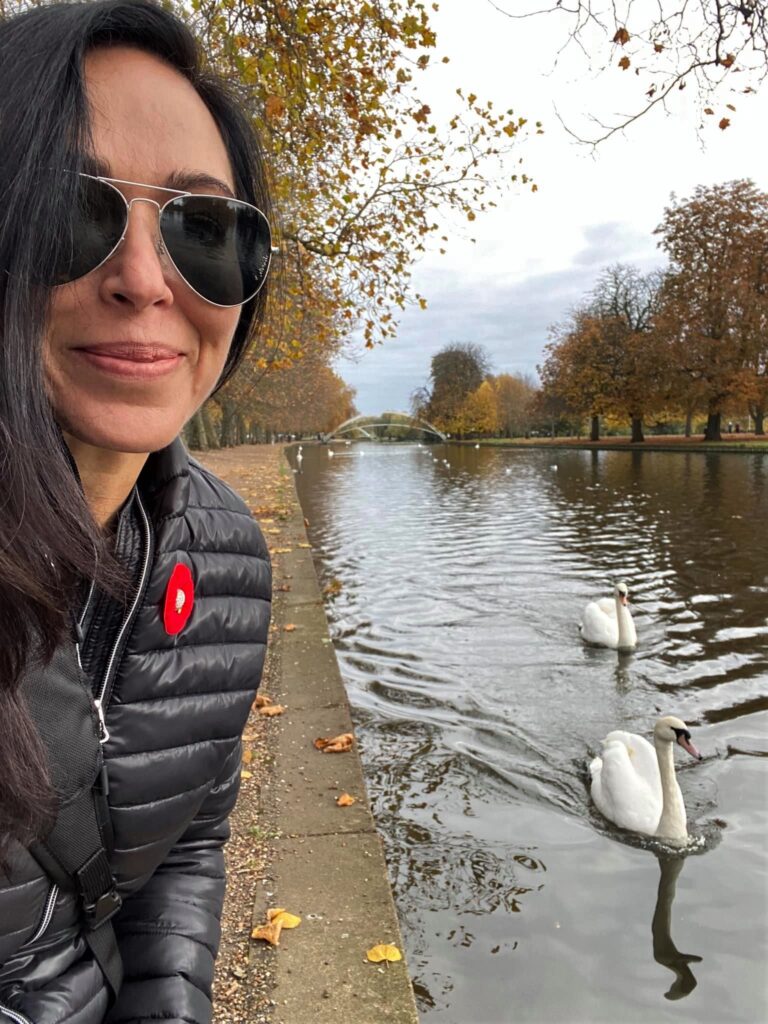 It’s a beautiful old town , where you can walk along the embankment beside the River Ouse .

The Bedford Autodrome wasn’t operational when I lived nearby. Back then it was part of an old WW2 airfield, that at one time was slated to become London’s third Airport. The Airport never materialized when Stanstead in Essex became the chosen location. 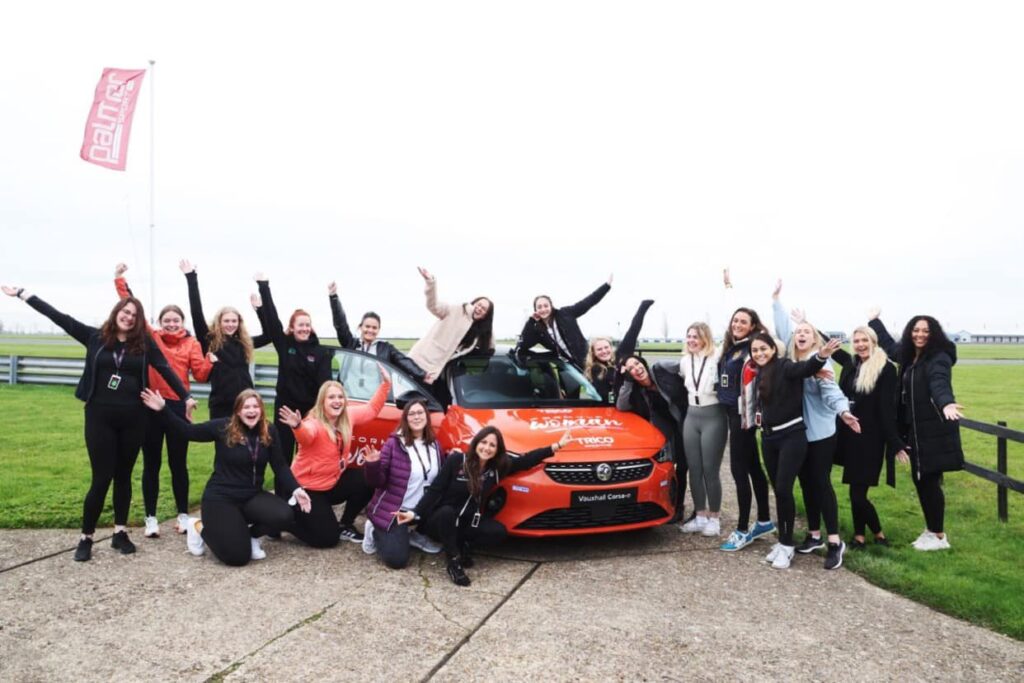 Since my departure from England, the land has been acquired by Johnathan Palmer and is now a private race track where the Formula Woman Competition was taking place.

On Friday the 19th of November, two of my local race teams were having a combined celebration party at the City Limits bar and grill in Cornwall.

My friends Cory Wheeler and Ryan Stabler  both won their respective championships at the Cornwall Motor Speedway this year. 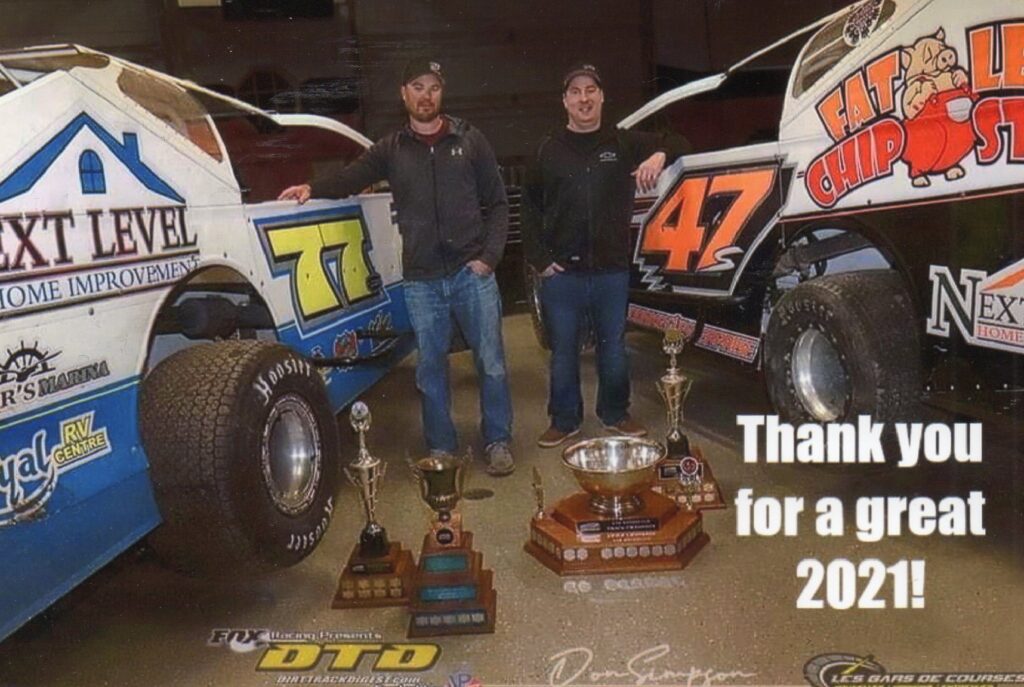 The two of them have been buddies since their childhood days, and this year Corey became the big winner in the Modified division while Ryan was tops in the Sportsman. 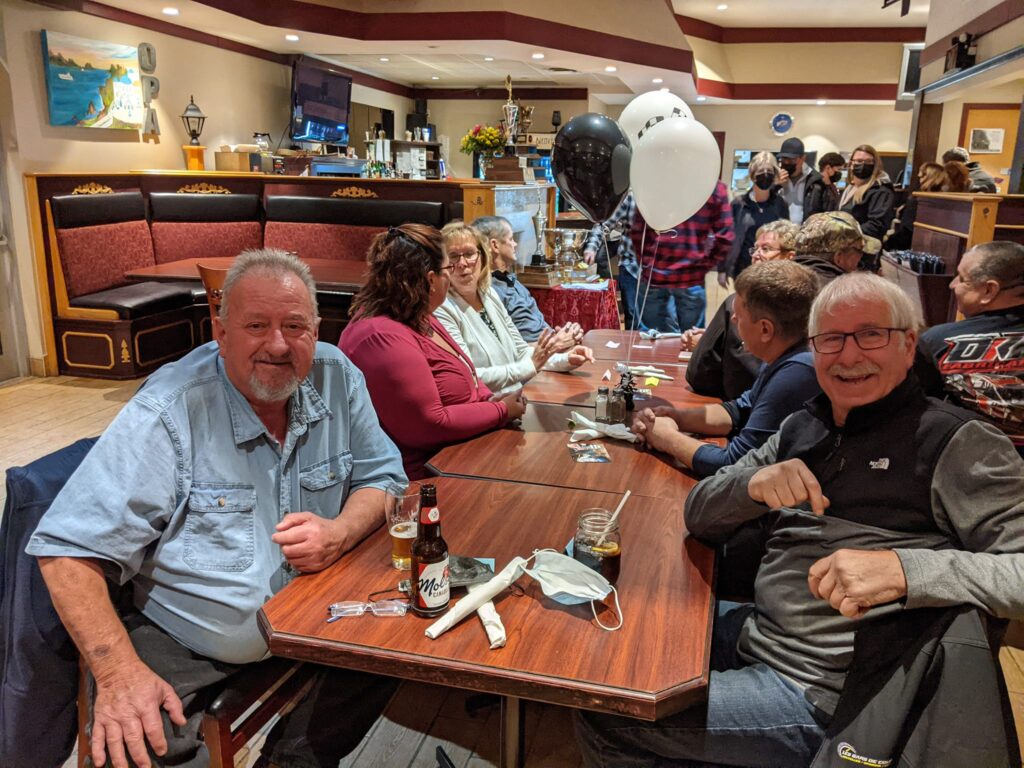 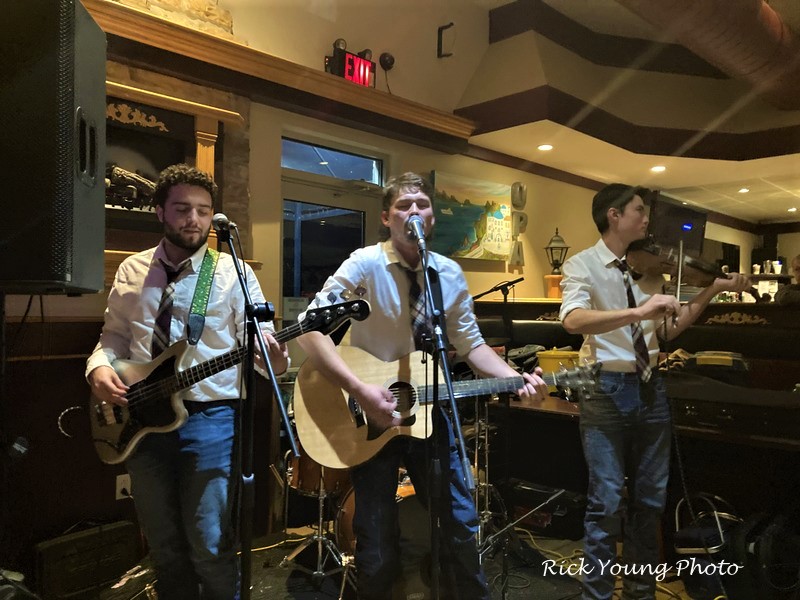 It was a great night and I was honored to be invited.

The next morning I was up bright and early for a trip I’d been looking forward to for a long time.

On the 1st of  March 2020,  unwittingly , I made my last trip to the USA for a long time . Don Simpson and me payed a visit to Sportsman driver Jamy Begor to check out his race shop near Plattsburgh New York.. 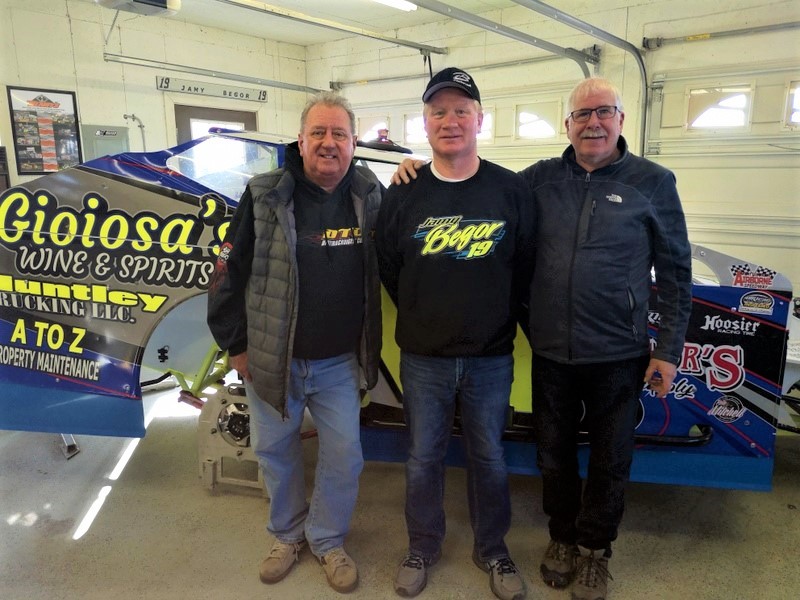 The CANADA/USA border was closed to non essential traffic , and my plans to attend the Mohawk International Raceway awards banquet on the 7th had to be scrapped. (in actual fact , the banquet had to be canceled)

The border restrictions remained in effect up until a couple of weeks ago when some of the rules were lifted. The land border reopened to fully vaccinated people , but the expensive and pointless PCR COVID test is still needed to return to Canada.

This test has to be done no longer than 72 hours prior to your return. This means that on short trips, if so desired , the test can be done before leaving the country. (The test requirement is due to be lifted after November 30th) 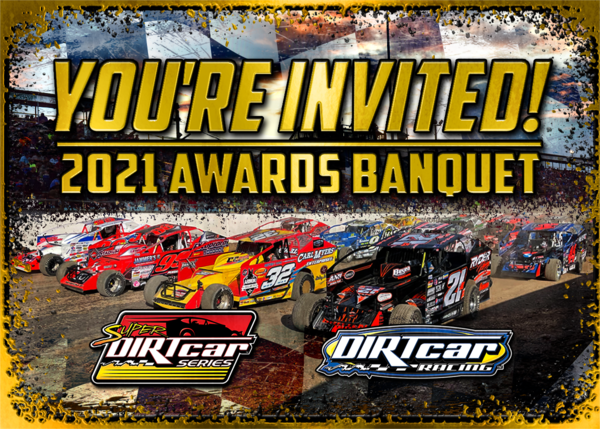 Once again,  I was invited to the annual  DIRTCAR awards banquet that was taking place on the 20th of November in  Syracuse NY .

Naturally , I didn’t want to miss out, so began the motions of planning my trip.

I booked an appointment for a PCR test at the Long Sault Pharmacy for 9-30 am on Friday the 19th of November. They told me the test results should be available in 24 hours.

I opted to have a hard copy of the results before leaving Canada , so arranged to pick it up on Saturday morning. When they opened at 10-00 am , I was there to pick it up. It was a negative result as expected, so with my car already packed and loaded, I headed straight for the border at Johnstown/Ogdensburg.

There was no problem at the USA border, with just the usual questions,  so in no time, I was happily on my way down route 37 to pick up the  I 81 at Lafargeville.

As usual the annual Race Parts Show was taking place in Syracuse, the same weekend as the DIRTCAR Banquet, so that was my first port of call.

I pulled into the parking lot at the NYS Fairgrounds at 2-00 pm and the first person I bumped into was Jamy Begor, who strangely enough was the last person I visited in the USA , over a year and a half ago. What a coincidence, and so uncanny .

As I walked into the exhibition hall, I bumped into Clement and Alex Therrien from Victoriaville, Quebec who told me they were there to buy a Sprint Car chassis.

Once inside it didn’t take long until I met up with other good friends. 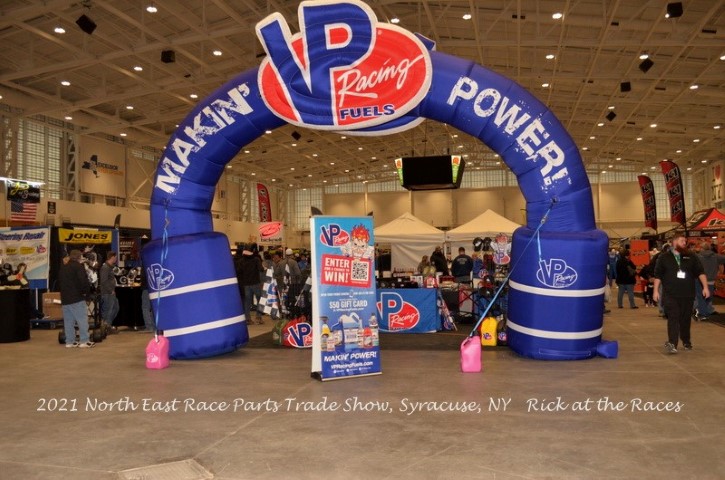 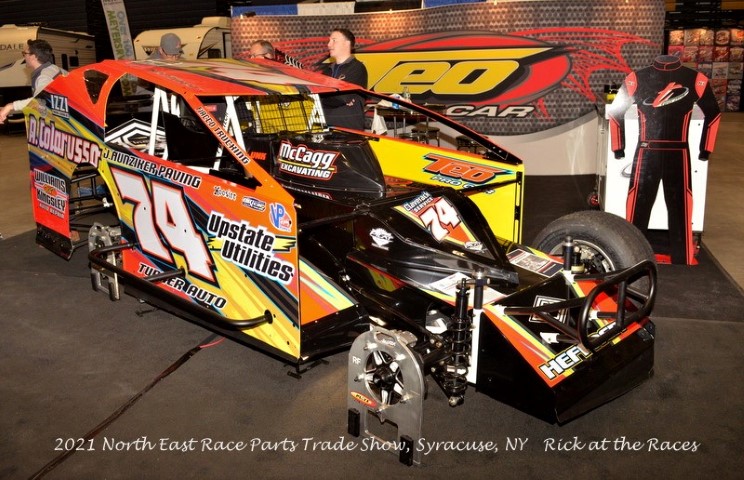 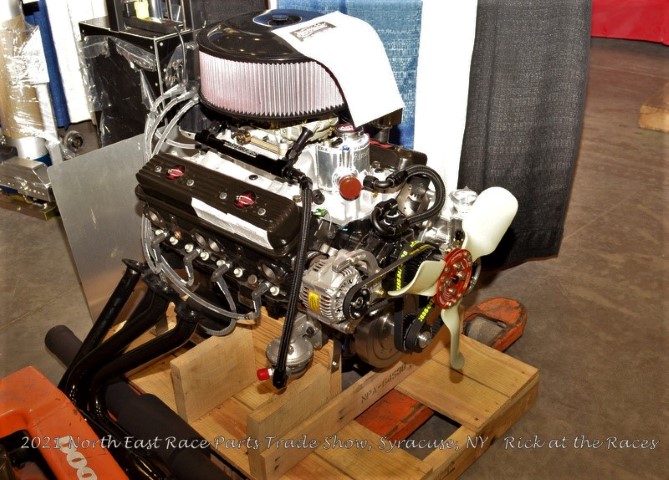 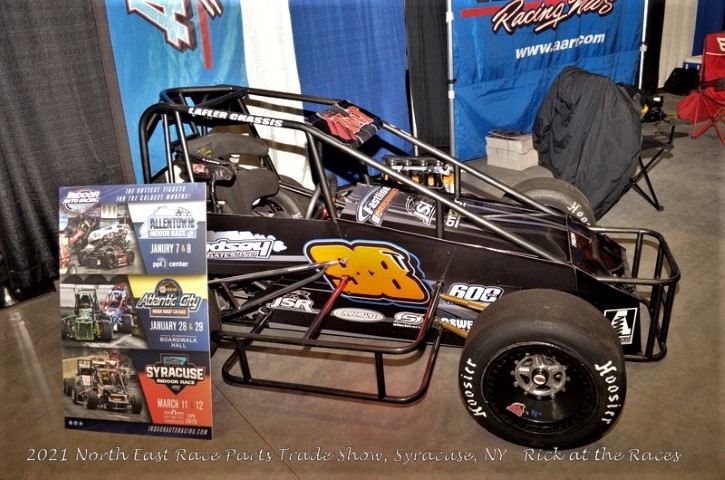 As normal there were plenty of vendors displaying their wares.

I hung around at the show until about 5-00 pm before heading out .

I stopped at the Mc Donalds in Liverpool to kill a bit of time before heading to the banquet.

With my trip being a last minute thing , and the high cost of the PCR test , I didn’t book a room at the Holiday Inn this time.

I got there at 6-15pm  and used the mens washroom to change into some tidy clothes.

Once again , it was so nice to meet up with many old friends that I hadn’t seen for so long. Especially Gina Fernez of DIRTCAR who arranges it all.

I’ve known Gina for many years and on one occasion back in 2016,  I dropped into see her in the DIRTCAR  office in Charlotte.

I was seated on a table with other Media friends , Mike Mallet , George Smith, Ken Dipple , Bill Moore Jnr and Lenny Sammons of A.A.R.N .

It was a superb meal as usual , and I was glad Mike was there to eat  the left overs on my plate  that I couldn’t manage LOL.

Once the presentations started , I joined the other three assigned photographers, George, Ken and Alex Bruce behind the stage for the official picture taking. 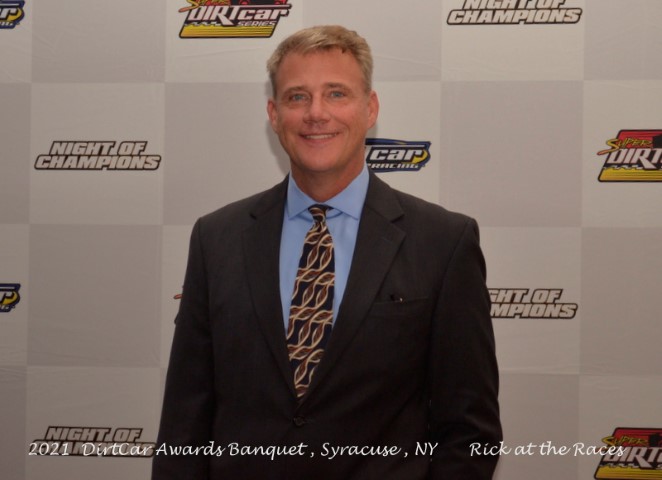 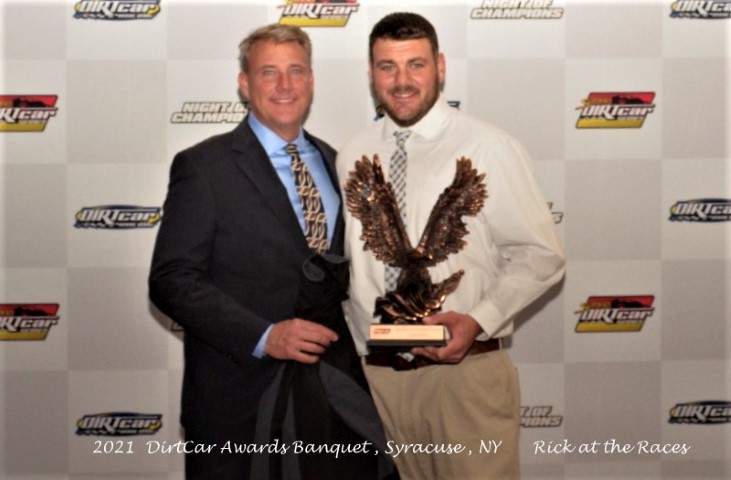 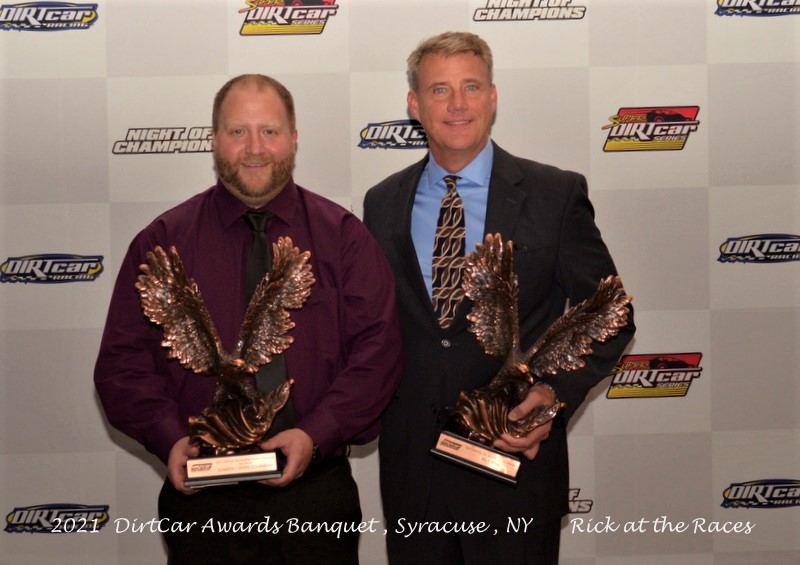 The presentations were all done , just after 10-30 pm, so I didn’t hang around for the party, and was straight out of the door.

I wasn’t sure what to expect at the Canada Customs so decided that  the Johnstown border crossing would be my best choice. ( 1000 Islands Lansdown is usually busy and Cornwall was further to drive on country roads)

This is where my problems began ,

All my papers were in order , Canadian Passport, Negative PCR COVID test and  I’ve been treble vaccinated.

Apparently an “Arrive Can App”  has to be filled out on line prior to arrival at your port of entry. I knew this had to be done for air travel but didn’t know it had to be done on short land trips for just a  few hours, especially when all health documents are in order.

It’s just another totally ridiculous rule that’s been put in place by the powers that be, that basically makes travel impossible for anyone without a smart phone.  It really annoys me that, rule makers these days always assume everyone is tech savvy and has a cel phone.

As I said , lucky for me,  I had a very nice and understanding  boarder guard who was able to get me through the mess. He must of realized I was a confused old guy with no clue about all this modern hi tech stuff.

Once things got sorted , my first stop to calm my nerves and de-stress was for a  Tim Hortons Coffee at the Upper Canada Services.

I was back home in Cornwall just after 2-00 am.

A note to all others that are looking forward to heading over the border. The mandatory PCR test comes to an end for short trip travelers after the 30th of November but there will still be hoops to jump through.  So , a word of warning , The  ‘Arrive Can App’ still has to be filled in, even if you are only out of Canada for a two hour shopping trip ,