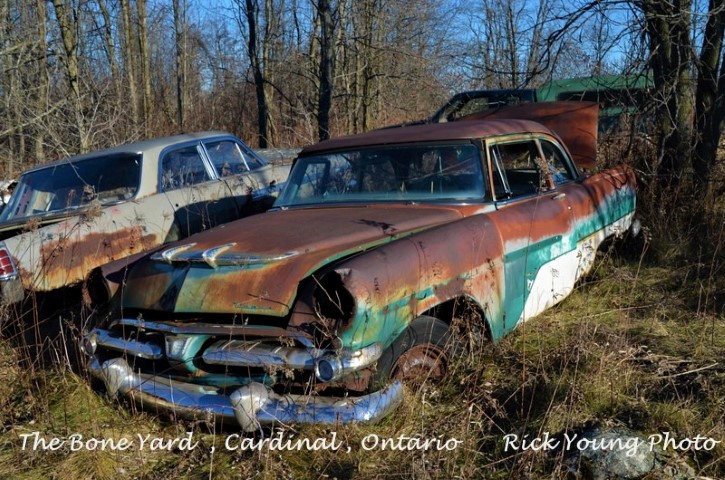 Well,  December 2021 ended up as one of my worst Decembers in my lifetime.

The month started off  OK  , with the Covid restrictions beginning  to ease up and a light could be seen at the end of the tunnel .

I was getting excited about taking a drive down to Raleigh , North Carolina at Christmas to see my daughter and grandkids. I haven’t seen the grandkids, Benji and Sophia for two years.

During the  first week of the month , to relieve my boredom, it was time for  Rick @ the River once again. 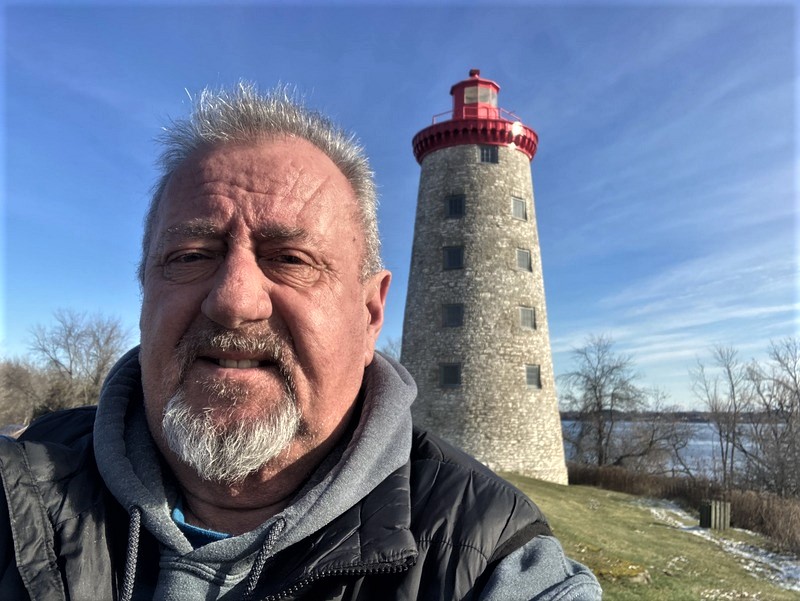 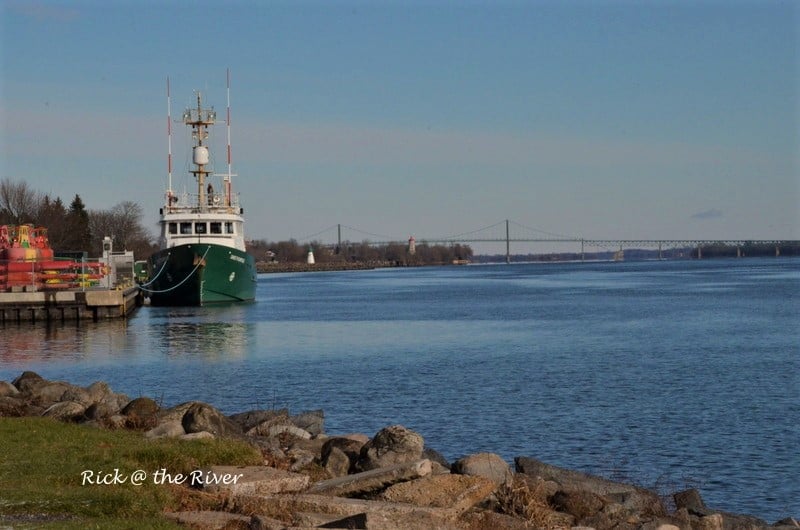 I took a short drive down to Prescott to take a few river pictures.

The following weekend (11th /12th Dec)  was a busy one. With some border restrictions lifted, the Canadian Government now allowed citizens who were fully vaccinated to visit the USA for up to 72 hours without the need of the expensive PCR test to return to the country.

Things were looking up, so I decided to go for a ‘dummy run’ to make sure I’d figured out how to do the annoying and mandatory Arrive/Can App that needs to be filled out before returning.

So on Saturday morning , I filled out the App and crossed the border into the USA from Cornwall, which is only about a mile from my house. There were no problems getting into the USA , just like last months trip when I went to the DIRTCAR Banquet in Syracuse . The worst part of border crossings at the moment seems to be  the hassle for Canadians trying to get back home.

My first port of call , once in the USA was to check out the Mohawk International Raceway, a place I’d not been to for over two years. It’s less than a mile from my house, and just across the St Lawrence River, 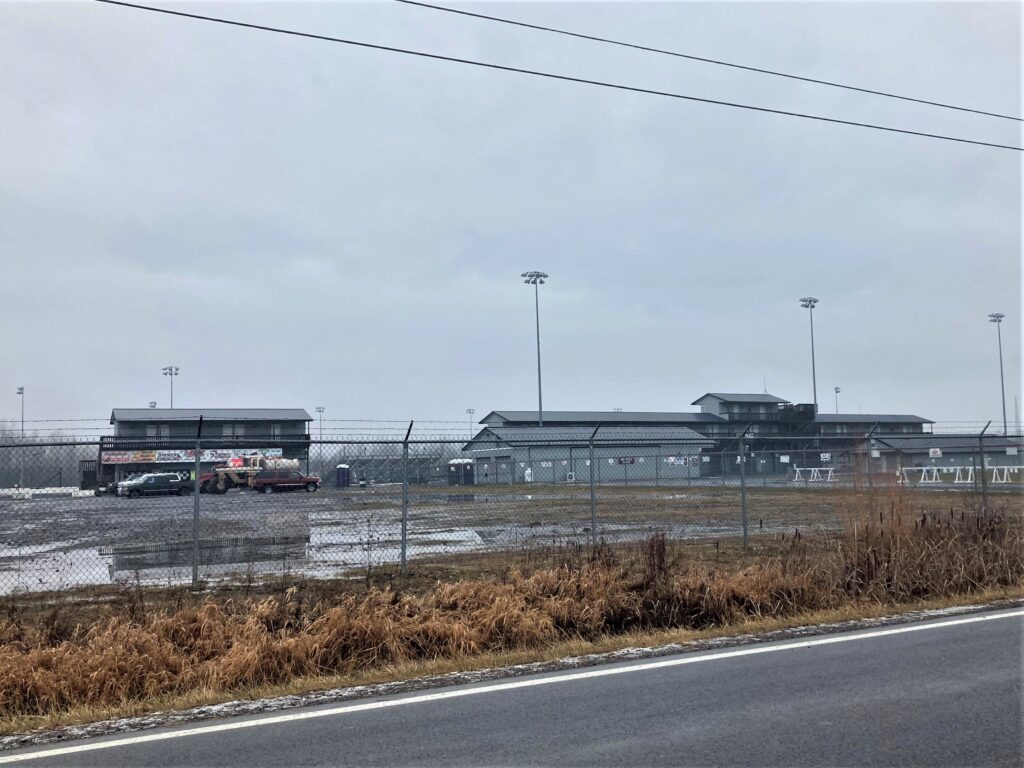 I didn’t expect to see anyone there, but to my surprise , promoter John Lazore was in the pits doing some work .

It was a lovely day, so from Hogansburg , I  had a relaxing drive to Plattsburgh , with the sun-roof open, 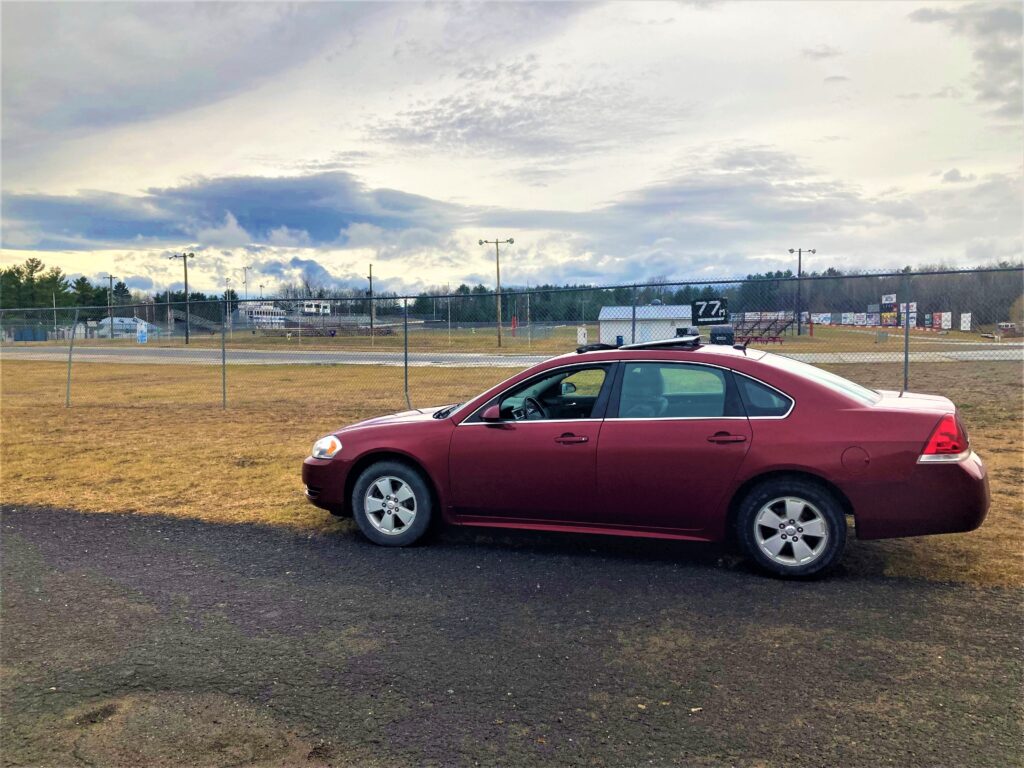 Next stop was the Airborne Speedway, another track I’ve been forced to be absent from for two years.

After a bite to eat in the Plattsburgh Panera Bread I headed back to the border.  I expected it to be plain sailing with my Arrive/Can App filled out , and everything else in order.

No !   wrong again,  Instead of everything being automatically sent from the App to when I showed my passport at the border, the officer still had difficulties , and I was asked to look up my verification code,  What a mess , all this is !

The next day (Sunday) I set off early to Cardinal , Ontario to visit ‘The Bone Yard’ . 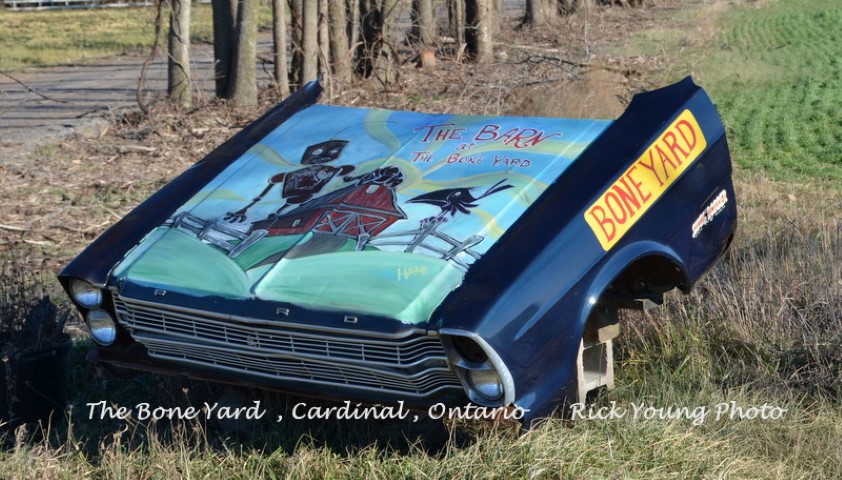 This is a spare parts scrap yard for antique cars that is owned and operated by Joe Martell.

On a few occasions during the year he opens the place to photographers , as a charity fund raiser. 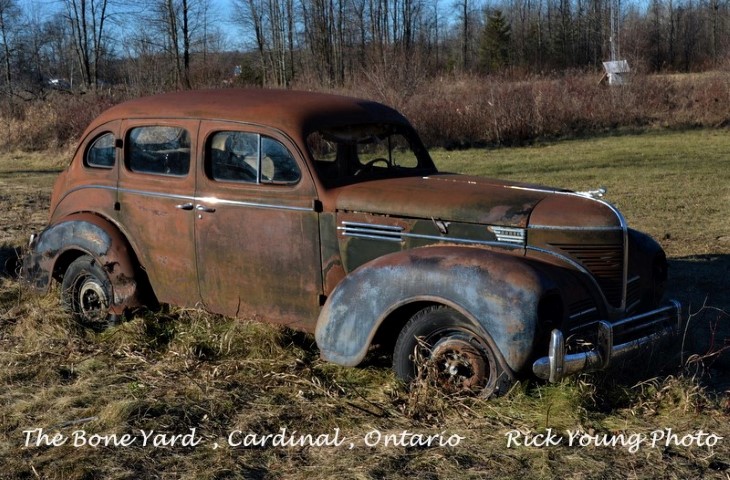 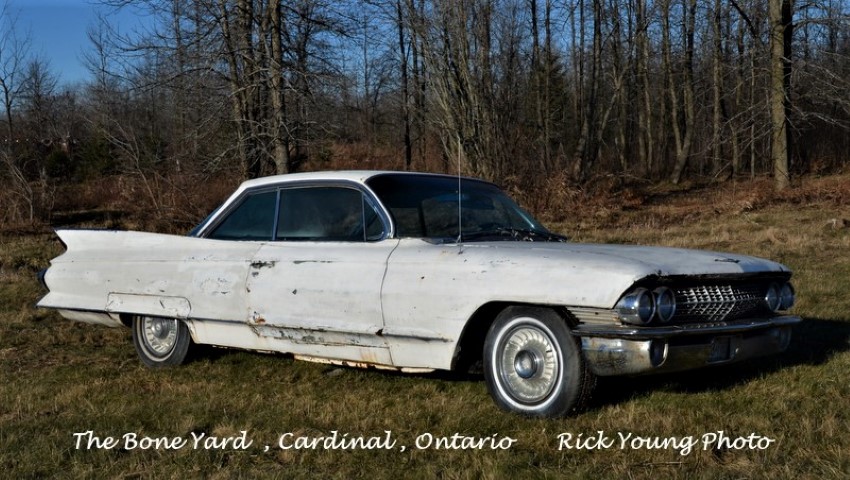 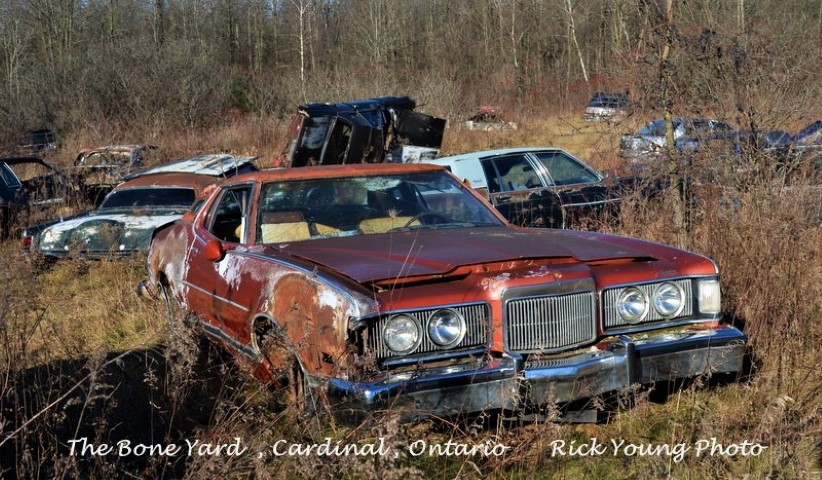 I booked my visit, and the only stipulation was that I made a donation to the local food bank. This I did with pleasure.

. Check Out The Pics In My Gallery.

With this going on in the morning, it meant that I missed out on the live TV coverage of the final  F1 Grand Prix,  in Abu Dhabi,  where Max Verstappen clinched the Championship from Lewis Hamilton.

In the meantime, over the past weeks, the world media was buzzing with the fast spreading Omicron variant of COVID.

One again the Canadian rule makers were making it difficult for families to see each other . They advised against international travel and re-introduced the mandatory PCR test for short trips.

With my upcoming Christmas trip to North Carolina  I had to monitor the situation day by day. My plan was to leave home on the Tuesday 21st of December and return seven days later,  which I knew  would require the mandatory  PCR test to get back into Canada.

As case counts increased rules and regulations  were changing almost on a daily basis . South of the border , it was getting more difficult to get PCR tests as Omicron got worse.

So with my car packed with gifts and ready to , I reluctantly pulled the plug on things with just two days to go.

I didn’t want to take the risk of being stranded in the U.SA .  I have hospital IVIG infusions booked in Cornwall,  for the first week in January , so if further border restrictions were to come in,  while I was away , or I got forced into quarantine, then I would be well and truly  screwed. That was Grinch that spoiled my Christmas.

On the day I should of been cruising down Interstate 81 towards Raleigh, I was in Ottawa with my buddy Don Simpson doing something a bit different. 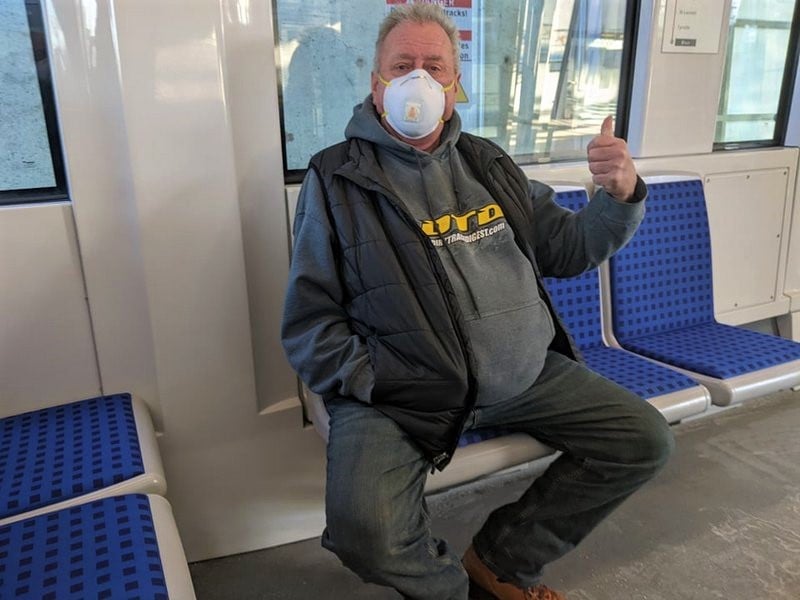 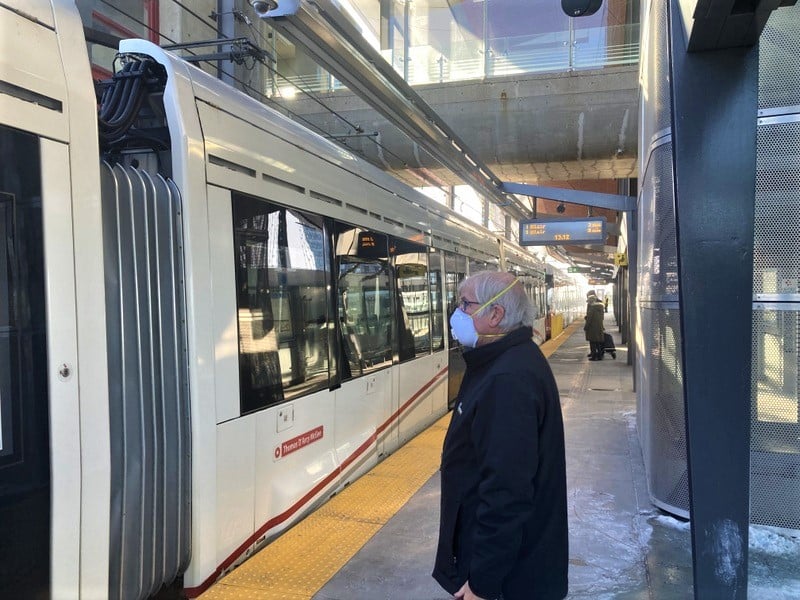 Normally you will find us taking pictures of race cars, but not this time. 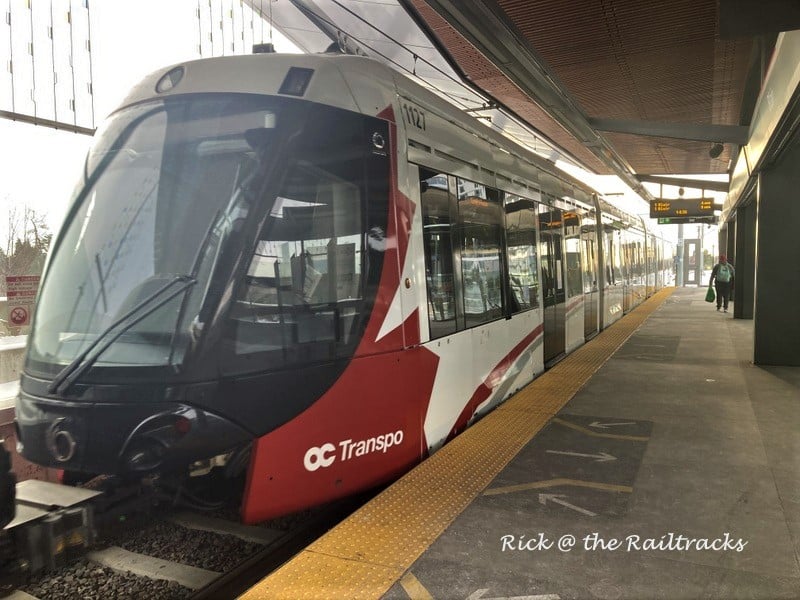 After watching on our local CTV NEWS Ottawa  the trials and tribulations of the cities ‘new’ and beleaguered LRT over the past year, we decided to go for a joy ride. To boost peoples confidence travel is free during the month of December, The perfect time to try it out.! 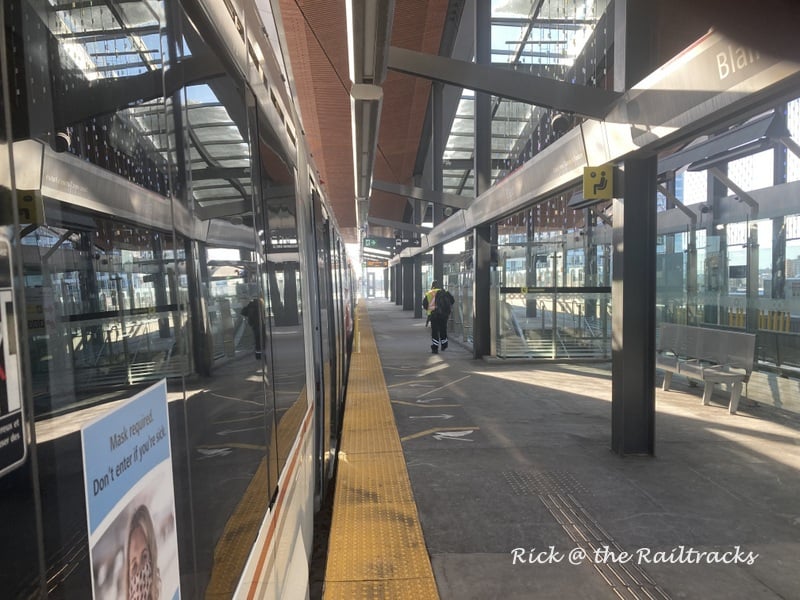 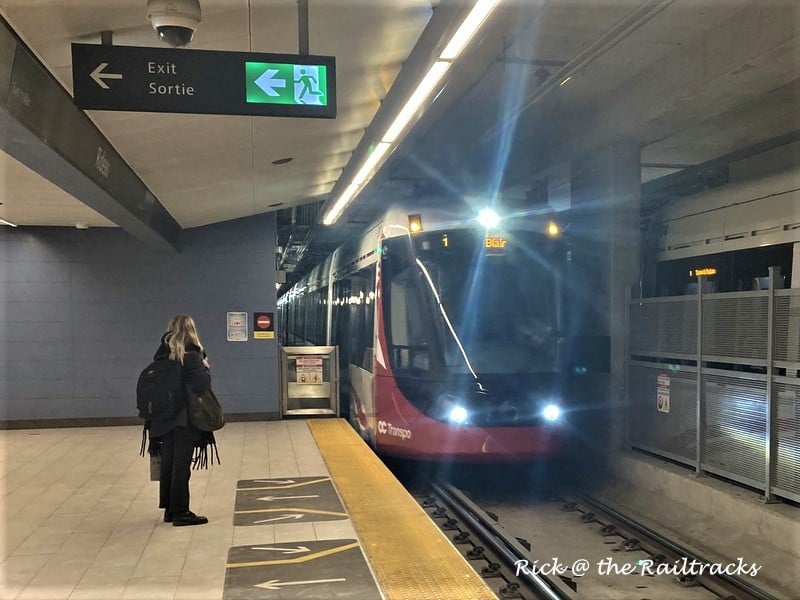 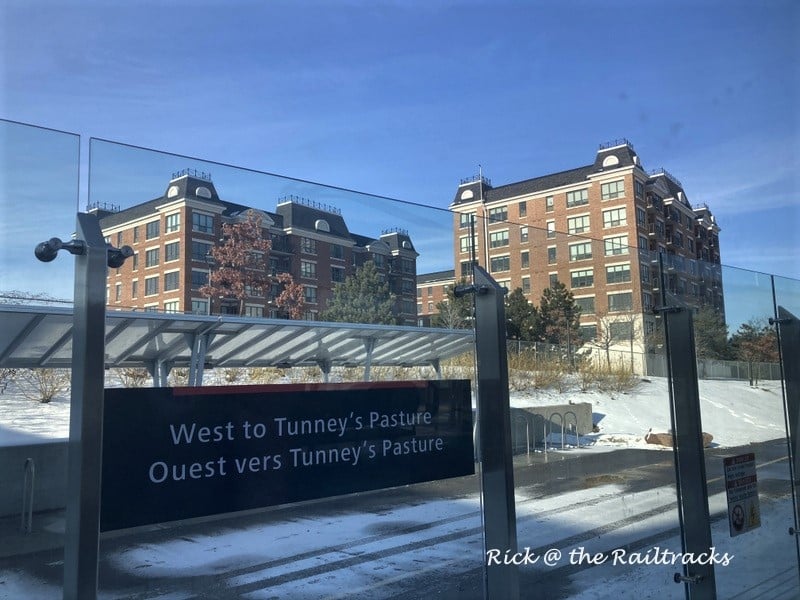 On the return trip  we got off at Parliament Hill (Queen Street) took a few pictures before getting back on board at Rideau , and heading back to Blair . 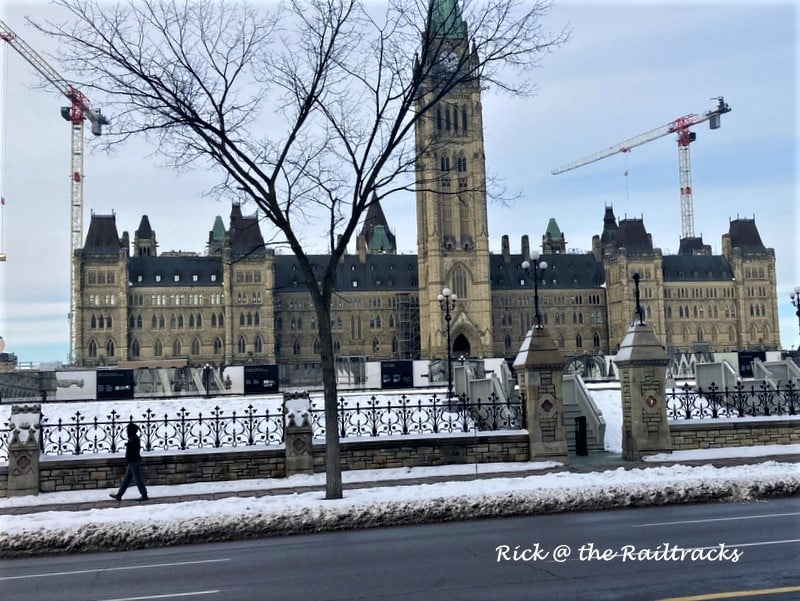 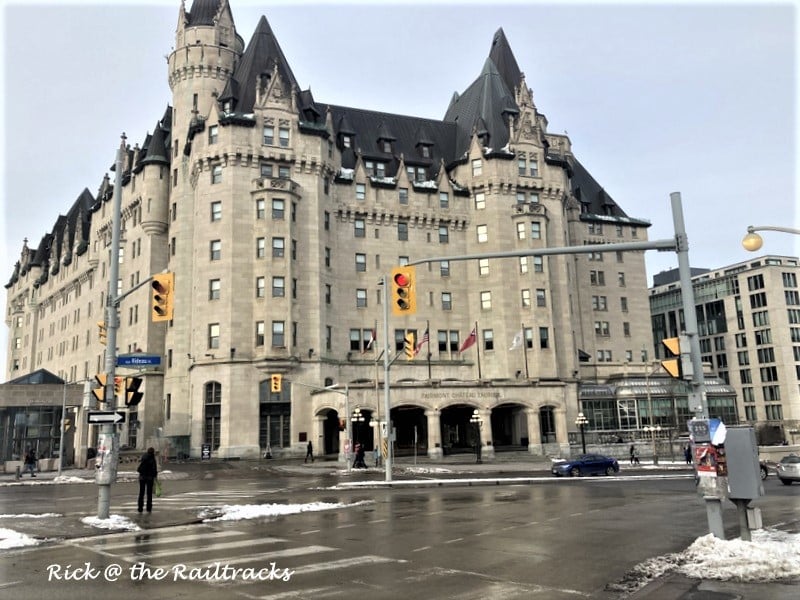 I was quite impressed with the LRT , it was quite an experience for two bored old guys 🙂

So with COVID travel restrictions in place , that also led to the cancelation of televised NHL games,  Christmas of 2021 will go down as one of the worst in my memory.

Christmas Day Morning was spent taking a short drive down to the water side at Morrisburg. I got there just in time to catch the ‘Lake Erie’ passing by. 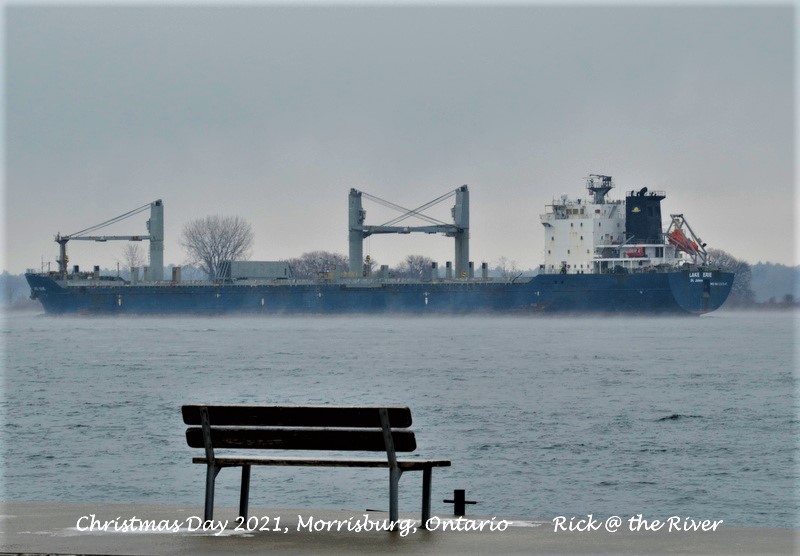 As the end of the year drew closer,  on Wednesday the 29th of December , I set off on another little road trip.

Three diecasts, that I’d been hunting for became available in Toronto, so with nothing to do, and again needing something to relieve  the boredom  off I went.

After picking up the Dinky Toy BBC TV van, Cunningham sports car and Corgi Toy Walls Ice Cream van in Scarborough,  I stopped off at Port Hope to see the sights and have some lunch. 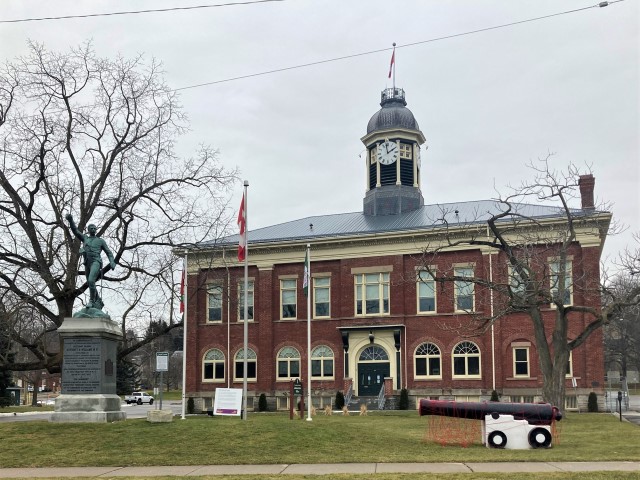 Happy New Year to everyone,  let’s hope it is !