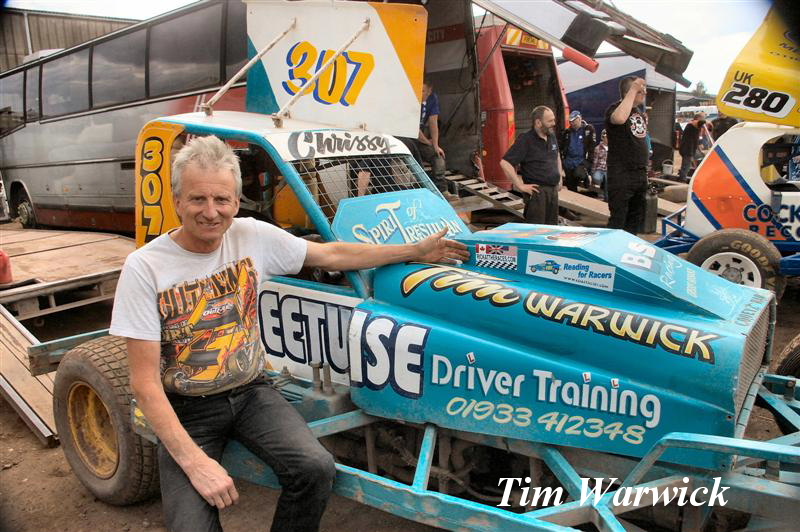 R.I.P Tim Warwick
On Saturday 15th of May, I was deeply saddened to get messages from  close friends in the UK  informing me that my long time friend Tim Warwick had passed away after a freak accident while working on his stock car.
Tim had been a good friend since the 1970’s when we were teenagers, travelling all over England to watch our beloved BriSCA Stock Car Racing, He was in his Ford Cortina covered in decals , and me in my Hillman Minx.
I lived in Dunstable and Tim was from nearby Bedford.
We would bump into each other  at tracks all over the country.
Over the course of time, we both took up racing BriSCA F1 stock cars, but a long after I quit, Tim was still out there, continuing with his  passion for racing . 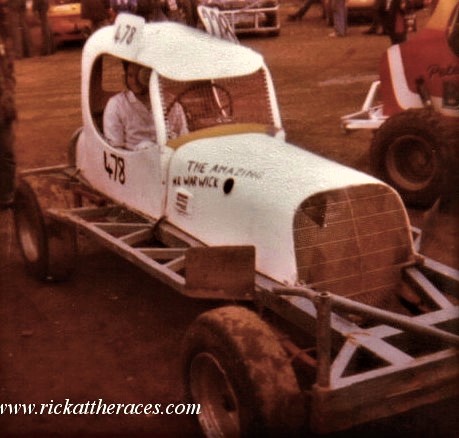 We also had another connection, as professional long haul truck drivers. Quite often we would meet up at the mid-week races at the Sheffield Stadium and our trucks would be parked next to each other for the over night stop.
Even after I emigrated to Canada in 1994 we remained good friends and on my return visits to the UK his stock car would always be one of the first places I’d head for, when wandering around the pits. 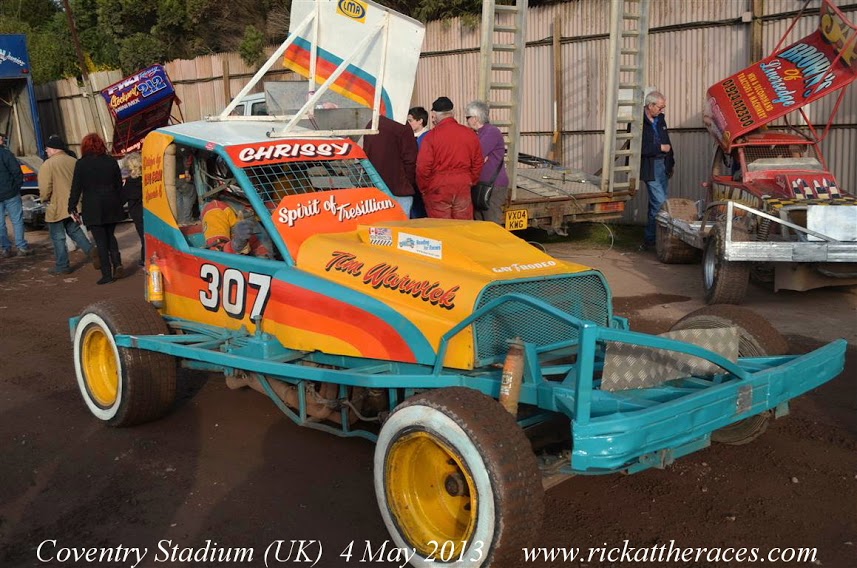 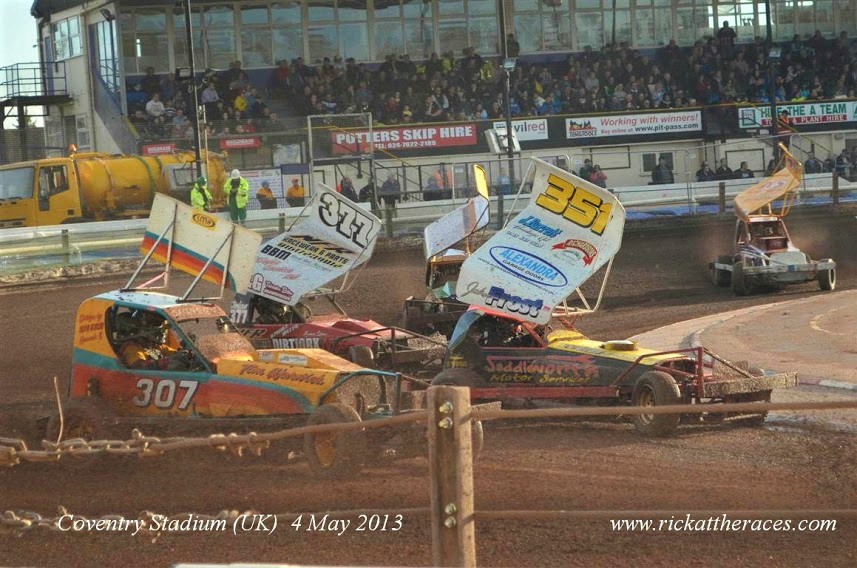 He was liked by everyone and was one of the few drivers, who took the time to honor the ‘Final Meeting’  at the Wimbledon Stadium  that I attended in March 2017 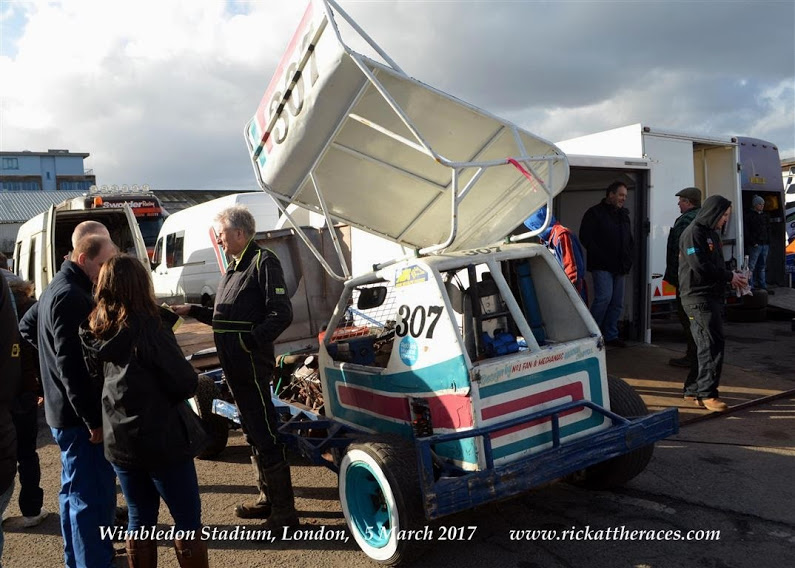 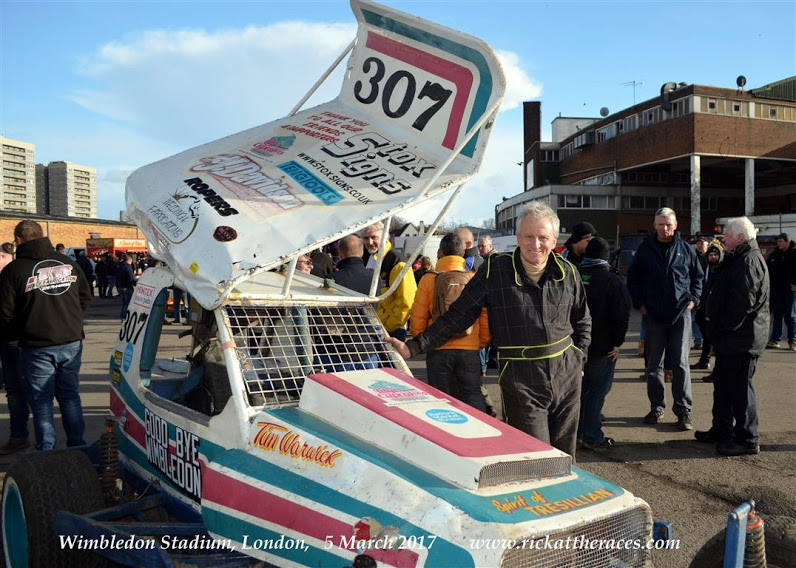 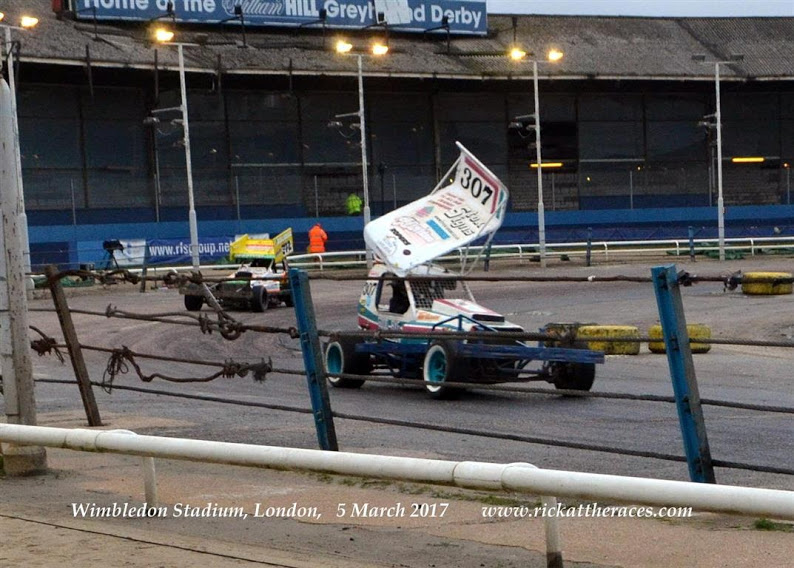 On my last trip back to the UK in  November of 2017 , I visited the Stoke Stadium, Tim wasn’t racing that night due to car problems, but he was there watching. We spent the night in the bar, chatting and drinking just like old times.
My thoughts and sympathies go out to Chrissy and the family